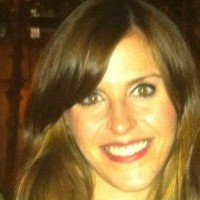 There’s nothing better than visiting New York in the fall—especially if that visit entails a stay at a brand-new hotel. Fortunately for us, the Big Apple has plenty to book this season, each one boasting its own perks, from James Beard Award winners to Brooklyn’s very first ballroom. But perhaps the biggest reason to book any of them? Their small-scale, “go boutique or go home” philosophies. Here are five of the city’s best new boutique hotels to visit now. 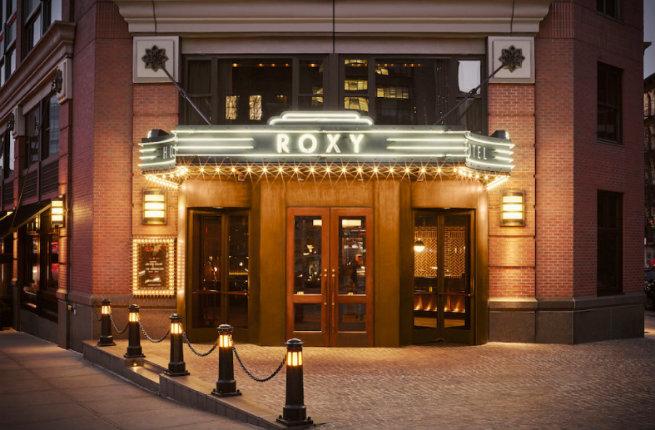 Renowned for attracting the film and music industries’ finest, this property (formerly the Tribeca Grand) is undergoing a complete transformation that is expected to wrap in October 2016. Visitors can expect several new outposts, including the Django, an underground jazz club intended to channel the energy of a classic Parisian boîte through a solid cocktail list and nightly performances by renowned talent. When you do call it a night, you’ll be retreating in style: Local designer Briana Stanley outfitted 201 rooms with an array of fun details, from Marshall Bluetooth speakers and curated vinyl records, to Frette bathrobes and modern technologies like Roku. 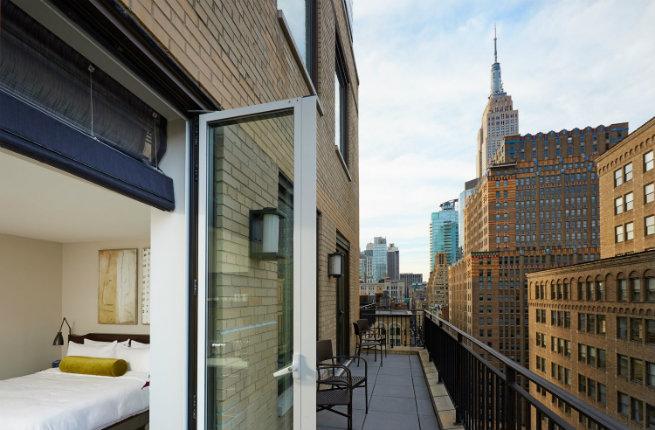 The Marmara Collection hotel group debuted their newest property in a neighborhood alive with energy but hungry for character: Midtown South. As such, the team called upon local artist and designer Joe Ginsberg for an aesthetic overhaul of the space, a 21-story building dating back to 1927. Ginsberg’s work resulted in clean and bright details throughout, coupled with striking grandeur, as evidenced by the lobby’s 14-foot fireplace, soaring ceilings, and an artful display of white birds in flight. There’s no shortage of onsite amenities here—between a wellness center, spa, and a subterranean pool, it’s easy to escape the hustle and bustle awaiting outside. 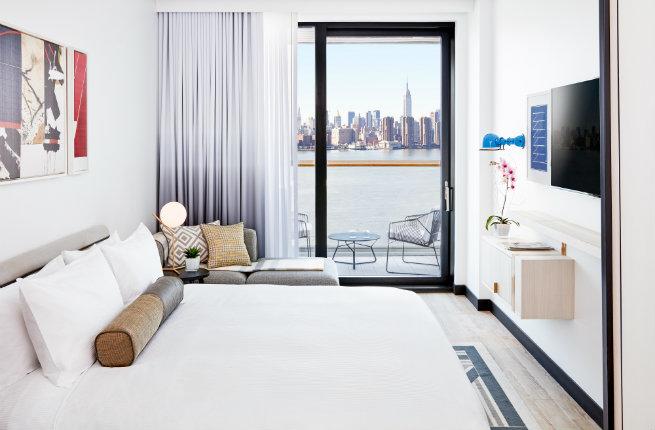 We have a strong feeling that this hip hotel, opened just weeks ago in the heart of Williamsburg, is going to be one of the borough’s toughest bookings. Food and beverage are currently led by NoHo Hospitality Group and celebrated chef Andrew Carmellini, but soon enough he’ll have company: Wylie Dufresne is plotting an on-site opening for Du’s Donuts and Coffee, his take on daytime fare. Studio Munge is behind the premise’s eye-catching design, which showcases local artists throughout the 183-room, 21-story space. And while we’re on the topic of size, let’s not forget about the pool: at 60 feet, it clocks in as the longest in the city. We’ll swim to that. 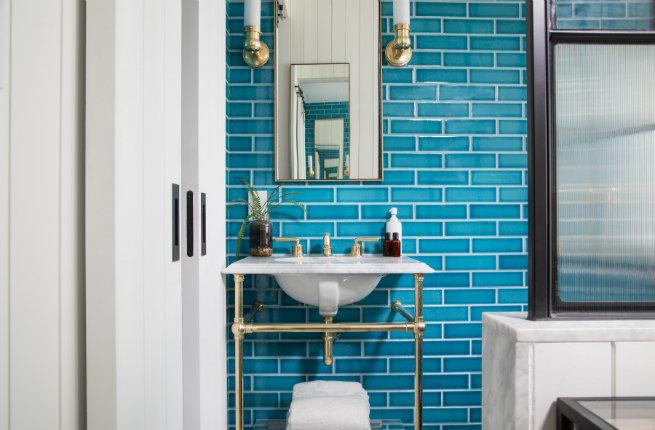 It’s all about nonstop entertainment at this forthcoming Brooklyn project, set to open later this fall. Three watering holes are on tap for visitors, including a private bar for hotel guests, a subterranean lounge, and a replica water tower bar meant to honor the neighborhood’s wooden water tower factory. Once hunger strikes, settle into the Harvey, the hotel’s signature restaurant that will be run by chef Adam Leonti, who formerly ran the show at Vetri in Philadelphia. Soho House members (and wannabe members), rejoice: The same team that brought you Babington House and Soho House Berlin is responsible for the look and feel of the grand ballroom (the neighborhood’s very first) and the 150 rooms, each containing plenty of industrial-meets-rustic charm. 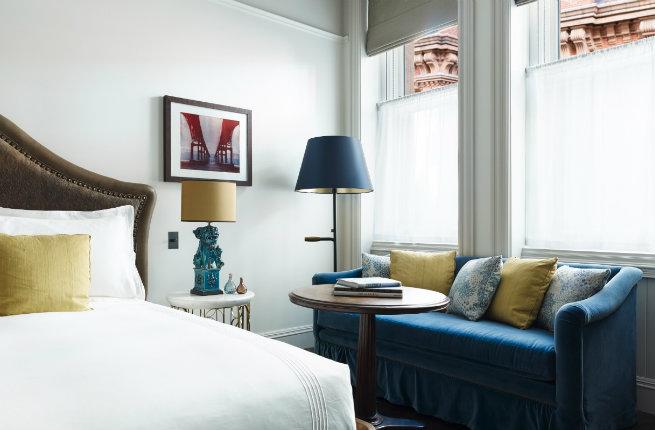 With so much history surrounding this 1881 site—it was home to the New York City debut of Shakespeare's Hamlet in 1871 and declared an official New York City Landmark in 1998 — there’s a lot to be said about what it’s housing today. Swedish interior architect and product designer Martin Brudnizki can be thanked for meticulous attention to detail throughout the 287-room space, and we ensure you won’t go hungry. Two James Beard Award winners—celebrity chef Tom Colicchio (Craft, Riverpark) and restaurant vet Keith McNally (Balthazar, Minetta Tavern)—are covering culinary ground with a total of three restaurants between them.