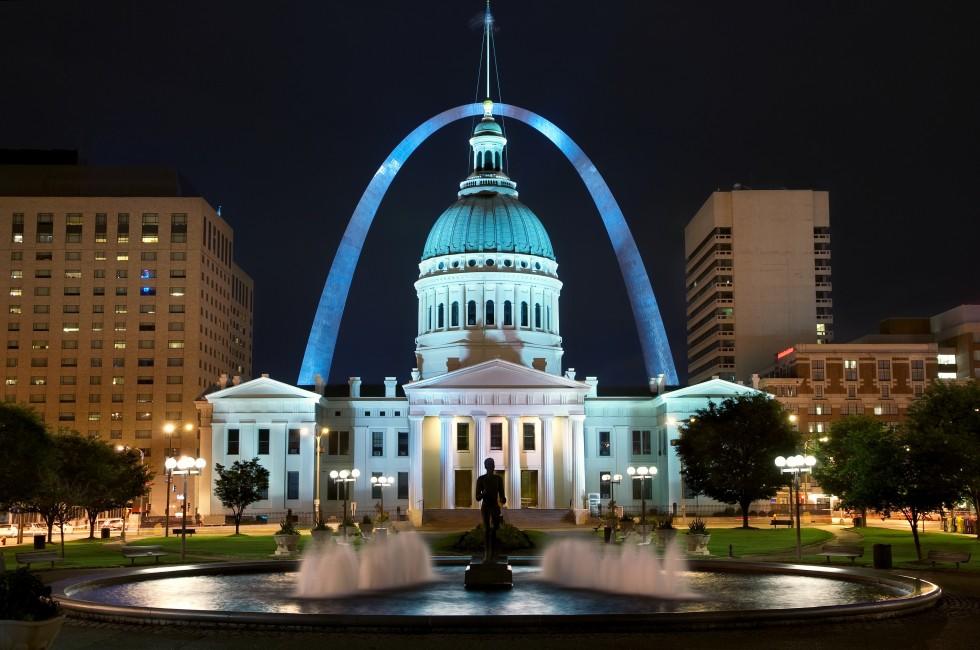 St. Louis is known as the Gateway to the West. This was certainly the case for Lewis and Clark, who stopped here for provisions during their famous expedition. In the years that followed, the city became a manufacturing center for wagons, guns, blankets, saddles, and everything pioneers would need on their journeys west.

St. Louis was originally settled by New Orleans fur trader Pierre Laclède in 1764 at the junction of the Missouri and Mississippi rivers. This location proved ideal, and St. Louis quickly surpassed its downstream neighbor, Ste. Genevieve, in growth—by 1860, the city had more than 160,000 residents.

Because of its size and location, St. Louis became a center for government and finance, and the 1904 World's Fair brought increasing growth and diversification to the local marketplace. The Roman Catholic Church dominated the religious life of early St. Louis, and it remains a powerful voice in the local religious, social, and political debates to this day. The city's educational institutions, including Washington University and St. Louis University, are global leaders in scientific and social research. Forest Park's Muny Opera is the largest open-air theater in the nation, and the St. Louis Art Museum is known throughout the world.

But St. Louis is indisputably a baseball town, and a fanatic love of the sport—and specifically the Cardinals—is a way of life for many here. Fans also support the NFL's Rams and the NHL's Blues, but rooting for the redbirds trumps everything.

10 Essential Eats in St. Louis
There’s more than just BBQ and beer in this gateway to the west. 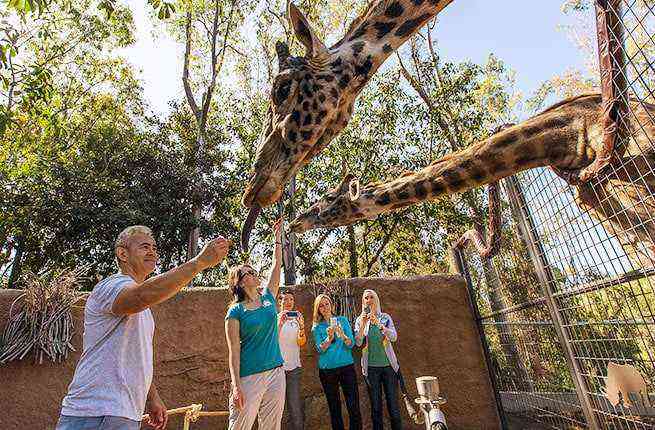 America’s 10 Best Zoos
These zoos deliver local wildlife experiences where endangered species are nurtured and the entire family can have fun. 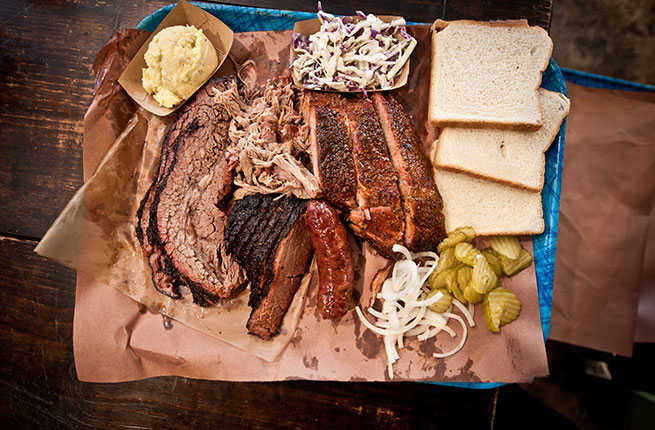 10 Styles of Barbecue in the USA (and Where to Get a Taste)
A smoking habit you won't want to quit!