Side Trips from New Orleans 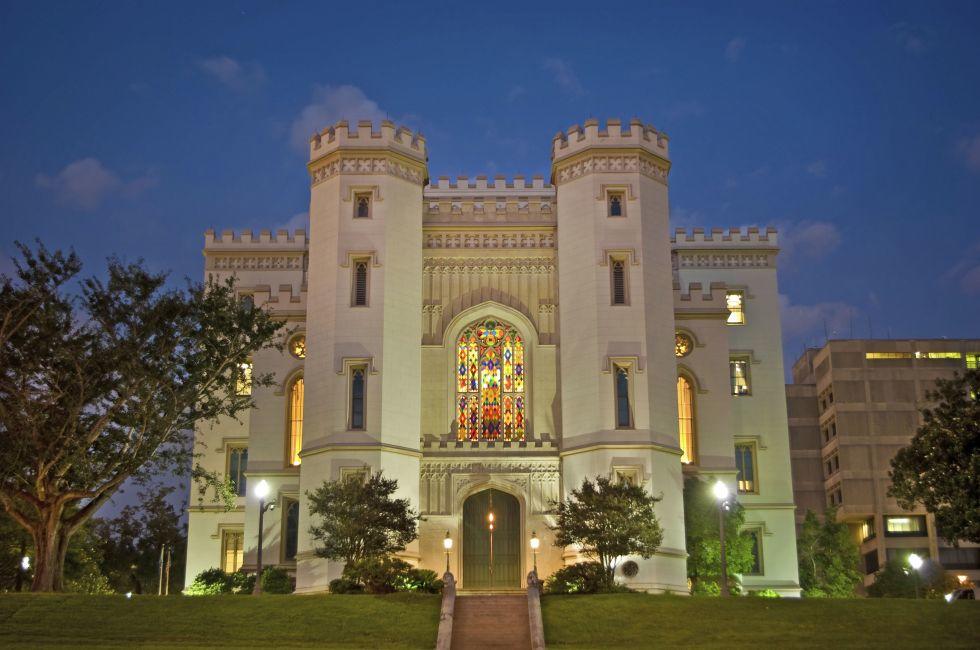 New Orleans has never been a typical old Southern city. But look away to the west of town, and you can find that antebellum world evoked by the term "Dixieland," which was coined here in the early 19th century. Anyone with an interest in the history of the Old South or a penchant for picturesque drives along country roads should spend at least half a day along the winding Great River Road, which the romantic ruins of plantation homes share with the occasional restored manor.

Popular day trips include tours of the swamps and brackish, slow-moving bayous that surround New Orleans—once the highways of the Choctaw, Chickasaw, Chitimacha, and Houma. Two centuries ago Jean Lafitte and his freebooters easily hid in murky reaches of swamp, covered with thick canopies of subtropical vegetation; it's said that pirate gold is still buried here. The state has a wild alligator population of about 1.5 million, and most of them laze around in these meandering tributaries and secluded backwaters of south Louisiana.

A variety of tour companies take groups to swampy sites a half hour to two hours away from the city center. Guides steer you by boat through still waters, past ancient gnarled cypresses with gray shawls of Spanish moss, explaining the state's flora and fauna and the swamp traditions of the trappers who settled here.

South Louisiana, the center of the Cajun population, is decidedly French in flavor. In small communities along the coast and in the upland prairie, Cajun French is still spoken, though just about everyone also speaks English. After a hard day's work fishing or working crawfish ponds, rural residents of Cajun Country often live up to the motto "Laissez les bons temps rouler!," or "Let the good times roll!"

Recommended Things to Do in Side Trips from New OrleansSEE ALL

Find the perfect tours and activities in Side Trips from New Orleans.

Recommended Hotels in Side Trips from New Orleans SEE ALL

Recommended Restaurants in Side Trips from New Orleans SEE ALL

Find the best food tours and activities in Side Trips from New Orleans.

What Do You Know About Louisiana’s Most Famous Soup?
This soup is the delicious result of numerous cultures and chefs contributing their own variations to this signature Louisiana dish.

Joyeux Noël, Y’all: Christmas in New Orleans Is Like No Other Place in the World
A region with a cultural history like nowhere else in the country has its own ways of celebrating the holidays.