Madam C.J. Walker was America's first self-made woman millionaire, born to emancipated slaves and defying all odds to build a beauty empire in haircare, a true example of the capitalist American Dream.

Maybe you saw the Netflix original miniseries Self Made: Inspired by the Life of Madam C.J. Walker last year, but for the full truth, read On Her Own Ground: The Life and Times of Madam C.J. Walker, a biography written by Walker’s great-great-granddaughter, A’Lelia Bundles.

Then, visit Indianapolis, and honor Walker’s legacy while learning about her rise to fortune at these stops.

The building where Walker’s legacy began completed more than $15 million in renovations in 2020, although it hosted only a few public events before it had to go virtual due to the pandemic. The Madam Walker Legacy Center is listed on the register of National Historic Landmarks and the main stage once hosted performers like Ella Fitzgerald, Patti LaBelle, and Nat King Cole. There are plans to have an in-person grand reopening in June that may include a family festival and Jazz on the Avenue black-tie dinner alongside R&B and gospel concerts.

You Are There 1915: Madam C.J. Walker, Empowering Women Exhibit

Madam C.J. Walker is the subject of the Indiana Historical Society’s current installment of its popular “You Are There” series, honoring Indiana luminaries with historical reenactments where actors portray Walker and other important individuals throughout her life, including her daughter A’Lelia, who helped grow her mother’s business. Guests can interact with the actors, who train for four weeks to immerse themselves in their historical roles. Currently, the museum and other attractions are at 25% capacity and the actors are wearing masks. 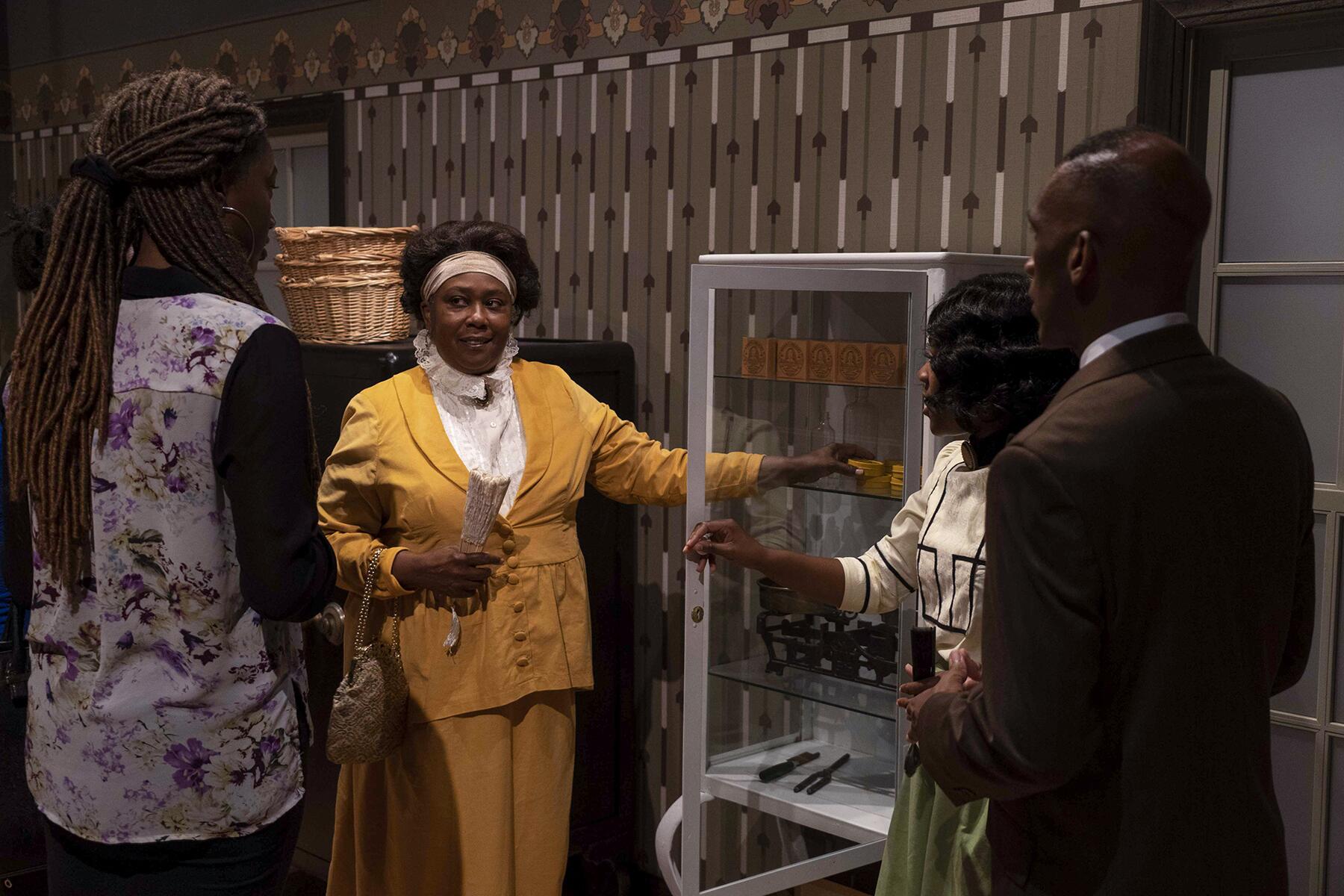 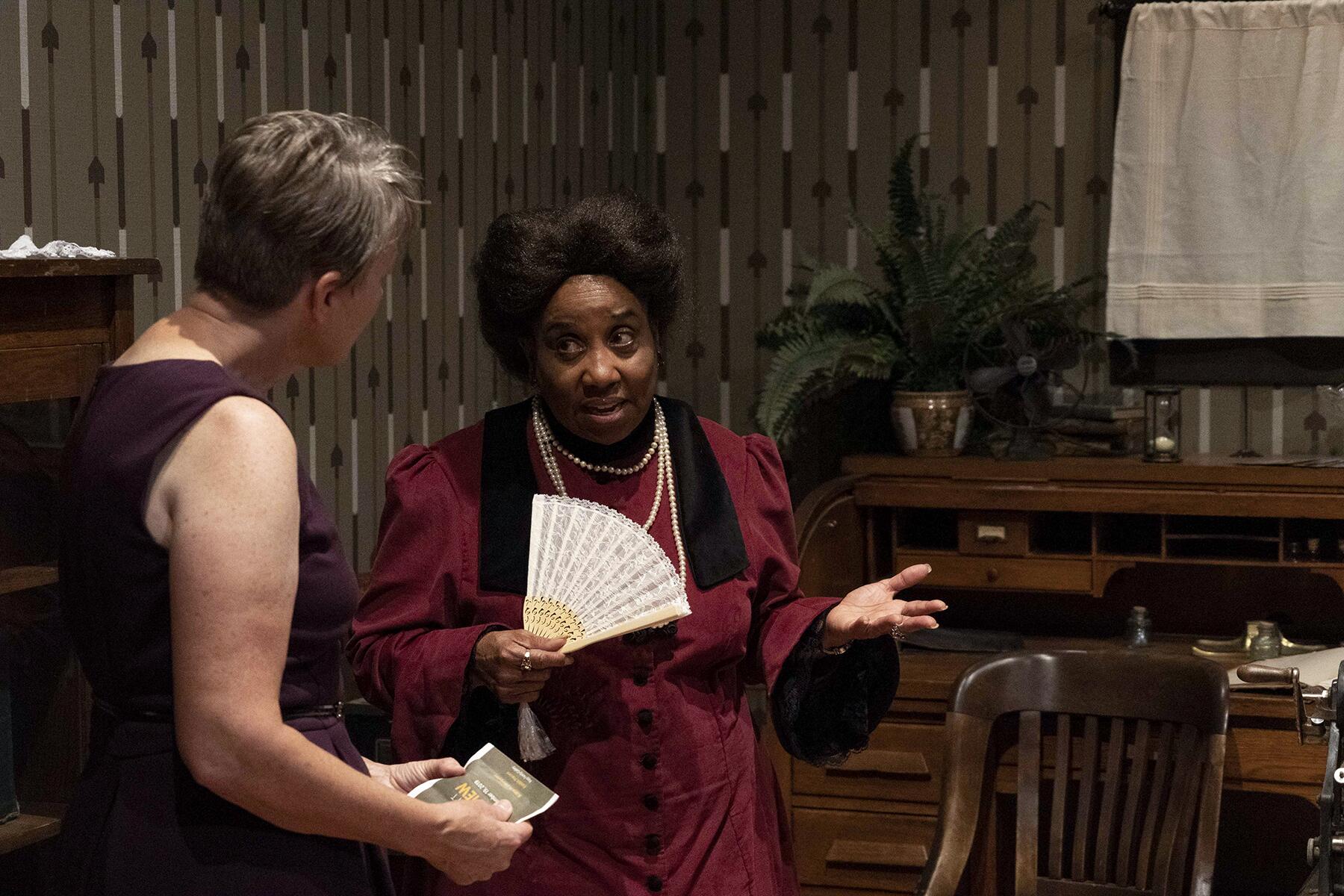 1. Guests can interact with the actors, who train for four weeks to immerse themselves in their historical roles

Alongside multimedia pieces and activities, the exhibit features a re-creation of her hair care factory and a collection of artifacts and objects from Walker’s time in Indy, including tins of her famous hair products and an old laundry washboard so guests can try their hand at hand-washing clothes (it requires a lot of muscle!). Walker worked as a laundress before becoming a beauty entrepreneur.

Madam Walker is one of the many important Black historical figures featured in Talking Wall, a sculpture by artist Bernard Williams located on the Indiana University-Purdue University Indianapolis campus downtown. Williams fused steel pieces together to form a collection of symbols, including a giant fist rising out of hair combs in an act of strength. 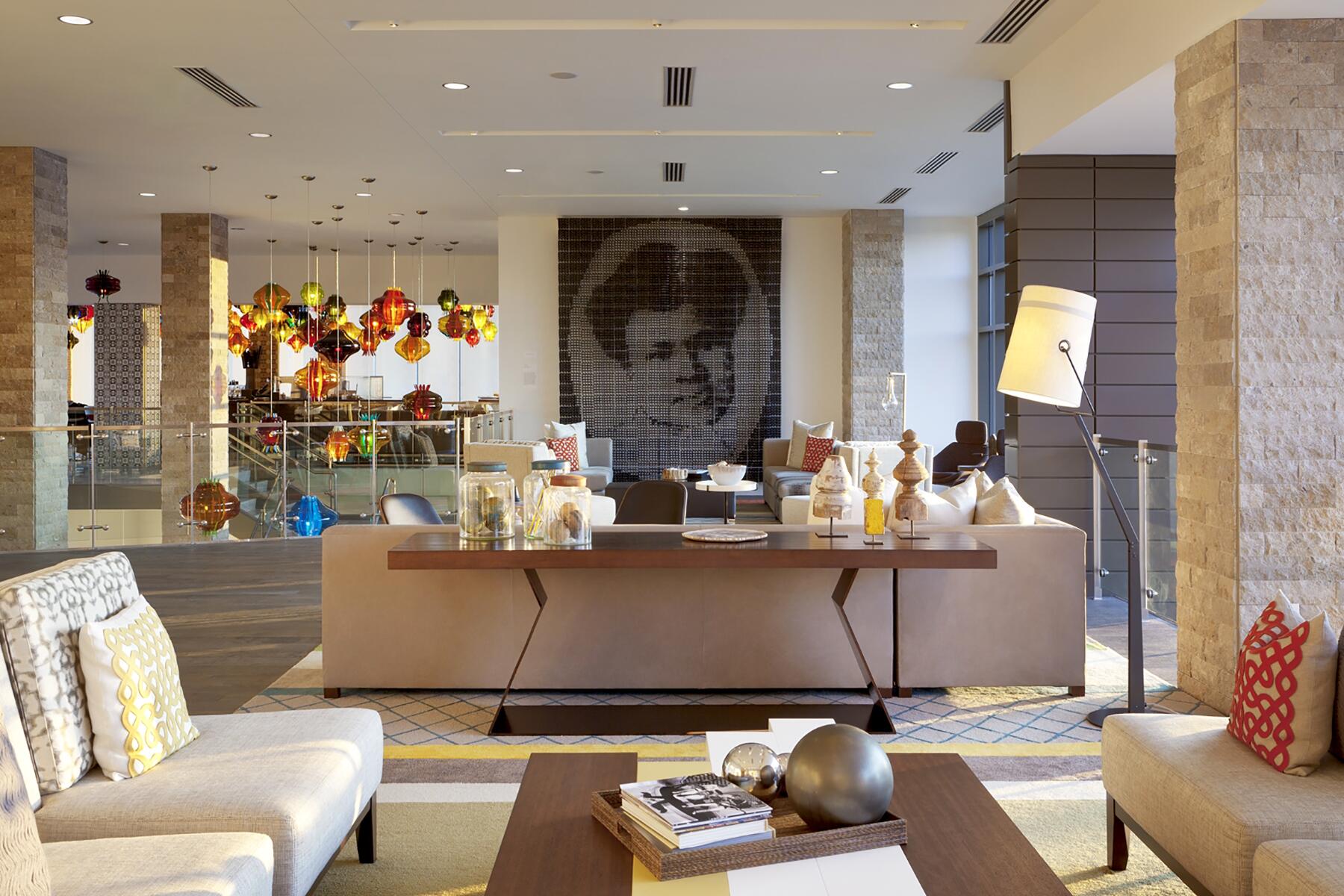 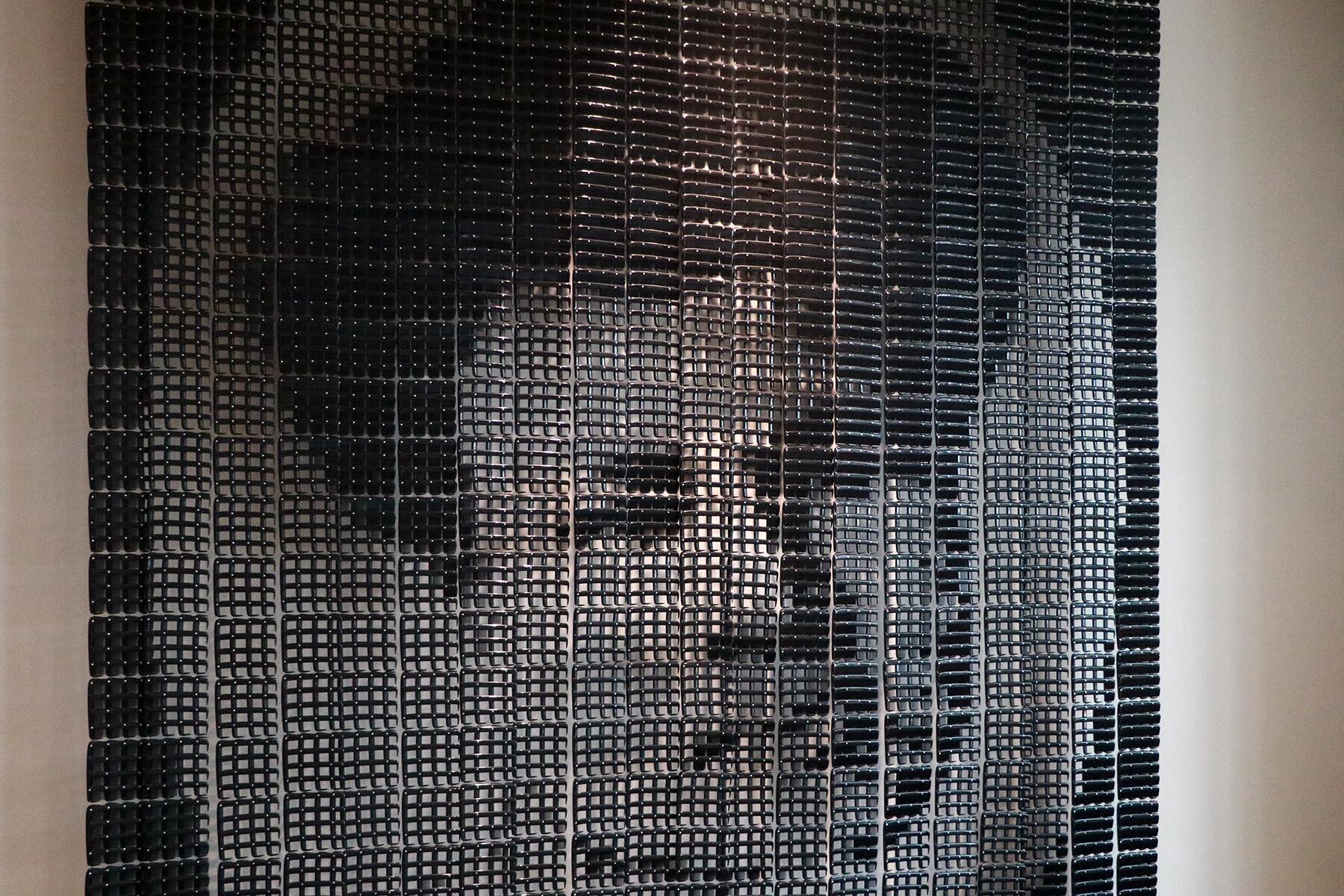 1. Sonya Clark’s piece, made entirely of combs and steel, is available for viewing at the Alexander Hotel

A new mural will honor Madam C.J. Walker in the Civic Plaza inside the Indianapolis International Airport. The mural will be installed on February 15, timed with Black History Month. The mural competition is an opportunity for local Black artists funded under the city’s Bicentennial Commission.

Madam Walker was a bona fide car enthusiast and the rare woman who drove in the early 20th century. She owned at least three cars during her lifetime, including a Ford Model T and Waverley electric. She was also one of the first people to purchase a limited-edition, seven-passenger Cole touring car and there are photos of her driving the majestic automobile down Indiana Avenue, the cultural hub of Indy’s African-American community, now a designated historic district. You can see a similar Cole touring car, Ford Model T, and many other historic cars made in Indianapolis during Madam Walker’s era if you sign up for the new basement tour at the Indianapolis Motor Speedway Museum. The tour showcases hundreds of iconic cars that visitors don’t normally get to see, and the stories behind them.

In honor of the 100th anniversary of Walker’s passing, Sephora debuted a revamped Madam C.J. Walker hair care line, Beauty Culture. The hair care line is designed for natural curls and kinky hair, inspired by Walker’s original formulas. Visitors can shop this decadent line of products at Sephora’s location inside The Fashion Mall on Indy’s north side.

Eat and Drink in Her Honor

Stop by LouVino on Mass Ave to experience the Madam C.J. Walker wine flight. Described as “rich, tasteful, and bursting with charisma,” this wine trio includes Riesling and Gewurtztraminer from Alsace and a Vouvray from the Loire Valley, capturing the essence of Walker’s vibrant personality. If soup and a sandwich is more your style, local café and coffee haven Foundry Provisions pays tribute to Walker with a lunch basket in her name that includes a grilled cheese sandwich and creamy tomato soup.