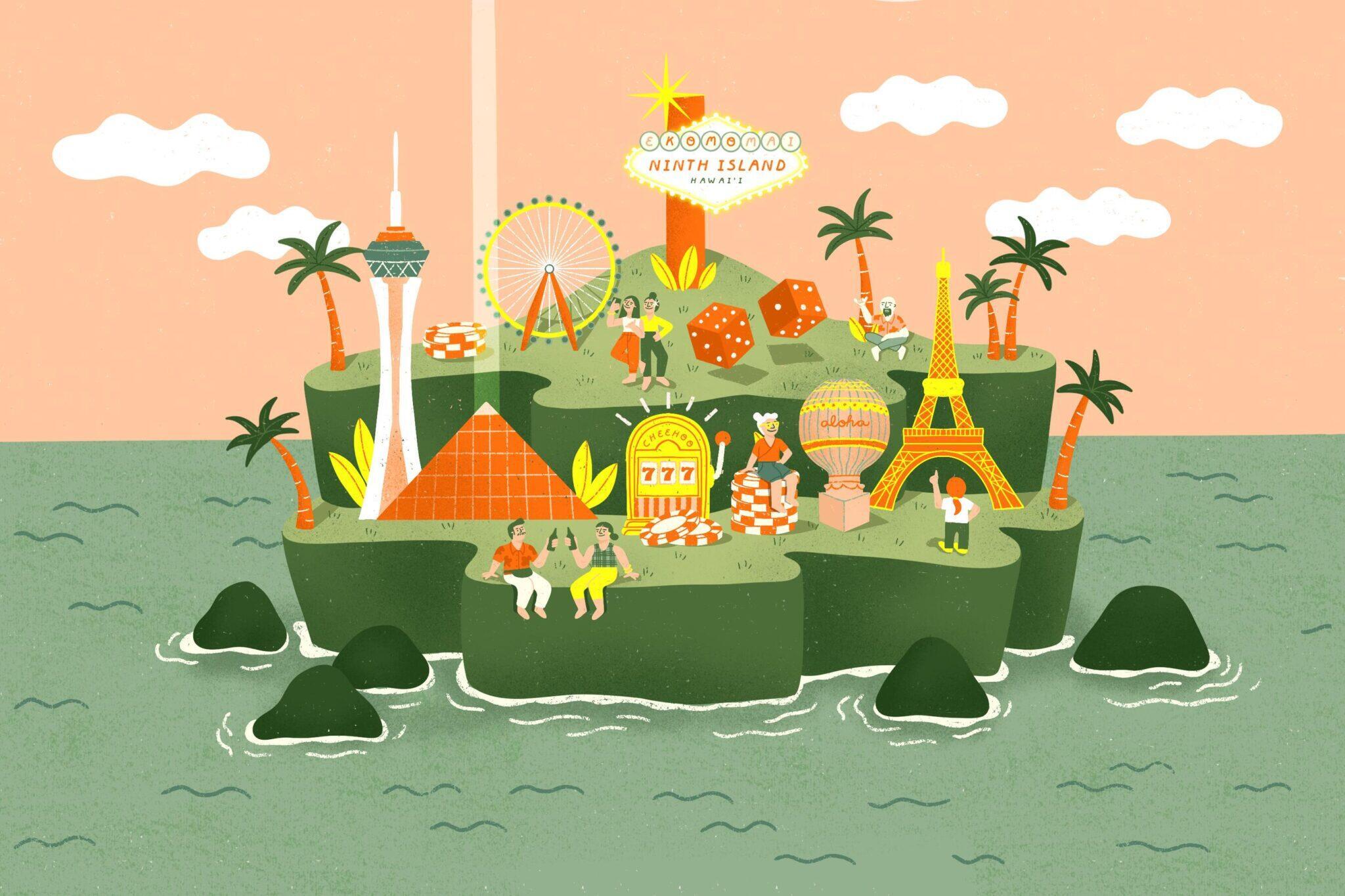 Known as paniolos, Hawaii's cowboys have a rich history dating back decades. Now, the islands are working to preserve this important part of their culture.

When you think of cowboys you might think of the Wild West or movie-style shootouts, but not many people would think of Hawaii. And yet, Hawaiians have a long, proud history of cattle ranching and cowboys, known on the islands as paniolos.

In the past, these paniolos—often wearing wide-brimmed hats and bandanas slung around their necks—rode through Hawaii’s rugged countryside roping wild cattle. They worked on ranches, competed in rodeo events, and developed a fascinating Hawaiian subculture that lives on today.

It all started back in 1793 when a British officer named George Vancouver gifted six cows and a bull to King Kamehameha I, marking the arrival of the first cattle to Hawaii. The King placed a kapu (Hawaiian rules, regulations, or code of conduct) on the animals to protect them from being hunted or killed, but with no natural predators, the cattle population quickly boomed. These wild cattle began to cause big problems; destroying crop fields and native forests, and causing damage to villages.

In the early 1830s, King Kamehameha III was on the throne, and a fledgling beef industry had begun but cattle were still running rampant in Hawaii. The King invited three Mexican cowboys, or vaqueros, to the islands to teach his people how to deal with the cattle. The vaqueros, who were masters at their craft, taught native Hawaiians how to herd and rope on horseback, becoming the source of the word “paniolo.” Paniolo was the Hawaiian way of saying “Espanol” and in time, became the word used to refer to all Hawaiian cowboys.

By the turn of the century, the Hawaiian islands had been “annexed” by the United States after a coup staged in 1893. Traditional-style ranches dotted the landscape and a unique paniolo culture had emerged, drawing on native Hawaiian values, the vaqueros’ ranching skills, and European and Asian immigrant traditions.

“There were people from different ethnicities that were all cowboying in Hawaii, however when they worked together they all spoke Hawaiian,” explains Justina Wood, who grew up on SC Ranch in Paauilo Mauka and is currently the General Manager of the Paniolo Preservation Society. “For all these different cultures to come together and value the Hawaiians and the language goes to show how important it is to preserve our paniolo culture.” 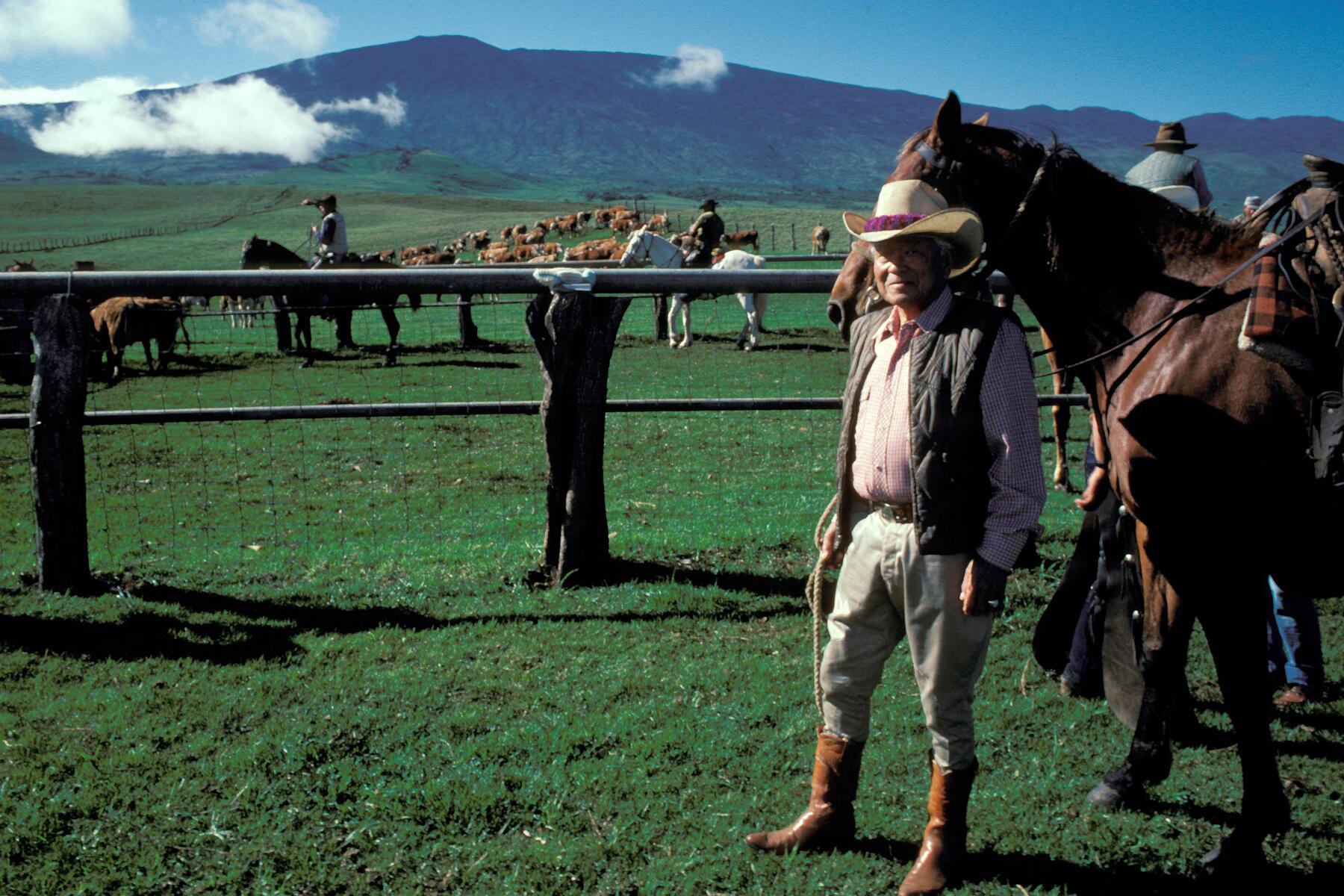 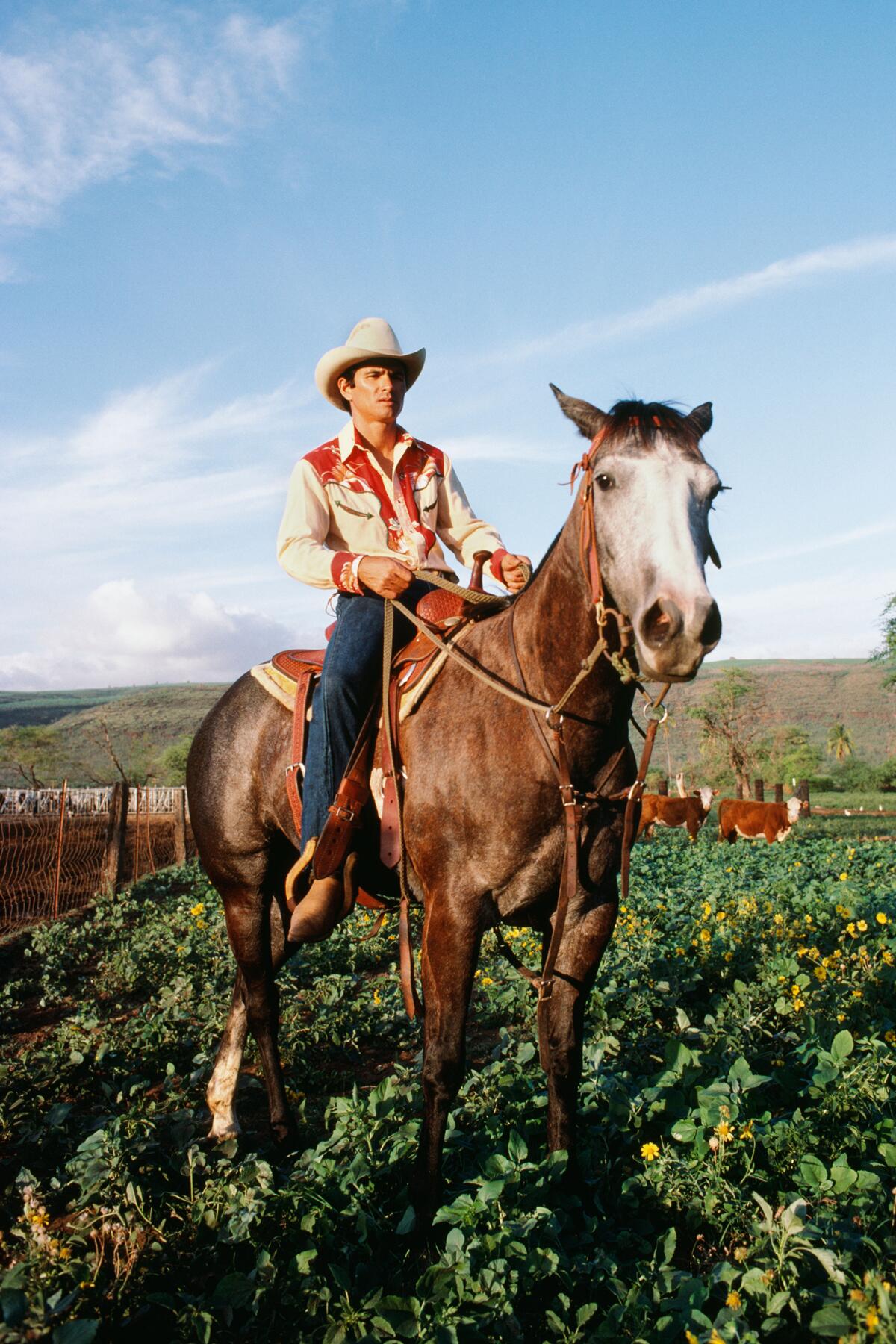 The history of Hawaii’s paniolos reflects its cultural diversity. While in the early 1800s, the population of the islands consisted mainly of native Hawaiians with some American and European settlers, by the early 1900s, immigrants from countries like Japan, the Philippines, and Portugal lived in Hawaii as laborers on the island’s sugar cane plantations. Native Hawaiian paniolos passed on their skills to these new Hawaiians, who embraced their traditions and added their own knowledge. Many old ranching families in Hawaii can still trace their ancestry to the Asian, Mexican, and European paniolos who settled on the islands.

The year 1908 saw Hawaii’s paniolo achieve international fame, with three paniolos competing in the American rodeo championships in Wyoming. One of the paniolo, Ikua Purdy, whose name remains legendary in cowboy history, was named champion steer roper of the world. It was an incredible achievement, especially amidst the racial discrimination of the time, and the moment has become a cornerstone of paniolo culture and history.

This unique paniolo culture has also left an indelible mark on modern island society; its influence can be seen everywhere from food and language to music. For example, the paniolo pioneered a distinctly Hawaiian style of music known as slack-key guitar. It began with the vaqueros, who brought their guitars over with them from the mainland.  The paniolos developed their own style of tuning and playing the instrument, which evolved into slack-key. It is almost impossible to visit the Hawaiian islands as a tourist without hearing its beautiful finger-picked melodies, a music that has become synonymous with Hawaii.

There are still working ranches in Hawaii today, although not as many as in the industry’s heyday. The Hawaiian cattle industry, once a key economic driver, has dwindled due to the increasing costs of operation. According to the Hawaii Beef Industry Council, just 35 years ago 90% of Hawaiian beef was consumed locally, but that number sits at just 5.8% today as shipping calves to the mainland, offering better economic returns than keeping the production on the islands. Unfortunately, this has also meant Hawaii’s paniolo heritage is in danger, with fewer and fewer entering the profession.

However, many people—such as ranchers, modern paniolos, and organizations like the Paniolo Preservation Society—are actively fighting to keep their unique way of life alive. Some working ranches have turned to tourism, offering activities such as historic tours, horseback rides, and ATV adventures. Others are focusing on environmental stewardship of the land and preserving Hawaiian ranching practices. Visiting a working ranch on your next Hawaiian holiday is an unforgettable way to immerse yourself in the islands’ little-known history and paniolo culture.

Editor’s Note: Per the Hawaii Tourism Authority, Fodor’s recognizes “the proper use of the Hawaiian language, ‘Ōlelo Hawai‘i,’ which includes the ‘okina [‘], a consonant, and the kahakō [ō] or macron.” The Hawai‘i Board on Geographic Names was created to “assure uniformity and standardize spelling of geographic names to communicate unambiguously about places, reducing the potential for confusion.” In order to ensure our readers the best experience reading our Hawaii travel guides, we follow the standardized spelling, but hope to expose readers to the importance and cultural significance of the written Ōlelo Hawai‘i language.