In 2012, still living in Chicago at the time, Ryan Graceface was on tour with his previous band, Pittsburgh psych-rock outfit Black Moth Super Rainbow (BMSR), when they stopped in Savannah, Georgia.

In less than an hour, he’d fallen in love with the city. Driving through the southern town he came across his would-be residence: a late 1800s mansion called “The Witch House.” The rent was cheap, even compared to his cramped Chicago apartment. Despite the holes in the floor, he moved in, only to discover that ghosts roamed freely in his house at night.

Ryan started the Graveface Record label in 2000 when he was 19—their roster includes The Appleseed Cast, Whirr, and Haley Bonar—and opened the brick and mortar Graveface Records & Curiosities shop in 2012 in a converted yoga studio, which doubled as his residence after he fled the haunted mansion. Simultaneously co-running the PR firm Noisy Ghost, Ryan plays with bands The Marshmallow Ghosts, The Casket Girls (Savannah-based sisters Phaedra and Elsa Greene), and Monster Movie (Christian Savill of Slowdive and Sean Hewson)—their next record which he produced in full comes out in March. He also has a solo project called Dreamend (“It's just me being extremely emotional, it’s really embarrassing”), a label called Terror Vision that exclusively reissues horror movie soundtracks, and a brand-new label under which he’ll release reissues of Savannah soul, garage, and psych music from the ’60s and ’70s.

With an affinity for the macabre permeating everything he does (“I’m just prone to boredom and I think all that dark stuff, it’s like a distraction;), it’s no wonder Ryan felt at home in the haunted city of Savannah, where he decided to set up shop and showcase his collection of, well, really weird stuff.

More than Paula Deen and a Sleepy Southern Town

“[Savannah] is totally undiscovered, and the majority of people just think of it as this sleepy southern tourist town; Paula Deen … I don’t know what other preconceived notions people have, but those would be my guesses. There’s this underbelly of awesomeness. Assuming you’re a hard working decent human being, who likes to work and has cool, creative ideas, you can do anything in this town, and people will support it, as long you’re not a shithead. 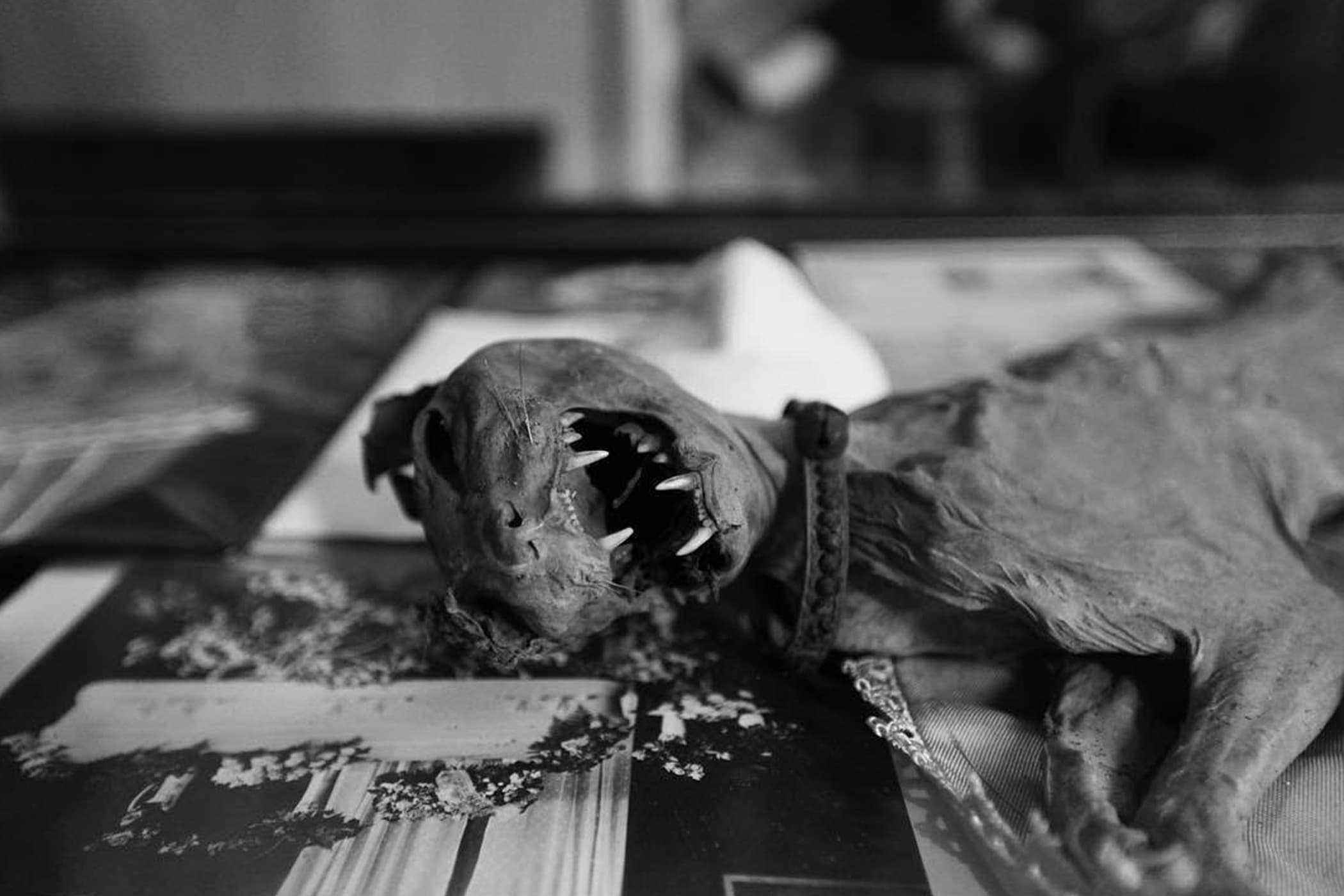 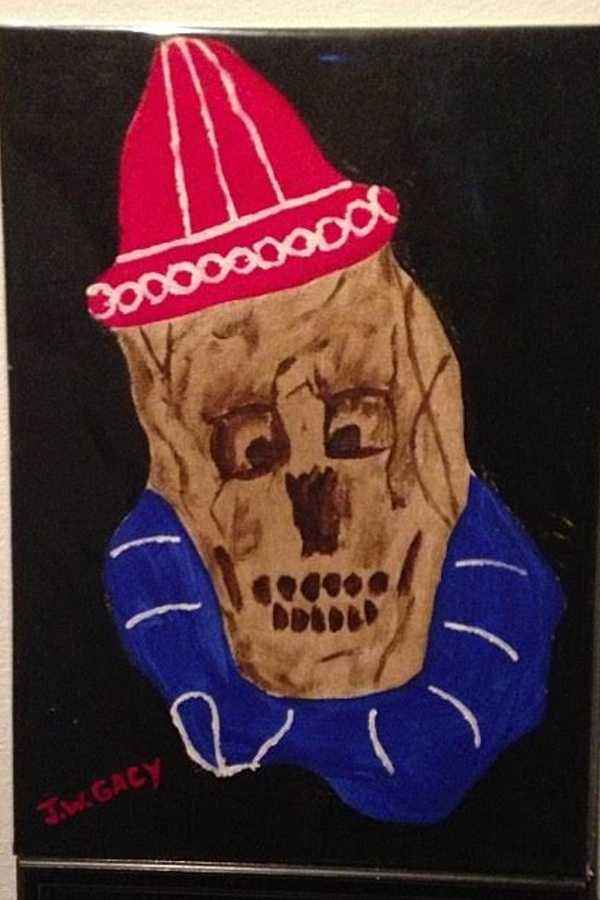 “I just collect all that crap [that stocks the Graveface store]: serial killer artwork and stupid stuff that I don’t recommend other people buying. I just needed an outlet for it. At a certain point, if you’re a collector, there becomes this fine line where you’re like, ‘Holy shit, I’m not a collector, I’m a fucking hoarder.’ Why do I have stacks of John Wayne Gacy letters that he sent to his nephew? I have 100 of them, why? But if you have a store, [it’s] suddenly something that someone can buy, or you can just kind of show off, [laughs] even if you don’t really want to sell it, and now it’s part of a display.”

The serial killer journal that jump-started the collection

“I went what to what they were calling a ‘black market auction’ in a forest preserve in the suburbs of Chicago when I was still living up there. It was late, midnight, or it could have been later. I thought I was going to walk into a furry orgy or something. And what I saw was people that were just like me, and they were all really nicely dressed and there was a very organized auction for all this crazy shit, and people were selling things that I guess they weren’t supposed to, stuff that would technically be crime scene evidence or dirt from a certain serial killer’s house or this or that, and the only thing that I could afford was this journal, and it was not [from] a very well-known serial killer. It provided me with so much fodder. [It inspired a] Dreamend record in 2010, and there was so much material that I wrote a follow-up record that I put out in 2012. It’s all anonymous. I don’t even want to say who the serial killer is because I own his journal that talks about what he did to people … but it also talks about his mom and small thoughts about life that everyone has. It’s disturbingly relatable.”

“[Savannah] is a weird town because it’s so transient. It seems like there’s a new batch of faces that will last a year, two years maximum, and then they just vanish, and there’s a new crop of people. Oddly enough, it’s the same with the homeless culture because those are the people I see every day just sitting around, hanging out waiting until they can grab food from the shelter or what have you, and you’ll make friends with them and then they vanish, and you’re like, ‘I hope that means they got on their feet and not [that they] went to jail or something,’ so it’s weird. There’s really not much long-term consistency at all. You just know that everything is temporary, which is kind of just life in general.”

“There used to be this guy—Swamper Jack, or something like that. When I first opened the store he would bring me these boxes of really stinky bones and skulls. Eventually, I was like, ‘Where are you getting this shit?’ And he told me a specific locale, and then he just vanished one day, and I found out he passed away. He essentially gave me this gift; the location of where he was getting these things.”

“If you’re ordering food delivery, generally speaking, Victory Drive is the end of it, anything coming from downtown. And I’m two blocks from Victory Drive, so I’m at the furthest end of what some people perceive to be downtown. It’s really mid-town; it’s called the Starland District. It’s just this really nice creative hub. Some really sheltered people consider it ‘the ghetto.’ I’ve never had an issue here. There’s a homeless shelter, you have a lot of meandering homeless folks who are actually really friendly, and awesome. It’s nice hidden oasis.”

Art & Shopping in the Starland District

“Sulphur Studios, which is across the parking lot from my shop is a cool multi-use art space, [with] permanent vendors [and rotating] exhibitions. Starlandia is where we get most of our supplies for more artistic projects, [the] label side of things. It’s a used art supply store. There are a couple of cool vintage clothing stores like Gypsy World.“

Dining in the Starland District

“One of the biggest draws [to the Starland District] is Back in the Day, which is literally right next to my store. They have tour buses that drop people off to get their baked goods. It’s very popular with the older crowd. They’re open from 9-2, but they’re also closed whenever the hell they want to be closed. When you catch it, it’s tremendous. It’s like hunting for Bigfoot. I dig The Florence [Italian restaurant owned by chef Hugh Acheson] quite a bit. It’s a block and a half south of my shop. It’s one of the few places in town I can get a flight of Amaro [liqueur].There’s a new restaurant called Atlantic two blocks away which is really good.“

Ghosts in our midsts: the ethos behind Marshmallow Ghosts, Monster Movies, Casket Girl

“I feel lame, because it’s all very predictable [laughs.] I’m not trying to be a parody of myself, it all happened so naturally. When I was a little kid, I just started to get really obsessed with aliens, when I was really young. To this day I’m convinced I was abducted. But I’m certain I’m just a lunatic. When I was a child I probably had a pretty sweet dream and convinced myself that it [was] fact. Even though the intellectual side of me is like, ‘You weren’t fucking abducted, Ryan, it’s cool.’ I can’t explain it, I’m just prone to boredom and I think all that dark stuff, it’s like a distraction, and it’s nice; it makes me feel comfortable.”

For a sampling of some of Savannah’s best music, save the date for the next Savannah Stopover festival, which takes over venues across the city during the weekend from March 8-10 right before SXSW.