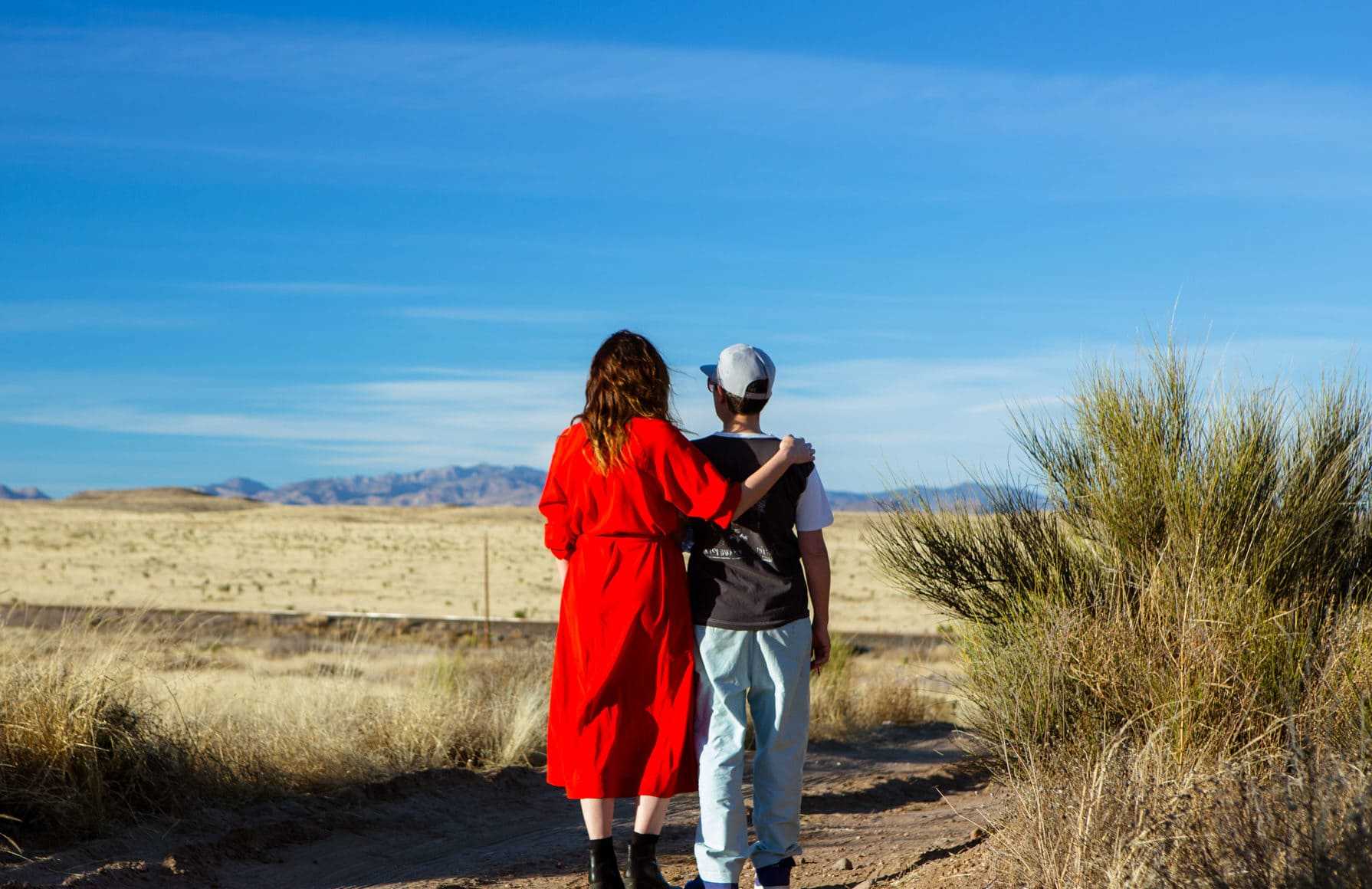 Actress, musician, and Greenland native Nive Nielsen gives us her guide to the capital city of Nuuk.

Nive Nielsen is a renaissance woman. The native Greenlander is an actress and musician who has been making music and performing since her elementary school days in Nuuk, where she learned traditional drum dancing. And though it all began in a small fishing village accessed only by boat or helicopter, Nielsen’s music has led to adventures all over the world—including a televised performance for the queen of Denmark.

Her band Nive and the Deer Children is Greenland’s biggest band (one in every 10 Greenlanders owns their debut album), but they’ve made waves internationally, too. They’ve toured the states and beyond, collaborating with artists like The Black Keys and Wolf Parade, and have often performed at the SXSW music festival in Austin, Texas. Nielsen also recently spent six months in Croatia and Budapest filming AMC’s new show The Terror, on which she plays Lady Silence, a Netsilik woman and the daughter of a shaman who defends her homeland from British Royal Navy ships, befriending some of the crew in the process.

She may lead a peripatetic life, but Nielsen’s hometown of Nuuk is where she’s set down roots. Here she gives us her guide to Greenland, from the music to the unparalleled natural sites.

Listen to Nive and the Deer Children’s newest album Feet First on Spotify now, and get a real sense of Greenland’s countryside in their music video for “Happy” here: 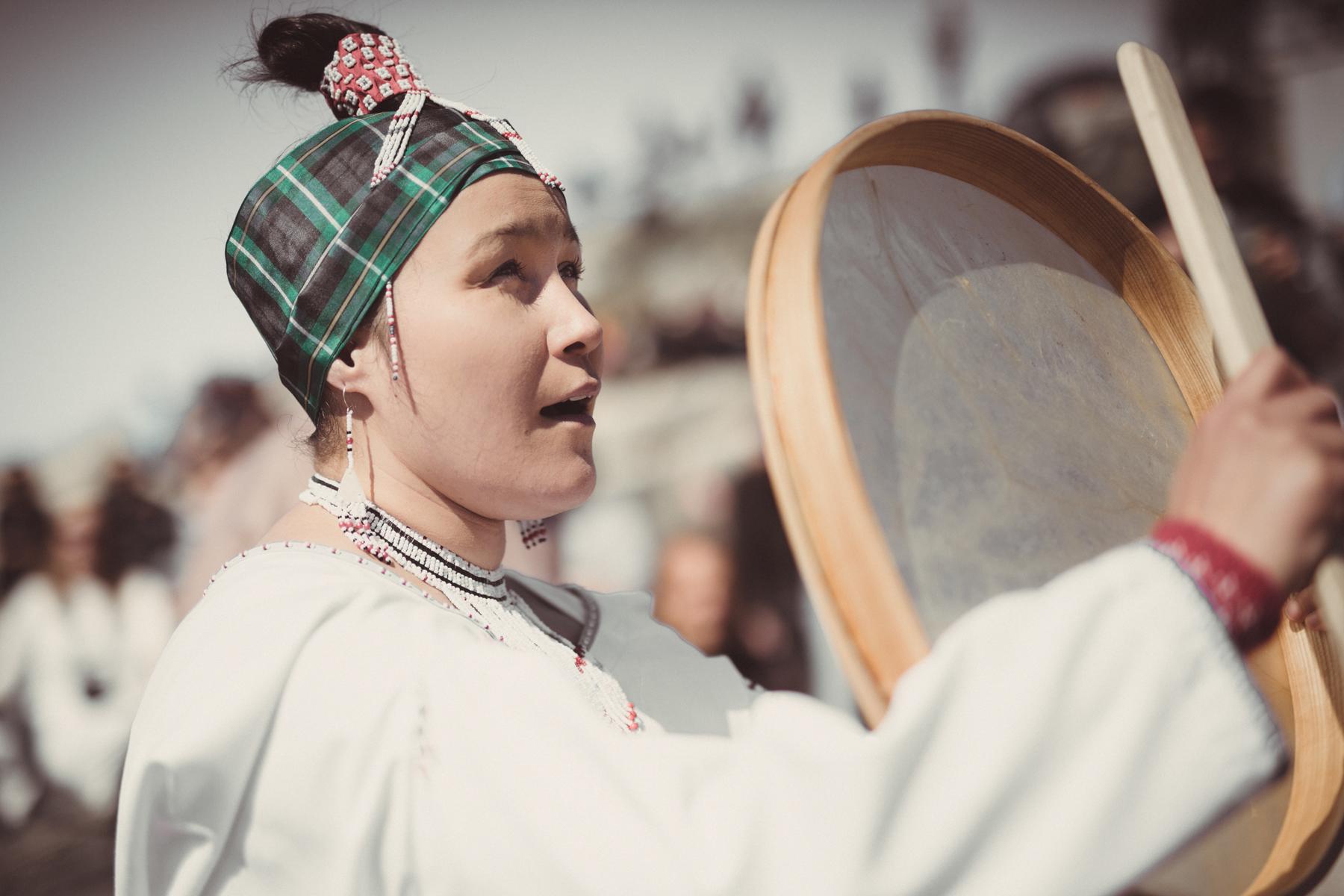 “Greenlandic traditional music is actually drum dancing; we were introduced to that as kids and we were taught to drum dance in school. We performed all over town with our classmates for different events. In drum dancing you have to drum, dance, and sing at the same time. The rhythms are kind of strange; they’re not a normal western 4/4. People don’t really notice that there’s something a little bit strange with my rhythms in some songs; I think [traditional music] has definitely made its way into my songwriting.” 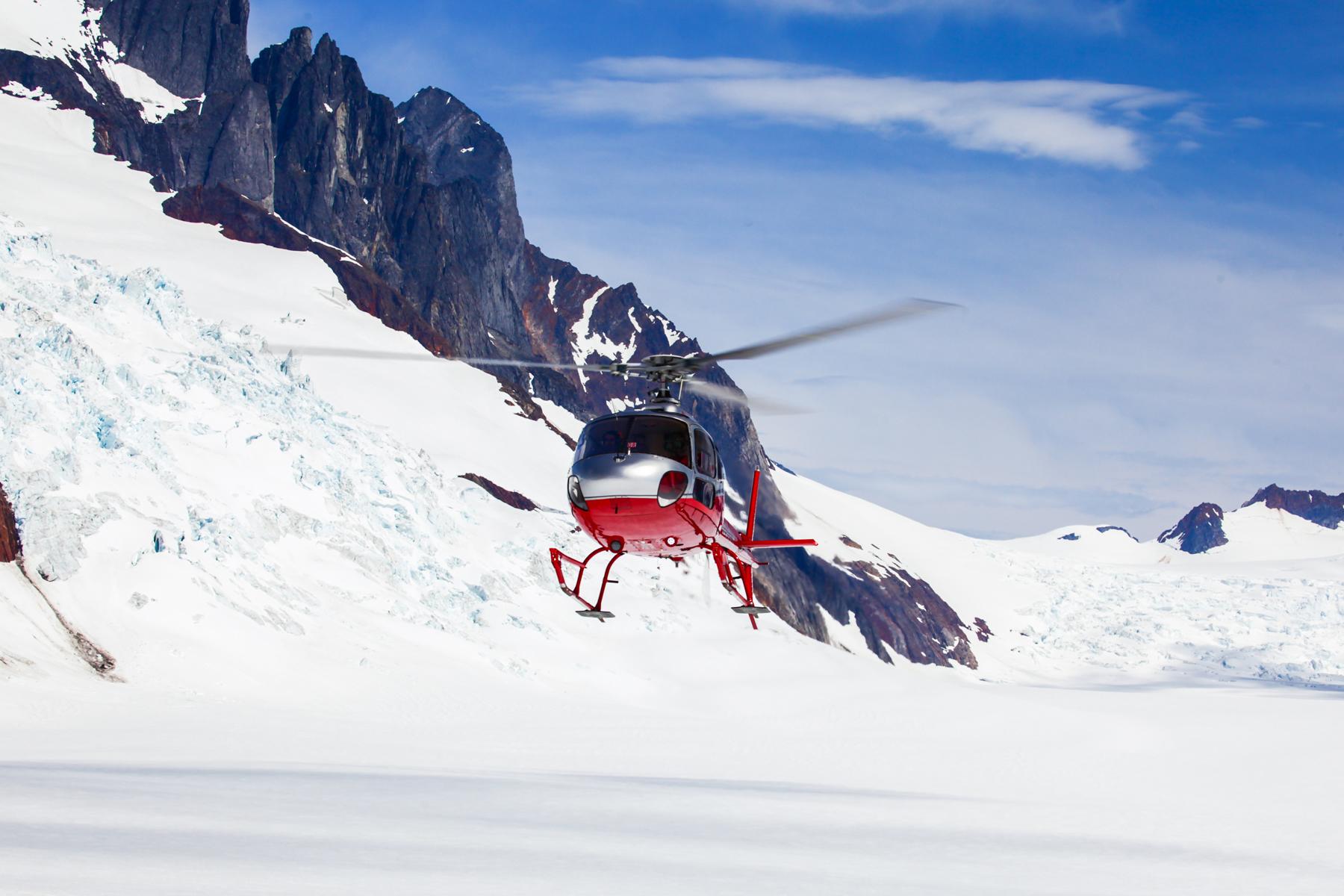 “Nuuk is the biggest city, but it’s a very tiny city. It has almost 17,000 inhabitants. Greenland doesn’t have any roads between towns. You can only take a boat to the next town; we [also] fly helicopters or little propeller planes from town to town. If you’re coming from Iceland, flights are not crazy expensive. You can fly into Ilulissat or Nuuk from downtown Reykjavik.” 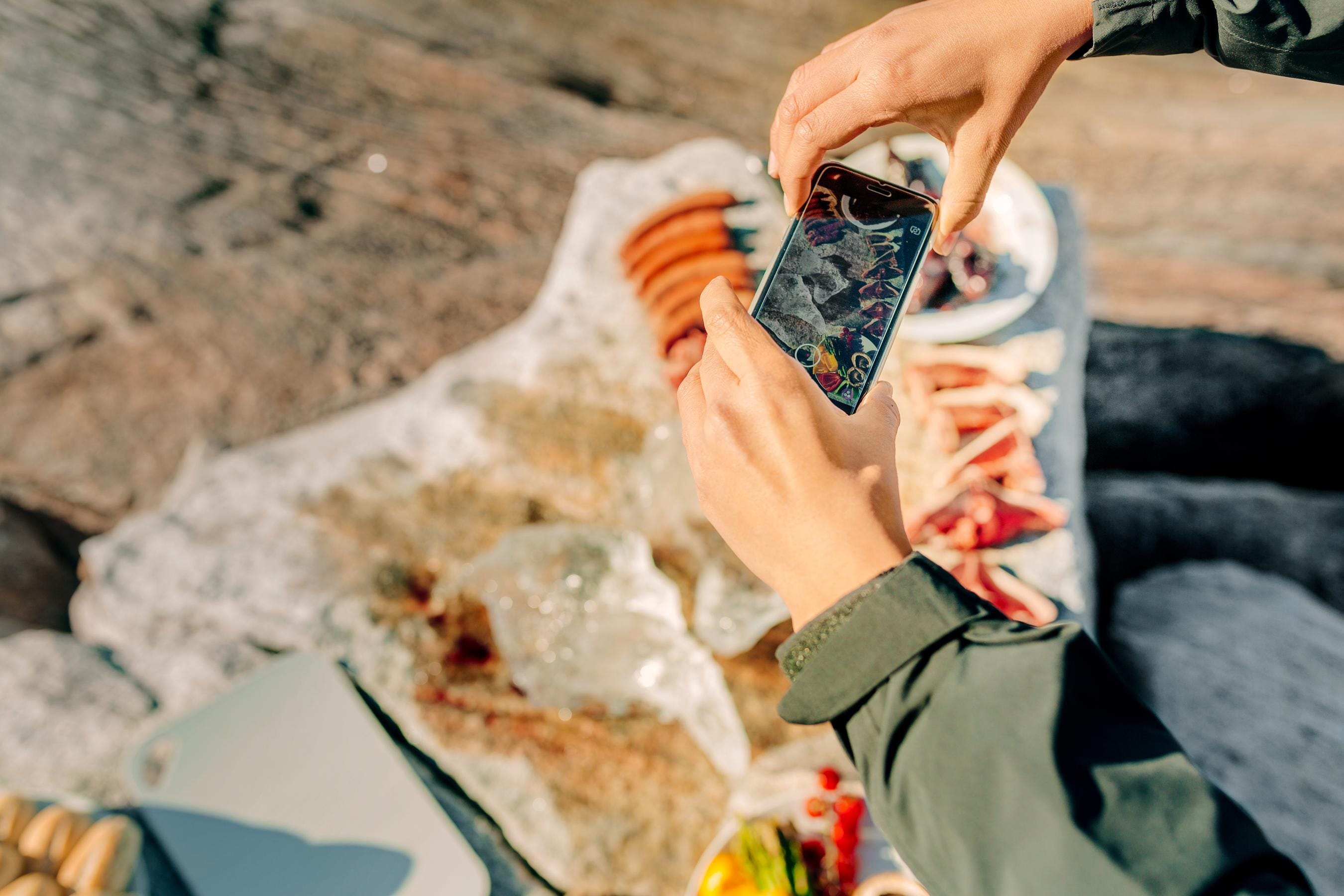 Where (And What) To Eat

“I really like the Thai restaurant here, and then there’s a new Chinese restaurant; otherwise there are burgers and pizzas, steakhouses, and cafes. I like food with Greenlandic ingredients. Cafétuaq [the cafe inside the Katuaq cultural center] serves fish, reindeer burgers, and sometimes musk ox.” 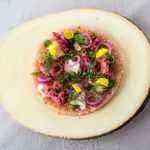 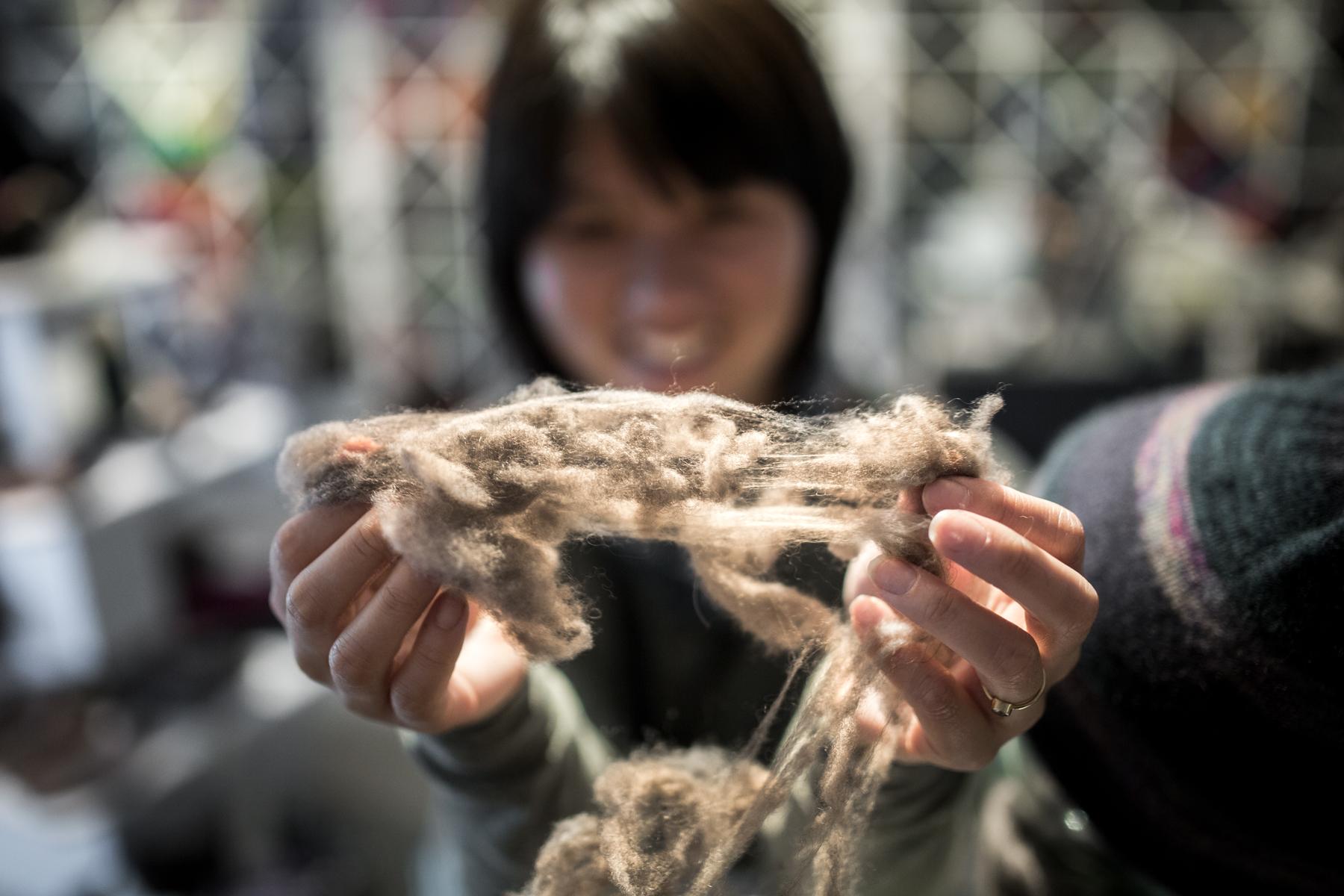 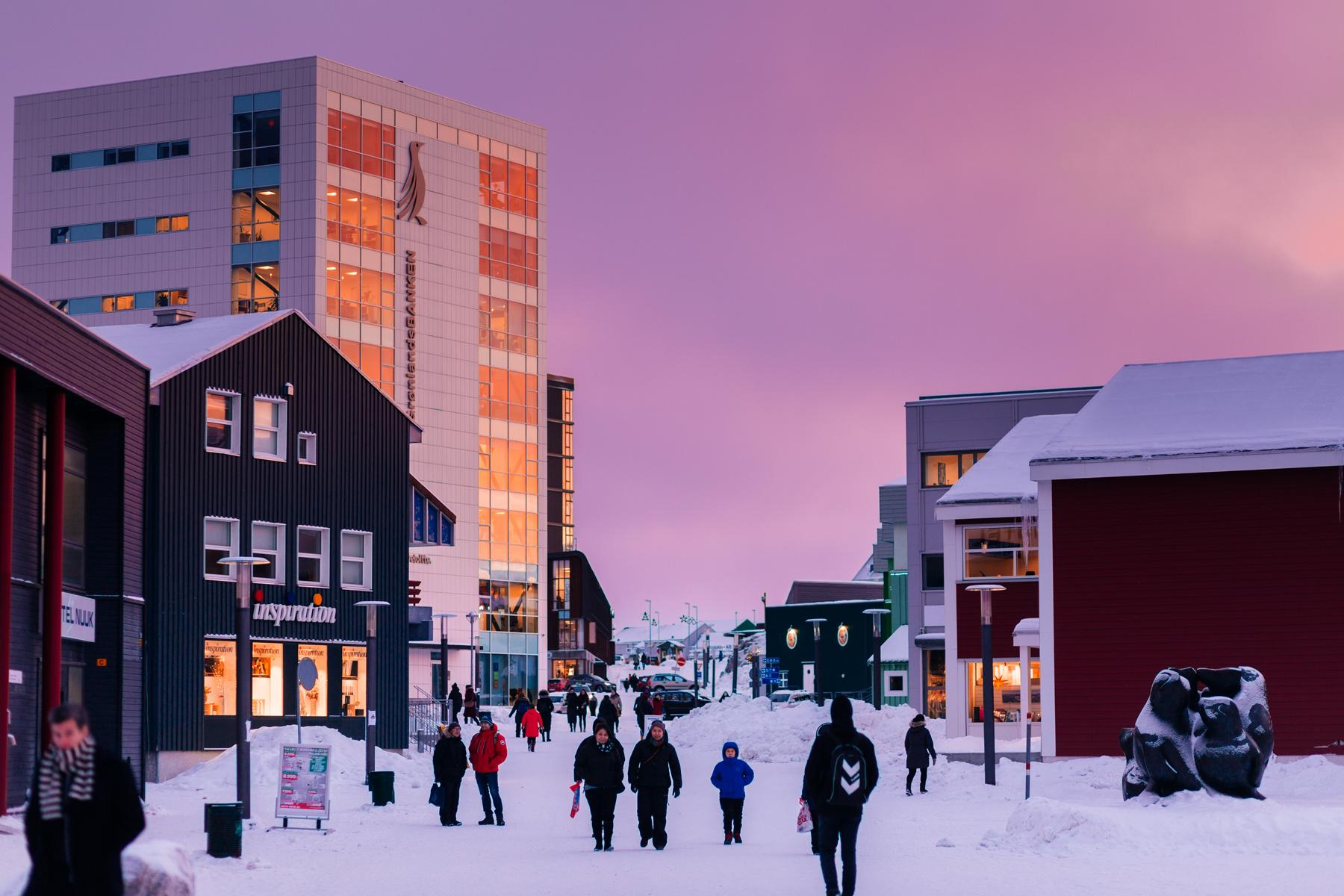 “Downtown Nuuk has all these little boutiques and clothing stores. For more Inuit-related gifts, there are a few tourist stores. Knitted musk ox—hats, mittens, and scarves—is a big thing. They hunt the musk ox, brush off all the fur by hand, make yarn out of it, and knit the yarn. It’s a long process, which is why it’s so expensive. It’s the softest, warmest wool you can find. We go shopping in touristy stores too. They’ll have teas, herbs, and different salts.” 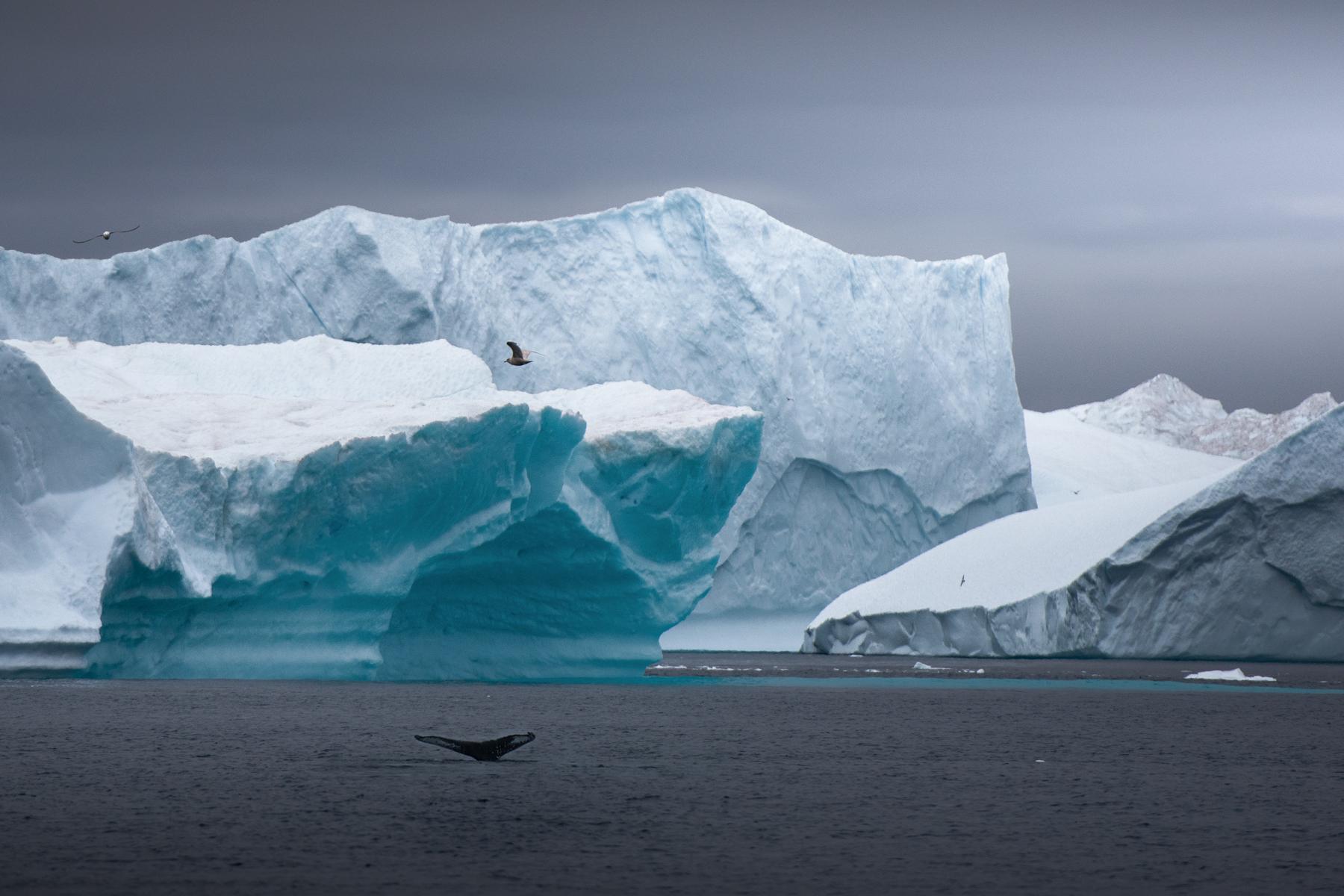 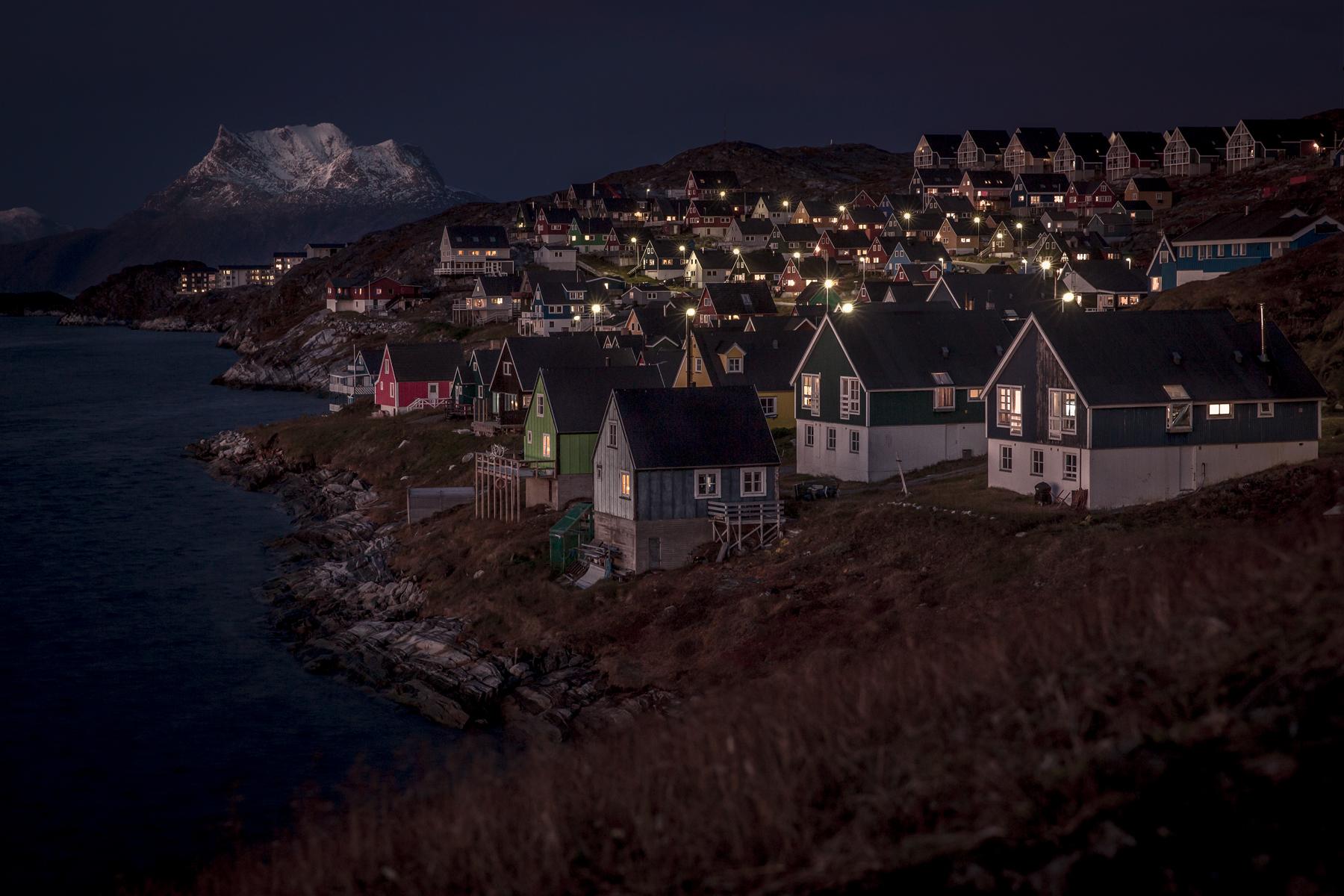 “We have whales right in front of town here; you can go into the fjord and see some of the old abandoned villages where people have summer houses. It’s really beautiful inside the fjord; you just have mountains dropping into the ocean on both sides of your view while you’re sailing into it.” 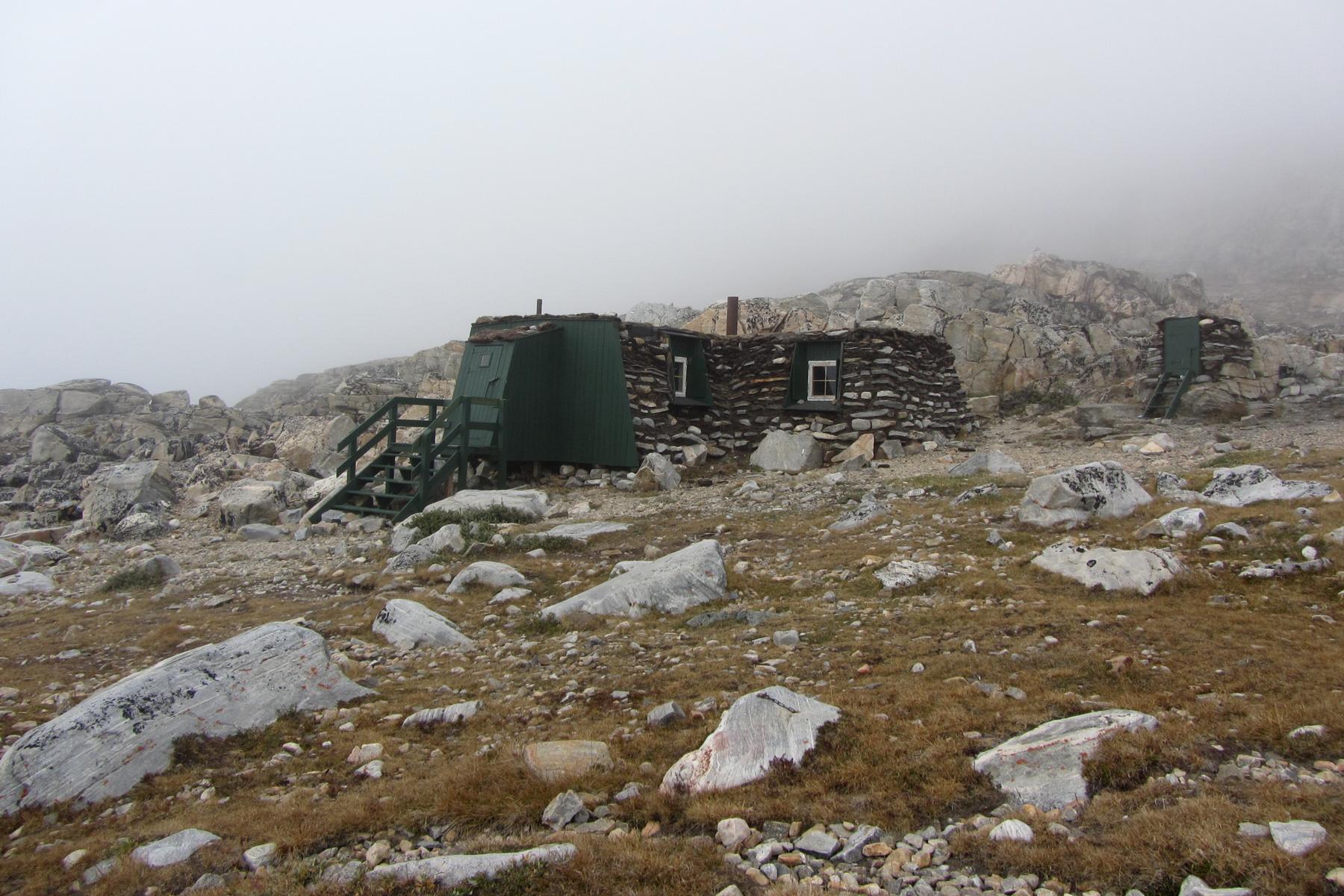 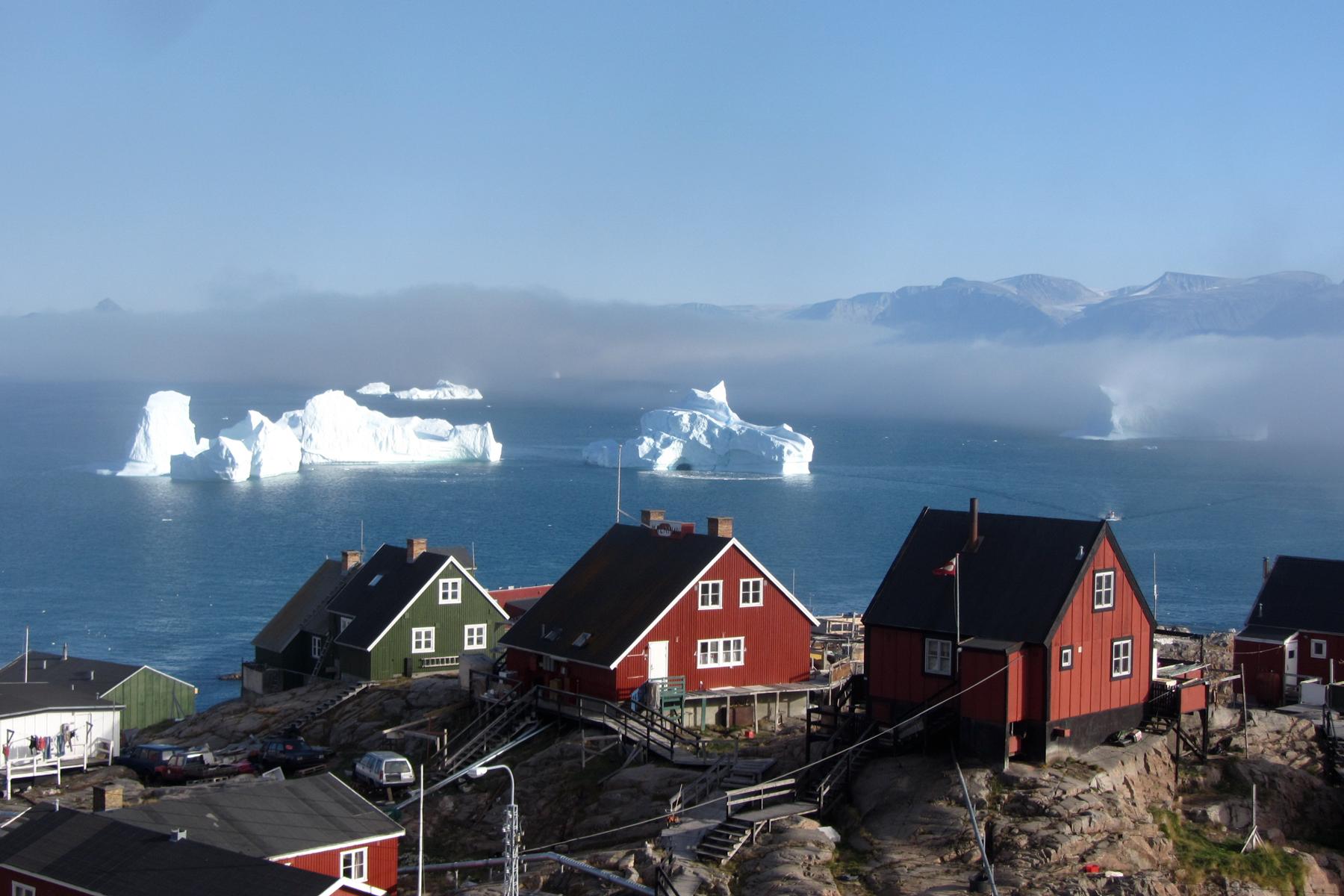 “One of my favorite towns is Uummannaq. [My husband Charlie and I] go there pretty frequently, and sometimes make projects with some kids in an orphanage over there. You take a propeller plane from Nuuk to the international airport, and then fly to village called Ausiait, and then take a helicopter into Uummannaq. It’s expensive but really beautiful. There’s one cafe to go eat and have coffee—no restaurants—and one supermarket. In the wintertime you can go on dog sled trips which are amazing. There was a Danish Christmas show [filmed there] in the ‘80s, so you can take a half hour walk into nature and there’s Santa’s house, in the middle of nowhere. 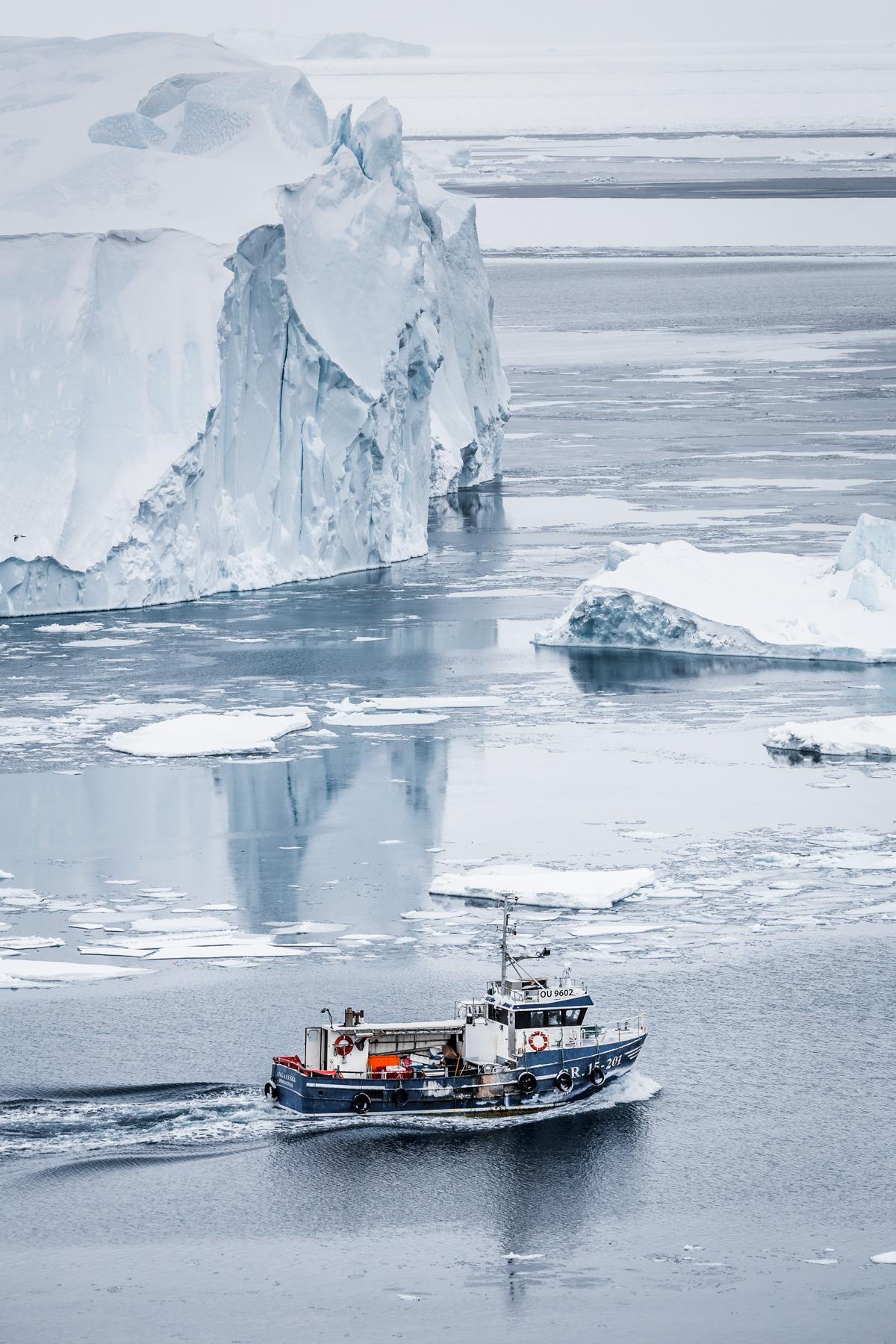 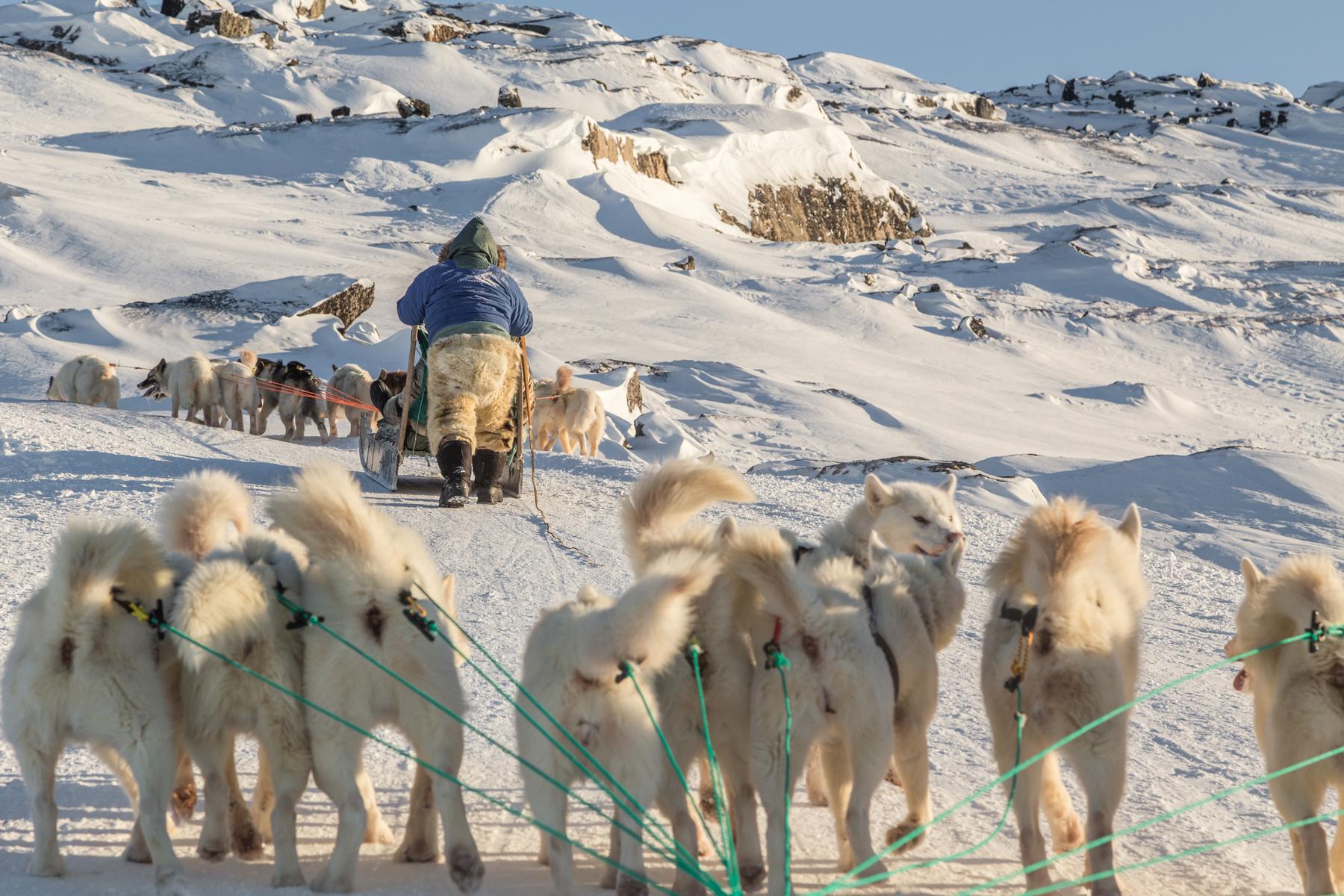 PHOTO: iStock
Previous Next
7 OF 7

“If you fly to Ilulissat, the UNESCO World Heritage Site in that town is the fastest moving glacier in the world. Ilulissat actually means icebergs. This town just has icebergs floating in front of the city. In the winter you can go dog-sledding; in the summer you can sail, fish, and go between the giant icebergs to see a beautiful small town.”