A new rail line will connect the Mouse House to the Orlando airport, Miami, and more.

If you’ve ever tried to leave the Orlando airport during rush hour, you know that traffic is the worst. Just getting out of the airport and onto the highway is an odyssey. And driving to Walt Disney World often means inching down I-4 or 417 for what feels like an eternity. But there’s a new option coming that will connect the Orlando airport to The Most Magical Place on Earth with top speeds faster than Test Track and Rockin’ Rollercoaster combined. Say it with us: High. Speed. Rail. Brightline and Disney World have finally reached an agreement and a Mickey-bound train—government approval pending—is officially happening. Here are all of the details as well as how this will change your future Disney vacation travel.

Getting to the Magic Faster

While Brightline is nowhere near as fast as Japan’s bullet train or the infamous TGV, it is the first significant stretch of high-speed track in the Southeast. Since 2018, the Florida company has connected Miami to Ft. Lauderdale and West Palm Beach on shared lines with freight trains at speeds up to 79 miles per hour. But by 2022, Brightline will operate upgraded lines and some dedicated high-speed lines with top speeds up to 125 miles per hour. This second phase of construction will connect West Palm Beach to Cocoa, Florida, and then onto the Orlando airport. The final phase will continue from MCO to Disney World and then on to Tampa. A date nor year has been announced for the third phase of connections. But Disney and Brightline have agreed on the construction of a new train station on Disney property, and the proposed design includes “a lobby on the ground level, passenger facilities and an upper level train platform.”  The station will be located at Disney Springs, Disney’s outdoor shopping center, which means anyone with a long layover in Orlando can skip the MCO food court for themed bars, EPCOT food trucks, and much cooler shopping.

Servicing Disney Springs means that Brightline won’t get you directly to a Disney hotel on the property. But from Disney Springs you can take a bus, a boat, a Minnie Van (a premium, polka dot-clad Lyft), or a rideshare to your hotel. However, if you’re staying at Disney’s Saratoga Springs Resort & Spa, you could just walk from the new train station, as this resort is right next to Disney Springs. This Disney Vacation Club property doesn’t get a lot of hype, but it’s undergoing a total design overhaul and the updated villa rooms are gorgeous with elegant parquet flooring, modern brass fixtures, and a soaking tub. Room rates for Saratoga are a lot cheaper than properties closer to the theme parks, so it’s a great way to stretch your budget. And this resort might just be the fastest way to get on the property from the airport via Brightline. 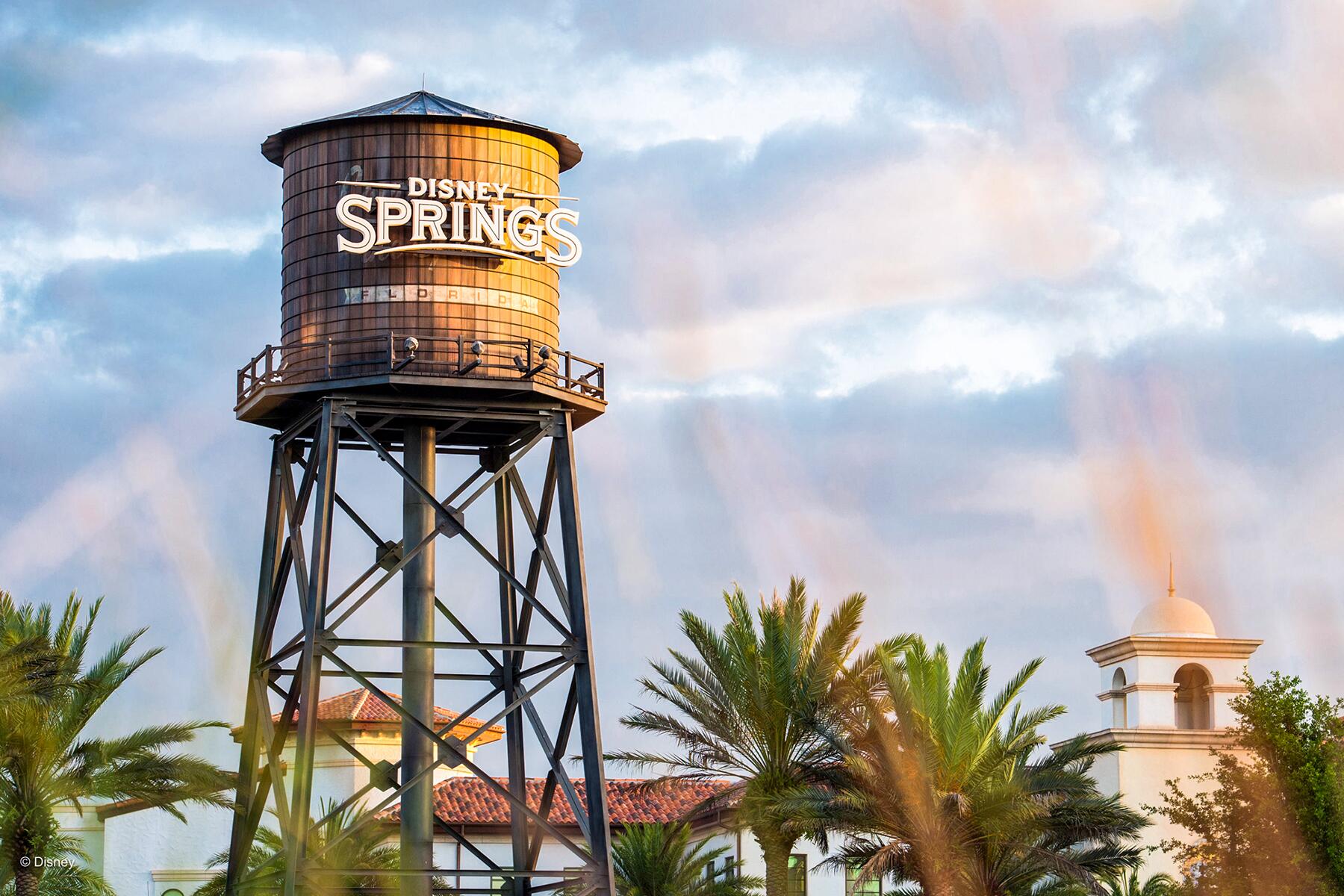 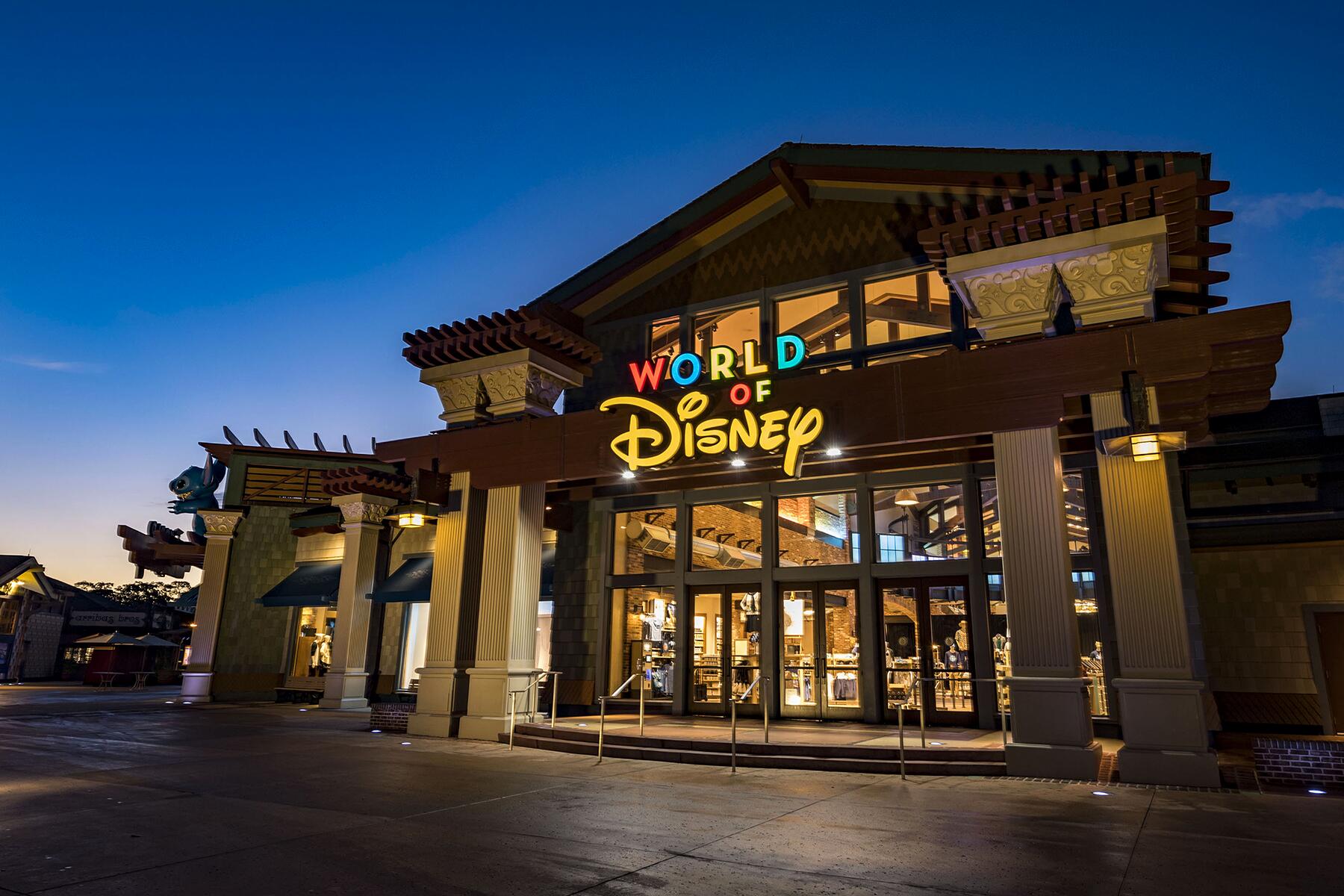 For Sunshine State residents, this means having a car-free alternative. And it might help your trip budget, too. If you don’t have an annual theme park pass, you’ll save $25-$50 a day in parking fees. And if you’re heading out on a Friday afternoon for a weekend at Disney, you won’t have to worry about traffic. When roads are clear, the drive from Miami to MCO by car is about three hours and 20 minutes. Brightline says they’ll do it in approximately three hours to three hours and 15 minutes. That’s not a huge difference, but when traffic isn’t fine, that little gain will feel like a monumental one.

In addition to visiting theme parks, adding a Disney cruise to your vacation just got a lot easier. The new line will include stops near Disney Cruise Line’s two Florida ports. Cocoa, which is 15 minutes away from Port Canaveral, will be added in 2022. And the third phase of construction includes a brand-new train station at Port Miami. This is a game-changer for Disney cruise fans, especially Castaway Club Members (DCL’s free loyalty program for repeat cruisers) who have already done all the sailings from Port Canaveral. Now, you can fly into Orlando, have some theme park time, and then travel on to Miami for a cruise without using a car once.

Beyond Disney entertainment, these new routes will allow you to pair a Disney vacation with some of Central Florida’s other top attractions without a car. With a station in Cocoa, not only are you close to Port Canaveral, but you’re also minutes away from the Kennedy Space Center Visitor Complex and the historic Westgate Cocoa Beach Pier, which stretches 800 feet over the Atlantic Ocean. (There’s a tiki bar at the end of the pier and it’s a great place to watch rocket launches, piña colada in hand.)

Brightline may not be the logistical pixie dust for all your Disney travel. It still won’t be the most direct route from the airport to a specific Disney hotel, Disney’s Magical Express still holds that title. The bus service operated by Mears provides anyone staying on Disney property complimentary transportation to and from MCO. But, as the saying goes, you get what you pay for. In the last couple of years, however, Disney’s Magical Express has become less and less magical with wait times up to 30 minutes and multiple stops and resorts on each bus route. Somehow, I always end up staying at the last resort on any line and, if there’s traffic on top of that, it could be hours before I make it to check-in.

Like getting a rideshare from MCO, Brightline will come at a premium. Time is money, and it’s hard to walk away from anything labeled free at Disney, but I know it will feel incredibly magical—if not miraculous—and worth every penny to zip along the wide-open median of I-4 and SR-417, passing all the idling cars and Disney buses like a FastPass+ line for Space Mountain.

Brightline has said that the Disney Springs station won't be complete until late 2023.