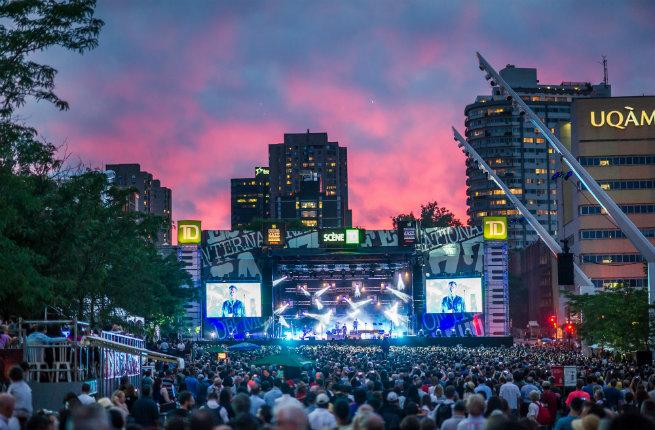 Once you’ve finally outgrown the communal camping, flower crowns, and drunk teenagers of Coachella and Bonnaroo, what exactly is a dedicated music fan to do? Luckily, plenty of more adult festivals await, chief among them the annual Montreal Jazz Festival (officially known as the Festival International de Jazz de Montréal), which takes places over 10 days in late June and early July. With eclectic performers, all-day street festivals, and dozens of free shows (all right in the heart of Montreal), it’s the perfect experience for anyone looking to combine a love of music with a love of travel. 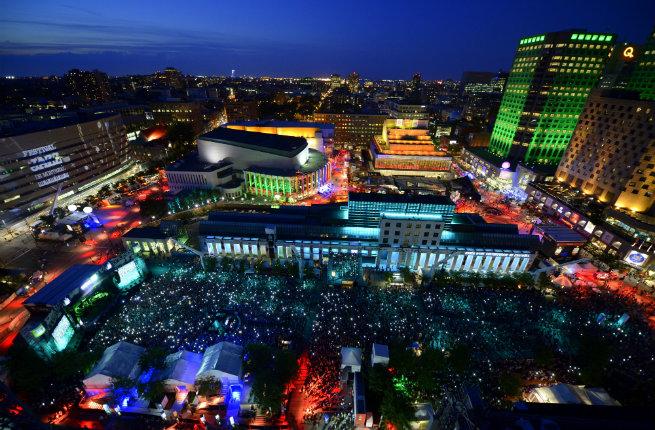 Instead of middle-of-nowhere fields, the hundreds of performances take place in some of Montreal’s most gorgeous and historic performance venues like Place des Arts and Le Gesù, as well as more laid-back and hip spaces like L’Astral and Club Soda. The venues are spread around Montreal’s city center, with most of the action centering on Quartier des Spectacles and Rue Sainte-Catherine. During the festival, the entire street is shut down to vehicles, with food stands, souvenir vendors, beer gardens, and outdoor stages lining the area. Almost all the outdoor performances are completely free, and even the indoor ticketed events won’t run you more than $100 (most average about $40 to $60 per show), making this one of the most affordable—and family-friendly—festivals in North America. 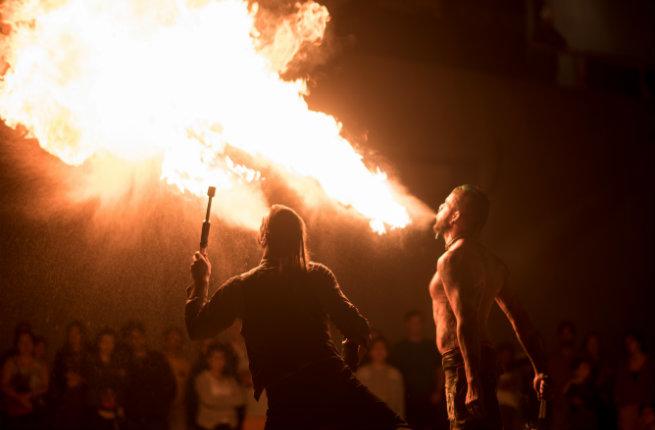 The performances themselves consistently span genres, with blues, classical, electro, swing, hip-hop, and of course, jazz all featuring heavily in the line-up. But the festival regularly welcomes some of mainstream pop and rock’s best acts too; this year includes names like Feist, Pink Martini, Joss Stone, Melissa Etheridge, and Bob Dylan. You’ll also be able to catch a showing of the popular film La La Land with the jazz-heavy soundtrack performed live by the Orchestre Métropolitain and conducted by Justin Hurwitz, the Oscar-winning composer of the film. The free shows come from decidedly smaller names, but are still great ways to discover new acts. 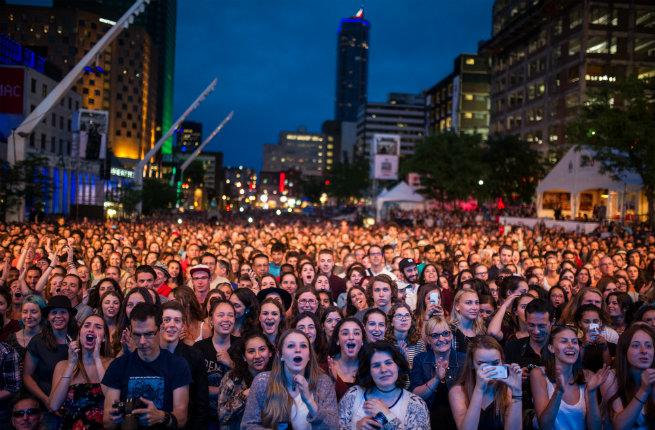 The city center location also means your time in Montreal doesn’t have to be spent solely on music. The city is as thriving as ever during the festival, and once you leave downtown, you can escape the crowds and explore the city’s history and culture through its parks, bars, bagel shops, dance clubs, and art museums. This year is also the city’s 375th anniversary, with special guided tours, street art, outdoor exhibits, and other events taking place in every neighborhood of the city.

This year’s Jazz Festival is happening June 28th through July 8th. Tickets are on sale now and can be bought online here.