The St. John River valley scenery is panoramic—gently rolling hills and sweeping forests, with just enough rocky gorges to keep it interesting. The native peoples (First Nations, French, English, Scots, and Danes) who live along the river ensure that its culture is equally intriguing. The St. John River forms 120 km (74 miles) of the border with Maine, then swings inland, eventually cutting through the heart of Fredericton and rolling down to the city of Saint John. Gentle hills of rich farmland and the blue sweep of the water make this a lovely area for driving. In the early 1800s the narrow wedge of land at the northern end of the valley was coveted by Québec, New Brunswick, and the United States. To settle the issue, New Brunswick governor Sir Thomas Carleton rolled dice with the governor of British North America in Québec City. Sir Thomas won—by one point. Settling the border with the Americans was more difficult; even the lumberjacks engaged in combat. Finally, in 1842, the British flag was hoisted over Madawaska County. One old-timer, tired of being asked to which country he belonged, replied, "I am a citizen of the Republic of Madawaska." So began the mythical republic, which exists today with its own flag (an eagle on a field of white) and a coat of arms.

Exploring Florida’s St. Johns River on a Houseboat
A houseboat cruise puts you in the driver’s seat for a weekend meander down one of America’s Heritage Rivers, the St. Johns.

4 River Cruises You Should Consider Booking
Expand your travel horizons and book one of these off-the-beaten-path river cruises. Adventure awaits on Africa’s Chobe River, the Dnieper in Ukraine, Myanmar’s Ayeyarwaddy, and Portugal and Spain’s Douro River. 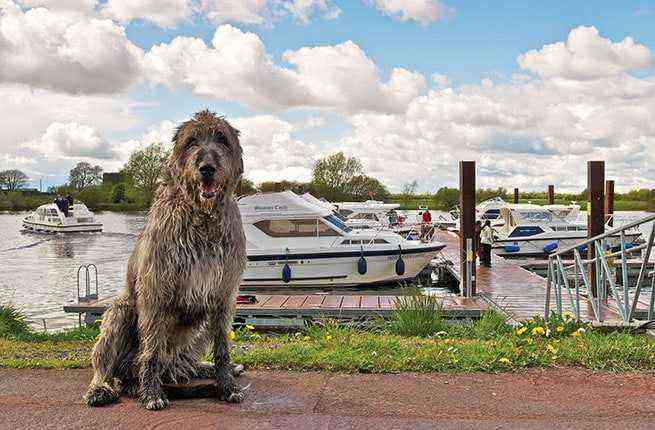 10 Don’t-Miss Stops Along Ireland’s River Shannon
The Shannon’s hidden tales of mythical monsters, an abandoned medieval village, ruined monasteries, and one of Europe’s oldest pubs can be navigated by water or road.