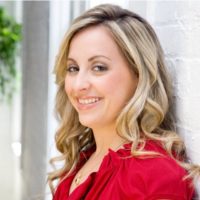 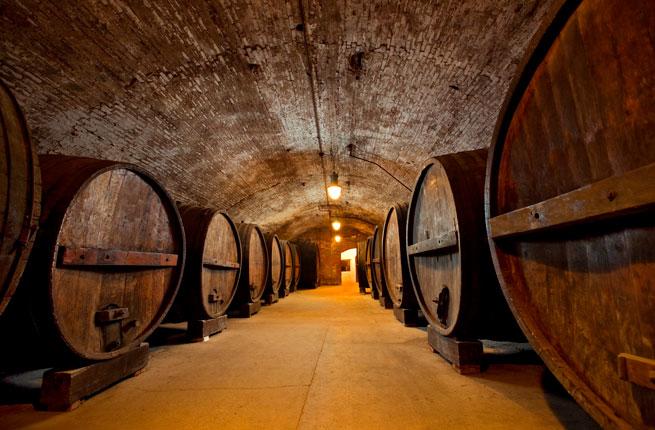 Escaping New York City is often a must for those living, working, and playing in the bustling metropolis—and for those who are just visiting. As fate would have it, the viticulturally rich Hudson Valley is just a short drive or train ride away, offering an ever-expanding wine country that is making oenophiles all over the world stand up and take notice of this burgeoning region. What’s interesting about the Hudson Valley Wine Region is that it has four existing wine trails on both sides of the Hudson River, including the Dutchess Wine Trail, Hudson Berkshire Beverage Trail, Shawangunk Wine Trail, and Upper Hudson Wine Trail, but it is growing rapidly even outside of these confines. Newcomer wineries such as Nostrano Vineyards are producing intriguing young wines like its Estate Baco Noir and Estate Riesling, while offering a slew of culinary and music events to further a wine lover’s experience. Other vineyards like Brotherhood, with deep roots in the region, focus on producing small batches of wine made with character and high integrity.

Spring is the perfect time to visit the Hudson Valley. You can work your way into the warmer weather with light jackets, wrapped in warm blankets if needed, sipping a glass of New York State wine.

The new kid on the block, Nostrano Vineyards, is owned by Nic and Kayleigh Bozzo who opened its doors in 2014. Nic is a fourth-generation farmer who took over his grandfather’s apple farm in 2009 in Milton, New York, armed with a degree in landscape architecture. He began planting the vineyard in 2010 with three varietals of seedless table grapes—pinot noir, riesling and cabernet franc. In 2014, he added three more varieties of seedless table grapes, and in 2015 planted an acre of pinot gris. Today, the vineyard is currently producing pinot noir, cabernet franc, riesling, a baco noir blend and an unoaked chardonnay. Their most recent releases are the 2014 estate cabernet franc and the 2015 estate riesling. The Bozzos host live music at the winery several times a month from May through October, a Fall Festival and marketplace every October, and a farm-to-table dinner in August. 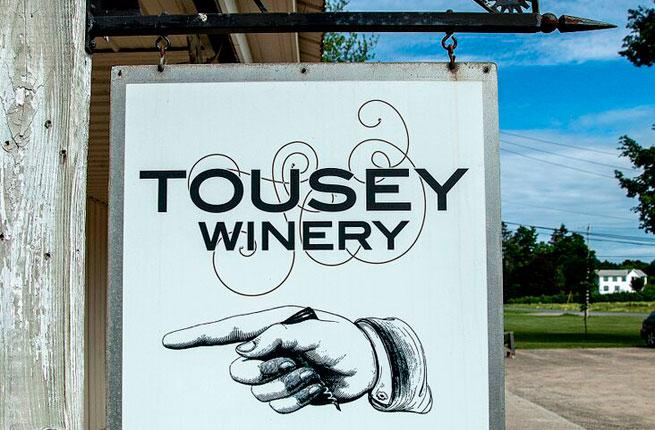 Tousey Winery has been a family-run enterprise from the start. Ray Tousey turned his dream into a reality when he took the beautiful family-owned property and transformed it into a vineyard.  Today, Tousey is run and owned by Ben and Kimberly Peacock. Ray’s daughter, Kimberly, was the natural choice to oversee the winery along with her husband, Ben, whose wine knowledge and business know-how rounds out the team perfectly.  With Kimberly having lived in Denmark and Ben hailing from England, they have a unique blend of European sensibility and local Hudson Valley roots. The winery produces pinot noir, cabernet franc, riesling, chardonnay, a dry rosé and three proprietary blends under its Scarlet Tiger brand. And don’t forget to try the estate bottled pinot noir, as Wine Enthusiast recommended it as one of the top 24 red wines to try from New York. 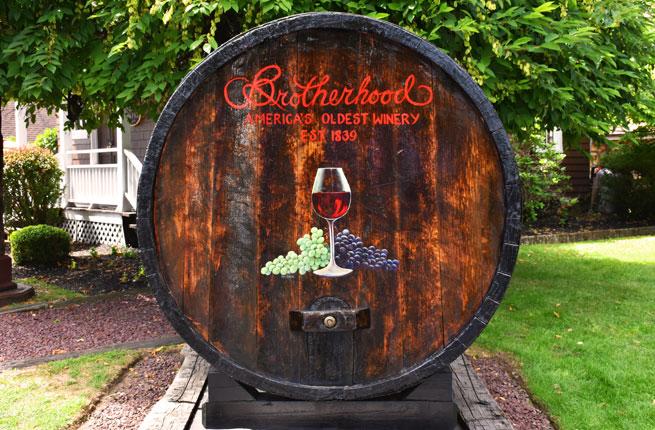 If you’re a history buff and a wine lover, you can’t miss Brotherhood Winery—the oldest American winery—in operation since 1836. The cellars were excavated by hand in the 19th century when French Huguenot Jean Jaques began planting grapes on his newly purchased land. The most recent owners of the winery include Chilean winemakers who have embarked on a massive restoration and renovation program at Brotherhood that includes equipment upgrades, vineyard acquisitions, the planting of new vines, and a facility remodeling. The winery continues to dazzle guests with tours of the most interesting nooks of this historical site, which has now become a charming place for private events, weddings, balls, and the like. The vineyard produces a number of varietals such as New York premium cabernet, chardonnay, merlot, and reisling, among others. They also offer an impressive roster of sparkling and dessert wines including ruby port, icewine and cream sherry. 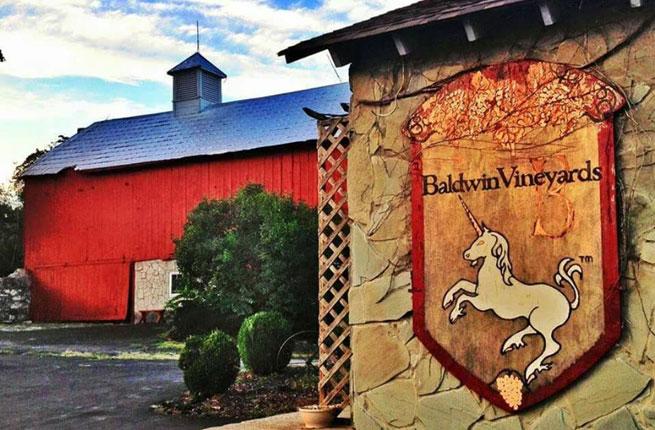 Well known for its Strawberry, Wine & Chocolate festival in May, Baldwin’s 35-acre vineyard produces some of the most intriguing dessert and fruit-forward wine in the country. Since 1982, owners Patricia and Jack Baldwin have been working tirelessly to create a micro-winery that offers a wide array of different styles of wine for the discerning palate. Best sellers for the winery include their dessert wine, made from black raspberries, as well as Anthony’s vintage, also producing hints of raspberry.