How to Spend 3 Days in Guadalajara, Mexico 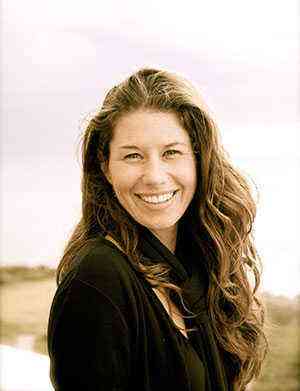 West of Mexico City and east of Puerto Vallarta, Guadalajara is truly the heart of Mexico. The vibrant metropolis is filled with swanky restaurants, art galleries, boutique hotels, and cultural attractions ranging from haciendas and cathedrals to markets and theaters. With nonstop flights from more than a dozen U.S. cities, it’s the perfect excuse to get away, even for just a long weekend. 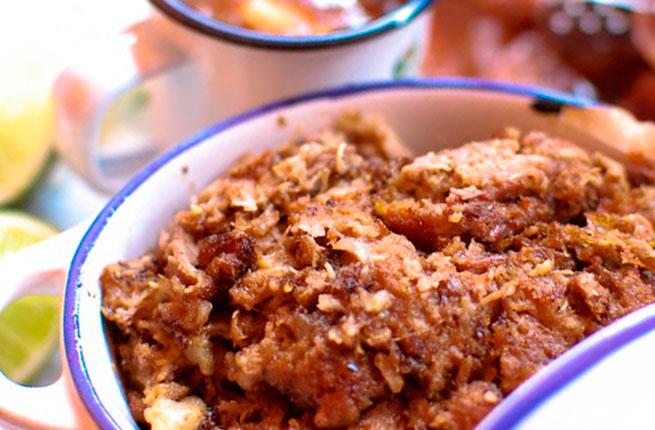 With 5 million residents, Guadalajara has its share of pretty people. There’s enough beauty, fashion, and style to make you want to spend the entire time shopping. And you can. Start in trendy Tlaquepaque, a pedestrian-only zone of 300+ shops, bohemian boutiques, historical homes, and restaurants that double as galleries. From clothing and jewelry to ceramics and works by Sergio Bustaman, this artisan village has enough colorful finds to satisfy your souvenir cravings.

Refuel at Casa Luna in the colonial heart of Tlaquepaque. Even if you don’t lunch here, at least come for the tamarind margaritas and live jazz. Begin with the huitlacoche tart in a pumpkin sauce, followed by any of their traditional entrées served in a lava stone molcajete.

From Tlaquepaque, head downtown to the city’s most famous landmark, the Guadalajara Cathedral, with neo-Gothic towers and domes that date back to 1561. Stroll through Plaza Mariachi to reach Hospicio Cabañas, a UNESCO World Heritage Site with frescoes from José Clemente Orozco, one of the greatest Mexican muralists of the 20th century.

If you haven’t filled your shopping quota, visit San Juan de Dios (Mercado Libertad), the largest covered market in Latin America. Across the street is an entire shopping district dedicated to jewelry, and nearby you’ll find Galería del Calzado, a shopping center with nothing but shoes.

For dinner, Hueso is a must. Owned by chef Alfonso Cadena, the concept is based on sharing, with a communal table that runs down the center of the dining room. 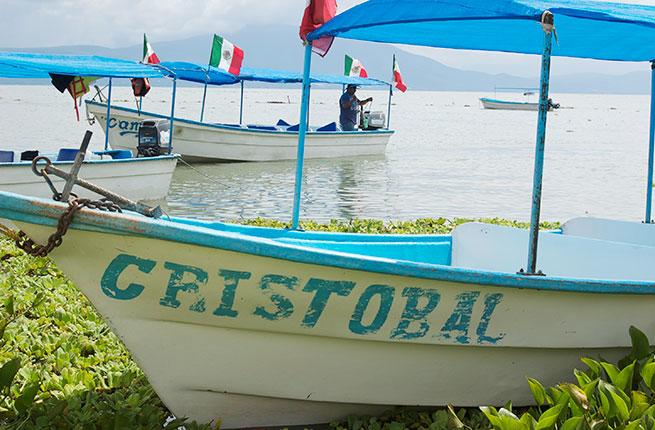 Assuming you indulged in lavender margaritas at Hueso, start off your day with Guadalajara’s signature dish, torta ahogada (drowned sandwich). Considered the hangover cure, the thick roll is stuffed with pork and dunked in a spicy salsa. To detox with a view, the rooftop restaurant at NH Collection Hotel overlooks the historic center, and they serve a mean torta ahogada.

From downtown, drive one hour south to peaceful Lake Chapala, Mexico’s largest freshwater lake. Hire a boat from the town of Mezcala de la Asuncio and venture to the nearby islands. Stroll the northern shores of Ajijic, the largest North American expat community in the world.

At night, dress to impress at Lula Bistro, a posh restaurant where the standard is a 12-course tasting menu. Presentation by chef Darren Walsh is phenomenal, with elements of molecular gastronomy that play with tastes and textures. Save room for the smoked tortilla ice cream. 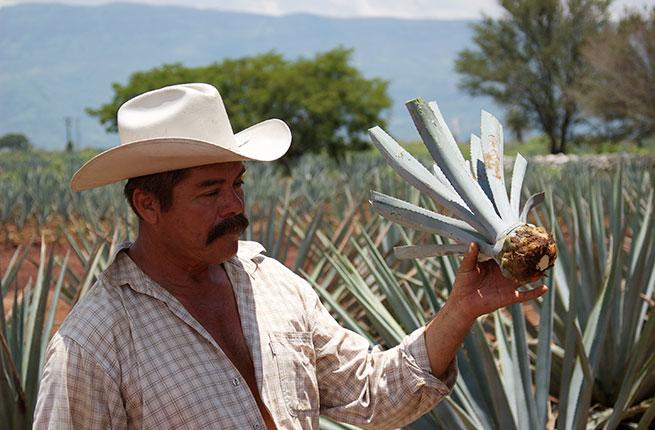 Time for Tequila—the town, not to be confused with the beverage (which you will undoubtedly try). Go all out and take the “Tequilacopter” from Guadalajara to Tequila, operated by Sauza Tequila Company, or travel two hours with the Jose Cuervo Express Train. Both packages include a distillery tour and tequila tasting. The drive from Guadalajara takes 45 minutes.

You’ll know you’ve arrived by the blue agave fields that stretch for miles over rugged terrain. All of the world’s tequila is produced in this region, making it popular with travelers visiting the town's 18th-century church, the National Museum of Tequila, and a distillery or two. Have lunch at Solar De Las Animas on the main square overlooking the church of Santiago Apostol.

If you’re not too exhausted from tequila tastings, head an hour west of Guadalajara (or an hour south of Tequila) to the circular stepped pyramids of Los Guachimontones. Near the town of Teuchitlán, the pre-Hispanic ruins attract more than 20,000 visitors for the spring equinox festivities in late March.

Alternatively, you could bypass the archeological site for an unparalleled dining experience with Maru Toledo. The master chef dedicated a decade to researching the ancestral kitchen of Jalisco and now hosts meals at her humble home (by reservation) in the village of Ahualulco de Mercado. The result is Las Mujeres del Maiz (The Women of Corn), a group of women committed to culinary traditions and cooking regional dishes on controlled fires. Expect handmade tortillas de pasta verde, birria stew, salsa de elote, and homemade chocolate and flan.

Sunday evening, watch Lucha Libre ringside for a wrestling show that’s a mix of WWE-meets-Halloween. Held at downtown’s Arena Coliseo de Guadalajara, the lively Mexican sport is beyond entertaining, right down to the screaming crowd and tag-team luchadores flying at your feet.

End your day at the funky Il Latina, where seared tuna tacos and jicama tortillas are served on tin camping dishes. The mezcal cocktails and after-dinner carajillo pack a punch. 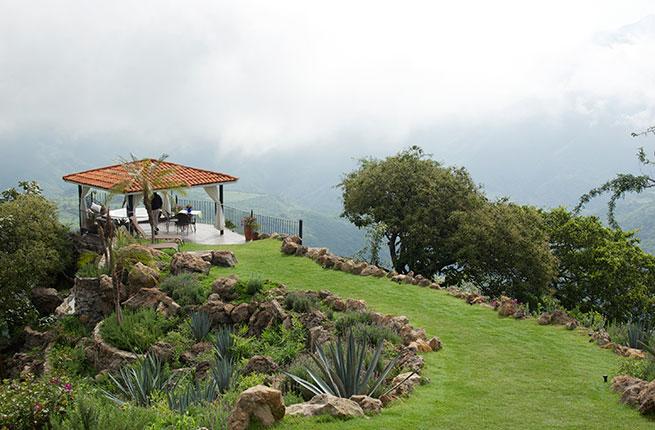 There’s no shortage of accommodations in Guadalajara, with more than 22,000 hotel rooms ranging from budget to luxury. For something chic, artistic, and central, stay at Hotel Demetria near the historic center. Integrating glass, steel, wood, and cement, the modern hotel will make you feel hip even if you’re not. The neighboring the property is Demetria’s Casa Franco, built in 1929 by famed Mexican architect Luis Ramiro Barragán Morfín.

You can’t get any more central than the new NH Collection Hotel. The modern hotel has sleek, spacious rooms close to main attractions including the cathedral and Degollado Theater.

To escape the city bustle, overnight at the romantic Hacienda Lomajim, a boutique hotel and spa in the Zapopan district. An hour northwest of downtown, the 17-room hacienda has sweeping views of San Cristobal Canyon and an impressive brunch served on the poolside terrace. The ranch is surrounded by trails to nearby waterfalls.

Throughout the year, temperatures in Guadalajara range from 55 to 95 degrees Fahrenheit, with optimal weather from November through March. During this time, expect cooler temperatures, sunny days, and little rain.

Getting to Guadalajara is easy by flying into the Miguel Hidalgo International Airport (GDL), 24 miles from the city center. There are nonstop flights from major U.S. cities including Austin, Dallas, Houston, San Francisco, Seattle, L.A., and New York. Modern highways connect the city to surrounding areas and beyond, with taxis, public buses, and car rentals readily available. A rail system serves Guadalajara, Zapopan, and Tlaquepaque.