Roatan and the Bay Islands 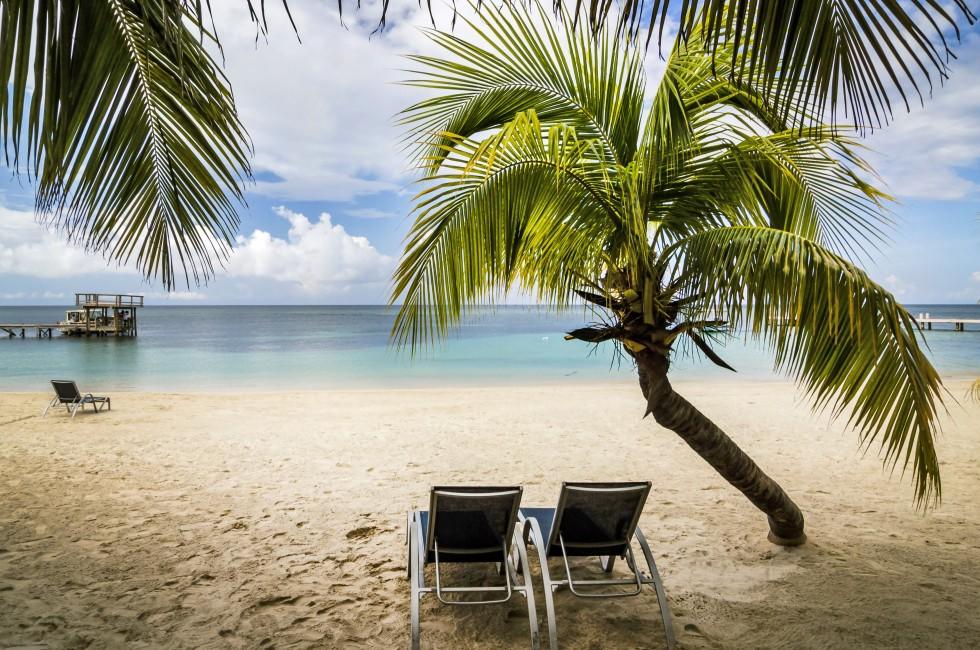 Surrounded by one of the world's largest barrier reefs, the Bay Islands are a dream come true for snorkelers who want to come face-to-face with shy sea turtles and divers who are eager to glide along the bottom with graceful eagle rays. It's also irresistible for those who simply want to relax on a palm-fringed beach far from the crowds found in the rest of the Caribbean.

Located roughly 60 km (37 miles) off the northern coast of Honduras, the Bay Islands are primarily made up of three larger islands: Roatán, Utila, and Guanaja. There are also more than 60 islets and keys, many of them uninhabited, plus the Cayos Cochinos archipelago closer to the mainland. Truly a tropical paradise, these emerald specks in the azure sea have long attracted an eclectic mix of settlers who make up the spicy cultural soup that flavors life on the islands.

The islands were populated by the robust Pech people when explorer Christopher Columbus first set foot on the easternmost island, Guanaja, during his fourth voyage to the region in 1502. He claimed the islands for Spain, and that country soon forced the indigenous people to move to Mexico to work in the gold and silver mines. All the while the Spanish had to fend off pirates like Henry Morgan, who used the islands as a base for raiding Spanish ships in the early 1600s. Today, islanders celebrate the famed privateer by lending his name and daunting image to resort chains, dive shops, and beachfront bars.

The islands were largely uninhabited until the late 18th century, when the British quelled a rebellion by the Garífuna people living on the Caribbean island of Saint Vincent. Some 5,000 survivors were moved to Roatán, the largest of the Bay Islands. The Garífuna didn't much care for the island and emigrated to the mainland town of Trujillo, leaving behind one surviving settlement in the community of Punta Gorda. The sleepy seaside town still remains more than two centuries later.

Residents of the Bay Islands today live much as they have for hundreds of years—fishing, dancing, and holding on to traditions. The Garífuna people and descendents of British settlers today speak a very distinct style of Caribbean-accented English. In Utila, the Cayons (natives to the Utila Cays) even refer to mainland Hondurans as "the Spanish." Recently, though, the burgeoning tourism industry has infused the island with a growing population, including many Spanish-speaking mainlanders and a large number of foreign ex-pats. As a result the Bay Islands are now more "Honduran" and more modern at the same time.

Each island maintains a very distinct personality. Roatán is by far the most popular of the Bay Islands, and its endless offering of all-inclusive resorts, bed-and-breakfasts, eateries, and family activities make it the busiest as well. Utila attracts the backpacker crowd with its famously inexpensive dive packages and nonstop nightlife; however, this westernmost island is suitable for all travelers, and the fact that nearly all hotels and restaurants are within walking distance gives it a warm community spirit. Guanaja is mellow and stunningly gorgeous. With most locales only accessible by boat, the island has a pleasant sense of isolation. Some of Honduras's best deep-sea fishing is here, and empty white-sand beaches are therapeutic.

Though closer to mainland Honduras than its island cousins, the Cayos Cochinos, or Hog Islands, are still considered part of the Roatán municipality. The Cayos Cochinos consist of two islands and 13 coral cays; you'll find top-notch diving and welcoming Garífuna communities along the shorelines of these lesser-known gems.

The abundant, colorful coral reef surrounding the Bay Islands is one of the reasons so many divers and snorkelers are drawn to this slice of the Caribbean. Keep in mind that most of the reef is protected by various marine parks and national legislation, so find out the rules and regulations before you get in the water. Generally though, be sure to never touch the coral or marine life (not even for a photo op!), and be careful about bumping coral with your hands or fins, as this can irreparably damage the reef.

Recommended Things to Do in Roatan and the Bay IslandsSEE ALL

Find the perfect tours and activities in Roatan and the Bay Islands.

Recommended Hotels in Roatan and the Bay Islands SEE ALL

Recommended Restaurants in Roatan and the Bay Islands SEE ALL

Find the best food tours and activities in Roatan and the Bay Islands.

10 Great Scuba Diving Locations
Courtesy of PADI Whether you want to explore shipwrecks or see coral of every color, scuba diving is a great way to experience the underwater world. We’ve picked our favorite places to take the plunge, where there’s also plenty of things to do on dry land to make a great vacation. What’s on your diving … <a href="">Continued</a>