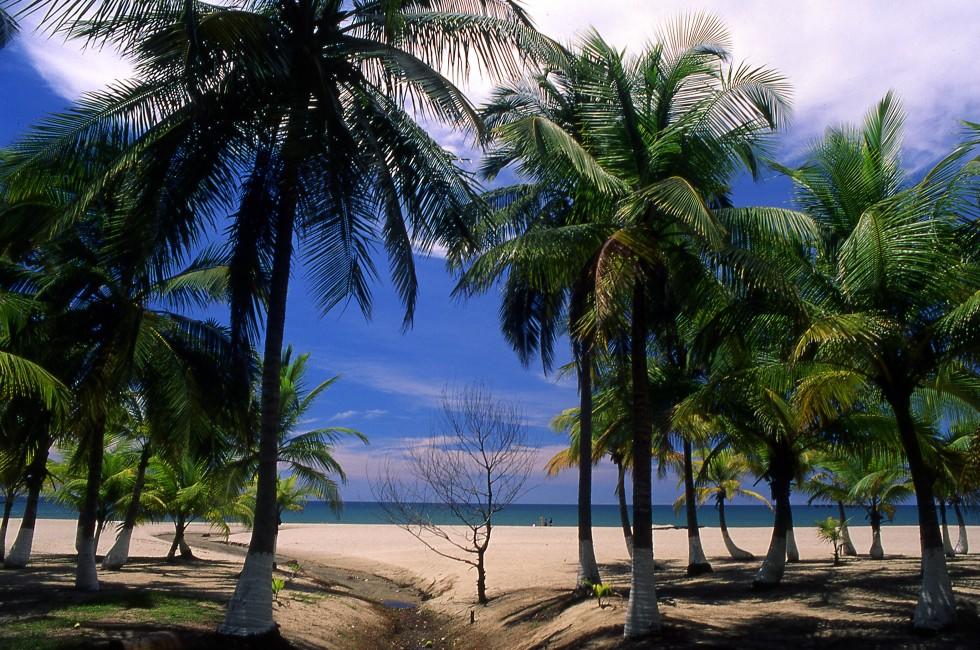 The northern coast of Honduras is a world away from the country's interior. Chaotic urban grids give way to mellow coastal towns. Steep green mountains slope sharply into verdant jungle canopies and salty turquoise waters. National parks and reserves ring vibrant beachfront promenades and port cities with sandy streets and brightly painted buildings. The residents are just as diverse, with cultures and languages that offer a unique panorama of Honduran history.

The coast is mostly the domain of the Garífuna people, descendants of African slaves who were shipwrecked in the Caribbean. They first settled on the island of Saint Vincent in the Lesser Antilles, but in the 18th century the British forcibly moved them to Roatán in the Bay Islands. Many eventually migrated to the mainland, and they now inhabit the Caribbean coast from Belize to Nicaragua. Many Garífuna people along the coast live in thatched-roof huts next to the sea, getting by mostly by fishing. Women tote patterned parisols, dress in colorful tunics, and wrap flashy scarves around their heads.

In Garífuna music, dancing, and native language you can note a distinct West African influence. Beats thump from hardwood drums as dancers circle their hips in the traditional punta form, perhaps the best-known genre across the Caribbean. Octogenarians can still sing and dance long after younger people collapse from exhaustion. Some of their songs are filled with images of poverty and loss, whereas others are more like oral history put to music. Religious rituals, especially those focusing on death, are very much in evidence here, and respect for the ancestors is central to the culture.

The mestizo (people of mixed Spanish and indigenous descent) population, orladinos, mostly reside in urban centers or further inland. Many have lived here since the time of the Spanish conquest, while others arrived in the late 20th century to work at the ports and banana plantations. Small villages tucked into the foothills are emerging to bring their ancestral knowledge of nature and artisanry to travelers passing through. Young adults train to offer mountain hikes and local tours, and artisan cooperatives invite visitors to their workshops to meet the craftsmakers. Descendants of the indigenous Lenca empire line gift-shop shelves with burnished pottery hued black by pine smoke. Native Pech artisans twist tree bark into tinted twine, or majao, to weave pouches, bracelets, and accessories.

The regional cuisine along the coast happens to be the country's best, with specialties such as sopa de caracol (conch soup) and tapado de pescado (steamed fish and coconut-milk stew) served with machuca (mashed yuca). Pan de coco (coconut bread) is another favorite in the area, as is the bitter Garífuna spirit gifiti, a fusion of rum and medicinal herbs. Rice and beans cooked in coconut milk andtajadas (fried plantain slices) are ubiquitous side dishes sure to top off every meal. Garífuna favorites includeereba (cassava bread),bundiga (plantain gravy) and plenty of fried fish and chicken dishes. 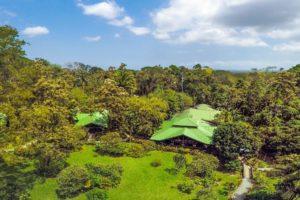 Recommended Things to Do in Honduras' Caribbean CoastSEE ALL

Find the perfect tours and activities in Honduras' Caribbean Coast.

Looking to Leave? 10 Incredible Places to Make a Home in Central America
Here are 10 places to visit in Central America that are perfect for when you’re ready to quit your job, sell your house, and relax in paradise.