How to Build Paradise in 31 Months 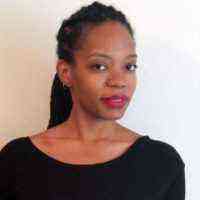 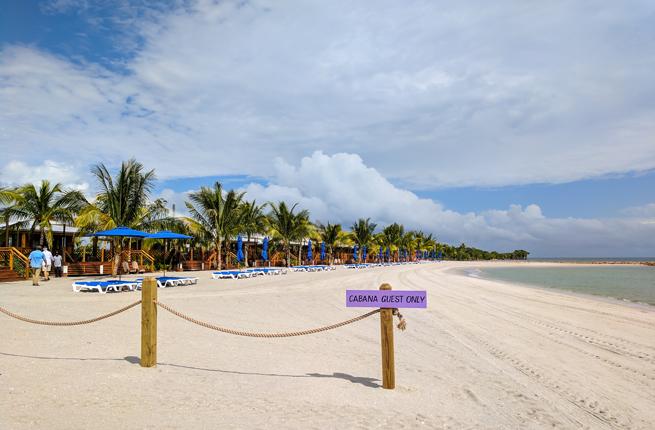 Very few of us, while lounging in a resort destination, spend any time wondering just how it all got there, or how a place goes from under-the-radar to tourist destination sensation. Even fewer of us imagine an executive from Norwegian Cruise Line hightailing it back to his boat, pursued by a pack of feral dogs on an uninhabited island off of the southern coast of Belize. But when you’re trying to build a vacation destination from scratch, that’s sometimes what it takes.

To understand why any place would be worth that much trouble, it’s important to know that the air in southern Belize smells like seawater and coconut. The white sand beaches are warm year round and surrounded by mangrove forests where manatees play. Manage to leave your hammock and travel farther inland and there are Mayan ruins, wildlife sanctuaries, and quaint villages where the locals know how to open a fresh coconut and pour rum inside of it to make a delicious drink that’s impossible to re-create back home with Vita Coco and Captain Morgan’s. 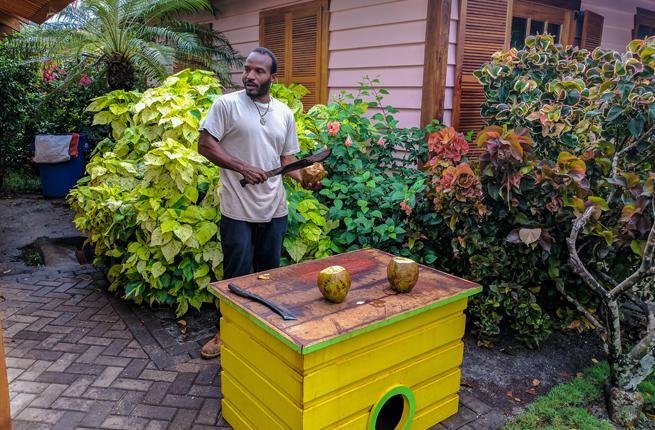 It’s the kind of place that, once you discover it, you know that everyone would want to come, if only it were easier to get there.

Even travelers who have heard about the attractions of Belize might, upon arrival at Philip S. W. Goldson International Airport, find themselves wondering just how to get to them. Still off the beaten path of commercial travel, Belize’s international airport does not have many sources of travel information.

I did find a flyer for manatee excursions left on a table next to another flyer warning about the local alligator population. I do know some adventurous travelers who would assure me that it was OK (and it might have been) and call the cell phone number on the back with no hesitation. But to board the local commuter planes that ferry travelers over Belize’s dense forests to the beautiful beaches beyond, most tourists need a little more assurance. 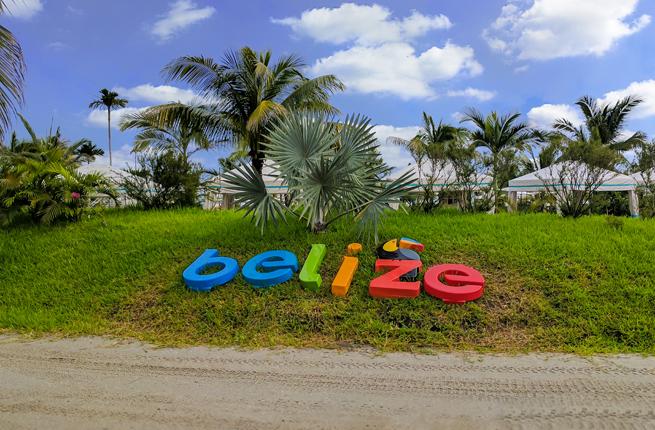 And, for those travelers who need more infrastructure, Norwegian has big plans for the area: an “upscale resort without rooms,” a private island off of the coast of southern Belize, where guests can choose their own adventure to create the vacation escape they’d like: a day spent zip-lining Superman-style over the 2,000-foot-long beach, lounging in a private air-conditioned cabana, or out on the mainland visiting Mayan ruins and local wildlife.

Norwegian planned a destination with activities more than any other cruise line’s port of call, not simply to set the cruise line apart, but to capture all of the best of hard-to-access southern Belize in one location.

But they had to find an island first. Belize boasts roughly 400 cayes (pronounced “keys”) off of its coast. And because there’s no Zillow for uninhabited islands, that means that each of the suitable ones would have to be explored in person for necessary qualities: deep enough water to accommodate a cruise ship, minimal waves and wind to make docking easier, and the space to drop off 4,500 passengers at a time. Add proximity to the mainland and owners who were willing to sell to a major cruise line at a reasonable price, and you have a recipe for the improbable. 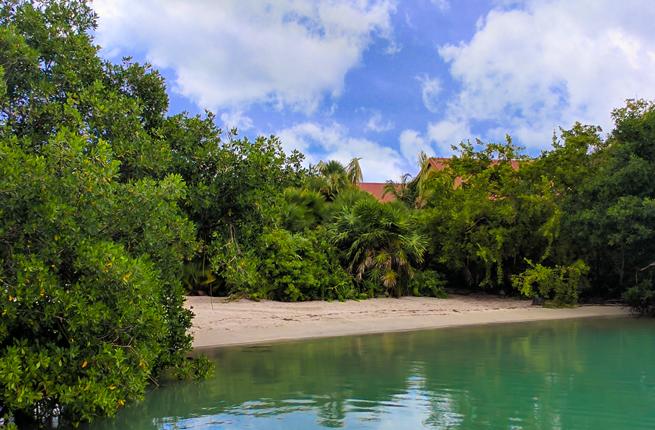 “The likelihood of finding this perfect island in this perfect place in the perfect position for the perfect price very rarely happens,” said Colin Murphy, Senior Vice President of Destination and Strategic Development for Norwegian Cruise Lines, who went out in search of it anyway.

It sounds like a uniquely adventurous thing for a big tourist outfit to do, to send a single employee out on a rented boat, “a bit like Indiana Jones,” to explore the great island unknown first-hand and build a destination from scratch. But to Norwegian’s credit, it’s not the first time they’ve done it. Roughly 40 years ago, they built the world’s first cruise private island, the Bahamas’ Great Stirrup Cay, and haven’t attempted the feat again since. 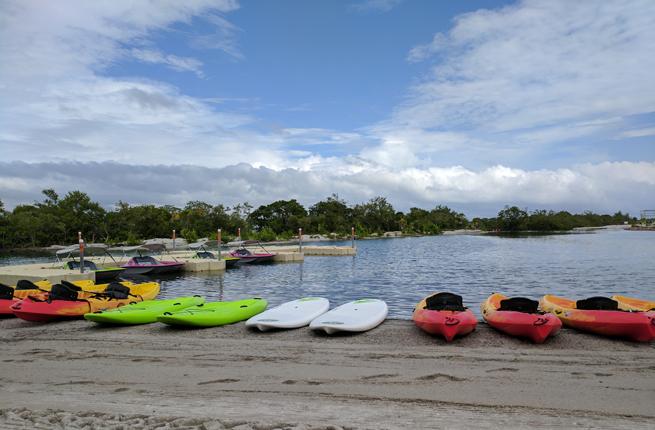 But adventure feels like part of Belizean culture. Everyone I had lunch with while visiting had the weathered look that suggested a world of adventure that casual vacationers will never understand, with resumes to match. Before he was Norwegian’s Guest Services Director, Dan Drohazal was in Djibouti, training the local military in naval exercises in shark-infested waters. He spent 5 years there working alongside Navy Seals and establishing a program to protect the sharks and their reef before there was a terrorist attack “about 500 yards from our office, in one of the restaurants we used to go to.”

He calls his time there an “extremely interesting experience,” and credits its end with giving him the chance to work with the cruise line.

Murphy met wildlife director Tony Garel in a bar in the middle of nowhere in Brazil, while he was on a break from saving the local jaguar population and raising endangered birds by hand.

So, in that context, the Senior Vice President of Destination and Strategic Development island-hopping on a rented boat isn’t that strange.

The plan was to visit the islands one by one with the boat’s captain, the occasional local engineer, and several Belizean government officials (who insisted on supervising), including one woman who sent the explorers off to each island with cheese sandwiches and a beer before disappearing to safety below deck for the rest of the day, unwilling to follow them to shore.

The process got to be predictable: hear about an island that might be suitable, fly to southern Belize, hire a boat to the island and find out that, for one reason or another, the island wouldn’t work. Some were attractive but too far out, some were close but structurally unsound, some were already owned by people who were asking too much money for them, others were inhabited by wild animals that didn’t negotiate at all. Others were unnavigable and dangerous, as Murphy’s guide pointed when Murphy was stuck knee-deep in mud and then warned to “watch out for alligators.”

The repetitive, sporadically dicey business went on for months. “We were struggling,” Colin admits. And there were times when they thought that the search wouldn’t reveal anything at all.

And then it happened. In 2013, the team at Norwegian got word that Harvest Caye was available, and they went to investigate. A lot of it was underwater. They could fix that. There were large, stagnant ponds (“I’ve never seen so many mosquitoes in my life”). Those could be filled. And there was a “dirty, great big trench down the middle,” perfect for storing the million cubic meters they would have to dredge offshore to make room for the cruise ships.

Not only could they work with it, they would do it in just 31 months, the time it took to turn Harvest Caye from a barely habitable slip of a flooded island to a 78-acre beach resort and sample of local Belizean flavor.

Visitors dock in the middle of a street festival, lined with shops from local vendors, set to the drumming of local Garifuna musicians. There’s a chocolatier selling locally made chocolate fresh from the Amazon (that’s liberal with the samples), a gelateria (it’s a big thing in Belize for some reason, and delicious), and stalls featuring local handicrafts made by nearby residents. You’ll even find a stand where they’ll open a young, chilled coconut and pour rum inside.

Before Norwegian’s guests dock for their 8-hour stay, they can sign up to rent a cabana, zip-line, or head to the mainland for cultural and eco-tours. All guests are free to join conservationist and Wildlife Director Tony Garel to see the toucans, iguanas, boas, butterflies, and other animals he’s raised and cared for as part of Harvest Cay’s wildlife breeding and release program. 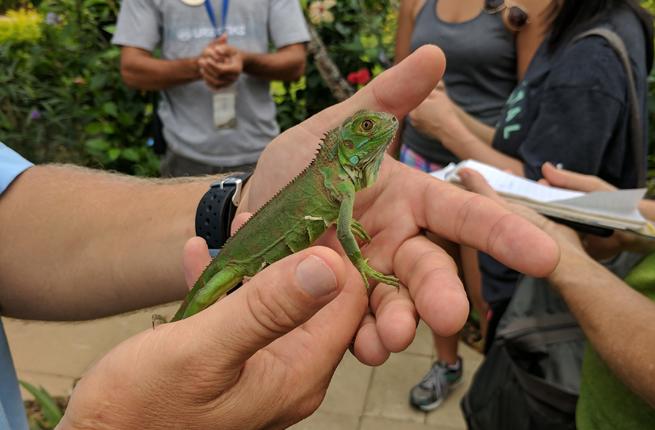 Or they can parasail offshore or snorkel to enjoy the Belize Barrier Reef, the second-largest coral reef system in the world, being protected in part by Dan Drohazal, who is in charge of making sure that Norwegian protects the environment it has brought guests to visit.

But whatever they do, most guests end up at the swim-up Landshark bar, in the 15,000-square-foot pool after a hard day of adventuring or relaxing by the ocean. Most guests won’t realize what went into this new slice of paradise, but recognition or no, Murphy calls his adventure to find the island the highlight of his career. Although, he says, he won’t be going on another such adventure anytime soon. “I don’t think I could live through it.” 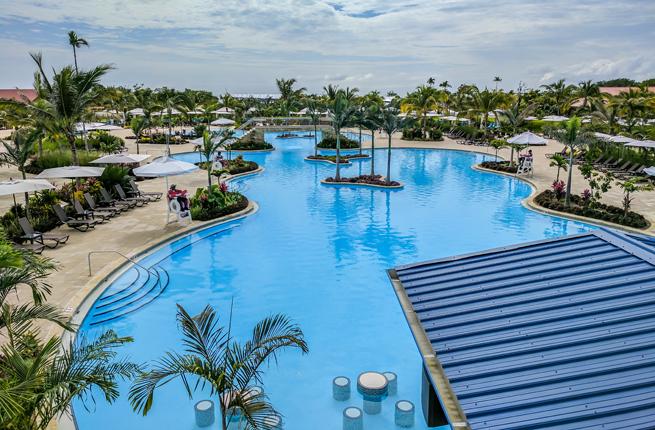