What to Read Before You Visit Barcelona 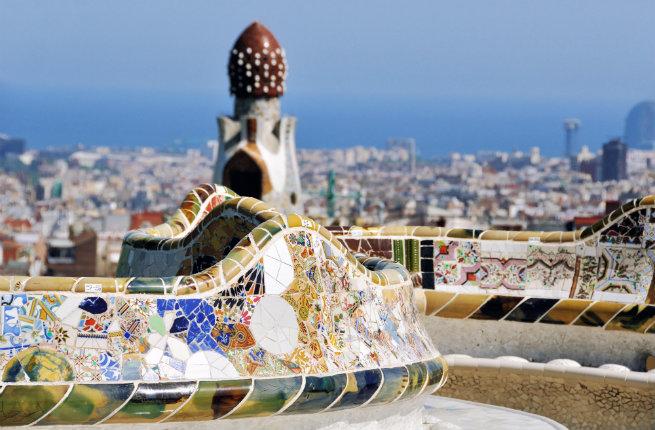 “The storehouse of courtesy, the refuge of strangers, the hospital of the poor, the homeland of the brave, the avenger of the affronted, and the appreciative returner of firm friendship, unique in its setting and its beauty.” That’s how Cervantes describes Barcelona. As Cervantes set one of Don Quixote’s most memorable scenes on the beach there, it would be easy to recommend that readers just spend some time with that infallible book. However, Barcelona has much more to offer—these are the best novels to read before visiting the city.

The Grey Notebook by Josep Pla

In his book about Barcelona, Pla displays a foreigner’s watchfulness, the rural perspective of a man who has read much and lived little, one who can’t assimilate for the simple reason that he’s not sure he wants to. From this distance, the image of the city and its inhabitants is caustic, somewhat jealous, and almost always a magnificent literary journey.

City of Marvels by Eduardo Mendoza

Set between the two international expositions in Barcelona (1888 and 1929), this novel—which has gone through numerous editions—single-handedly reinvigorated the picaresque genre. Propelled by his prodigious comic talent (which doesn’t prevent scenes of brilliant sorrow), Mendoza’s fast-paced tale describes the evolution of a city that, ignorant of what was to come (including the bombing), could only foresee a marvelous future. Ideal reading if you want to fall in love with Barcelona at first sight.

The Time of the Doves by Mercè Rodoreda

It would be impossible not to include this book that Gabriel García Márquez described as “the best Catalan novel written after the Civil War.” The post-war period is depicted here from a feminine perspective of forced submission, which can only be escaped through the language of an unconscious nightmare.

Sales wrote one of the best novels of the 20th century, in any language. The section set in a divided Barcelona displays his greatest virtues: moral tension, ceaseless venting from the book’s characters, and a raw view of human nature, which Sales seems to want to capture in its totality. This book is of an extraordinary, comprehensive, and joyful ambition, and it has never been matched in the Catalan language.

It’s impossible to understand contemporary Barcelona without the figure of the charnego, a pejorative Catalan word to describe someone who moved to Catalonia from another part of Spain but didn’t learn the language. This novel, perverse and lively, surpasses all others in its understanding of the charnego. An immigrant, or a son of the successive waves of immigrants who flooded the city, the charnego is an indeterminate character who floats between two tongues and two identities: Spanish, which can only be left behind; and Catalan, which he cannot or is not allowed to integrate. Luckily, along comes sexual attraction, with its marvelous ability to tear down barriers and mix up social classes and families, to solve or complicate everything. The perfect read for falling in love in Barcelona.

This peculiar novel in verse digs deeper than any book I know into the crowded class of urban artists with more ambition than talent. Here the reader will find the same distrust, absurdity, tenderness, and awkwardness as in any other major city. Talky as the novel is, it seems to me one of the most genuinely Barcelonan of Barcelona’s novels. Recommended reading if you come to Barcelona seeking artistic inspiration.

This titanic novel has much to offer a reader who wants to understand Barcelona’s bourgeois class: sociogeographical description via a seemingly omniscient voice, a catalogue of habits and sexual expectations, the moralizing and hopes (most of them miserable—Goytisolo’s ear for stupidity is devastating and delicious) of the post-war middle class. Also important in getting to know the people of Barcelona: their summers in Ampurdán and the Costa Brava—even today, unquestioned abysses of the gaudiest fantasies.

Anyone who wants to know how contemporary Barcelona (and, by extension, Spain) works should read this long novel in which Casavella, using picaresque elements and the basic tools of melodrama, established an early and very brave association between official nationalism and systemic corruption. We see the city weakened by an economic crisis that roils behind a façade of beautiful buildings, forgiving weather, and a sumptuous sea.

Gonzalo Torne is the author of Divorce is in the Air