Edinburgh and the Lothians

Scotland’s capital has long labored under a rather staid reputation as a city of proud traditions. Today’s bold and adventurous Edinburgh, however, is shaking things up. That includes its drinks scene, which, by the way, is much more than Scotch. Here’s where and what to drink when you are in town 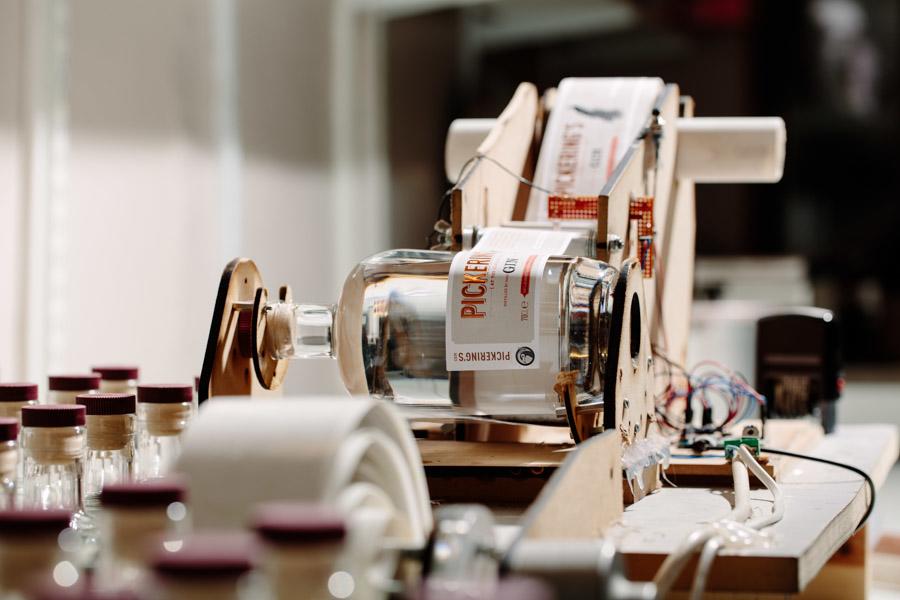 When it opened in 2013, Pickering’s Gin claimed the title of Edinburgh’s first exclusive gin distillery in over 150 years. Its distillery is located on the sprawling arts complex of Summerhall, a former veterinary school in the south of the city.

Occupying what was once the small animal hospital of the vet school, where vintage veterinary instruments share space with contemporary artwork, The Royal Dick serves Pickering’s on tap, piped directly from distillery to bar. 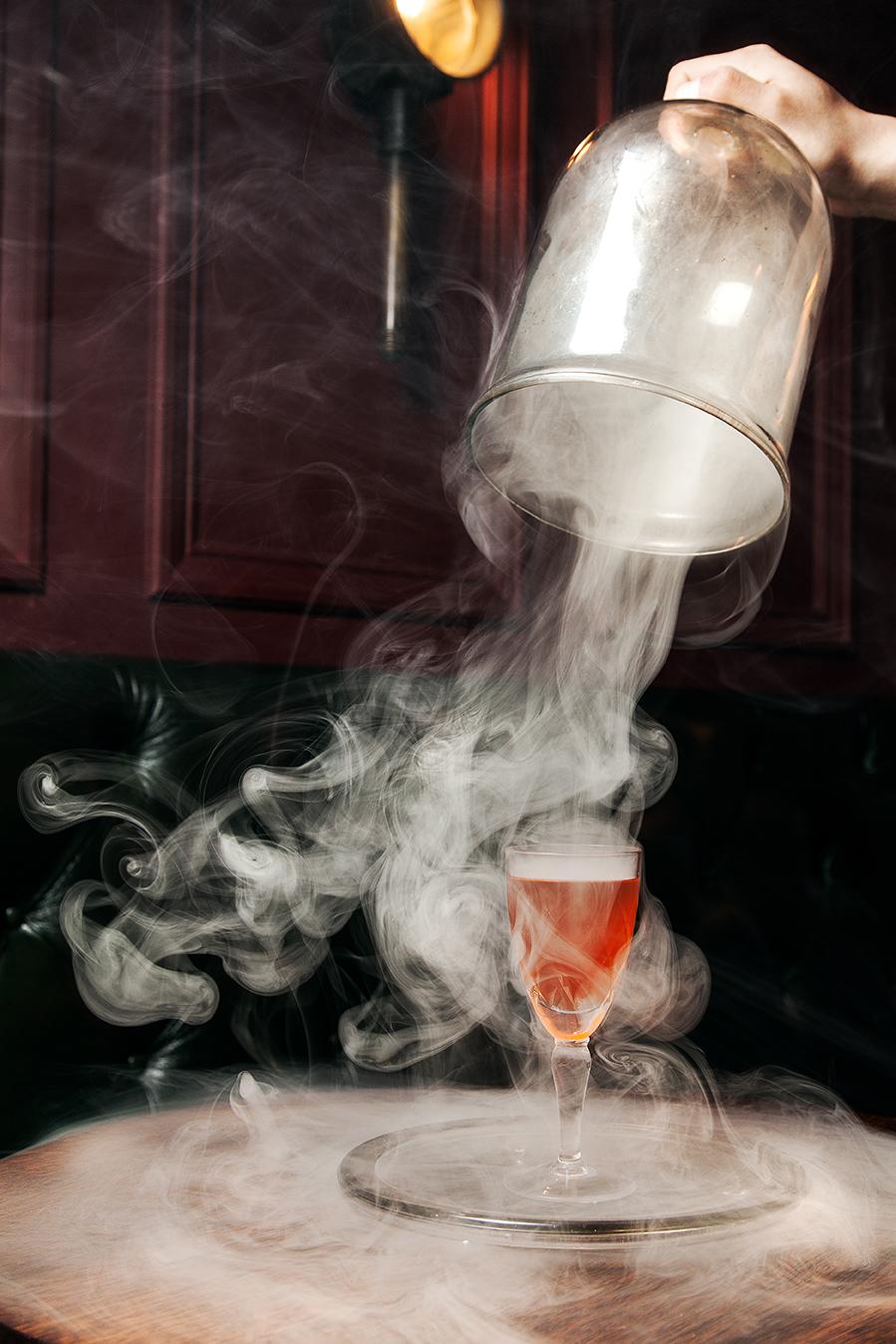 Edinburgh has experimental subterranean bars in spades. One of the best is a New Town speakeasy cunningly disguised as a barbershop named Panda & Sons. Cocktail production here leans toward the theatrical—the Birdcage Cocktail is served in a smoking bell jar—and while punny cocktail names (“Juan Direction”) and an entrance through a door disguised as a bookcase may seem gimmicky, the quality of its libations speak for themselves. 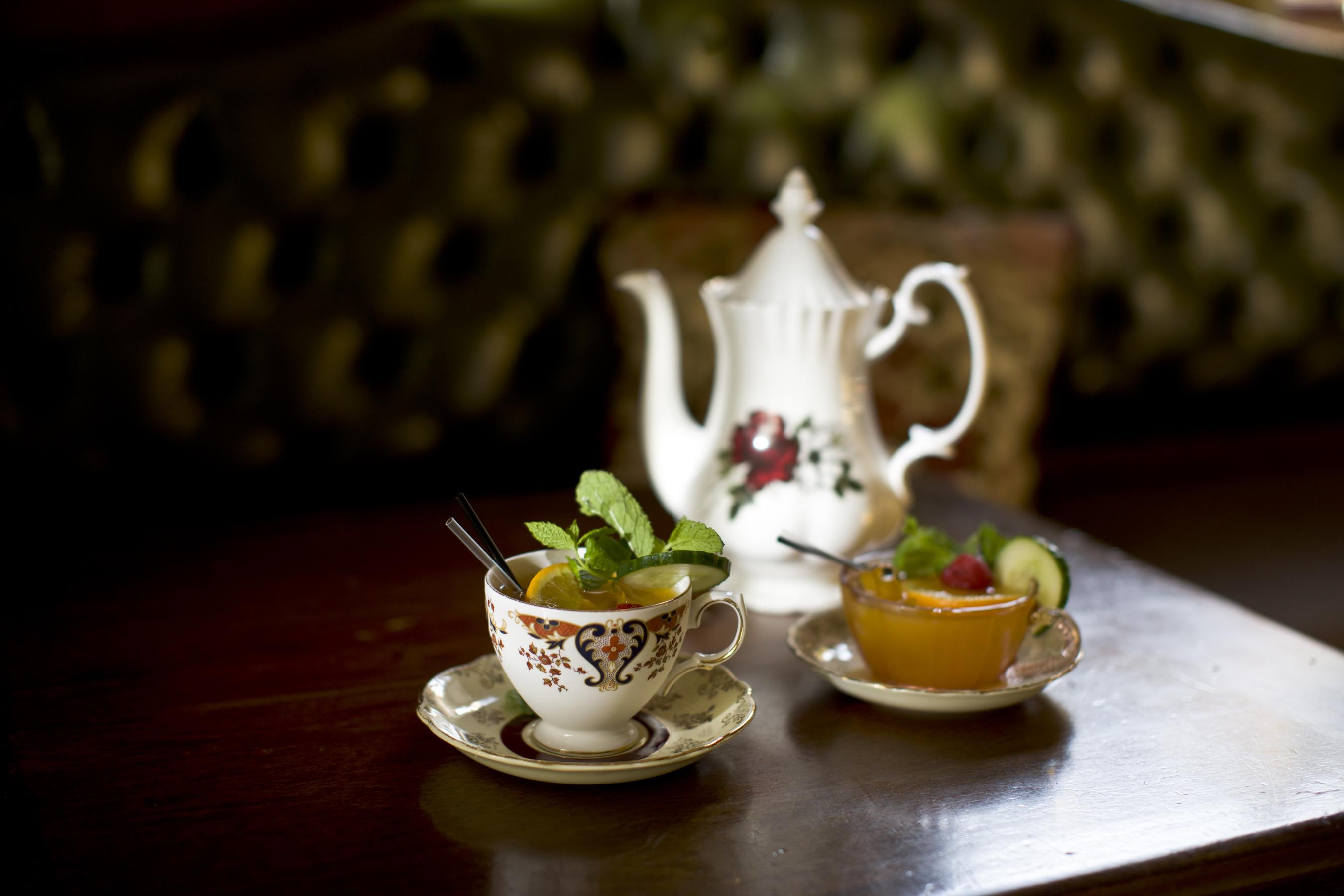 If quirky is your bag, head on down to the once-maligned/now-trendy neighborhood of Leith to Roseleaf where cocktails are served in all your hipster favorite tableware: teapots, tea cups and jam jars. If you find the vintage trinket- and zany hat-filled interiors edging toward the cloying side of cute, order a hearty plate of Scottish comfort food—try the Cullen Skink (fish soup), curry or kedgeree—to complement your chintzy teapot cocktail. 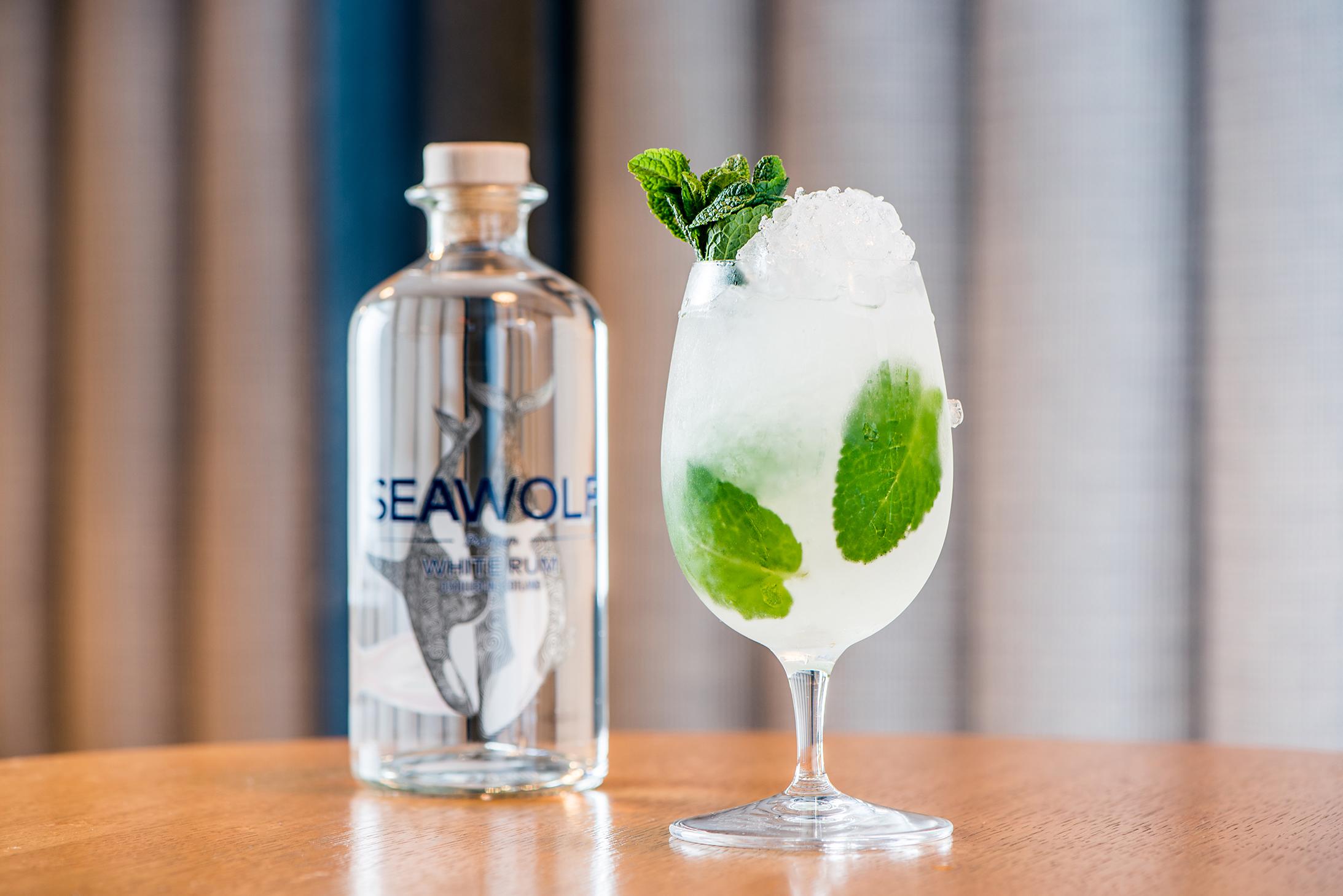 Having seen such a proliferation of new gins appear over recent years, some, such as the founders of SeaWolf rum, reckon it may be time for another spirit to sweep the Scottish drinks scene. 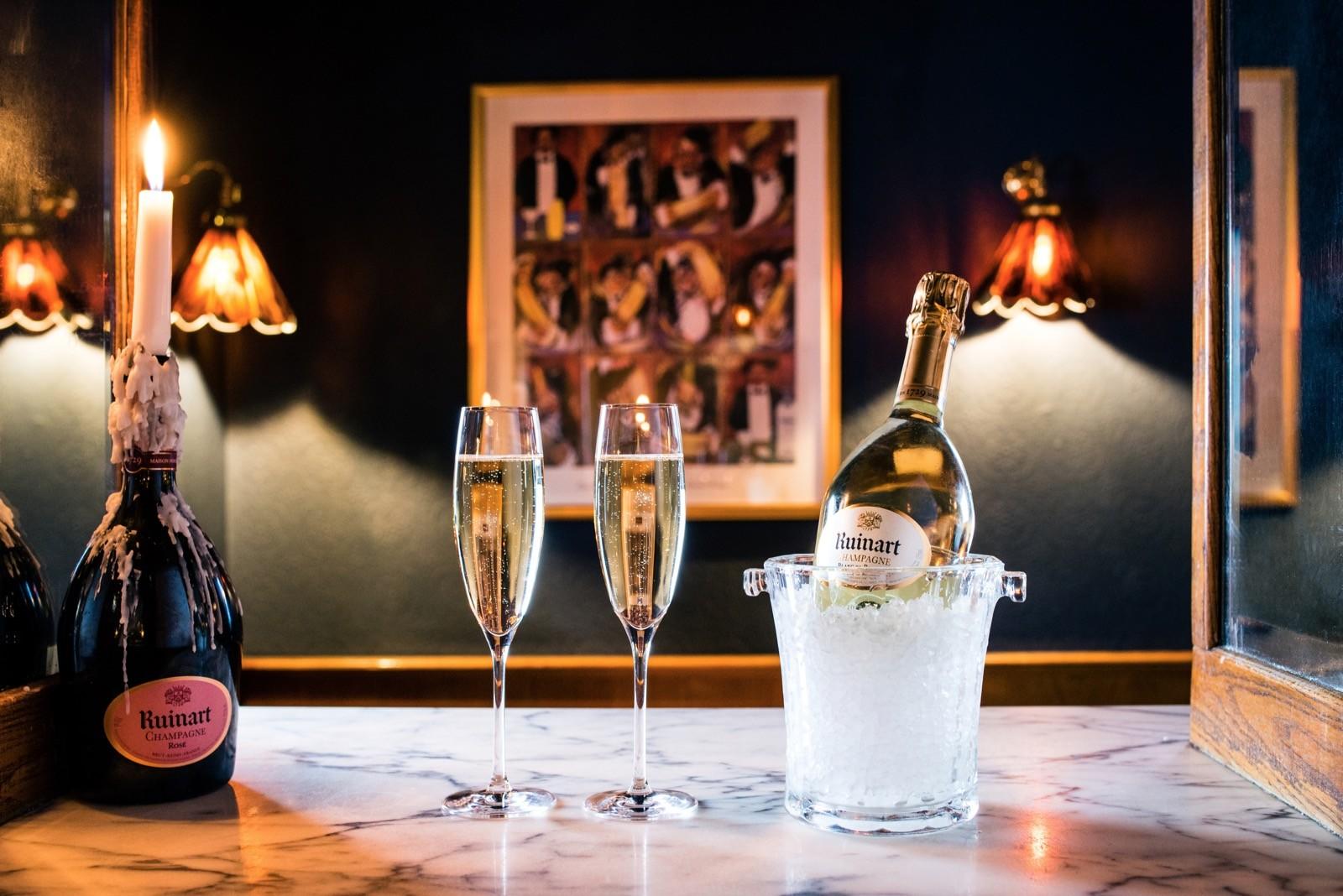 Step into the atmospheric surroundings of The Bon Vivant, in Edinburgh’s handsome New Town, and you might get the impression you’ve walked out of the British isles and onto the continent. A glance at the menu, offering 44 wines by the glass, happily sustains that illusion.

Handily located next door to the relaxed bar and restaurant, The Bon Vivant’s Companion calls itself a “modern take on a traditional wine and spirit merchant” and holds a rotating stock of more than 300 wines from around the world. 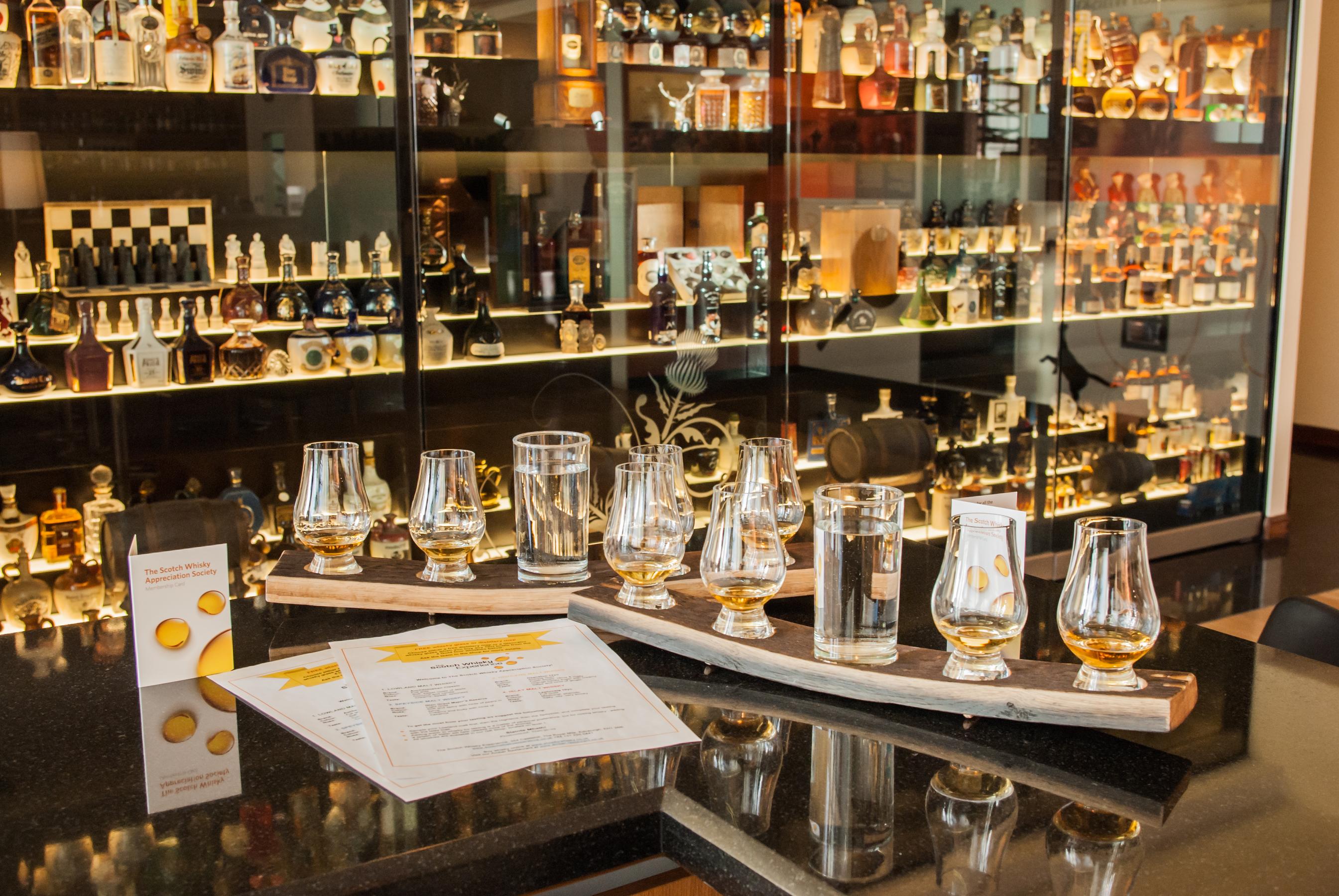 Some traditions bear upholding. For all the other libations on offer, it doesn’t seem quite right to entirely eschew a dram or two of whisky while in Edinburgh. If you are a first time visitor, you could do worse than to take a tour of the Scotch Whisky Experience on the Royal Mile. Aficionados and curious novices alike can learn something new on this journey through the whisky making process—even if the whisky barrel ride verges on the Disney-esque. After toasting the end of the tour with a tasting surrounded the world’s largest whisky collection (3,384 bottles), head for the adjoining restaurant, Amber and take your pick from 400 different whiskies. 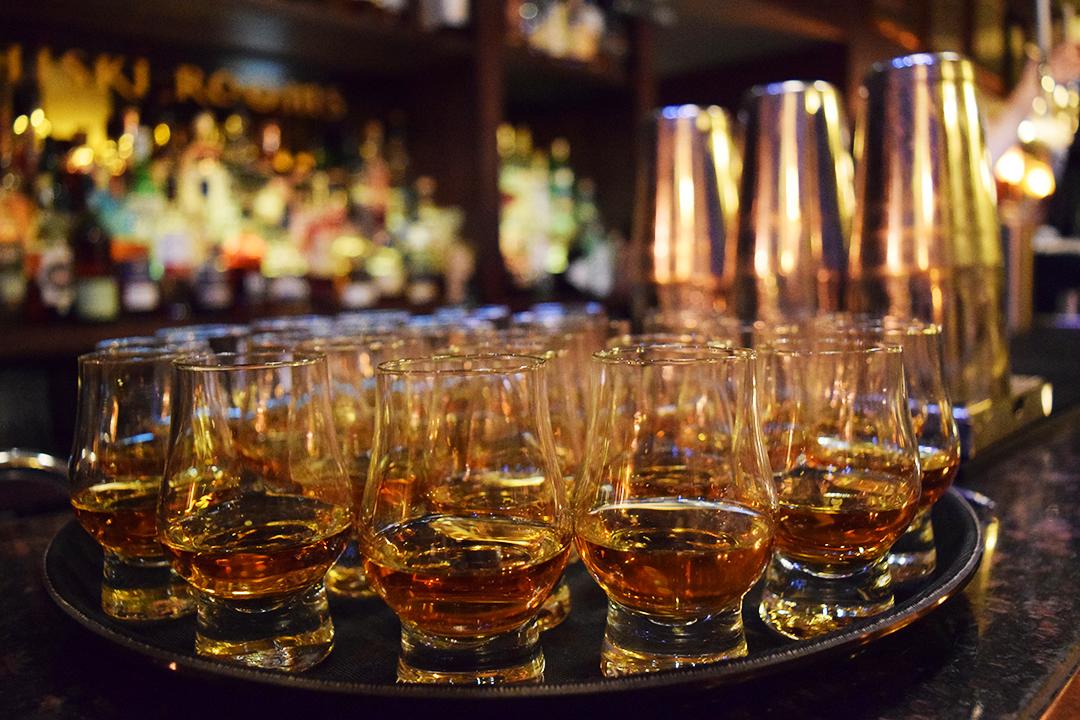 Refine your newfound whisky knowledge at Whiski Rooms, handily positioned at the top of The Mound and around the corner from the Royal Mile. With more than 300 bottles to choose from (with a particularly large selection from Islay’s Ardbeg distillery) whisky tastings are held at the back of the restaurant and highlight the variances throughout the Scottish regions. Afterward, stock up on your new favorites in the adjoining shop. 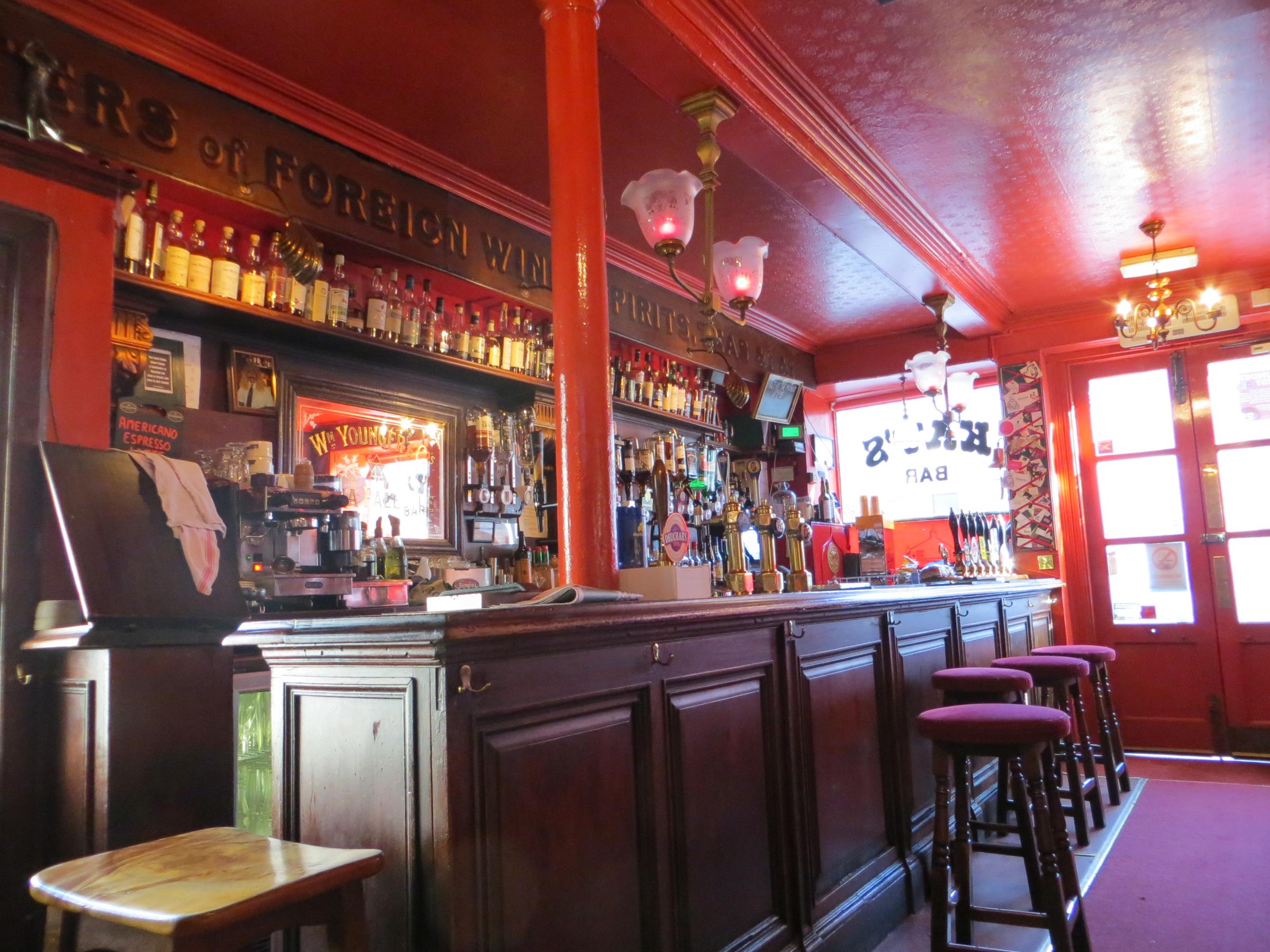 On a cobblestoned side street, two glowing red windows welcome drinkers into the cozy New Town sitting room that is Kay’s Bar. Housed in a Georgian coach house turned Victorian-era wine merchants, Kay’s has period detail and chatty locals to spare. Take a look at the wide selection of single malt whiskies and ever-changing list of cask ales and prepare to squeeze in tight—especially around clocking off time when the bar is often full to bursting. 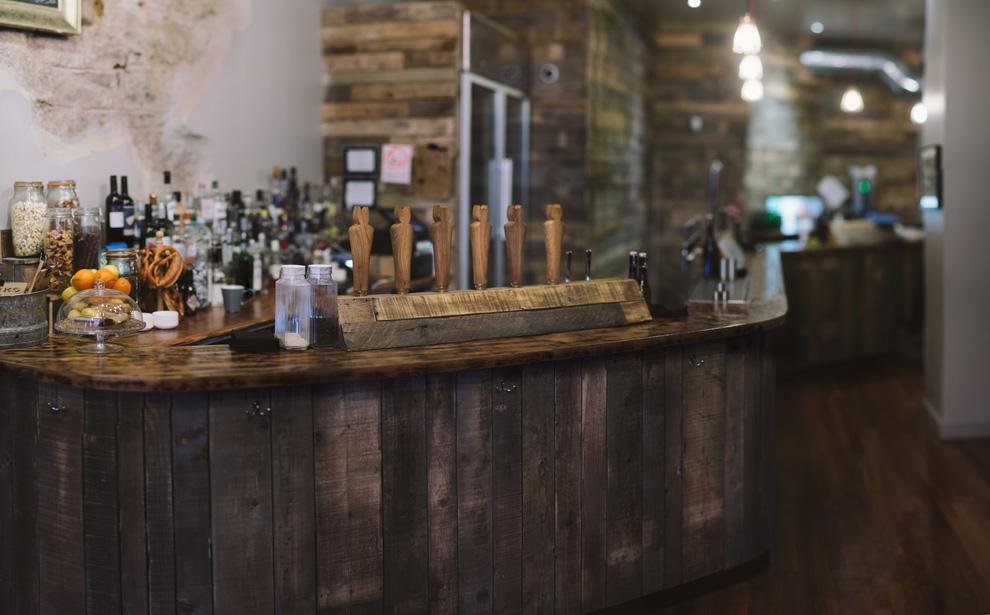 Those with a thirst for cask ales should head for The Hanging Bat on Lothian Road. Focused on craft beers from around the U.K., this bar offers more than 150 bottles and cans, as well as a rotating selection of six cask and 14 keg lines, dispensed from bat-shaped taps and served in schooners rather than pints. Handily, the bar also offers five-beer flights for those who can’t make up their minds. 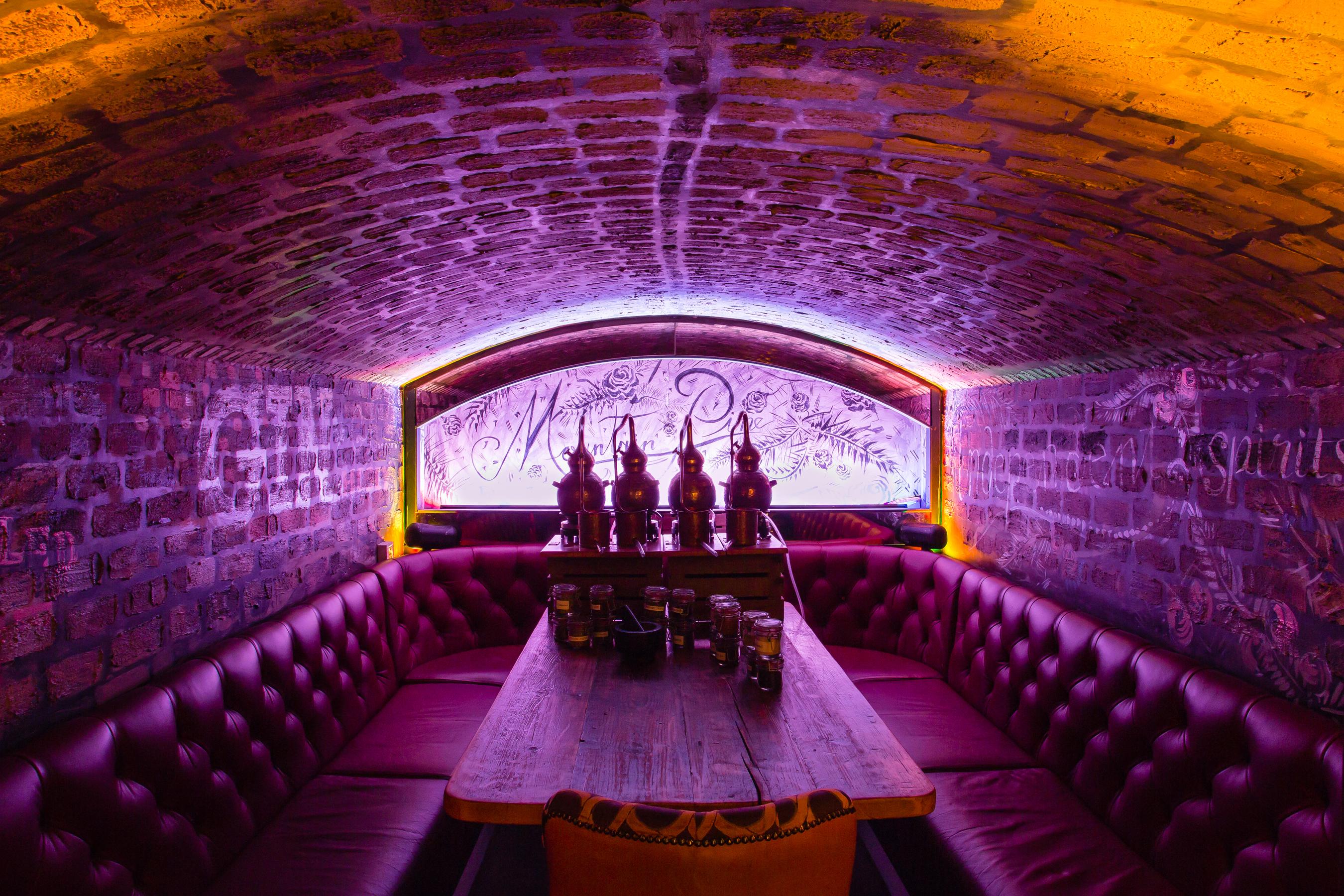 Scottish gin has been having a sustained moment over the past few years. From Shetland in the far north to North Berwick in the south, new distilleries have appeared at such a rate that the country even has its own dedicated gin trail.

When in Edinburgh, gin-focused bars such as 56 North—home to one of the largest gin collections in the world—offer a journey through Scottish gin without leaving the city. To dive deeper into local offerings, visit Edinburgh Gin Distillery in the city center. Take a tour, sample Edinburgh-inspired gin, then settle in with a perfect serve at Heads and Tales bar next door.