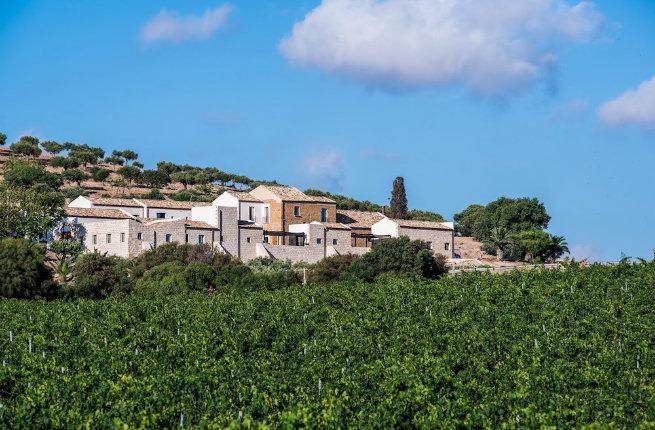 For far too long, Sicily has received a bad rap, be it for its association with overly sweet Marsala cooking wine to its ties to the less-than-sweet mafia. However, in recent years, this Mediterranean island located at Italy’s southern tip has started to shed its skewed image in favor of being a food and wine destination that can compete on the same culinary stage as Tuscany and Rome. In fact, Sicily has become one of the country’s leading wine producers and even has its fair share of Michelin-starred restaurants. Nonna would say you need to eat more. So grab your passport and mangia! Here’s the ultimate food and wine lover’s guide to Sicily.

Helmed by self-taught chef Pino Cuttaia, who is an ardent believer in using the freshest local produce and seafood in his dishes, the 40-seat Ristorante La Madia in the town of Licata has become the de facto restaurant for Sicilian cuisine. Over the years the restaurant has picked up its fair share of awards, namely two Michelin stars and a deserved spot on The World’s 50 Best Restaurants list. And while the menu can change based on chef Pino’s whims, he sticks to Sicilian classics infused with a twist, such as pinecone-smoked fish; an “anchovy painting” made with fresh anchovies, squid ink, and tuna bottarga mayonnaise; and a “cloud of Caprese,” a riff on the popular Italian dish but made with mozzarella foam that’s encased in milk skin and served in a pool of plum tomato juice. 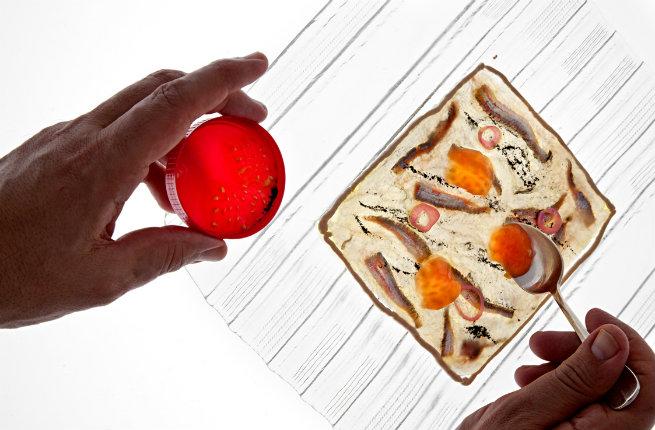 A short ferry ride from the city of Trapani is all it takes to reach Favignana, a commune that’s part of the Aegadian Islands. A longstanding tradition amongst Sicilians is, as soon as you disembark, to make a beeline for Bar du Marinaru, a no-frills espresso bar located steps away from the ferry landing, for a pistachio espresso. The layered drink is a Favignana original and has a base of vibrantly green pistachio cream. Afterward, take a tour of Florio, a museum dedicated to the island’s tuna industry. At one time Florio was one of the largest tuna canneries on the Mediterranean and it specialized in bluefin tuna. Tours include seeing its 24 boilers, which was where the fish was cooked, as well as the massive wooden fishing boats that fishermen once used. End the day at Caffe Aegusa and order a “gelato con brioche,” a gelato sandwich made with a brioche bun—a Sicilian specialty. 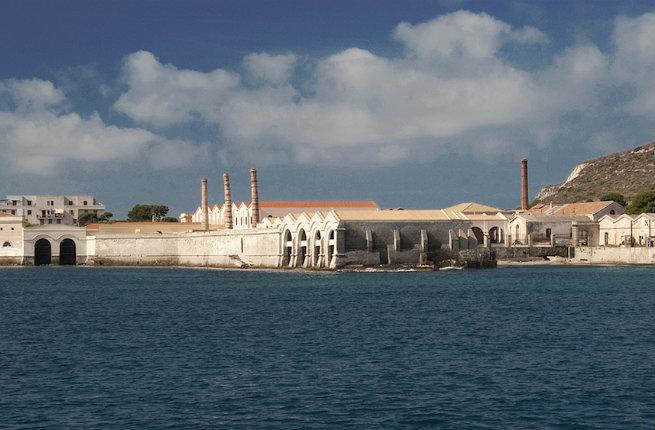 GO ON A SICILIAN FOOD CRAWL THROUGH PALERMO

No trip to Sicily would be complete without tasting some of the region’s cuisine staples. One of the best ways to try a little bit of everything is embarking on a food crawl through the city of Palermo. A few can’t-miss Sicilian dishes include aracine, deep-fried rice balls stuffed with meat and cheese; capanota, an eggplant stew that’s usually served as an appetizer; baked anelletti, essentially gourmet Spaghetti-Os; pane con la milza, a fried pork spleen and cheese sandwich; and a granita, a refreshing dessert that’s a mix of shaved ice, sugar, and fruit. If you don’t want to do the legwork and track down your multi-course meal, several local outfitters offer daily food tours around the city, including Sicilian Food Tours. Another good way to experience the city’s food scene first hand is by visiting one of its farmers markets. One of the largest ones is Mercato Ballaro and features dozens of vendors selling fresh produce, meat, spices, pastries, and olive oil. 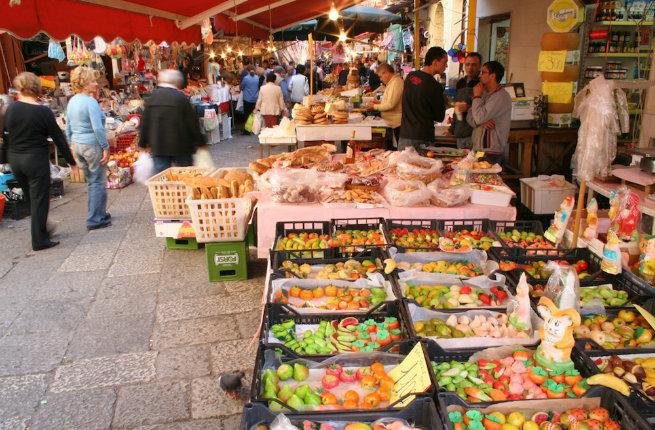 SPEND THE NIGHT AT A SICILIAN VINEYARD

Located on a hillside deep in the Sicilian countryside about 60 miles west of the Sicilian capital of Palermo, Baglio Sorìa Resort & Wine Experience gives visitors the opportunity to experience wine from all angles. Owned and operated by Firriato Winery, which has estates throughout Sicily and its neighboring island of Favignana, the resort offers a variety of wine tastings featuring wines made using native grapes, such as Nero d’Avola and Zibibbo; oenologist-led wine classes focused on wine production techniques and tasting tricks; pairing dinners that match its vast collection of wines with traditional Sicilian fare; and tours of the resort’s more than 270 acres of vineyards. End a wine-soaked day by catching the sunset while sipping an innovative wine cocktail at Sorìa Sky Lounge, an on-site patio bar that overlooks the vineyards and olive groves below.

Planeta Estate also has a luxury wine resort where you can experience a property steeped in 500 years of farming and winemaking traditions.

Read More: 15 Islands to Visit Around Sicily and Long Weekend in Palermo