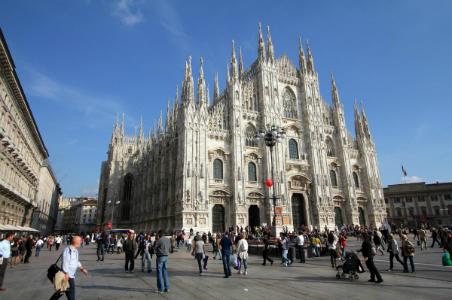 The World's Fair has given birth to some of the most visually memorable landmarks: Paris’ Eiffel Tower, Seattle’s Space Needle, St. Louis’ Gateway Arch. Now Milan, the site of this year's Expo, has replenished its historic Darsena port.

Originally envisaged in the thirteenth century, the Darsena was where cargo ships unloaded goods, right into the center of the city. During the sixties, a great deal of the Darsena was covered, and it has not received large boats or cargo since 1979.

Giorgio Armani, appointed special ambassador of the Expo, celebrates forty years in the fashion business this year. In celebration, a permanent exhibition of his finest works will be open to the public in his new Armani/Silos exhibit space. 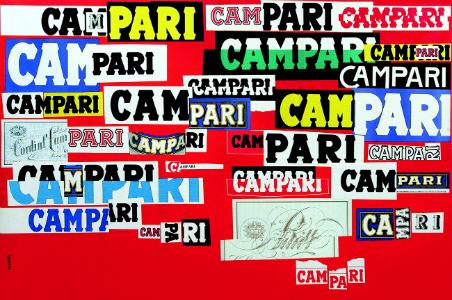 An homage anthology of the beverage maker's iconic imagery, the Campari Galleria will take you on a tour of its iconic Art Deco illustrations, industrial boom art of the ‘60s, and sultry advertisements of the 1990s. Multi-media installations and special recent collaborations for Milan's Design Week will also be available to the public. 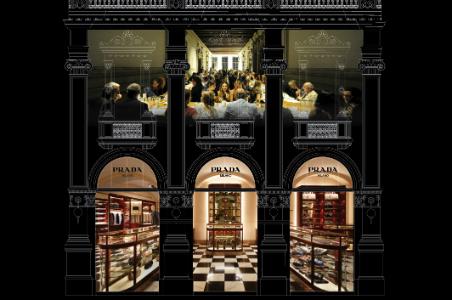 As the city eagerly awaits the opening of the Prada Galleria, a new headquarters and exhibition space in Milan's Galleria Vittorio Emanuele II, where Mario Prada opened his first shop in 1913, the luxury label's Fondazione Prada will open to the public on May 9.

The 204,521-square-foot space designed by Rem Koolhaas’ OMA architecture studio is situated in a former distillery on Milan’s Largo Isarco. It’s home to an educational area dedicated to children, designed with the help of students from the Ecole nationale supérieure d’architecture de Versailles, as well as a Milanese coffee shop-esque bar conceptualized by film director Wes Anderson. 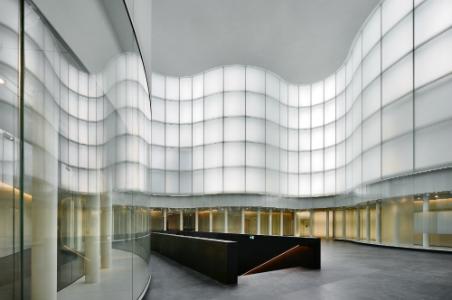 The new Museum of Cultures opened its doors in March, just in time for the Expo. Situated in a former factory in the Tortona design district, the museum has a permanent collection of over 7,000 artifacts from Europe, Africa, Asia, Oceania, and Central and South America, dating from 1500 A.D. to the beginning of the twentieth century. The ongoing “Mondi a Milano” exhibit will run until July 19, while the “Africa” exhibit will run until August 30.

Garden of Wonders, “A Journey Through Scents”

Russia’s richest woman, Yelena Baturina, and BE OPEN, her philanthropy that networks and promotes the greatest twenty-first-century minds, has organized the “A Journey Through Scents” exhibit in Milan's Orto Botanico di Brera.

Showcasing celebrated perfumes, including defunct ones like the French label Biette and Lundborg, designer and architect Ferruccio Laviani has fashioned an interactive olfactory tour. Giant perfume atomizers on display contain the world's most historic scents from the chypre to the aldehydic scents worn by the queens and empresses of yesteryear.

Also situated in Milan's Tortona design district, Italy's artisan consortium Confartigianato has organized an ongoing exhibit that will feature the work of 800 artisans from all over the country. There will be 1,000 events dedicated to the aim of showing off excellence in Italian food and craft.

Hours: vary through May to October

The legendary acrobatic dance troupe will perform at the Lake Arena, the choreographic open-air theater in the Expo 2015 exhibition area, from May 6 to August 23.  More than fifty Italian and international artists will take to the stage for the extravaganza that tells the story of a boy who receives a magic seed from his grandmother. This seed transforms into an imaginary friend who leads him on an amazing journey of discovery. 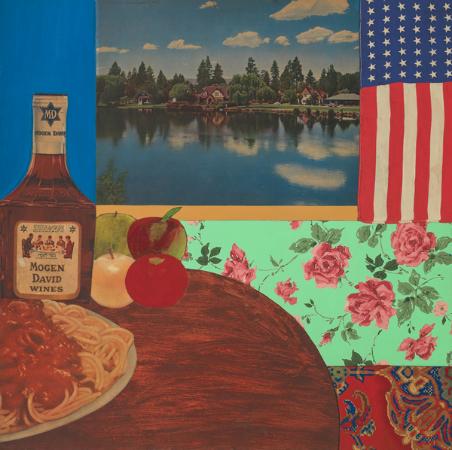 Milan's contemporary La Triennale museum will be hosting an Arts & Foods pavilion satellite area that will unfurl series of exhibits until November 1, 2015. About 7,000 square meters of the building that sits on the edge of the Parco Sempione will host visual installations and showcase sculptures that revolve around the world of food, dining, and nutrition. 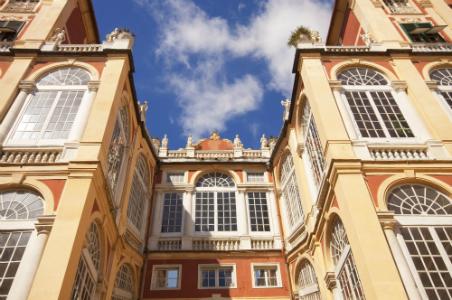 It is no surprise that Milan will pay tribute to one of the nation's greatest minds during the 2015 Expo. The opening of the exhibit took place on the anniversary of the birth of the artist, who was born in Vinci in April 1452.

Reportedly the largest tribute to Da Vinci ever to be held in Italy, it features more than 200 artworks from 100 museums and institutions around the globe that have donated their most coveted drawings and paintings. The Louvre and the Pinacoteca Ambrosiana, where the “Codex Atlanticus” is housed, are among the major lenders. Works like the “Vitruvian Man” and “Studio di Volto Femminile” will also be on display.

Sofia Celeste is an editor and fashion critic living in Milan. She is also the founder of BACOLuxury, an online magazine dedicated to fashion's artisans.