Almost 1,500 years ago, Northern Italy was shaped by a tribe that took advantage of a situation not completely unlike the one we’re in currently.

Embellished by crystalline lakes, snowy mountains, and graceful, historic cities, the picturesque Lombardy region of northern Italy is one of Europe’s most popular tourist areas. Lombardy was also ground zero in the country’s severe coronavirus outbreak. It was here that Europe’s COVID-19 crisis exploded in February of last year, and since then almost a third of Italy’s 93,000 coronavirus deaths have occurred in the region, of which Milan is the capital.

What few tourists to Lombardy would know is that the people who gave this region its name conquered it during an even deadlier pandemic, nearly 1,500 years ago. A tribe that originated in Scandinavia, the Lombards exploited the carnage created by the Justinian Plague.

I decided to investigate this history myself by seeking out the physical remains of the Lombard era in Milan. Italy’s heritage is so well maintained that I expected to easily find Lombard-built churches, mansions, and monuments. Instead, I found…nothing.

That’s not to say Milan has no architectural vestiges of the Lombards, but there are, quite simply, few well-known examples. Most of the structures from the Lombard era are either gone or camouflaged—destroyed during war, demolished amid development, or so greatly altered that they’re no longer authentic examples.

History Sarah Holt Why Is There a Mile-Long Banquet Table in This European City?
Continue Reading Article After Our Video

Most of the structures from the Lombard era are either gone or camouflaged—destroyed during war, demolished amid development, or so greatly altered that they’re no longer authentic examples.

The best remnants of the Lombard era lie beyond Milan. Seven groups of Lombard structures have collectively been given UNESCO World Heritage status. Scattered from Castelseprio in Italy’s north down to Benevento, south of Rome, these grand monasteries, forts, and churches blend elements of Romanesque, Byzantine, and Germanic architectural design.

One of the most dazzling of these structures is the San Salvatore-Santa Giulia Monastery in the city of Brescia, 45 miles east of Milan, in the Lombardy region. Despite being almost 1,300 years old, this enormous complex remains in terrific condition. Visitors can explore its Lombard church, Romanesque chapel, and monastic halls, which collectively have been turned into the Santa Giulia Museum, which explains the tale of Brescia and the impact of the Lombards.

The history of the period is detailed at the Milan Archaeological Museum. This comprehensive museum is housed in a former convent, a short walk south of the city’s iconic Sforza Castle. Here you’ll learn that in the sixth century, the Romans were enjoying a strong era led by Emperor Justinian I. He ruled the Byzantine Empire, also known as the Eastern Roman Empire, from its capital in Constantinople, which is now Istanbul.

Under Justinian I, the empire had been extending its power, which reached as far west as Spain and as far east as Jerusalem. Then catastrophe struck. The Eastern Roman Empire was besieged by an invisible enemy.  First hundreds, then thousands, then millions of victims emerged across this empire. Their bodies covered in sensitive lumps, they became feverish and delusional for days before dying painful deaths. The bubonic plague was in full swing.

As corpses began to pile up in cemeteries and church grounds across the empire, panic set in.  Though people in the sixth century turned to herbal medicines and prayer, neither halted the charge of the Justinian Plague.

This disease decimated the Eastern Roman army. As a result, parts of this empire were left largely defenseless. Enter the Lombards.

During the height of this pandemic, between 541 and 549, tens of millions of people were killed. The plague continued to circulate in Europe, the Middle East, and Northern Africa for more than a century thereafter, and historians believe the final death toll may have reached 100 million.

This disease decimated the Eastern Roman army. As a result, parts of this empire were left largely defenseless. Enter the Lombards. In 565, this tribe controlled a swathe of Austria and Hungary under the leadership of King Albion. They pounced on the opportunity to greatly expand their influence, storming over the Julian Alps into north-eastern Italy.

Gradually, the Lombards moved west, seizing village after village, town after town, city after city. By 572 they controlled most of Italy north of the Po River, which crosses the country from east to west. To this day, many sections of the southern border of Lombardy are still defined by the Po River.

I passed by this languid waterway while traveling from Milan to Cremona, one of the Lombard tribe’s ancient strongholds. A compact, charming city of cobblestone streets decorated by pastel buildings, Cremona now is renowned as the world’s hub of handcrafted violin production. It is home to more than 200 skilled luthiers. 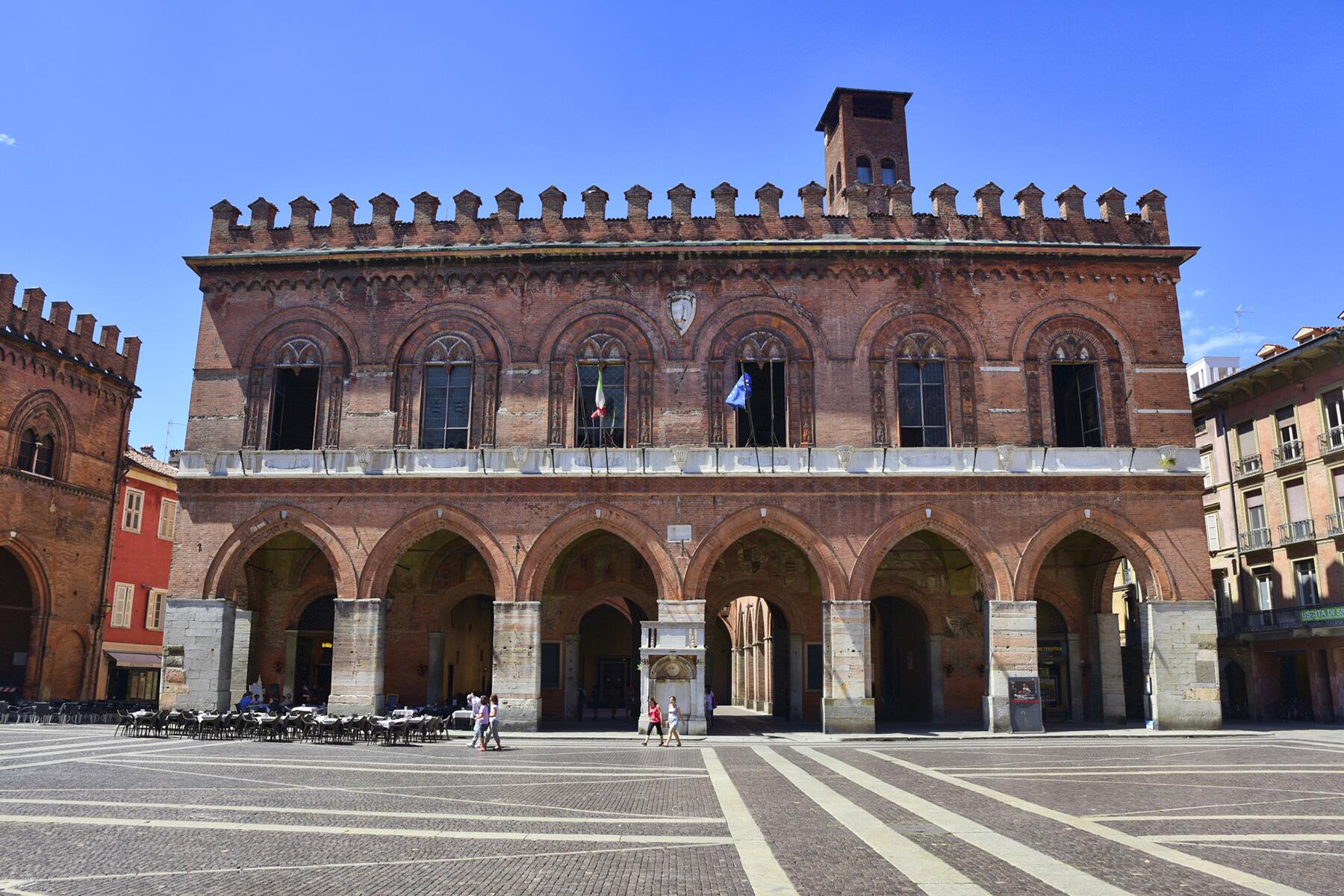 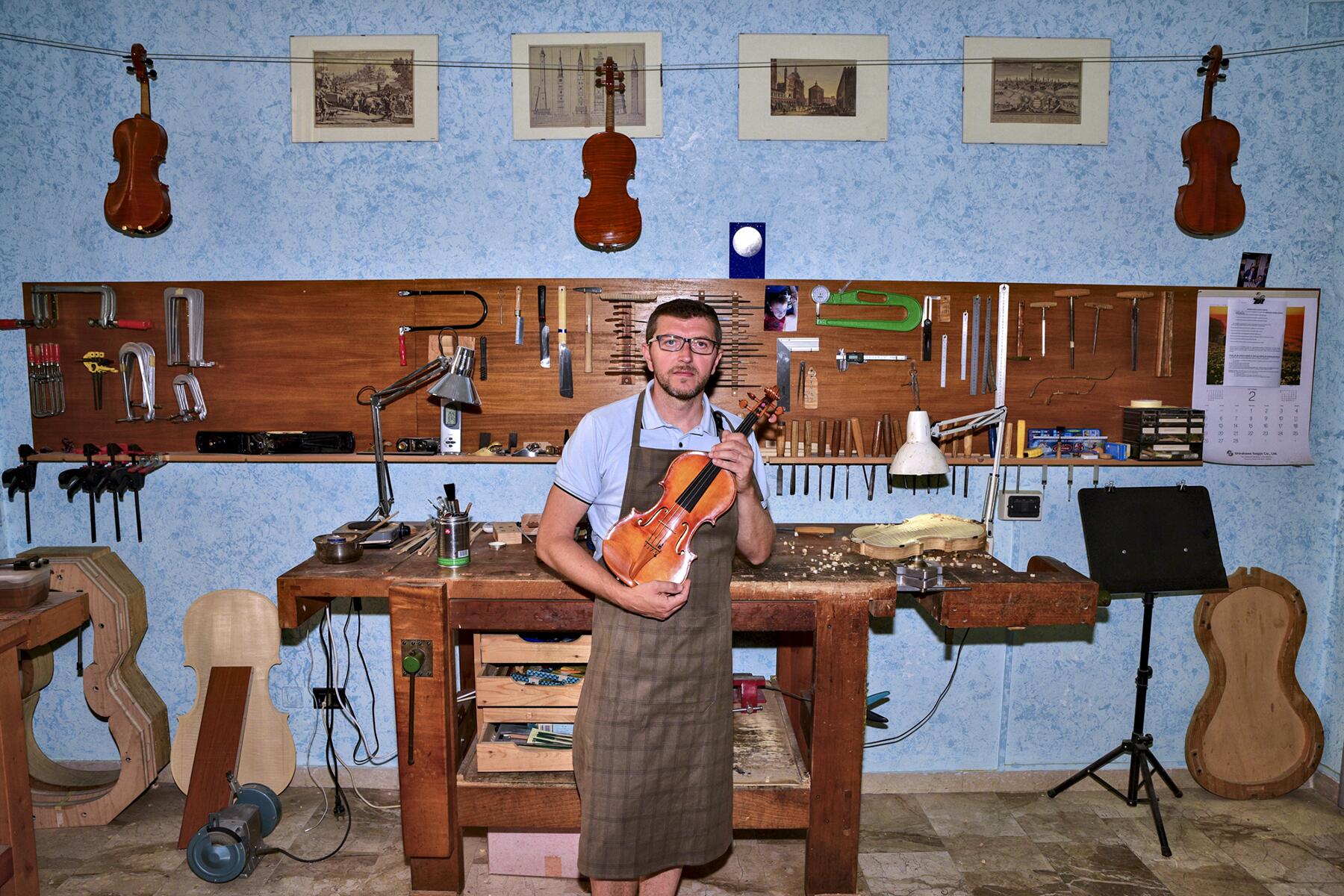 Similar to Milan, there are few major remnants here of the Lombard era. Yet, this city was rejuvenated by that tribe. Cremona had been invaded and badly damaged by the Goths and the Huns before the Lombards reconstructed this city in the seventh century.

That’s not to suggest they were benevolent rulers. Over more than 200 years, this tribe spread south through Italy, expanding the Lombard Kingdom with violent force. They never seized all of Italy, instead they shared it with the declining Eastern Roman Empire. But by the mid-eighth century, the Lombards had pushed deep into the country’s south and commanded more than two-thirds of Italy.

The San Michele Sanctuary they left behind in Puglia is a key tourist attraction of this region in southern Italy thanks to its unique octagonal tower and intricate stonework. Eventually, though, the Lombards expansionist policies triggered their downfall. In 773, Pope Adrian I sent an SOS to Charlemagne, the King of the Franks.

A year-long battle between French forces and the Lombards ended with the surrender of the latter. The Lombards controlled Italy no more. They had exploited a pandemic to steal swathes of this nation, which they shaped over the following two centuries before being conquered themselves. Almost 1,500 years later, as the world continues its war with the invading coronavirus, the story of the Lombards seems more relevant than ever.