Located just north of Australia, Papua New Guinea is a weird and wonderful place. Its more than seven million inhabitants are scattered across 600 islands and speak over 800 different languages, making for cultural and geographic diversity that's virtually unmatched elsewhere on the planet. Visitors generally choose a few destinations from the country's many options, which span from the green mountains of the highlands, famous for the painted faces and feather headdresses of the Huli people, to the endless white-sand beaches of the eastern islands. One relaxing add-on to a PNG adventure is a jaunt to the Milne Bay region, where you can sleep in waterside bungalows by night and hop to fascinating islands by day—you might even be able to spot some manta rays. Here's what to expect if you visit. 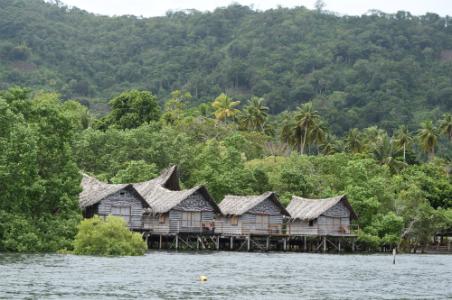 Email ahead to reserve one of the four rooms at Nuli Sapi, an eco-friendly hotel that provides the kind of remote paradise worth planning your trip around. The hotel sits on Logeia Island, about an hour-long boat ride from the mainland. Each room is a wooden bungalow perched on stilts over the water, with queen beds, rainwater-equipped en suite bathrooms, and serene balconies overlooking the water. The vibe is elegant and pared down, with wooden boardwalks connecting the whole property, and a central house serving as a dining room and bar, where guests enjoy the excellent cooking of PNG-born, Aussie-bred co-owner Kayleigh Colbran. If you're lucky, there'll be fresh seafood, like the local mud crab Colbran cooks into a spicy curry. There's no WiFi, but you'll find plenty of other things to do—like sipping a cold, locally brewed SP beer on the central veranda or taking part in any of the various activities the hotel can arrange. 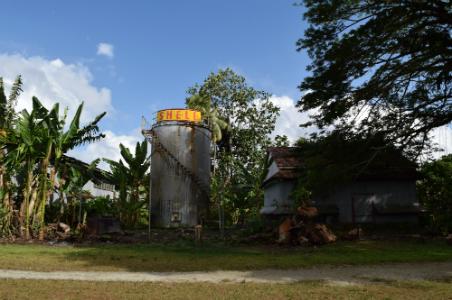 Just across the way sits Samarai Island, one of the area's highlights. This former seat of the Australian provincial government flourished in the early 20th century, when it became the second-largest city in PNG, with a population of around 3,000 and a trading economy that rivaled Port Moresby's. World War II destroyed much of the town, and Samarai is now a picturesque partial ruin, with just a few hundred residents remaining, many of whom are eager to chat about the island's history. (English is taught in schools nationwide, so communication is generally quite easy.) It's fascinating to wander the shabby dirt streets where you'll pass a ruined church and Shell brand fuel tank, a canteen selling basic supplies, a school, houses, and not much else. Bring your camera to snap some eerily appealing photographs.

If you arrange with Nuli Sapi to swim with manta rays, you'll hop in the dinghy and head to family-owned Gonubalabala Island, about a 20-minute ride past thickly forested green hills. (Getting permission to step onto somebody's land is a big deal in PNG, but boat driver Isiah, who lives on Logeia Island where Nuli Sapi is located, handles all the arrangements.) If the fish are out and about, hop in with a snorkel and mask to glimpse the way they seem to fly underwater. Don't worry—they won't bite (or sting). 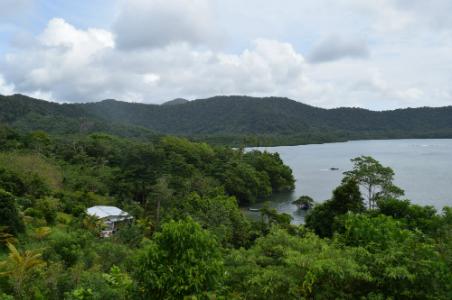 The best place to take in the lay of the land is Gumoisu lookout, which requires, yes, another ride in the dinghy. The family that lives on the property will greet you as you arrive. Since over 90 percent of the land in the country is private, most places you'll visit belong to somebody, and you'll usually have a friendly chat with the owner. This makes for fun social interactions and ensures that locals get compensated for their role in the tourism business. Climb for five or ten minutes past every manner of tropical vegetation and you'll soon be at the top of this hill, where it's possible to take in the scope of the bay, and Samarai Island across the way. 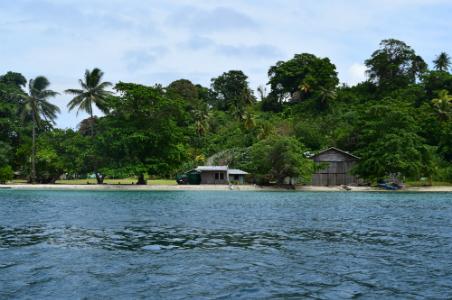 If Samarai was this area's commercial center, Kwato Island served as its religious heart. Charismatic missionary Charles Abel founded a church here in the late 19th century and the place developed into a respected hub for education and trade schooling, particularly in the craft of boat building. Like Samarai, Kwato's heyday has long passed—the one-time population of 500-plus has dwindled to just 20 or 30 residents. A few houses remain, but the island is now mostly overgrown with leaves and vines. A winding path set back from the shore leads to a well-preserved, open-air church that's likely to be completely deserted when you visit. It's peaceful, gorgeous, and a little bit spooky.

To reach the bay, you'll fly into Gurney Airport in Alotau, the capital of Milne Bay Province. Though the town is generally fairly ho-hum, there are a few things worth checking out. The daily market is an excellent place to buy fruit or hand-woven baskets, or even dip into the popular local custom of betel nut chewing, which is credited with increasing alertness and decreasing hunger. Expect lots of friendly laughs at your expense if you decide to go for it. You'll need the nut itself, some powdered lime, and a bean-like stalk of “mustard,” items that are generally sold together. Get some local guys to show you the ropes and know that your saliva will turn bright red (so having your toothbrush handy isn't a bad idea). The high is short-lived and no more intense than a pronounced caffeine rush. 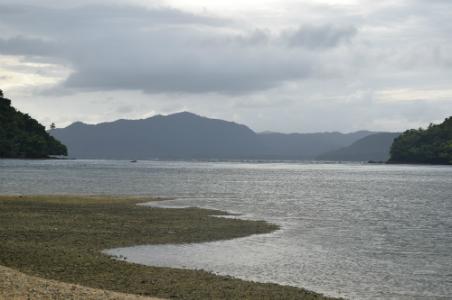 Several daily commercial flights leave Papua New Guinea's capital of Port Moresby for Gurney Airport in Alotau. Make your reservations for Nuli Sapi hotel by emailing [email protected] or calling +675 73241726. All activities mentioned here can be arranged by the hotel for an additional fee. In general, Papua New Guinea is a tough country for independent travelers, since access to many activities relies on personal relationships and special permissions. If you're planning a visit, it's advisable to book with a tour company such as Trans Niugini Tours, which has over 30 years of experience operating in the country.