A short ferry ride from Nadi, the Mamanuca and Yasawa islands seem to be in a world of their own. Here it's all about the weather and the catch of the day. The translucent, warm surf and glittering white shores of the Mamanucas fulfill the glossy brochures' promise and satisfy the snow-plowed commuters' dreams. Their volcanic cousins, the Yasawas, are covered with lush green foliage that extends down steep peaks right to the waters edge where snorkelers explore pristine reefs and their colorful inhabitants.

Castaway, starring Tom Hanks, was filmed on the small uninhabited island of Monuriki, but there are more hospitable places to stay in the Mamanuca Islands. These offer the greatest balance of accommodations of any one region in Fiji, with resorts catering to singles, couples, families, the cousins your spouse wanted to invite, and a few that will please all four. The more remote, volcanically formed Yasawas are traditionally a stronghold of all-inclusive hostels, but seaplanes now crisscross the group conveying guests to ultraluxury resorts. Happily, the mid-range is now making a showing here as well. The Yasawas are home to the Blue Lagoon, used in the eponymous film starring Brook Shields and noted as one of the most pristine among many breathtaking coral-crowned pools.

You'll find all the trademarks of the world's pristine tropical escapes–-fantastic snorkeling, parasailing, waterskiing, and good scuba diving–-here. But the best is in store for snorkelers who can snorkel with reef sharks and even manta rays (in season) up in the Yasawas. 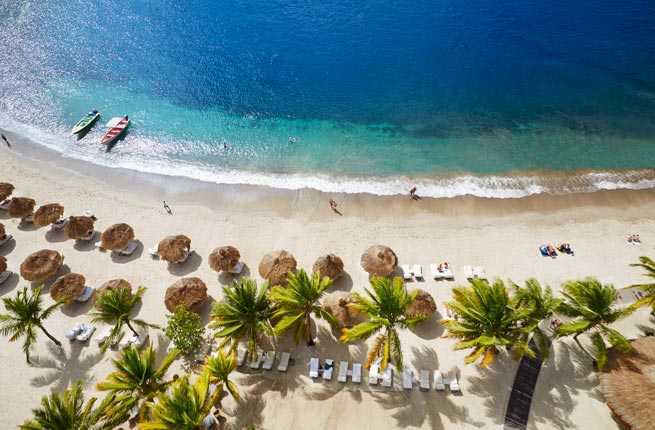 15 Best Beaches for 2014
Every traveler has a different fantasy about their ultimate beach vacation. No matter what yours is, you’re sure to find inspiration on our list of the best beaches to explore this year.