Picture this: A very long line.

It’s no secret that social media is reason enough to go on vacation these days. With popular hashtags like #doitforthegram and #travelphotography (and, obviously, “#vacation”), it’s tempting to widen your reach as far as possible to show off your adventurous side. Although, there are consequences to this wide reach.

Tourists are waiting in line for up to an hour at a beach in Bali for the ‘gram, according to Indonesian news outlet Koompas. The beach, Kelingking, features a cliff overlooking what many tourists consider to be a land formation that resembles a dinosaur (a T-Rex, specifically).

“This morning around 10:00 [I got] to Kelingking Beach and it was very crowded,” Irma Maulida, a tourist who had queued up for a picture at the destination, told Koompas. Maulida claims the average photo opportunity here lasted about three minutes per person, and she waited in line for approximately 20 minutes before giving up.

Additionally, the road to get to Kelingking is not a walk in the park. In a post titled “Challenge,” TripAdvisor user LouiseLuckie says gaining access to the beach was “the hardest thing I’ve ever done in my life.” Another TripAdvisor user, Tom_skyguy, wrote, “Don’t get me wrong, it’s a gorgeous view (after you wait your turn amongst the hundreds of others there just to get a pic with this iconic beach).”

Similar “Selfie Destinations” You Might Want to Be “Prepared” for

Kelingking isn’t the only place being overrun by Instagrammers. In 2015, UK-based ticket booking site Attractiontix.co.uk released a study that revealed the top 10 attractions where people like to grab selfies. Analyzing 219 million Instagram posts that featured #selfie, the site found the Eiffel Tower was the front runner with over 10,700 pictures that had the hashtag in the caption. Florida’s Disney World snagged second place, while the Burj Khalifa in Dubai claimed third; rounding out the list were New York’s Top of the Rock in ninth place and the London Bridge in 10th.

Other popular “selfie places,” like Ireland’s Cliffs of Moher, are even learning there are dangerous side effects to such attention. The country’s tourism board recently received a pitch for “selfie seats” to be installed at the Cliffs. Why? People are pouring too much focus into getting their front-facing picture(s), lose their footing, and fall to their deaths.

In Paris, residents of a pastel-colored street are calling for action to be taken against interruptive tourists grabbing selfies and other Instagram fare. The homeowners are demanding the area be closed to travelers on evenings and weekends as to avoid this sort of thing.

You can find other photo spots and be less annoying to locals—do your research before going out to have a vacation photoshoot. Consider visiting a place in the off-season when it’s not completely teeming with tourists. Also, you can arrive at a popular spot—like the above-mentioned KelingKing beach—early. Like, early early. Alternately, be late—a sunset picture can be just as stunning as one taken at sunrise, and front-facing camera flashes have come a long way. As for safety, be aware of your surroundings when snapping your selfie–perhaps even consider having someone around to monitor your safety while you’re getting your shot. 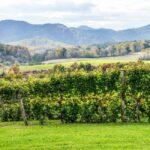