Why fight the throngs at some of the world’s most popular holiday destinations when you can explore similar—yet less crowded and less expensive—alternatives? And while you’re making the most of your trip, you’re also helping to solve the problem of overtourism that may be destroying some of our favorite places. 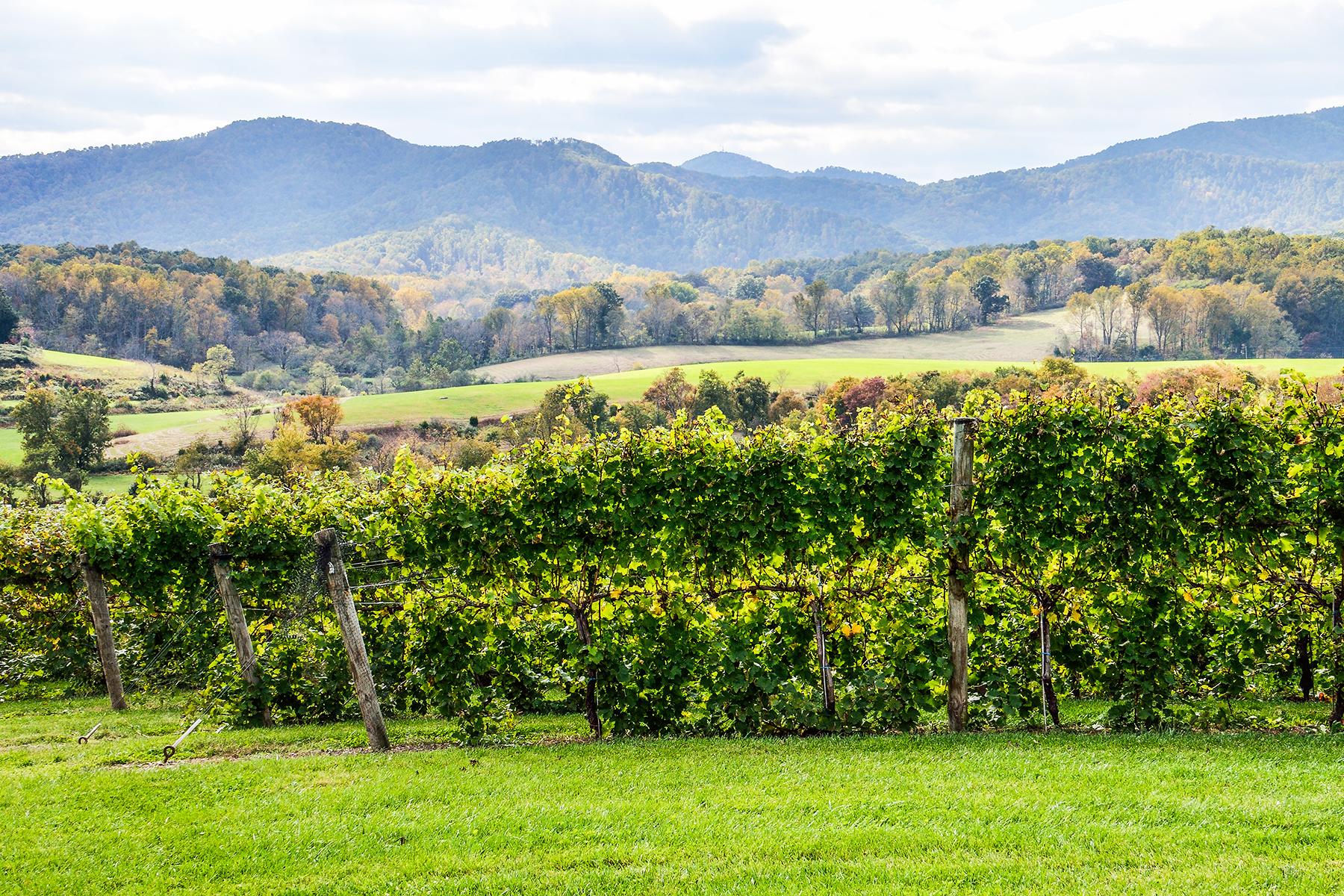 It may seem like an illogical place for vineyards, but in Virginia, vintners have figured out what it takes to produce award-winning wine that is wowing the wine world. It started off ever so slowly in the sixties, with Italian winemaker Gianni Zonin launching Barboursville Vineyards near Charlottesville. Meantime, wine experts at Virginia Tech and elsewhere capitalized on the regional climate and soil (aka terroir). Today, Virginia is number five in U.S. wine production, with 286 wineries. What Virginia has always offered is plush rolling hills, adorable historic villages, and winding country roads in the shadow of the misty Blue Ridge Mountains, making for an idyllic wine country getaway.

INSIDER TIPCharlottesville and Loudoun County are two major winery hubs, with plenty of sweet, tucked-away inns to loll away a perfect weekend. 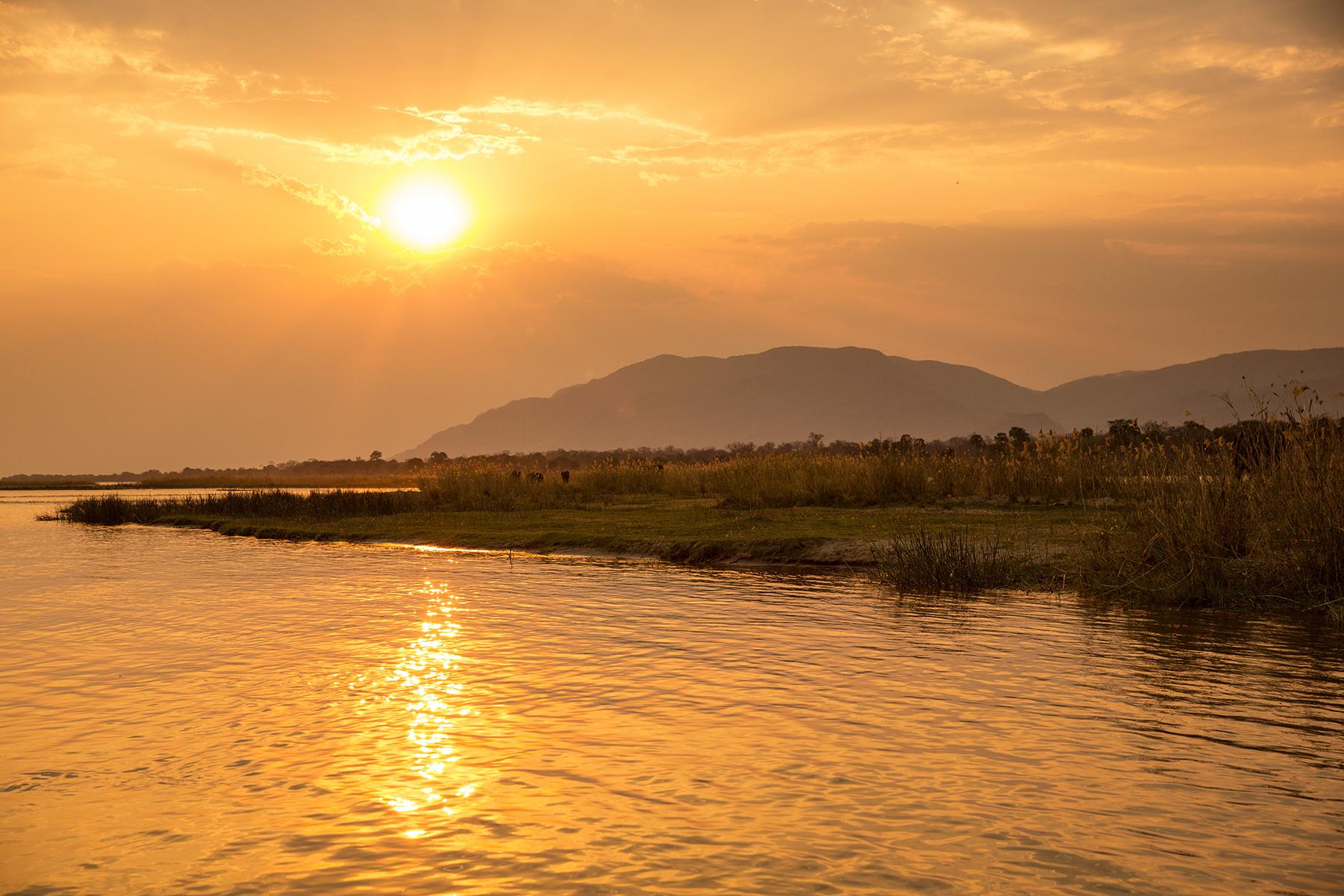 Miles after it plunges over the fabled Victoria Falls, the Zambezi River surges through Lower Zambezi National Park, a life-giving hub for a bounty of wild animals—making it one of Africa’s best wildlife-viewing spots. You’ll spy the Big Five (including immense gatherings of elephants), crocodiles, wildebeest, zebra, African wild dog, and 378 species of birds. Surprisingly, this amazing game park in southeast Zambia, established in 1983, has remained off-the-radar for safari-goers. Meaning, you won’t be fighting with others for that primo view of a lion stalking an impala. At the same time, you’ll find plenty of luxury lodgings, including plush Anabezi Camp. Here, you’ll be pampered with private viewing decks, plunge pools, and candlelit dinners beneath the star-studded African sky.

INSIDER TIPHere’s another Zambia alternative. With 10 million fruit bats descending at one time, the bat migration in Kasanka National Park is the world’s largest mammal migration—surpassing even the famous wildebeest migration in the Serengeti. 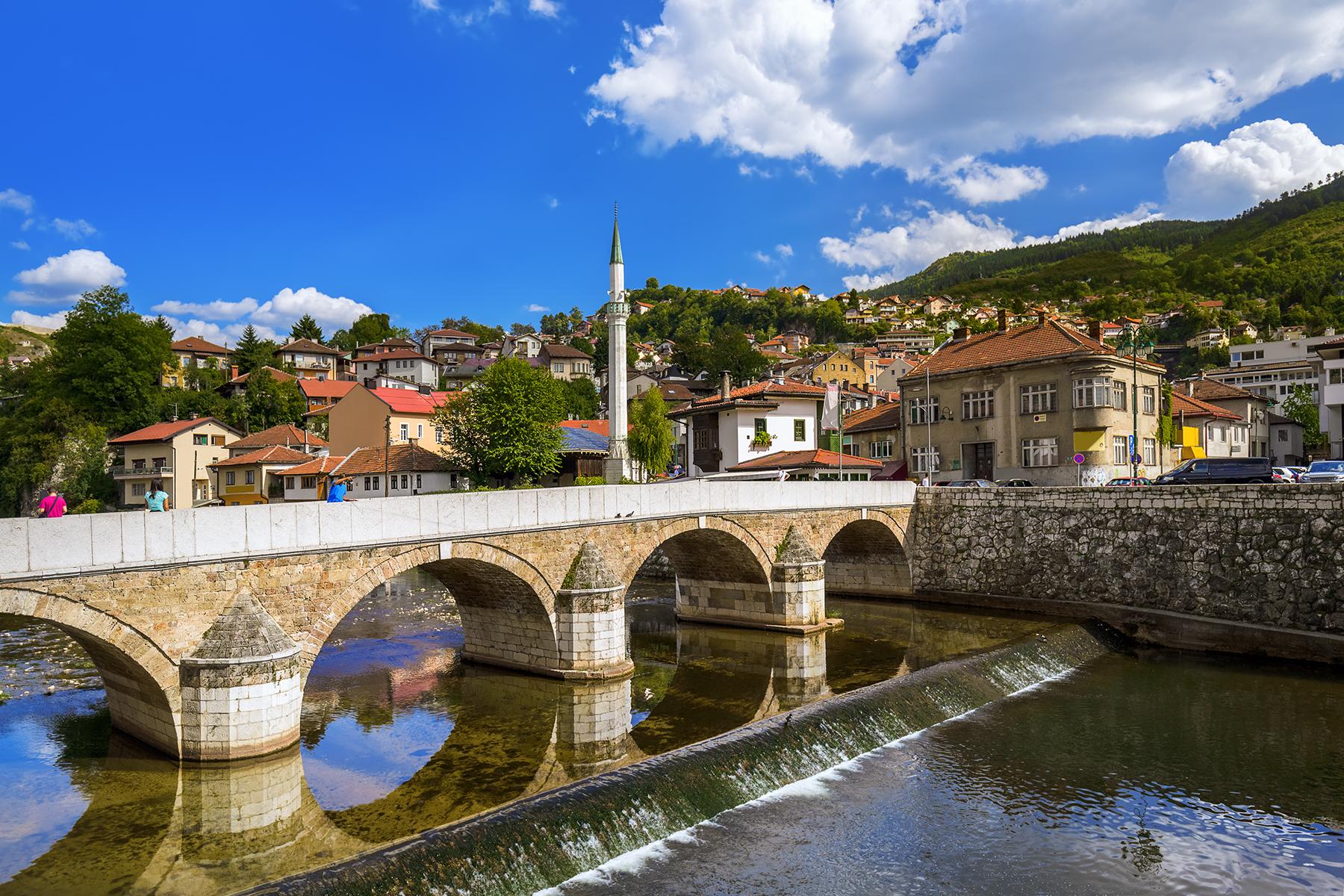 In the center of Sarajevo’s Başçarşı (Turkish quarter), small shops displaying hand-hewn rugs, Turkish glass lanterns, and copper coffee pots center on a fountain-graced square. Off in the distance, the muezzin calling the faithful to prayer wafts on the spice-scented air, creating a scene straight out of Istanbul’s bustling Grand Bazaar—a smaller version, anyway. The Ottoman Empire ruled Bosnia-Herzegovina for more than four centuries, explaining the similarities in its mosques, public baths, and madrasahs (schools) in some of its neighborhoods. Granted, Sarajevo suffered immensely during the Bosnian War, and visitors are just slowly returning—but it remains a seductive and rewarding destination for the intrepid.

INSIDER TIPAn inn dating back to 1551, Morića Han is a favorite local spot for a steaming cup of thick, Turkish-style coffee (and Turkish delight!). 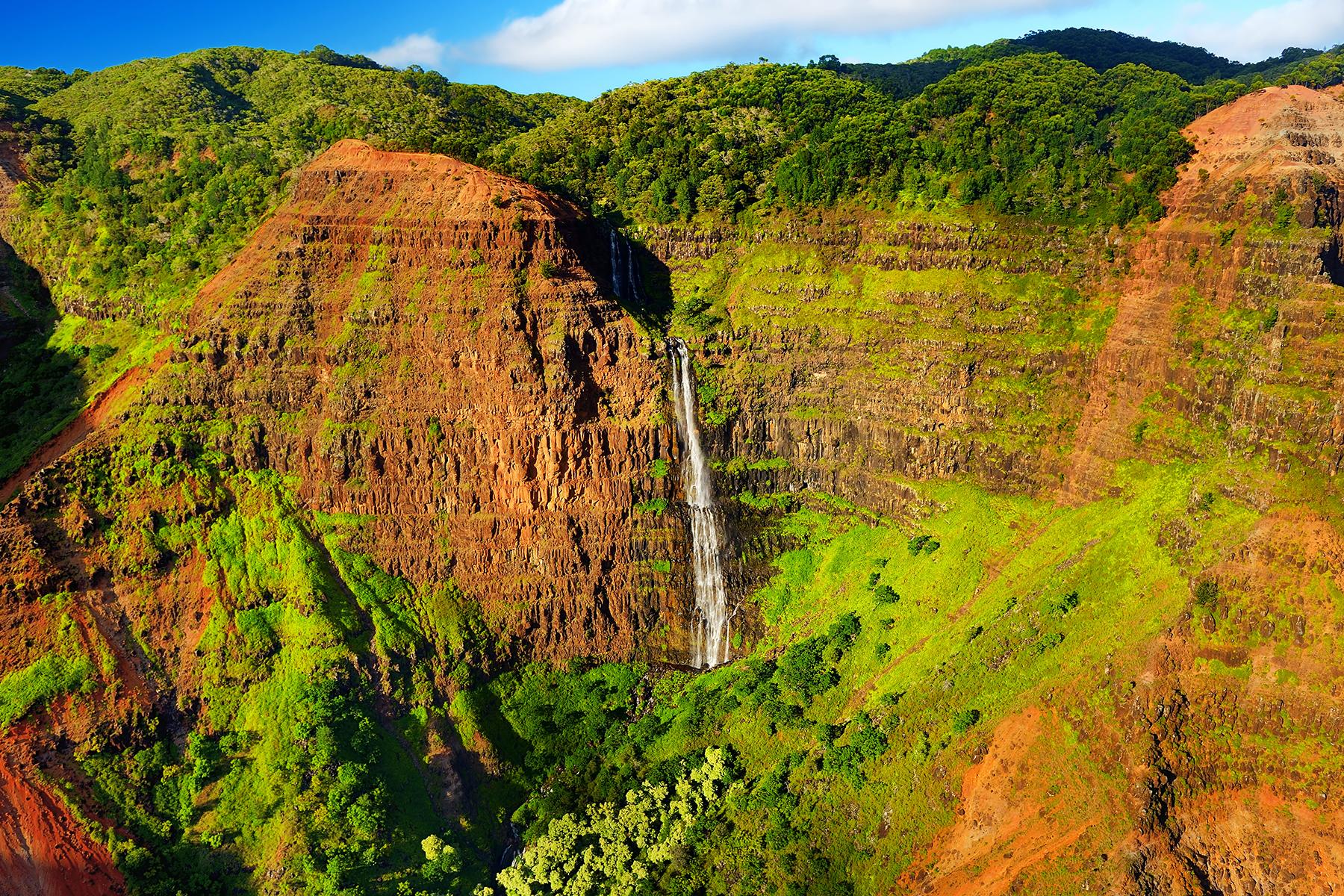 There’s a reason Waimea Canyon, located on Kauai’s westernmost tip, has been dubbed the Grand Canyon of the Pacific. Its 3,000-foot-tall, green-and-red striated walls resemble those of its vaster and older sibling in Arizona. And yet, it remains one of Hawaii’s best-kept secrets. It’s easily accessible via Waimea Canyon Drive, with overlooks to stop and admire the view; the most gorgeous view is no doubt at the end of the road, where the panorama takes in Kalalau Valley and its crenelated peaks. But to really experience this natural wonder, you need to get out of your car. Of the many hiking trails, the Cliff Trail brings you atop Waipo’o Falls.

INSIDER TIPOne of the best ways to take in the canyon is by helicopter. From the air, you’ll appreciate its grand size, a plethora of waterfalls, and forested nooks and crannies. Try Sunshine Helicopters. 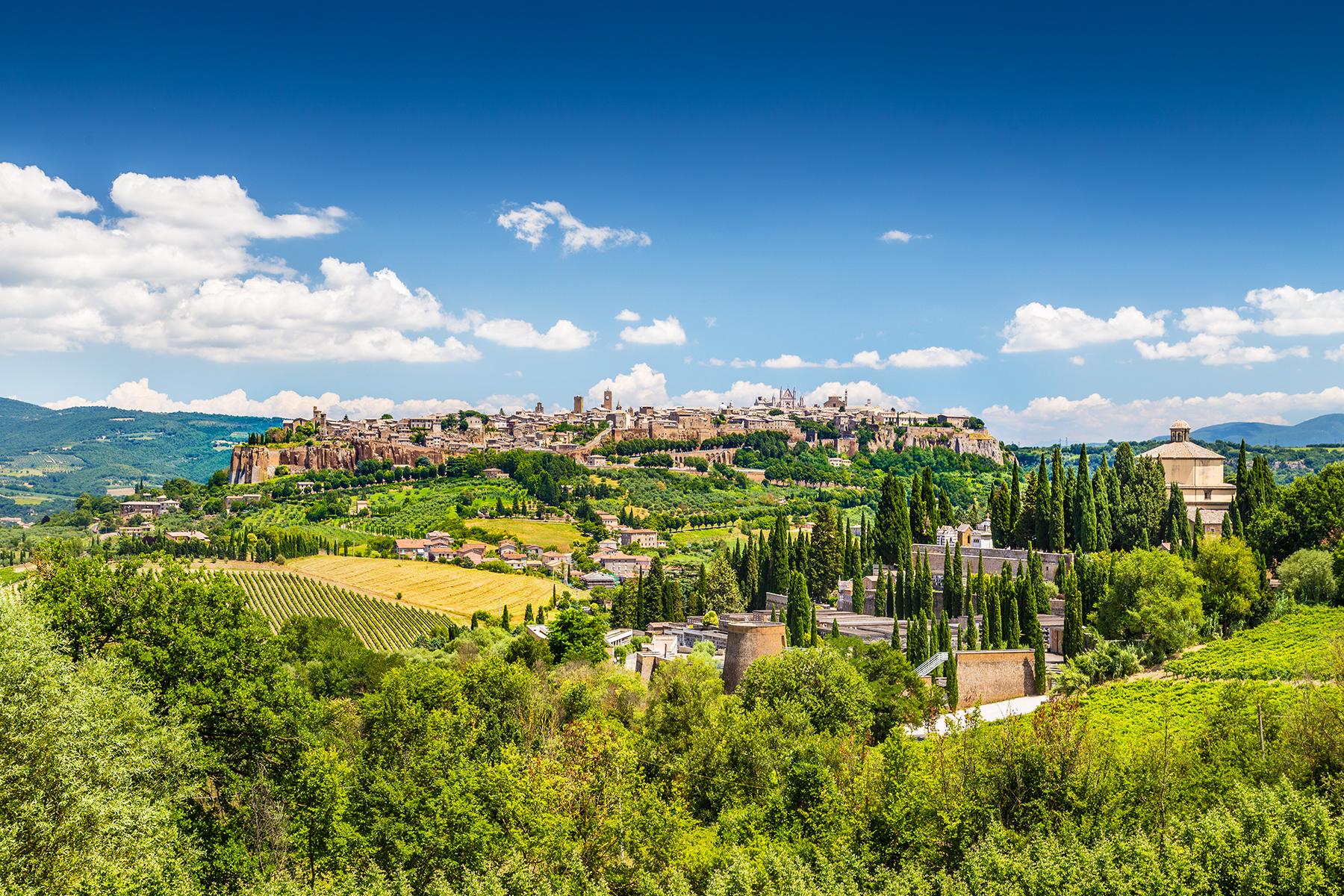 Every Italophile knows Tuscany, but just over the provincial border awaits Umbria, just as beautiful but much lesser-known for its hilltop medieval villages, vineyards, cypress-dotted countryside, Roman ruins, and burgeoning markets. In addition to fewer crowds and lower prices, you’ll find St. Francis pilgrimage sites (La Verna, Assisi), Spoleto’s summer festival, and Orvieto, one of the most enchanting hilltop towns in Italy.

INSIDER TIPUmbria is at its best in May, flourishing with flowers, spring green, and balmy weather. 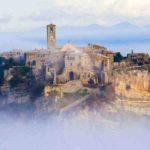 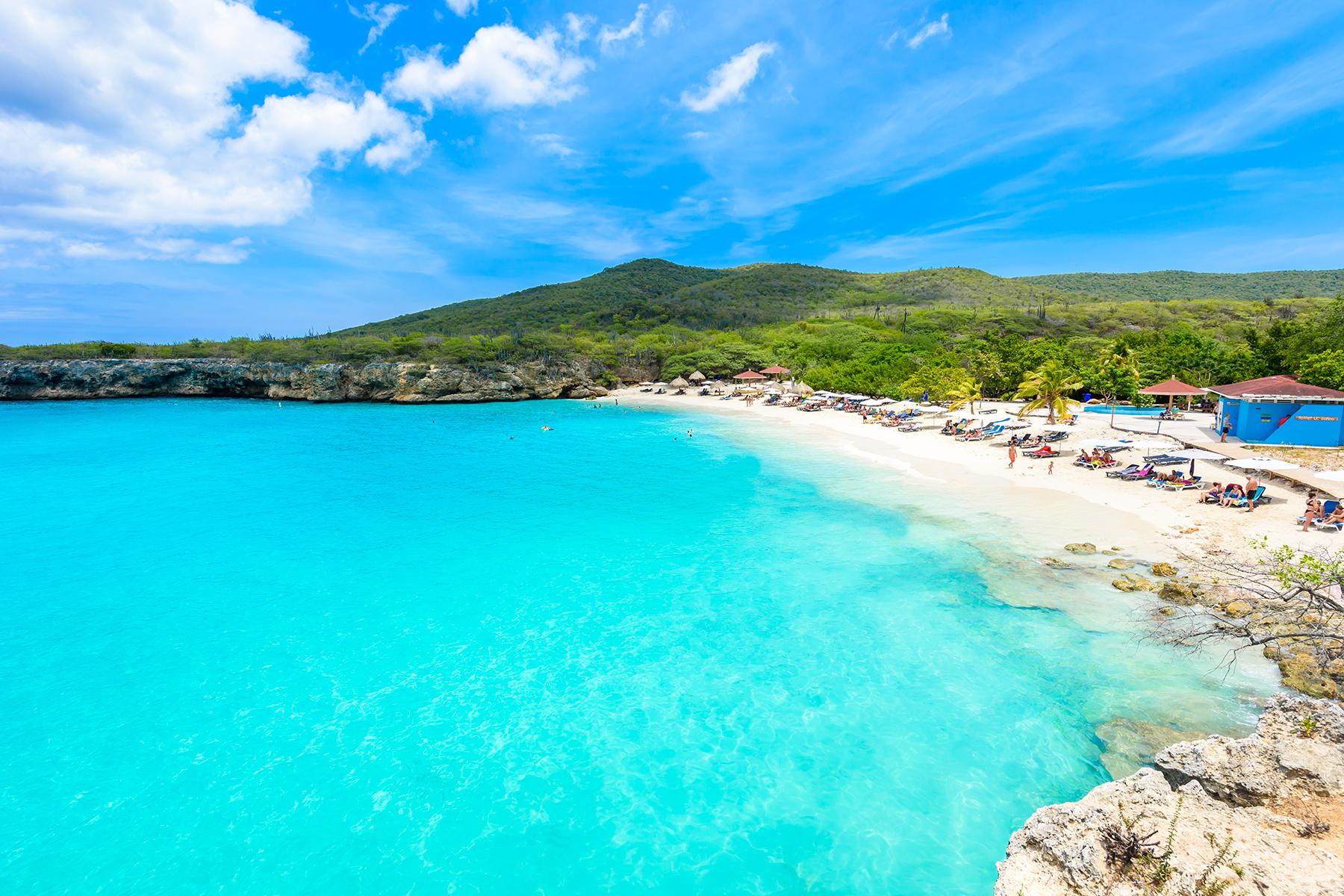 The Dutch colonized the three southernmost Caribbean isles, deemed the ABC islands: Aruba, Bonaire, and Curaçao. While Aruba has long been a popular destination for Americans, Curacao remains a quiet, untrammeled alternative. Its 17th-century architecture is picturesquely preserved in the capital city of Willemstad, with frilly, colorful buildings now filled with shops, restaurants, and hotels. There’s nothing better than sitting along the music-serenaded shipping channel, sipping a Dutch beer and watching the boats float past. Explore further to discover wild flamingos, underground caverns at Shete Boka, fabulous hiking at Mount Christoffel, and the famous Blue Curaçao liqueur and rum, still made on the island (tours available). 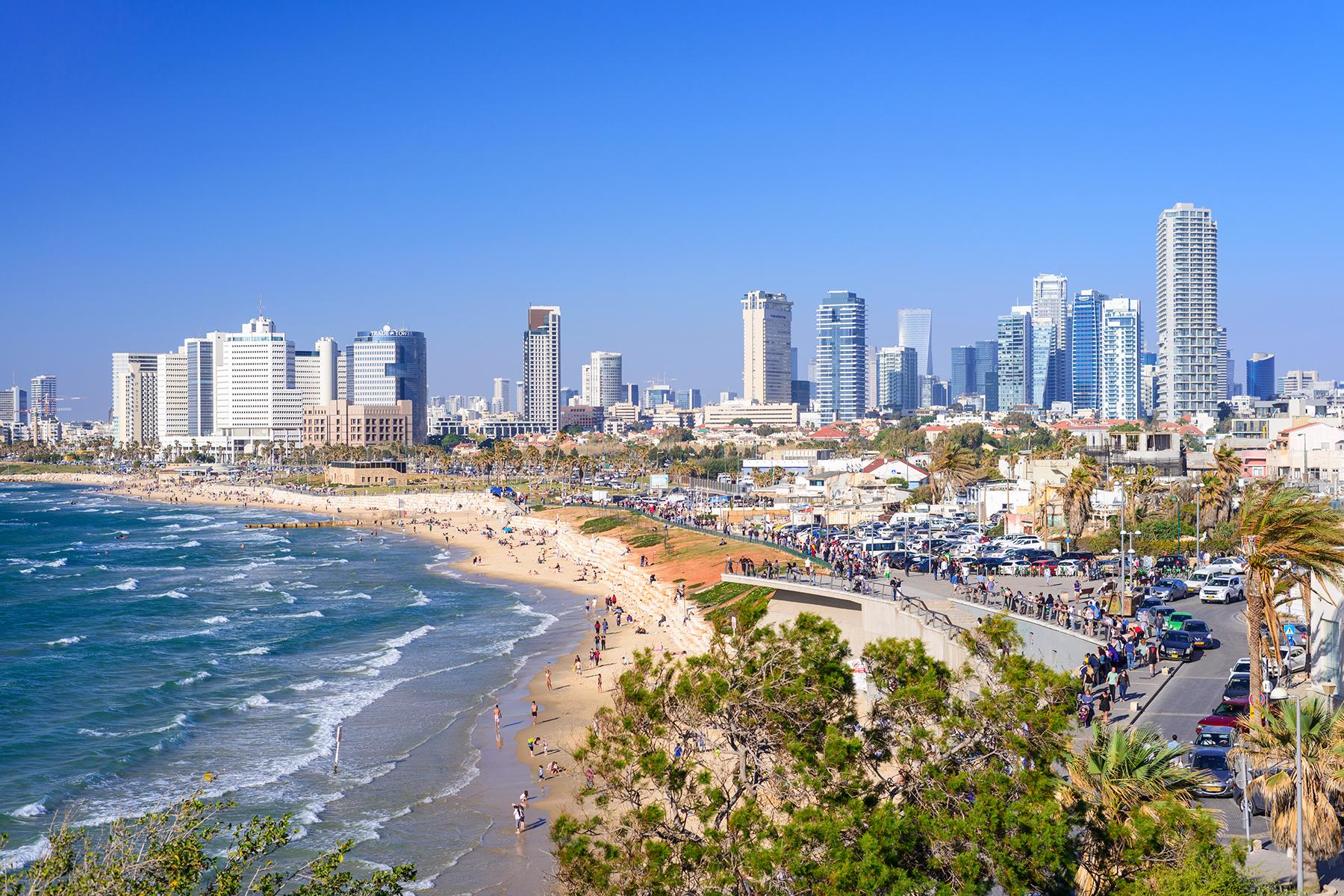 It’s no secret that the seductive seaside city of Barcelona is struggling with its popularity: It’s overpriced, overcrowded, and overtouristed. So head instead to the less-trammeled Tel Aviv, the cosmopolitan Israeli city perched on the Mediterranean’s eastern edge. Just like its Catalan counterpart, it’s got beaches, a long seaside promenade ideal for sunset-watching, an exciting culinary scene, amazing Bauhaus architecture (which is a tad less colorful than Gaudi’s, but still …), designer fashion, hopping nightlife, and the frenetic Carmel Market. Add to that some of the best places in the world to get shawarma and falafel (and other Middle Eastern treats) and you won’t be missing Barcelona at all. 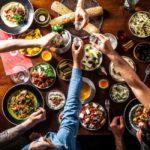 RELATED STORY
The 11 Best Spots for Shawarma in Tel Aviv 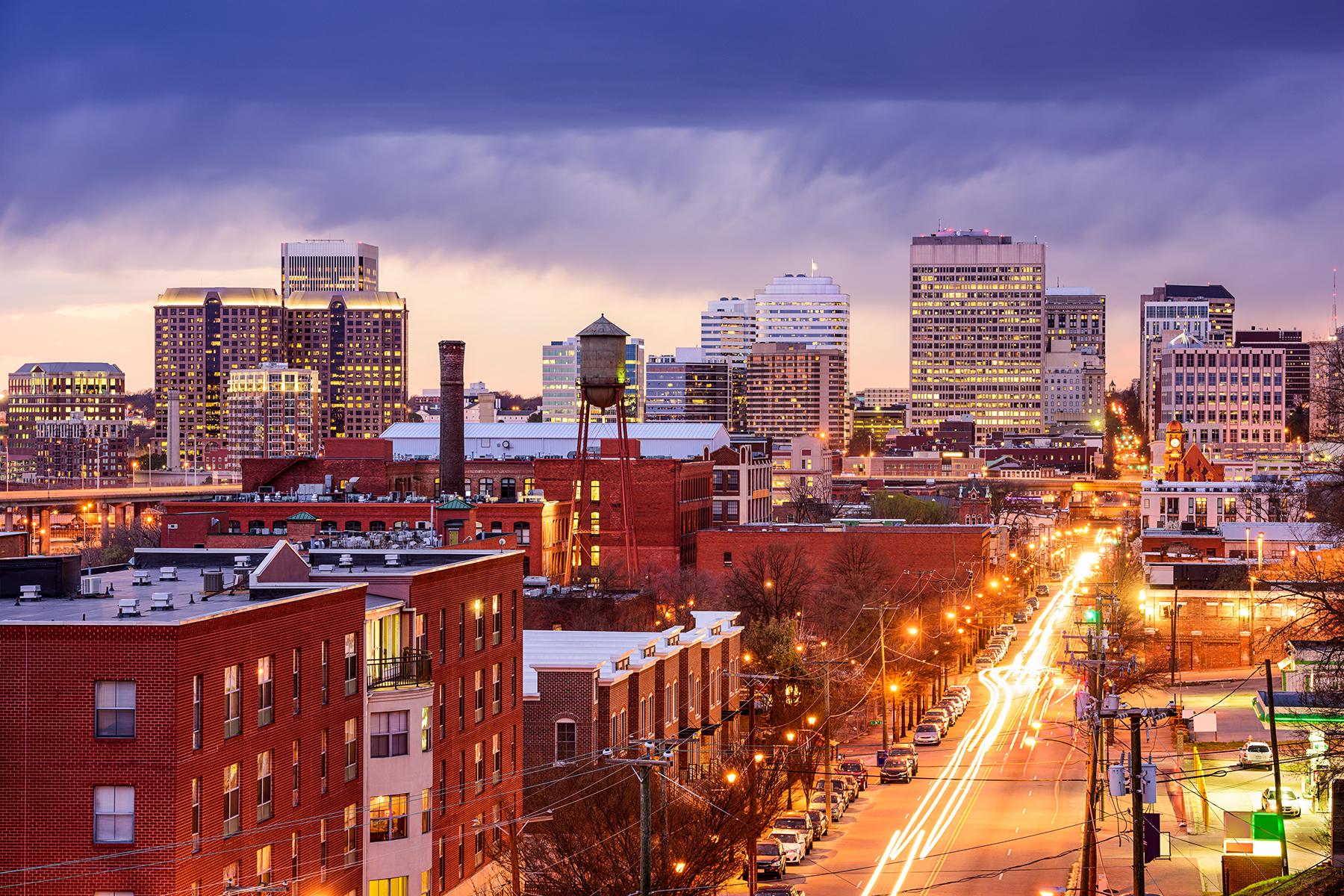 Williamsburg, Virginia  has cornered the market on the quaint colonial experience, but for those preferring history without the crowds, Richmond is an excellent alternative. Thomas Jefferson designed the state capitol building, and Patrick Henry uttered his famous “Give me liberty or give me death” speech of 1775 in what is today called St. John’s Church. There’s also Tuckahoe Plantation, Thomas Jefferson’s boyhood home; and Libby Hill Park, one of Richmond’s three original parks. And here’s an added plus: The once gritty and industrial city is experiencing a comeback with buzzy neighborhoods, an innovative culinary scene, and a slew of boutique hotels. 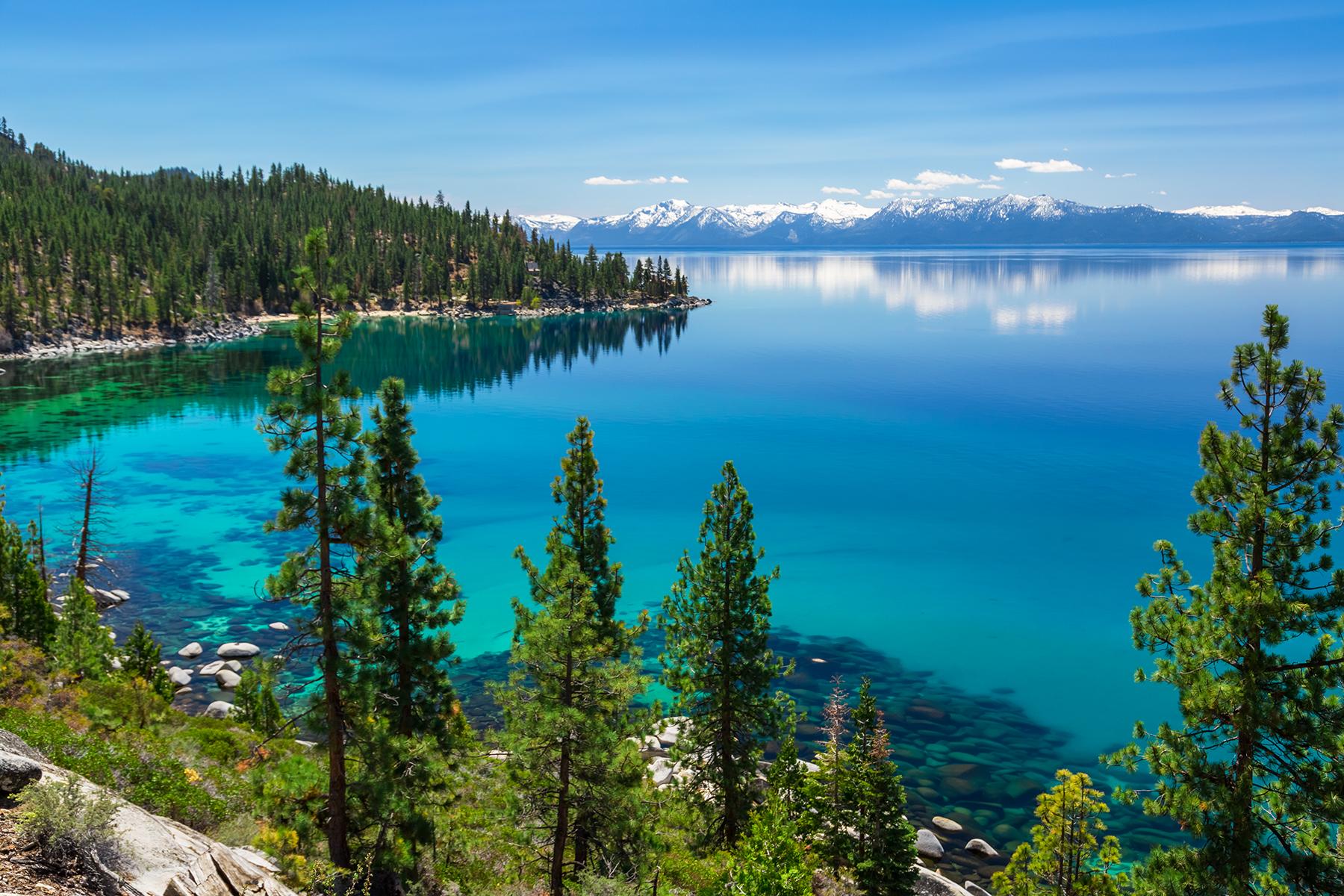 Las Vegas may have its neon glitz and “what happens in Vegas, stays in Vegas” panache, but South Lake Tahoe has plenty of casinos, resorts, entertainment, shopping, and spas for those preferring something less over-the-top. And here’s a plus: dreamy Lake Tahoe has 72 miles of beach-dotted shoreline, cool-blue waters, High Sierra hiking, and world-class skiing.

INSIDER TIPFly in and out of Reno, where you’ll find celebrity chef restaurants, big-ticket concerts, and buzzy bars for half the price of what you’d pay in Vegas. The city is also home to the National Bowling Stadium, referred to as the Taj Mahal of Tenpins—with 78 lanes and the world’s longest video screen. 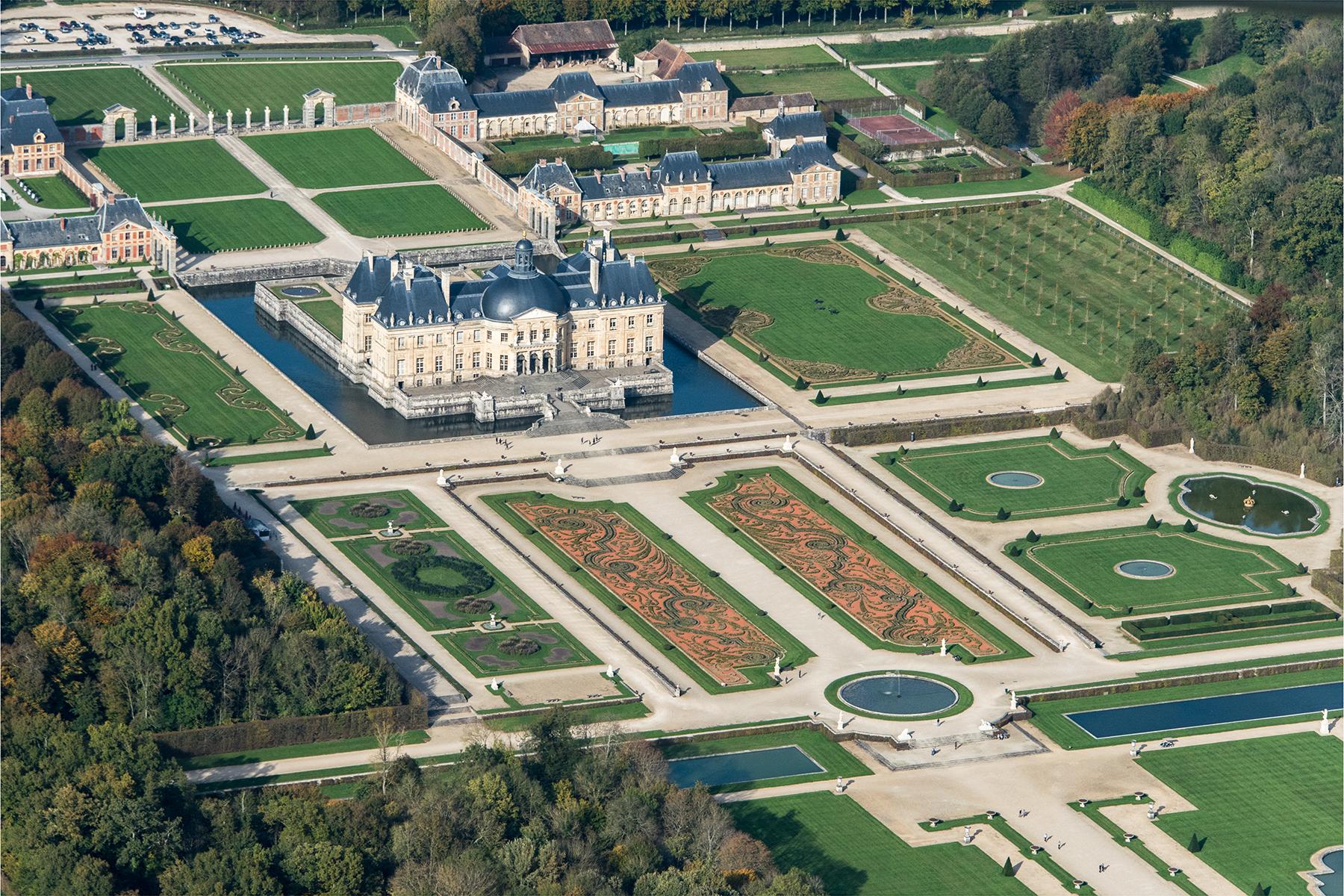 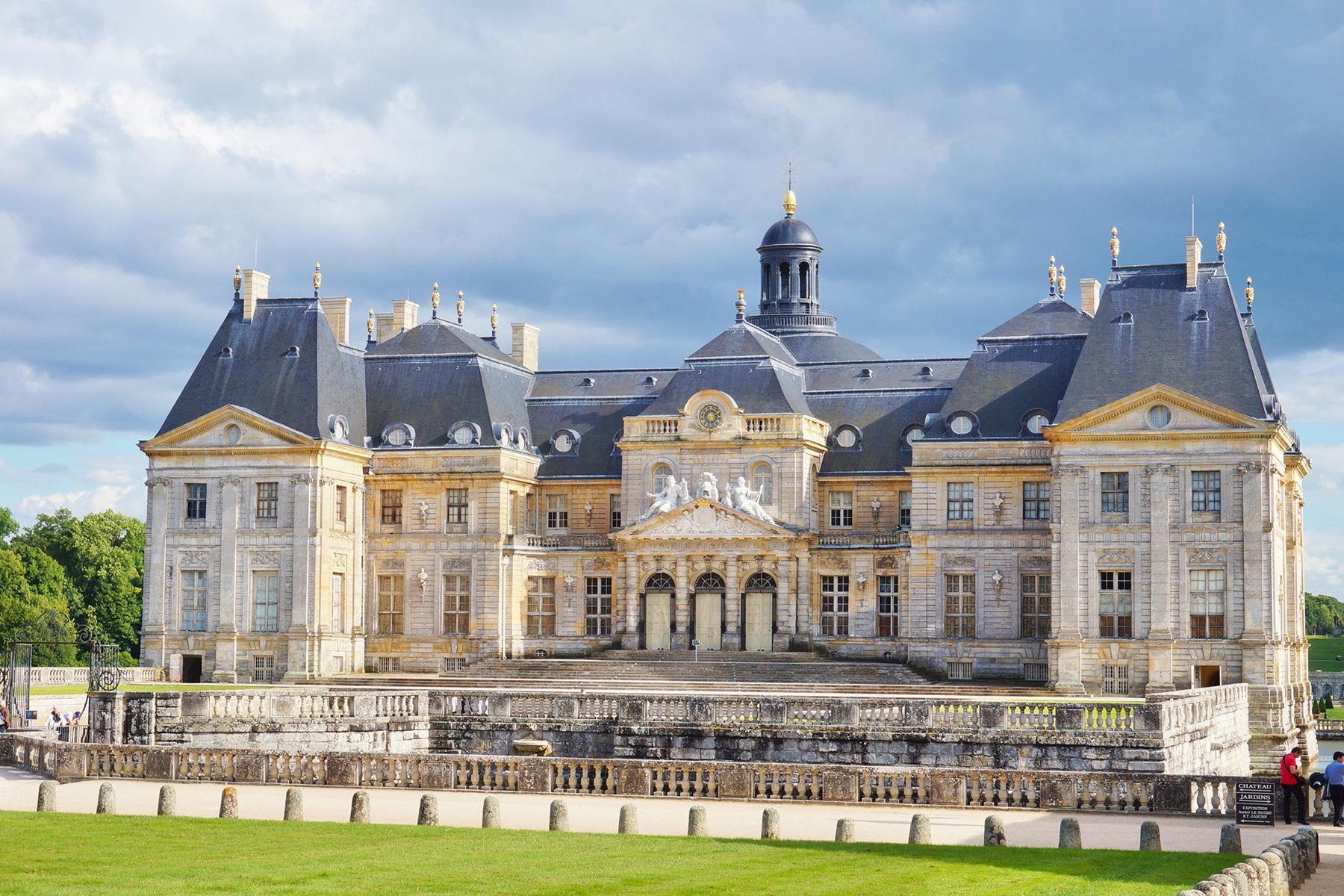 PHOTO: EQRoy / Shutterstock
Previous Next
10 OF 11

Nicolas Fouquet, the French finance superintendent during the reign of King Louis XIV, built a beautiful palace on the Paris outskirts. He hired the best designers and landscapers of the 1600s that money could buy, and he had a big soirée to show it all off. His mistake! When the king, a party guest, saw Fouquet’s lavish French Baroque abode, at a time when his Versailles was a mere hunting lodge, he seethed. Three days later, he threw Fouquet into prison … for life. He stole every last item from Fouquet’s palace and nicked his dream team as well with the mandate to transform the hunting lodge into the flamboyant palace we know today. Vaux-le-Vicomte remains in private hands, though it’s open to the public for tours. With its architectural design and landscaping influencing Versailles, it’s like touring the more famous royal residence on a lesser scale, down to the famous water fountains—without the crowds. 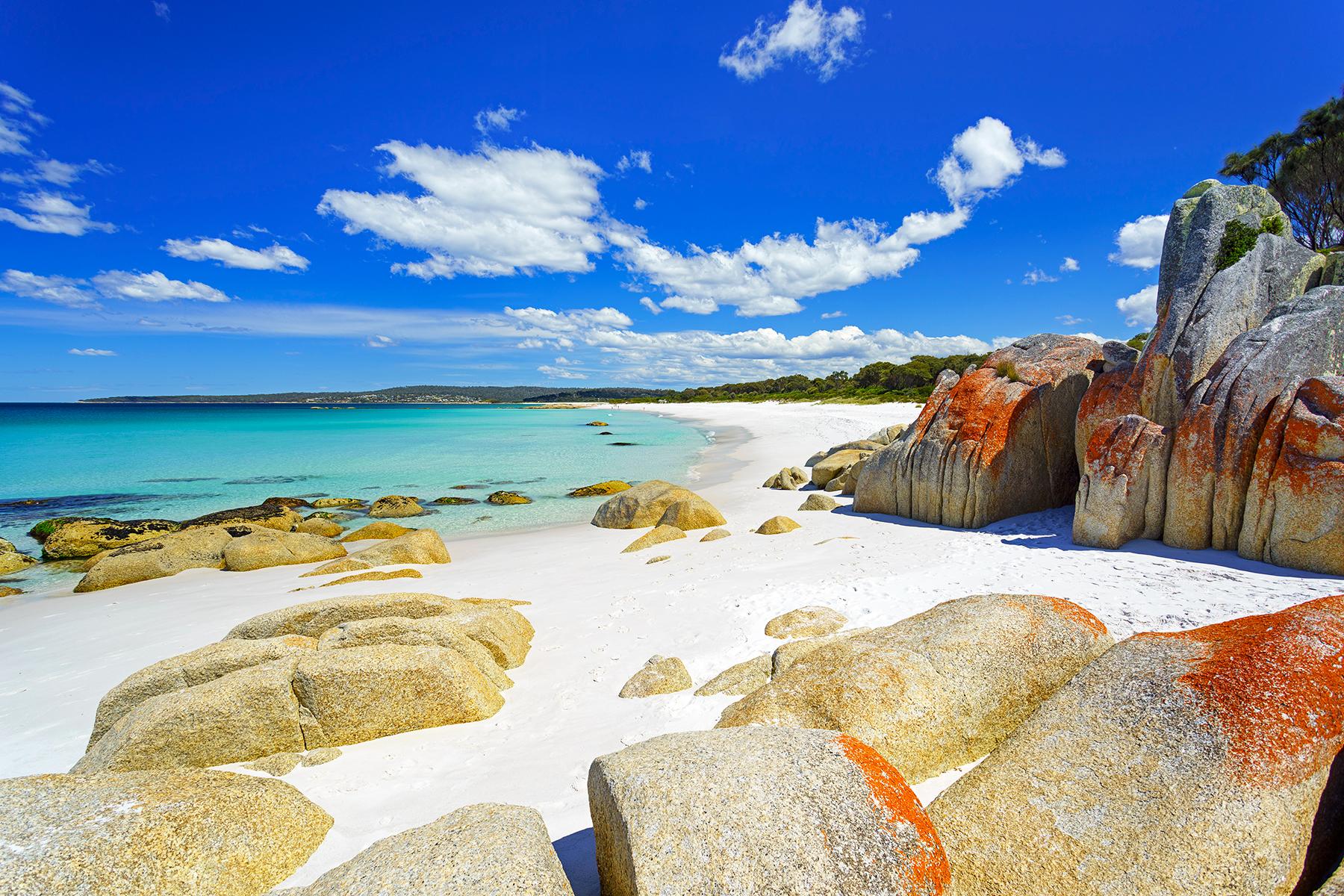 Positioned off Australia’s southeastern coast, this wild state is an outdoor lover’s dream, with sky-scraping peaks, glassy lagoons, and picturesque towns—similar to New Zealand but much more off the tourist track. Among its highlights: The Bay of Fires, where a turquoise-green sea dazzling against blinding white sand is fringed with blood-orange, lichen-swathed granite headlands; magical Wineglass Bay, featuring one of the world’s top ten beaches; and Lake St. Clair National Park, just one of the island’s many gorgeous natural retreats. Hobart is much smaller than Auckland, but still a lovely city with its Salamanca Market and picturesque harbor setting, and majestic Mount Wellington towering above. And one thing Tasmania has that New Zealand doesn’t? The Tasmanian devil! 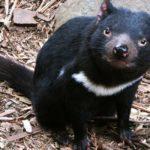