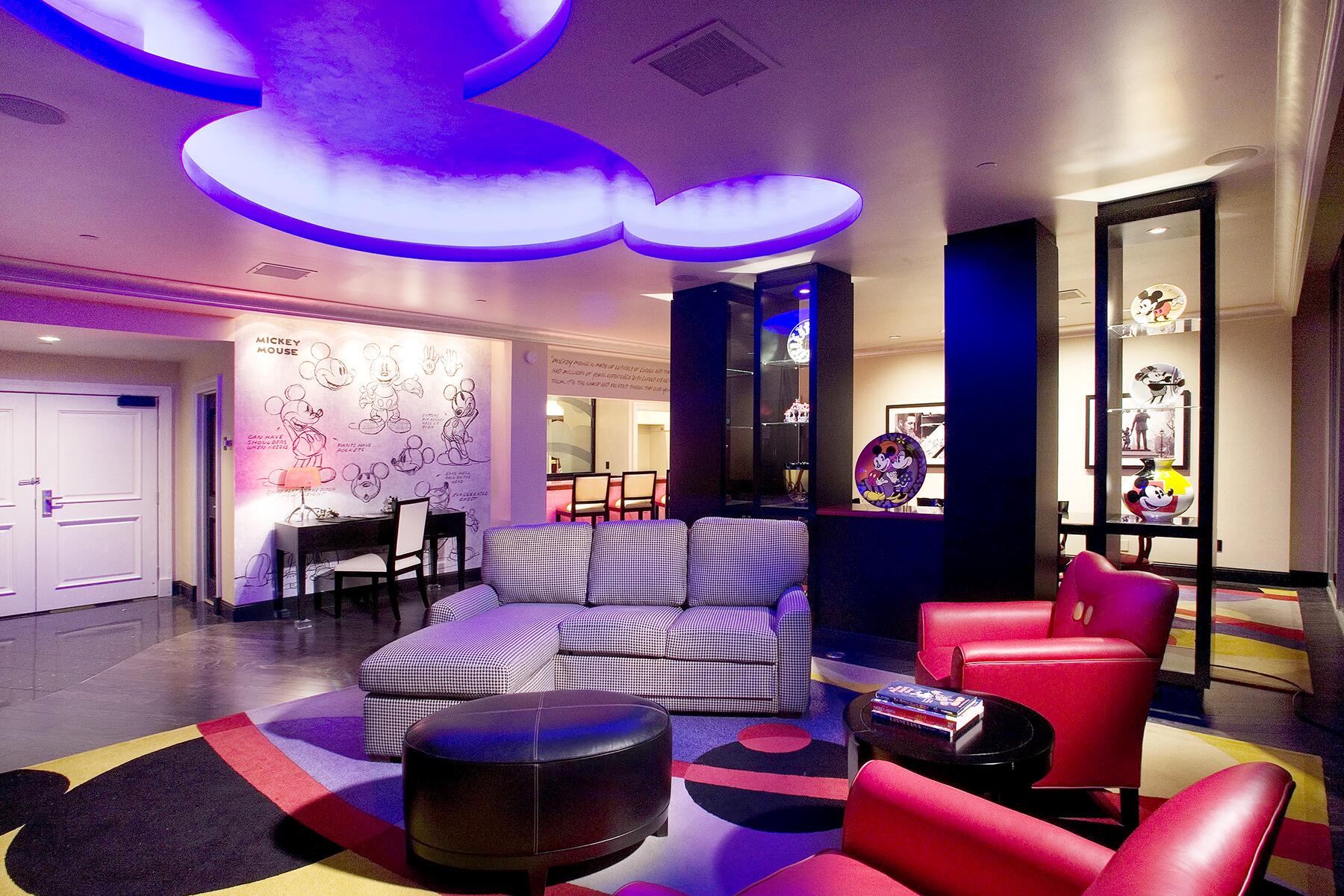 This stunning landscape looks right at home on an alien planet.

The Mars-like Wadi Rum in Southern Jordan is a desert unlike any other, where whimsical red and brown mesas and peaks pop up amid a vast sea of sand and sparse vegetation. This extraterrestrial landscape of mountains and dunes—also known as the Valley of the Moon—is largely uninhabited, making it a lure for adventurers. Various civilizations have been crossing these lands, now a UNESCO World Heritage site, since at least 12,000 years ago. Today, travelers come here to get their dose of otherworldly scenes, daring hikes, and glamping under the radiant night skies.

Why Does Wadi Rum Look This Alien?

Roughly the size of New York City’s five boroughs at nearly 300 square miles, the dramatic Wadi Rum terrain sits on the western edge of the Arabian Desert, in the far southern region of Jordan. The unique landscape of granite and sandstone was formed when ancient tectonic plates drifted apart, sending bedrock straight to the skies in a cataclysmic movement. Scientists think that these processes were a runoff of the events that created the Great Rift Valley—a massive geological trench that’s clearly visible from space and runs from the Middle East all the way to East Africa—25 million years ago. Stepping foot in Wadi Rum is akin to walking through Earth’s geological evolution. Polished by the wind, sand, and floods over millennia, the natural arches and towers of deep red, beige-brown, and light grey sandstone date back to the Cambrian period some 600 million years ago. The astounding granite rock, millions of years old, forms the substrate that’s sometimes visible in the layers of higher mountains.

The Stage for the Outer World

Starting with David Lean, the director of the 1962 classic Lawrence of Arabia, moviemakers have been coming to Wadi Rum to take advantage of its colossal space and unearthly landscapes. The desert is a frequent stand-in for distant worlds in numerous blockbusters, sci-fi thrillers, and adventure films, including the Red Planet (2000), Transformers: Revenge of the Fallen (2009), Prometheus (2012), and Aladdin (2019). With rocky terrain that looks straight out of Mars, it’s no wonder that the outdoor scenes in The Martian (2015) with Matt Damon were filmed exclusively in Wadi Rum. The cause of the Jedi has been advanced with the help of the Jordanian desert as well. You’ll recognize Wadi Rum in the rugged terrain of Jedha, a small desert moon from Rogue One: A Star Wars Story (2017) and in the sands of Pasaana, a desert planet from Star Wars: The Rise of Skywalker (Dec 2019). Denis Villeneuve’s 2020 adaptation of the sci-fi classic novel Dune with an all-star cast (Timothée Chalamet, Zendaya, Josh Brolin, Javier Bardem, and Jason Momoa, among others) promises another exciting performance by Wadi Rum as the isolated desert world of Arrakis.

The nomadic Bedouin tribes traversing through Wadi Rum have traditionally been expert star navigators, using the position of the moon and the stars in relation to their surroundings to orient their way. The North Star, for example, is one of the most important celestial navigational tools in the desert. Most stars move through the sky as they rise and set during the course of a night. The North Star remains in nearly the same position on the Northern Hemisphere’s horizon year-round while other stars circle around it. This unique characteristic made the North Star a reliable reference point to the north for the ancient desert travelers. Today’s Bedouins share this story and other navigational knowledge from the distant past during the extraordinary nightly sky-gazing sessions in the Wadi Rum desert. Depending on the weather and seasons, a sleepover in Wadi Rum is an opportunity to see a myriad of planets and constellations and even spot a milky stretch of light strewn across the night skies—due to nearly zero light pollution in the desert, a part of the Milky Way Galaxy to which we humans belong can be observed in this desert as well (albeit from the inside out).

Go to Space in the Martian Domes

Most of the tourist camps in the Wadi Rum desert feature simple accommodations in traditional Bedouin-style tents woven with goat hair. These sturdy tents provide shade in the summers while keeping warm during the bitterly cold winter nights; the desert Bedouin families still use these tents today. In recent years, tents of a different kind have popped up in Wadi Rum. Designed in the best glamping traditions, these spaceship-like geodesic domes are equipped with luxury bedding and carpets and feature air conditioning, a bathroom with a shower, a personal deck, and glass walls to gaze at the panoramic views of the skies and the jagged landscape. This type of accommodation is becoming increasingly popular (likely in part due to the domes’ “Instagram-worthy” factor) and more camps like Sun City are popping all over the desert. A night in the Martian dome will set you back $200+ in the high spring and fall seasons.

INSIDER TIPBook a popular camel ride through the desert directly with your camp, but choose sunrise—not daytime or afternoon—tour. You’ll score major “cool” points with the Bedouins, who’ll tell you that this is how their ancestors would have traveled in the past.

Intrepid Hikes and Traces of the Past

Thomas Edward Lawrence—the British military man that fought alongside Arab kings during the Arab Revolt against the Ottomans in World War I—immortalized Wadi Rum in his 1922 book Seven Pillars of Wisdom. Lawrence called this terrain “vast, echoing, and God-like.” One only needs to see the precipitous mountains of Wadi Rum from afar to realize that the British officer was apt in his descriptions. There is no shortage of opportunities to hike, scale rocks, embark on multi-day expeditions, and even camp for free in Wadi Rum.

Jordan’s highest peak, Jabal Umm ad Dami, reaches up 6,083 feet near the border with Saudi Arabia. From most camps in the desert, a trek to reach Jabal Umm ad Dami would take several hours via a 4×4 jeep (add days to the trip if you trek with camels), but the ascent itself is relatively easy. Located near one of two Wadi Rum villages, the second-highest peak in the desert is Jabal Rum at 5,689 feet. But don’t let its proximity to people fool you—at a nearly perpendicular slope, Jabal Rum is a sheer wall of rock approachable mostly by professional rock climbers or extra adventurous hikers. A deep canyon in Jabal Khazali hides in its bowels the mystical petroglyphs left by the ancient Nabataean civilization.

In 2011, Wadi Rum was declared a UNESCO World Heritage Site due to its astounding archeological legacy. Some 25,000 rock carvings and 20,000 inscriptions, some dating back to the Neolithic age, are scattered throughout this otherworldly desert.

Star-gazing, multi-day hikes, glamping, and discoveries of civilizations past—the desert of Wadi Rum holds within its frontiers a wide-ranging set of adventures. But perhaps the most universal appeal of this desert lies in an opportunity to step outside our fast-moving modern world, feel awe in the presence of raw, varied nature, and venture out into this vast terrain as an interstellar explorer–if only just for a bit.