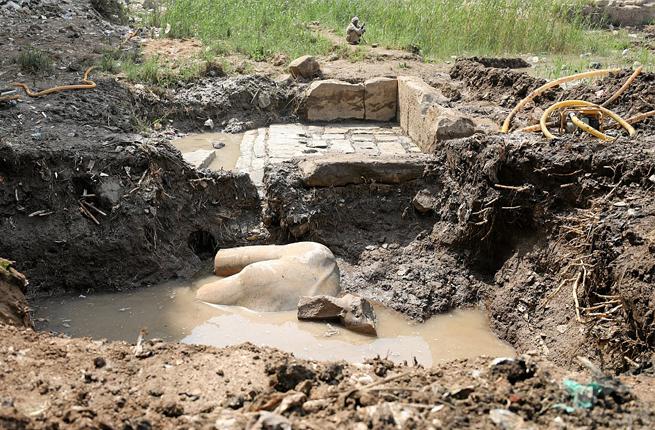 A joint team of Egyptian and German archaeologists discovered a massive statue in the working class neighborhood of Matariya in Cairo. The statue, which is believed to be a depiction of Ramses II, had been submerged amongst mud and groundwater near the site of the pharaoh’s temple in what was, 3,000 years ago, the ancient city of Heliopolis. The quartzite colossus clocks in at 26 feet tall and is being declared one of the most important ever by the Antiquities Ministry.

While this less than kingly context of the statue’s fate might bring to mind certain assertions that made Ramses II synonymous with hubristic pretensions that are ultimately lost to time, it’s hard to argue against how cool it would be to have a 26-foot statue in your image survive three millennia.

For more on this story visit Reuters.

PLAN YOUR TRIP with the Cairo Travel Guide.