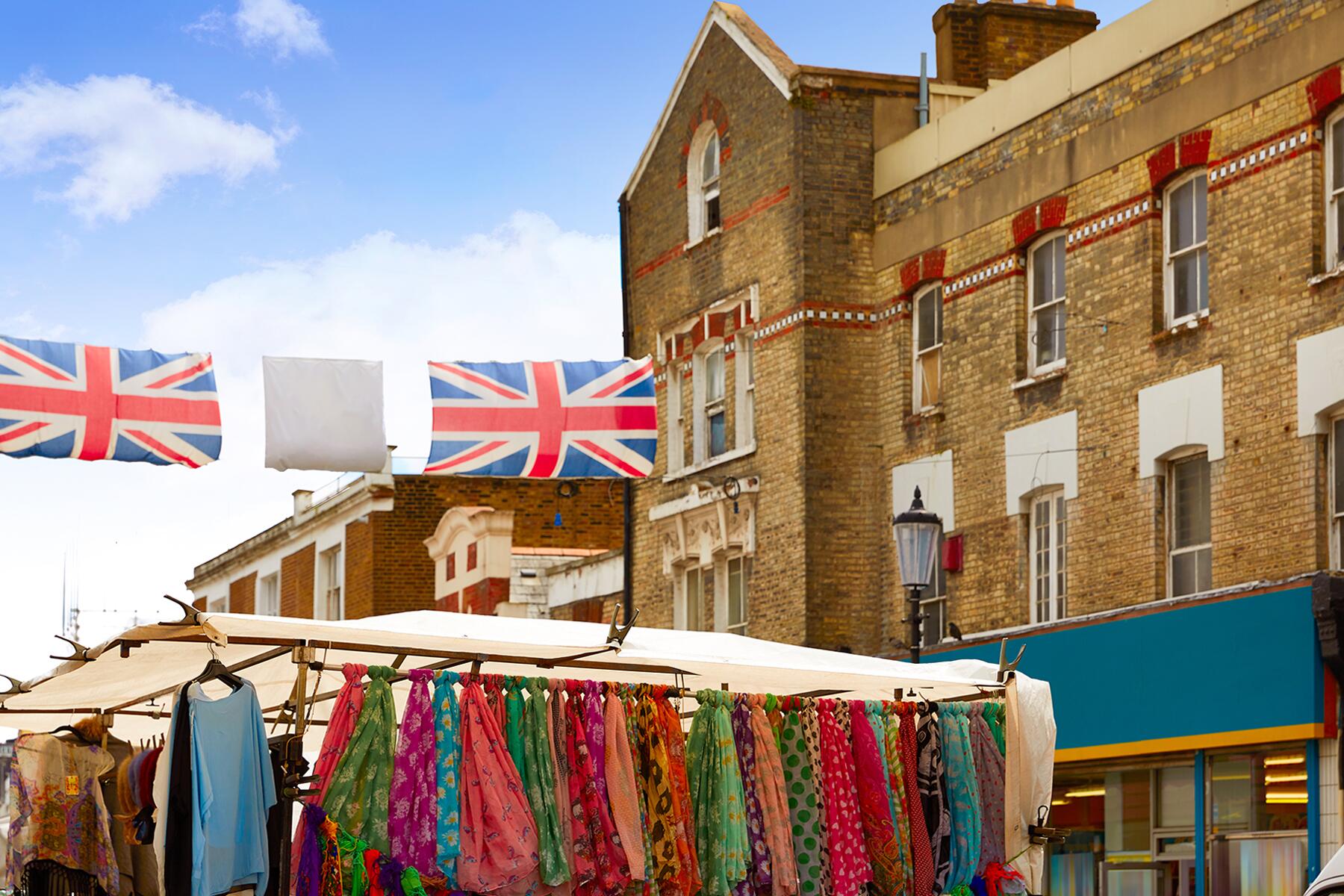 Fancy the opportunity to be queen for a day? Travel the Land of Hope and Glory like the noble dame you are.

With the disorientation that often comes with living in today’s fast-paced world, there’s an ever-greater temptation to revisit more gracious, measured times; such nostalgia is fueled by the popularity of historical British dramas such as the recently ended Downton Abbey and the current hits The Crown and Victoria. Viewers might think that such opulence is out of reach for the average traveler, but with some planning and imagination, and by taking advantage of favorable post-Brexit exchange rates (and, okay, splurging a little—it’s worth it!), it’s possible to spend a few days relaxing into warm luxury while visiting both real and stand-in locations of the royal dramas that are currently capturing our collective imagination. 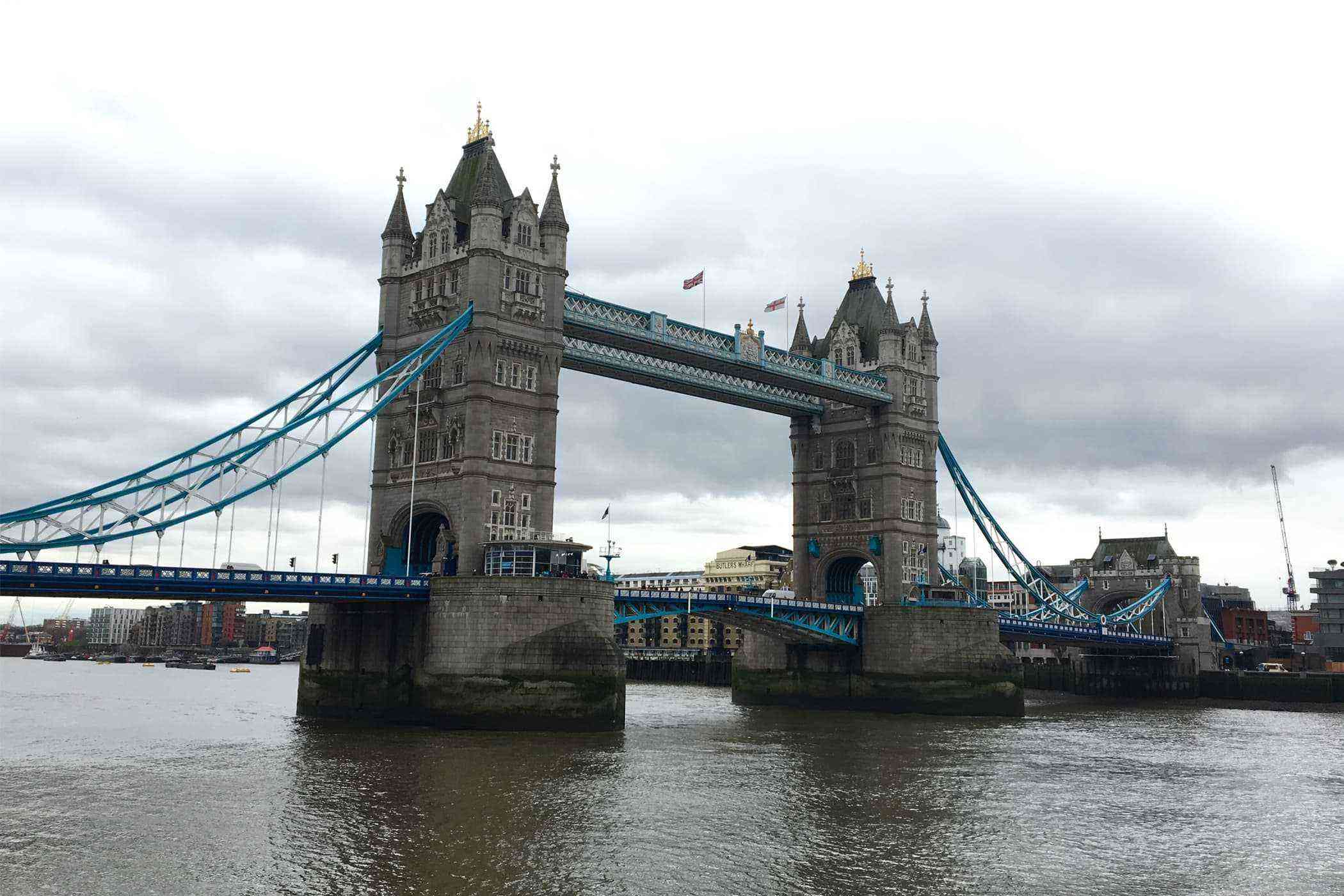 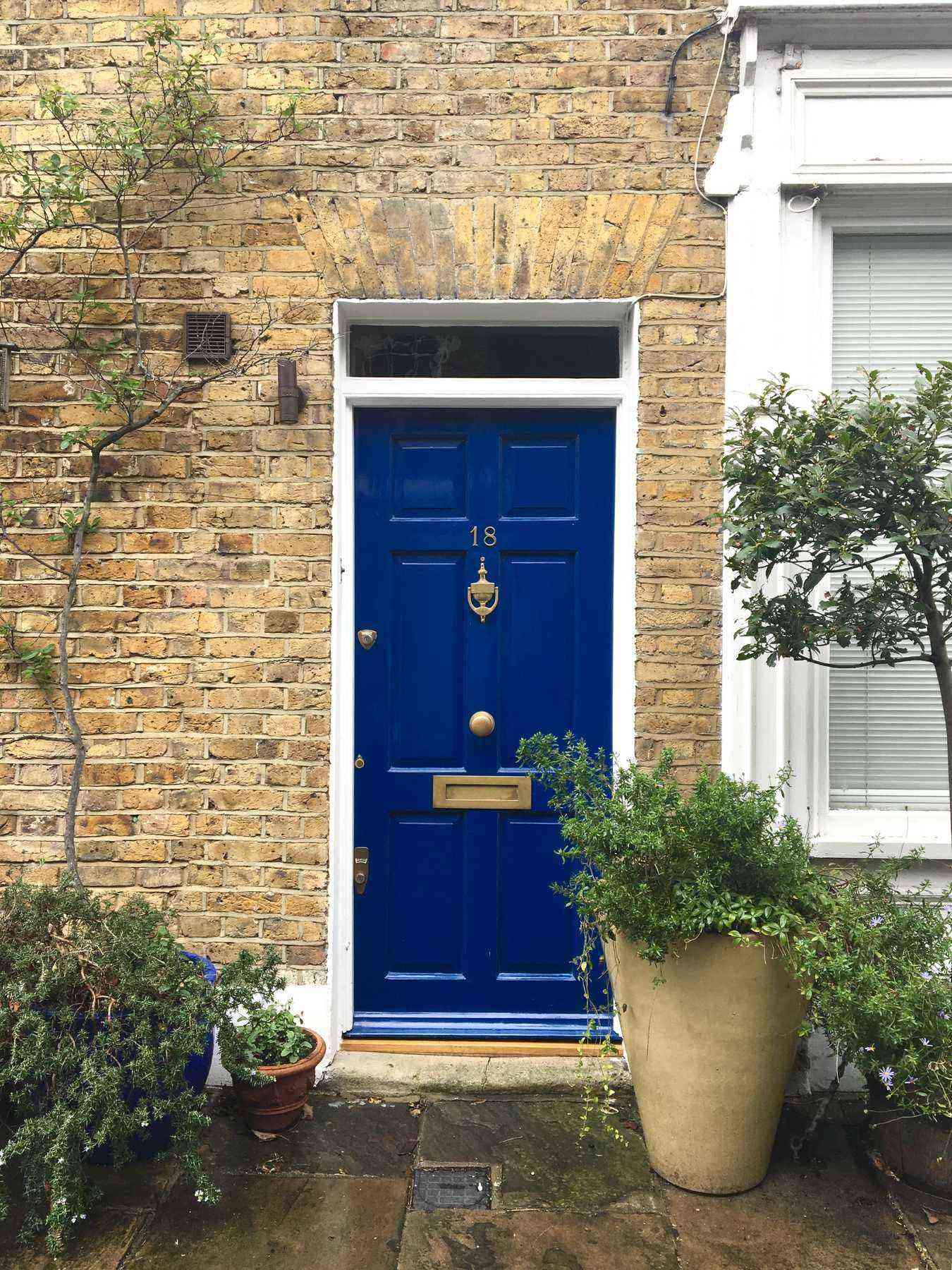 Like any major city, England’s sprawling capital can quickly become an overwhelming project to explore. If you only have a few days, it’s sometimes best to pick one neighborhood and ease into its rhythms. Kensington, just west of the City of London, was originally conceived as a fresh-air retreat for the royal family to escape the teeming, smoky streets. Although Kensington is no longer considered “out in the country,” you can still find a sense of peace and privacy in the lanes and mews that wind away from this upscale neighborhood’s bustling High Street, or among the bright flowerbeds and shaded walkways of Kensington Gardens. 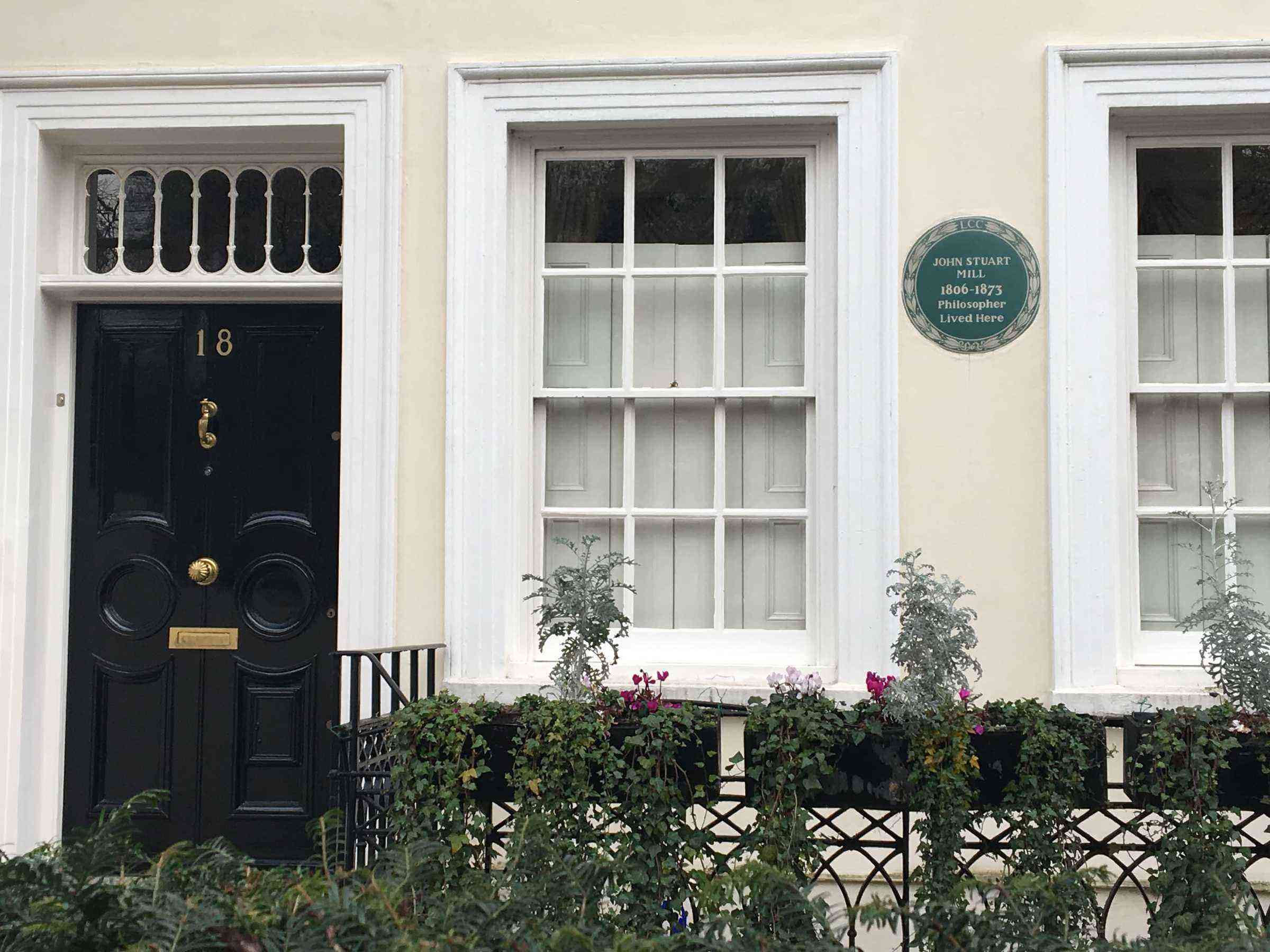 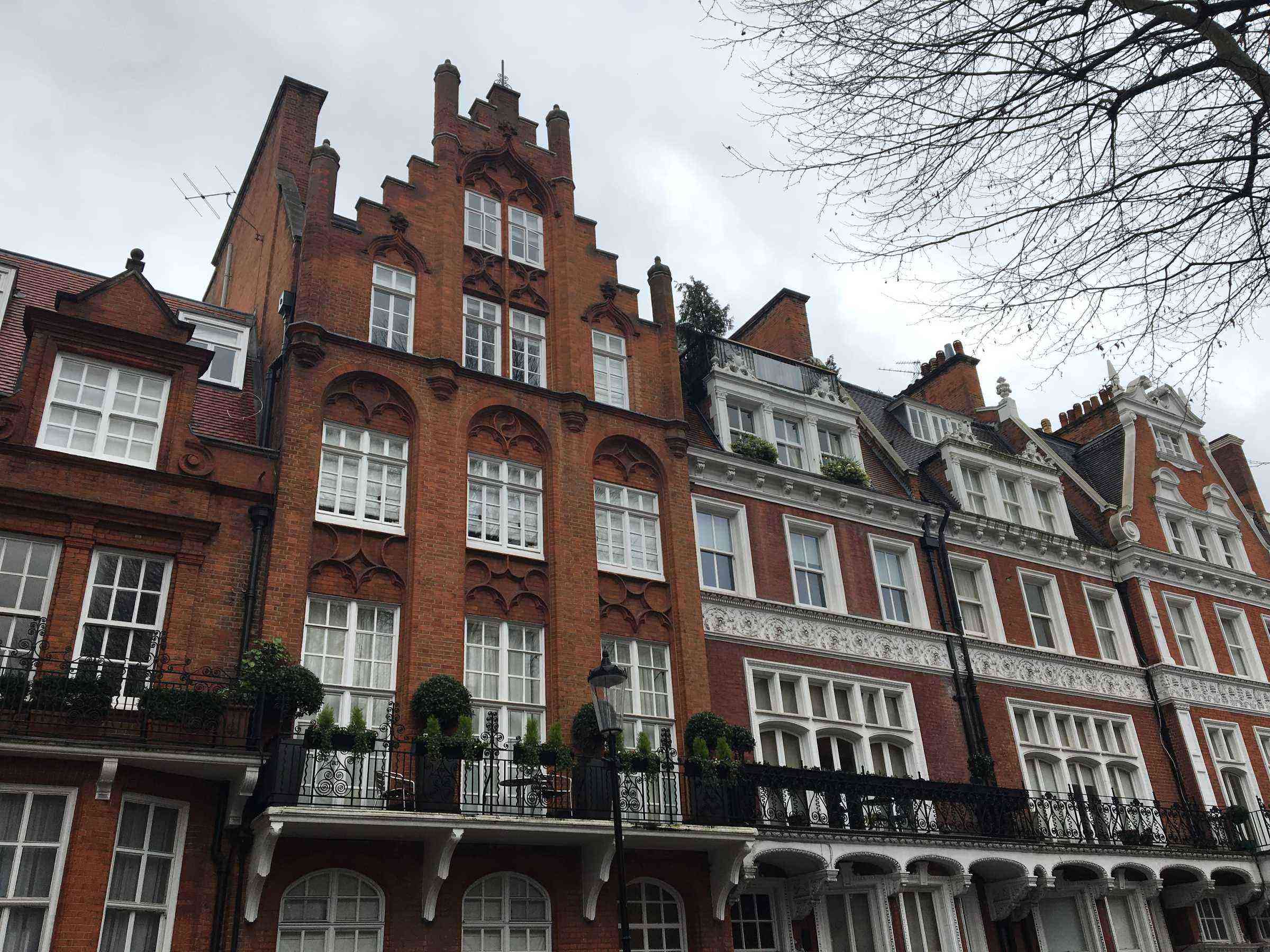 As befits this one-time royal retreat, Kensington is home to a number of fine hotels. But for location, opulence, and over-the-top service, it’s hard to improve upon The Milestone Hotel, situated on the High Street directly overlooking the gardens and practically next door to Kensington Palace, home to the extended royal family (i.e., everyone except Queen Elizabeth and Prince Philip). This is the portion of your visit that will be the splurge, but The Milestone makes sure its guests get their money’s worth. The property is small—just 62 guest rooms and apartments housed in three connected mansions—so it feels residential and private. Adding to the residential feel is the fact that every room and suite is unique, so you feel like a guest in your very wealthy (and slightly eccentric) great-aunt’s home. 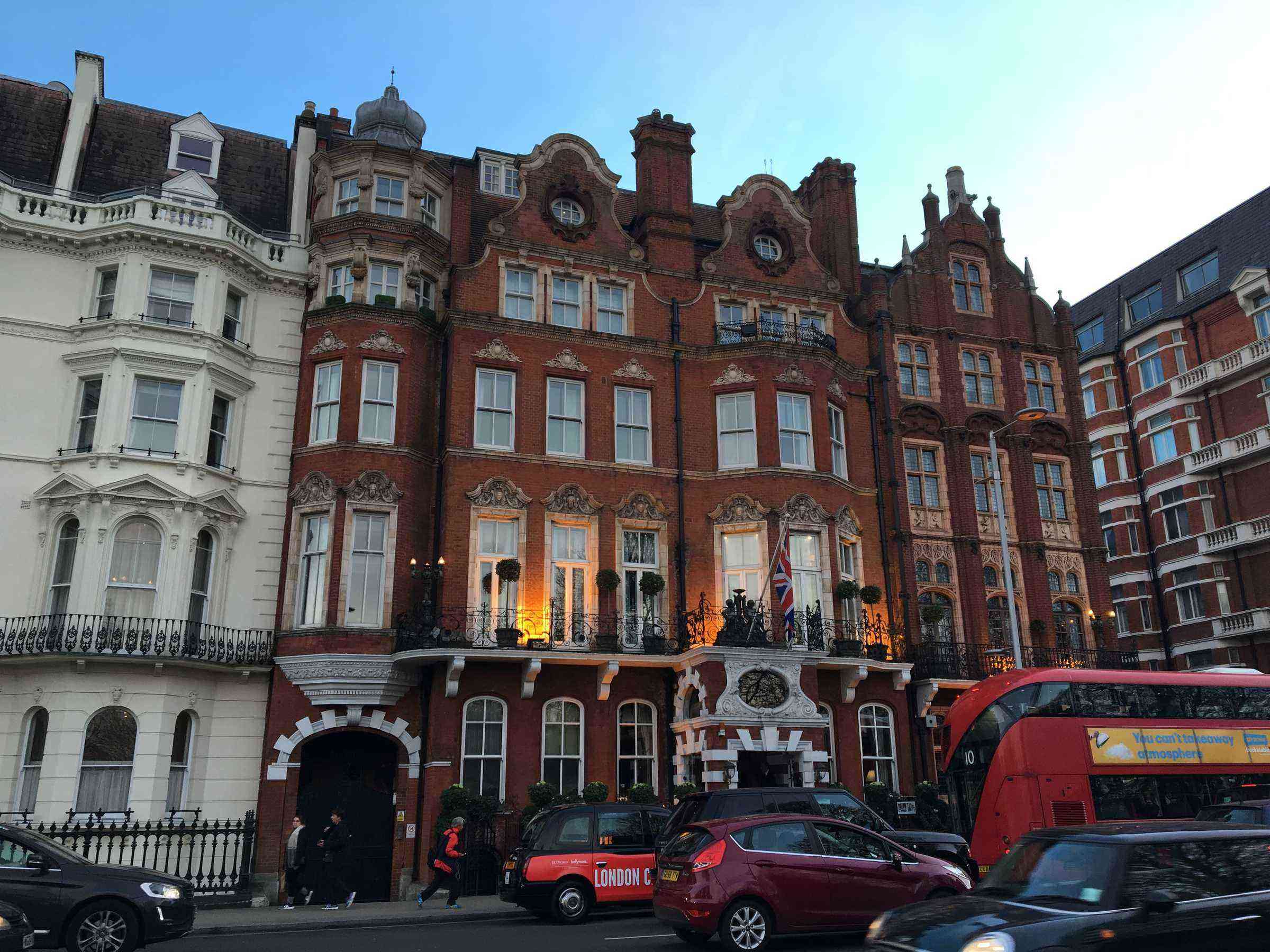 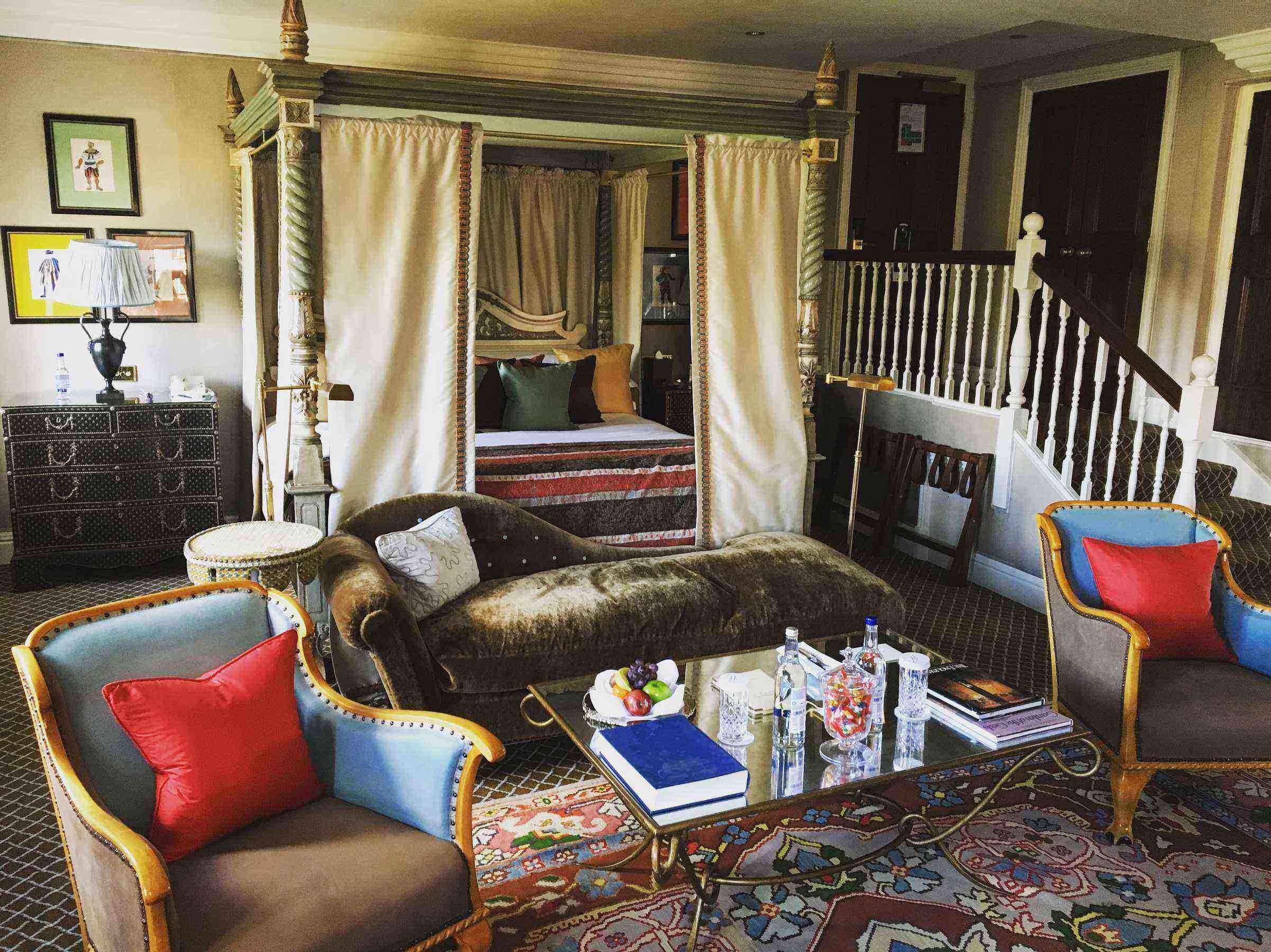 The rooms are scavenger hunts of treats and thoughtful touches, including personalized business cards with your Milestone address printed on them (very helpful for maintaining the fantasy that you actually live there), a box of cookies, a bowl of fresh fruit, a giant jar of jelly beans, not to mention a different bedtime snack each night (mini-scones and clotted cream; fresh apples with caramel sauce) and cheeky pillow gifts like a miniature volume of Sherlock Holmes stories nestled up with a tiny packet of prunes. You know, for the antioxidants.

Equally warm and personal is the service; guests are encouraged to fill out detailed profiles ahead of their stay so that everything from pillows to meals to cocktails is tailored to individual needs. And, with two staff members to every guest, any need not addressed before arrival is quickly and cheerfully met. The genuinely friendly staff are eager to help you make the most of your visit, whether arranging spa treatments, dinner reservations, pub recommendations, shopping tips (Kensington is a trove of high-end vintage fashion boutiques), or to book a session with their in-house personal trainer to help work off all the room snacks and decadent meals. 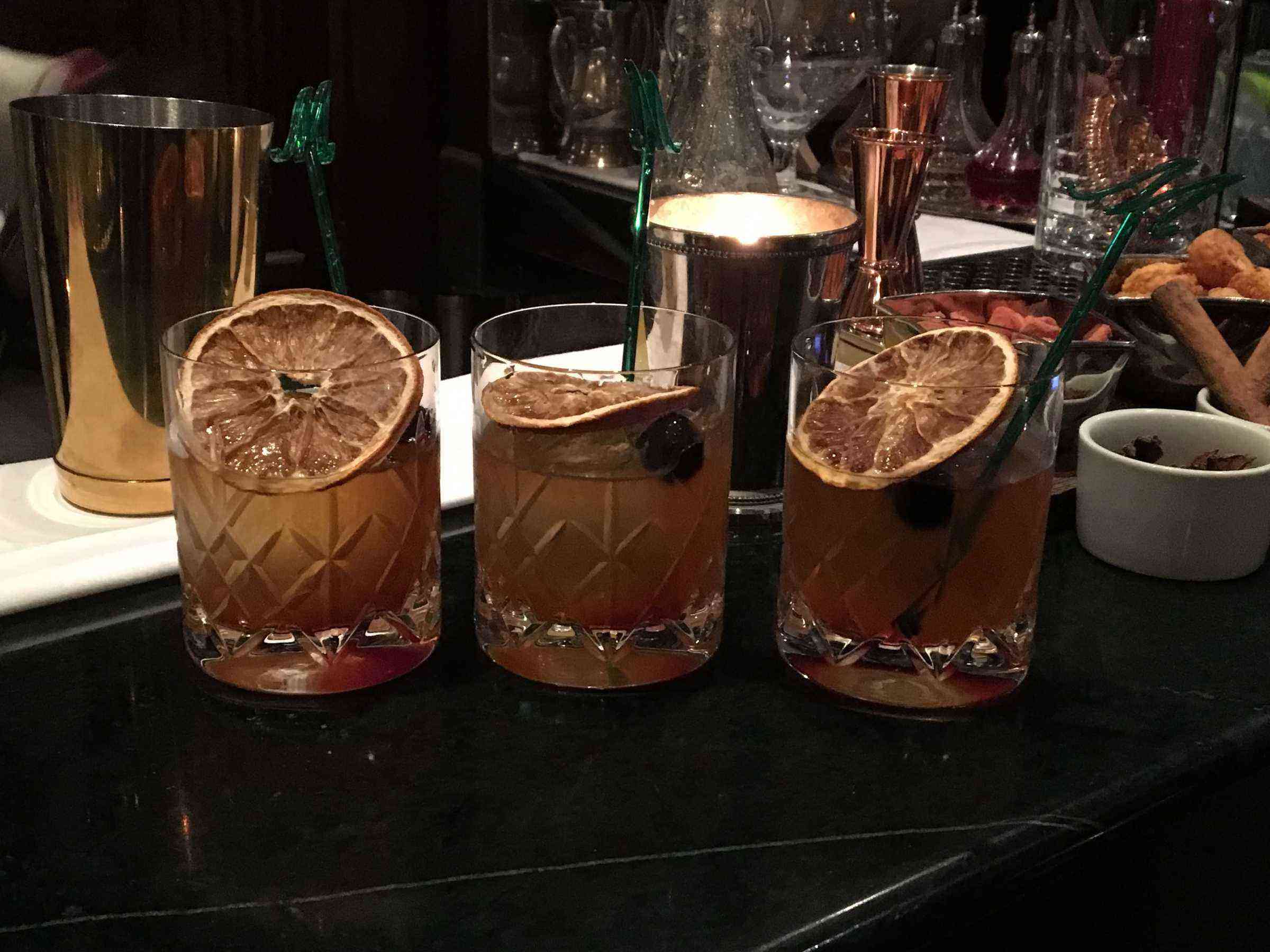 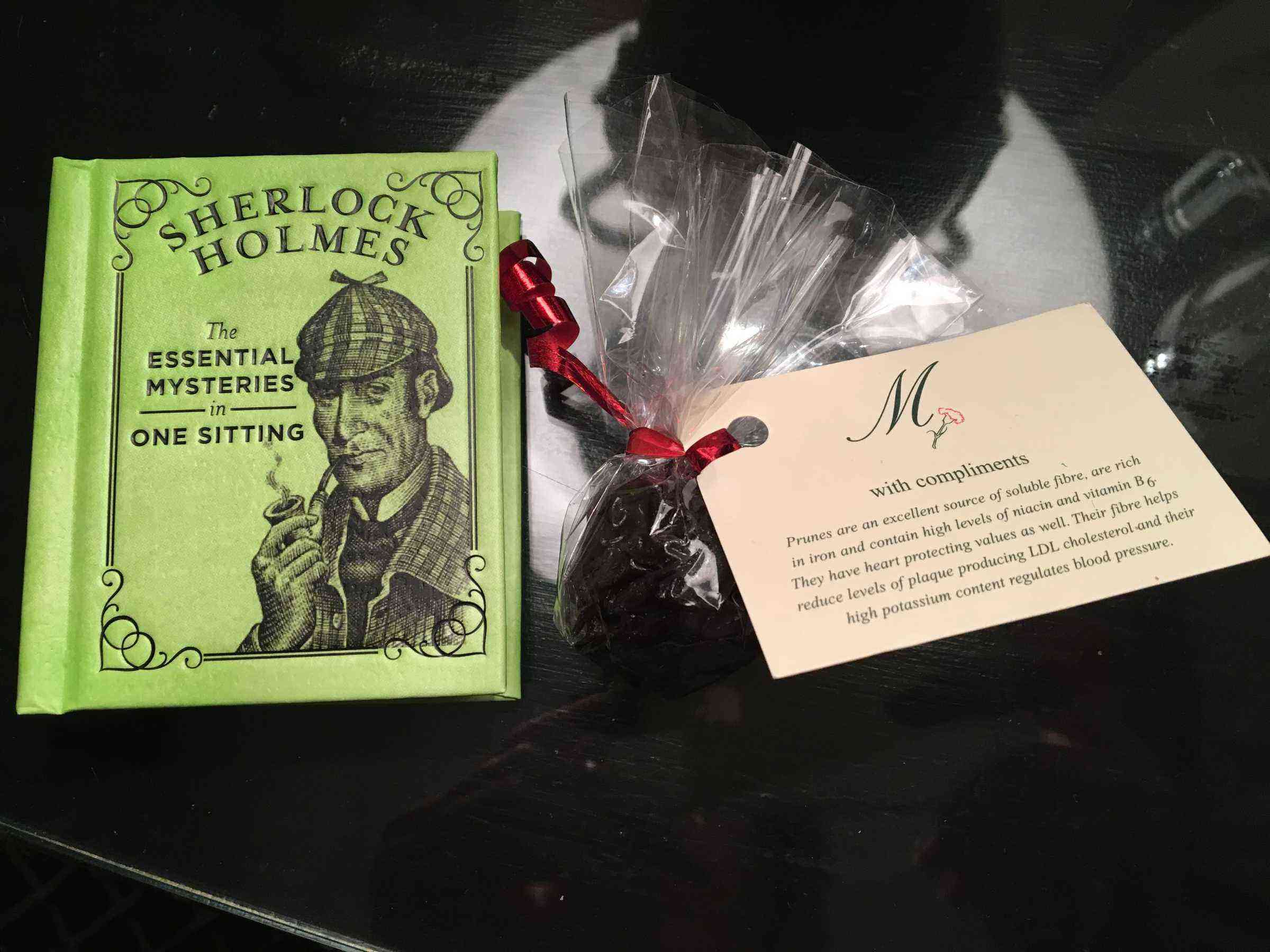 It can be hard to tear yourself away from the comforts of your room, but the neighborhood offers numerous attractions within a few minutes’ stroll. A short walk will take you to the venerated Victoria and Albert Museum, one of the queen’s most enduring legacies. The vast collection spans thousands of years of art and design, from medieval tapestries and Renaissance masterpieces to the fashions of Balenciaga and a multimedia examination of Pink Floyd.

Further inspiration can be found at the Design Museum, recently reopened in a spectacularly refurbished midcentury building on the High Street that once housed the Commonwealth Institute, but had stood vacant for years.

Aside from the big-name attractions, Kensington is filled with hidden gems that are easy for the casual visitor to miss. For a deeper dive into the neighborhood culture and history, your hosts at The Milestone can arrange a walking tour with Blue Badge, staffed by some of the most knowledgeable guides in the city. Over the course of a 90-minute stroll, you might discover the homes of famous writers and philosophers, learn about the working-class roots of now-upscale streets, and find lingering signs of damage from the London Blitz of World War II.

The main attraction for those on a royal tour, though, looms directly across the street from the hotel; for fans of Victoria (both HRH and the show), Kensington Palace is a must-see. The main exhibition is Victoria Revealed, a survey of artifacts from Queen Victoria’s childhood and adolescence there. Victoria viewers might be disappointed to learn, however, that their beloved show was not actually filmed here, nor at Buckingham Palace, which can be an unpleasant crush of tourist throngs. But that creates the perfect excuse to venture north to Yorkshire, where some of England’s greatest estates serve as stand-ins for the royal London landmarks.

Most people associate Yorkshire with the Brontë sisters’ novels or the windswept dales and farming villages depicted in the stories of James Herriot. But this rugged region, anchored by the ancient cathedral city of York, is also home to country homes imposing enough to stand in for two of the country’s best-known palaces. Virgin Rail offers direct high-speed train service from London, so you can enjoy your full English breakfast at The Milestone before you check out and be nearly 300 miles north in plenty of time for afternoon tea (we highly recommend the famed Bettys Tea Rooms). 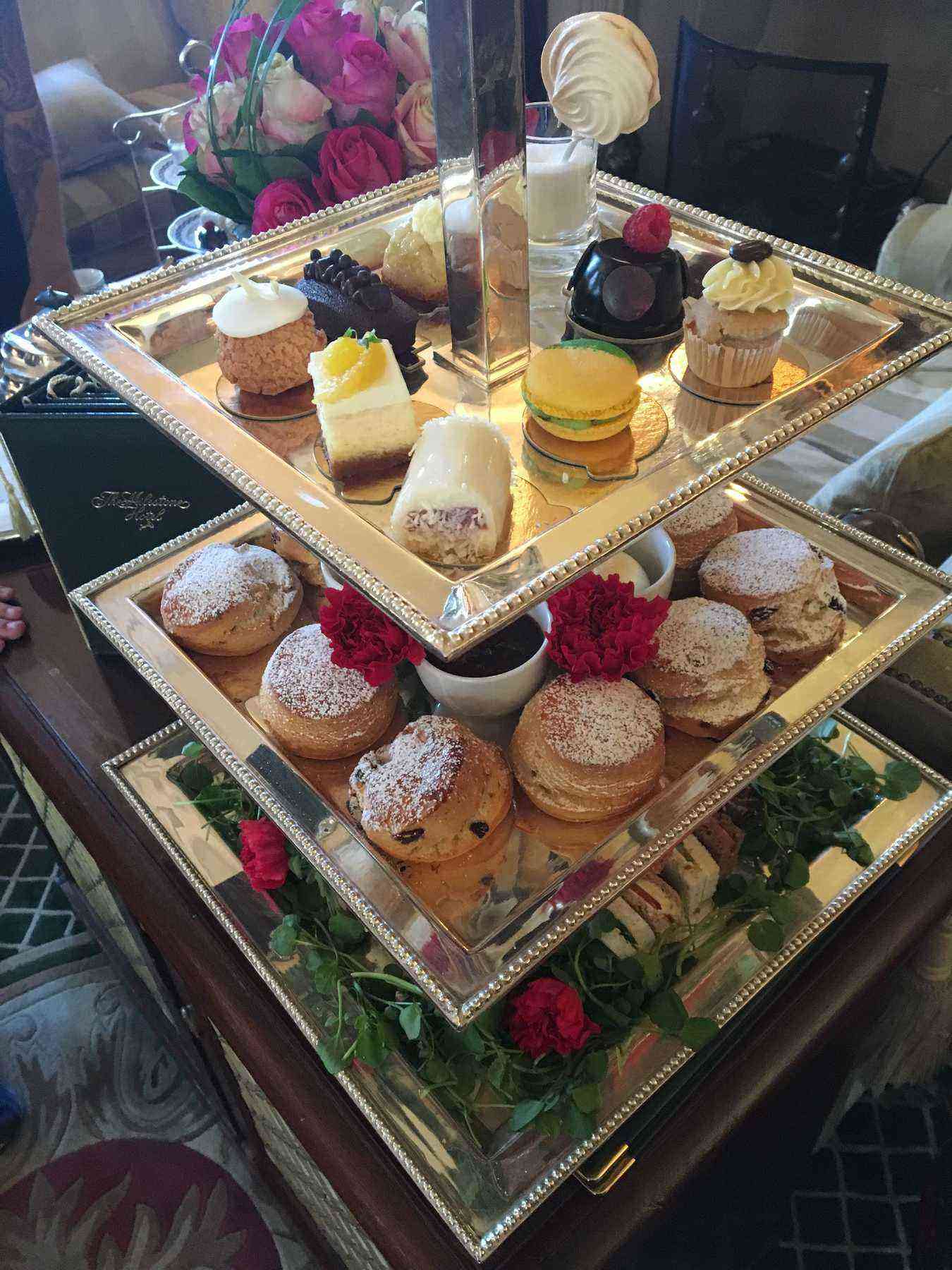 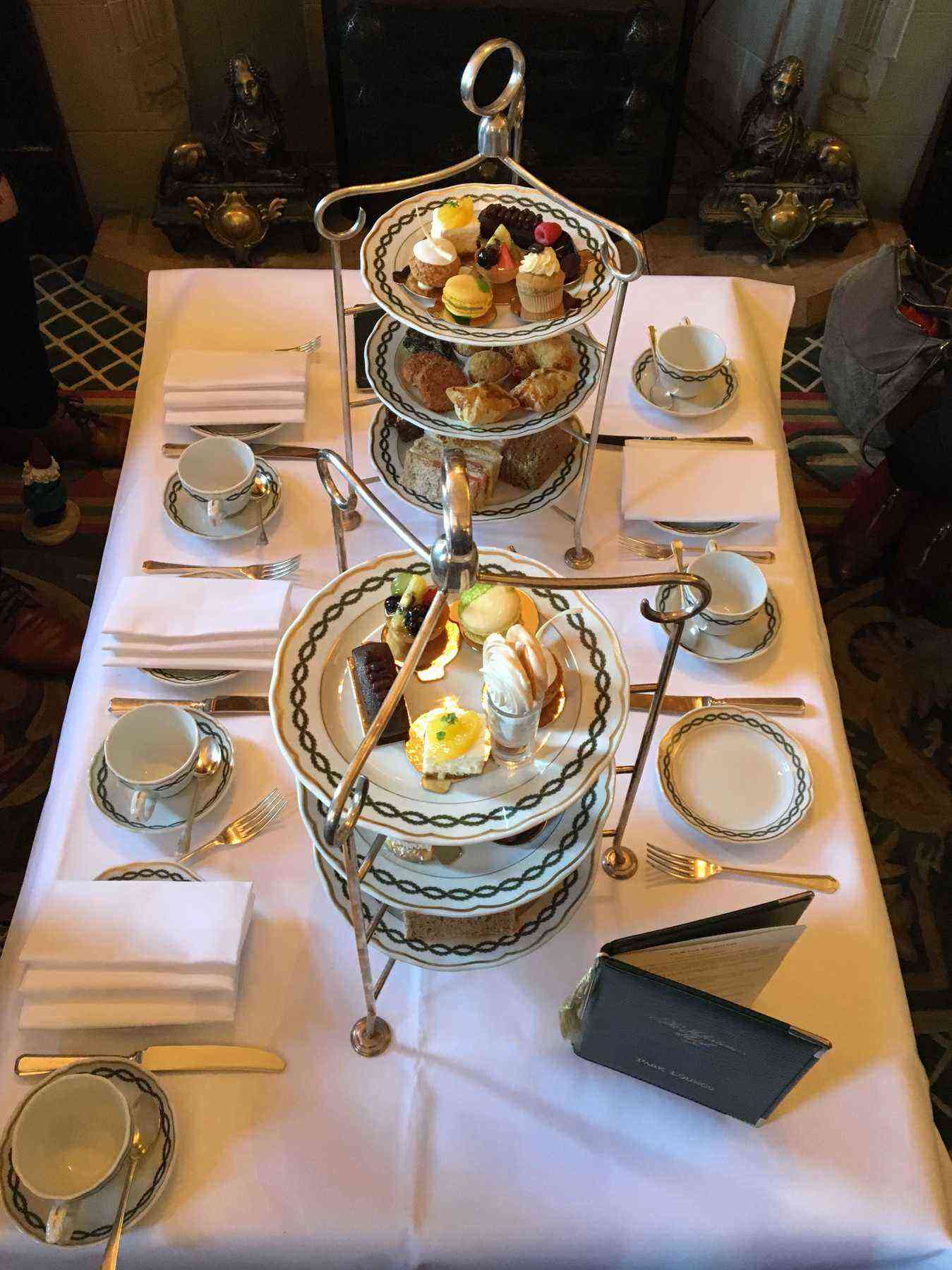 Sitting grandly just outside York’s city walls—portions of which date back to the Roman Empire—and a brief walk from the train station is The Principal, a haven of luxurious tranquility (and more room snacks) and an ideal base for exploring northern England. The compact, walkable city itself is well worth a day or two of exploring, from the top of York Minster (try to time your visit for evensong, to hear the cathedral’s magnificent choir) to the tiny, winding alleys shadowed by precariously tilted half-timber buildings housing chic boutiques and cozy pubs. 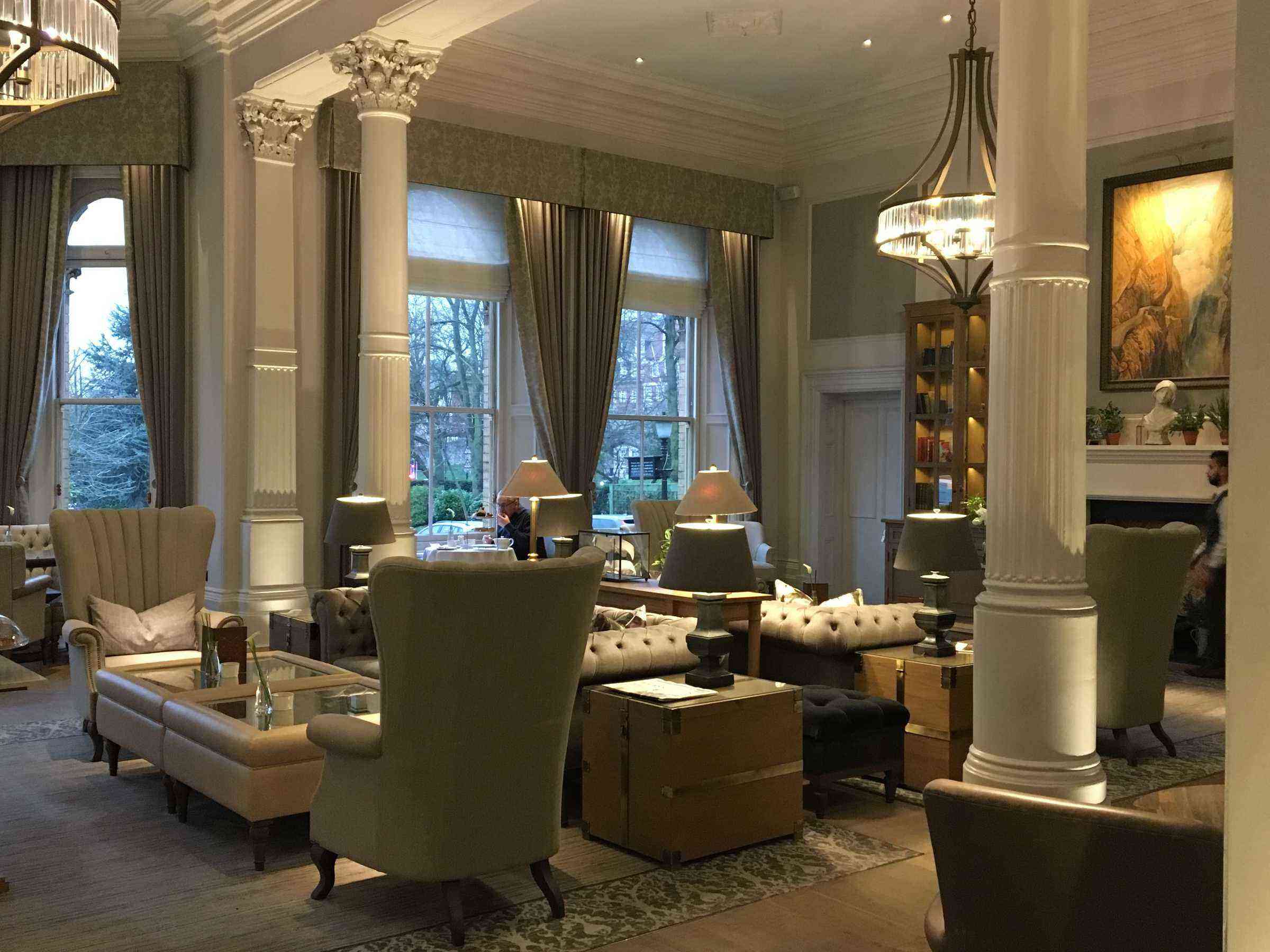 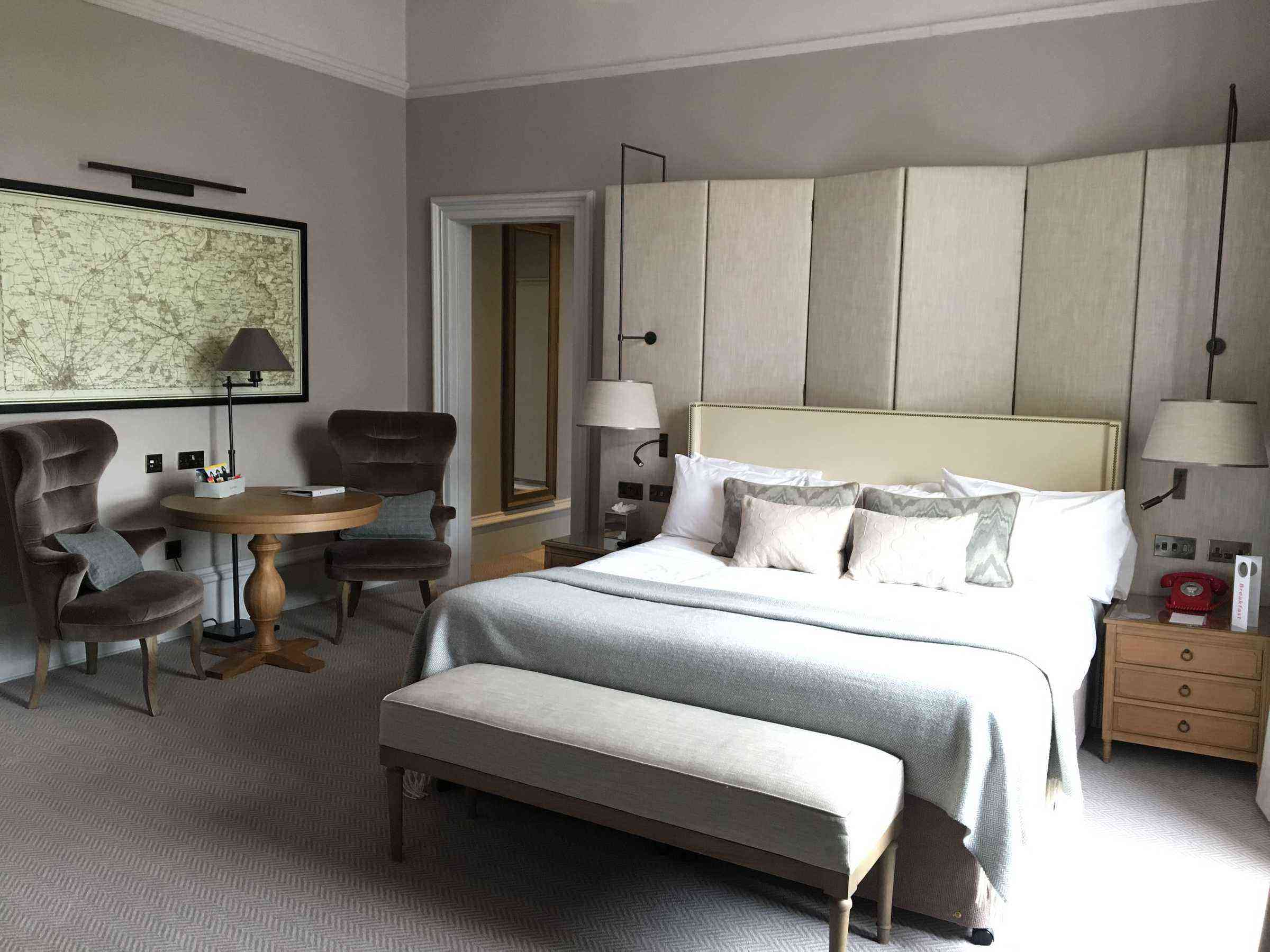 Visiting film locations requires venturing a bit farther afield. Castle Howard, about 30 minutes’ drive or bus ride northeast of the city center, sits regally on more than 8,000 acres of forests and rolling fields; about 1,000 acres comprise the estate’s park, with peaceful woodland paths and manicured gardens. Film buffs might recognize the 145-room manor (privately held by the Howard family for more than 300 years) from Brideshead Revisited and Barry Lyndon; more recently, the interiors have stood in for various chambers of Kensington Palace in Victoria. Interestingly, Queen Victoria was a guest at Castle Howard in real life, making an unpublicized visit there en route to Scotland with her family in 1850. The house and gardens are open for tours (admission information here), but with a robust filming schedule, it’s always best to call ahead to confirm the property is open to the public. 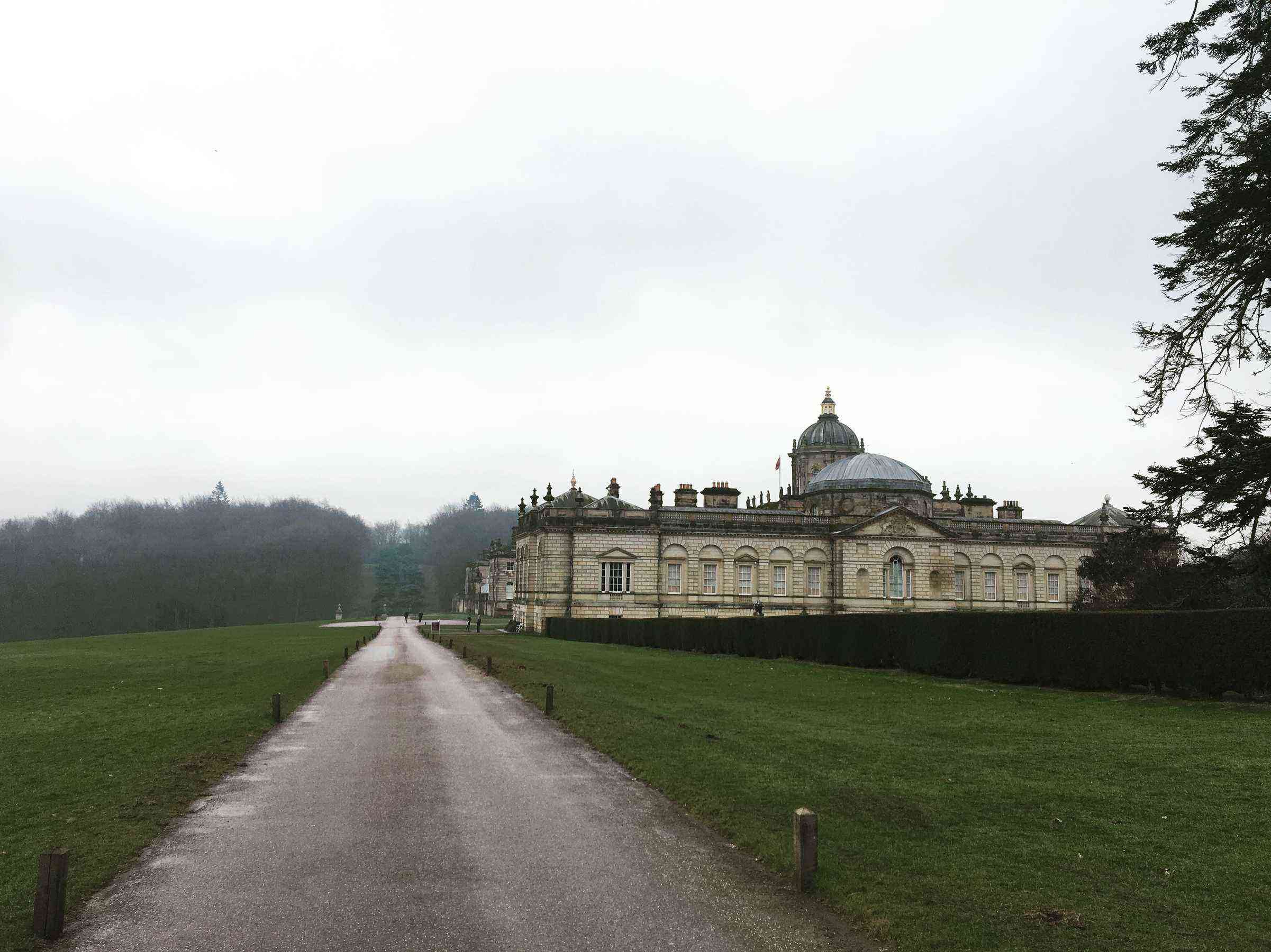 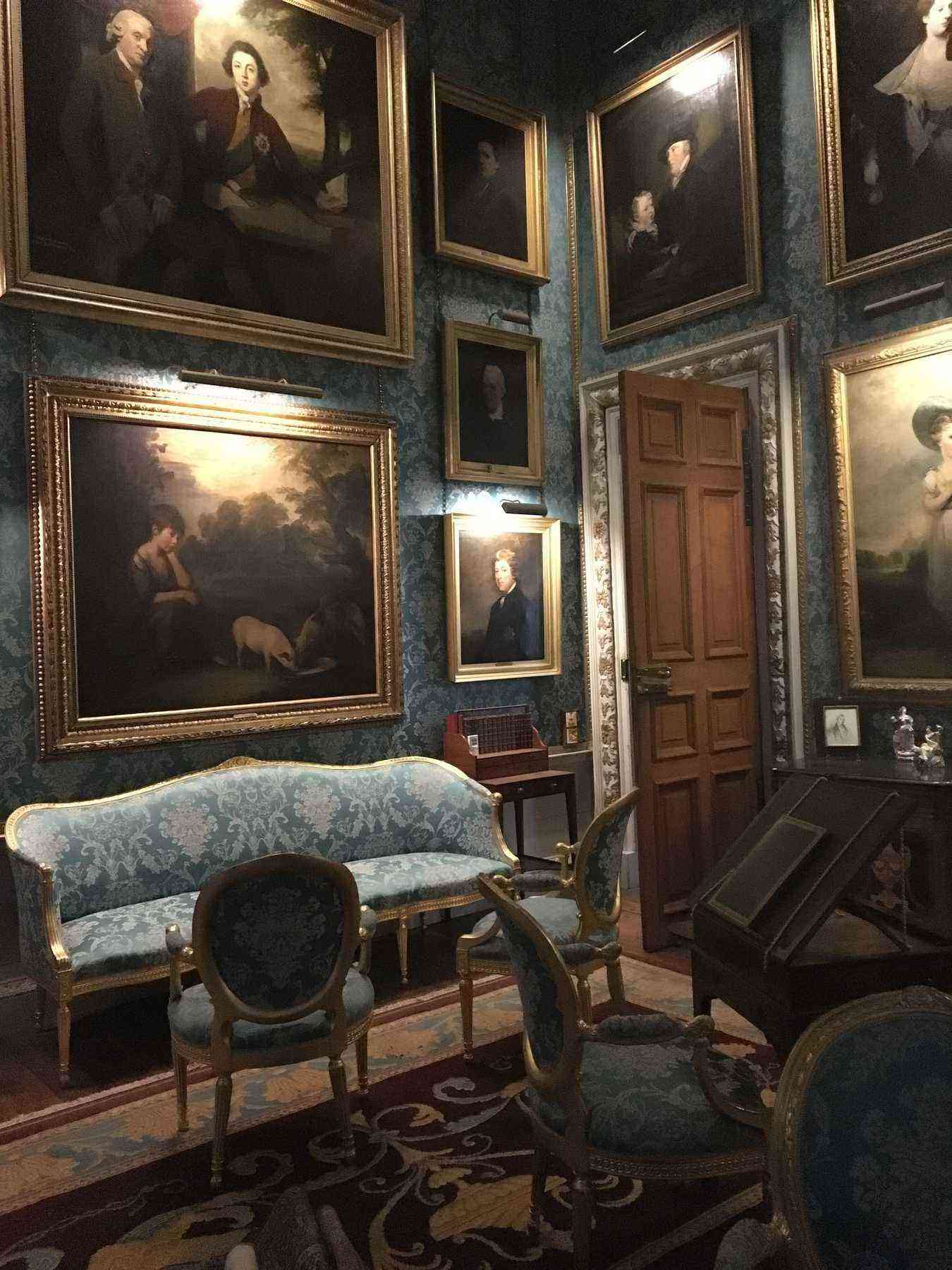 About 40 minutes’ drive southwest of York, halfway between Harrogate and Leeds, lies Harewood House, also an important filming location for Victoria. This 181-room mansion, the private home of the Earl and Countess Harewood, gracefully and convincingly fills the small screen as Buckingham Palace. As with Castle Howard, Harewood House also hosted Queen Victoria (in 1835, when she was still a princess) as a real-life guest. 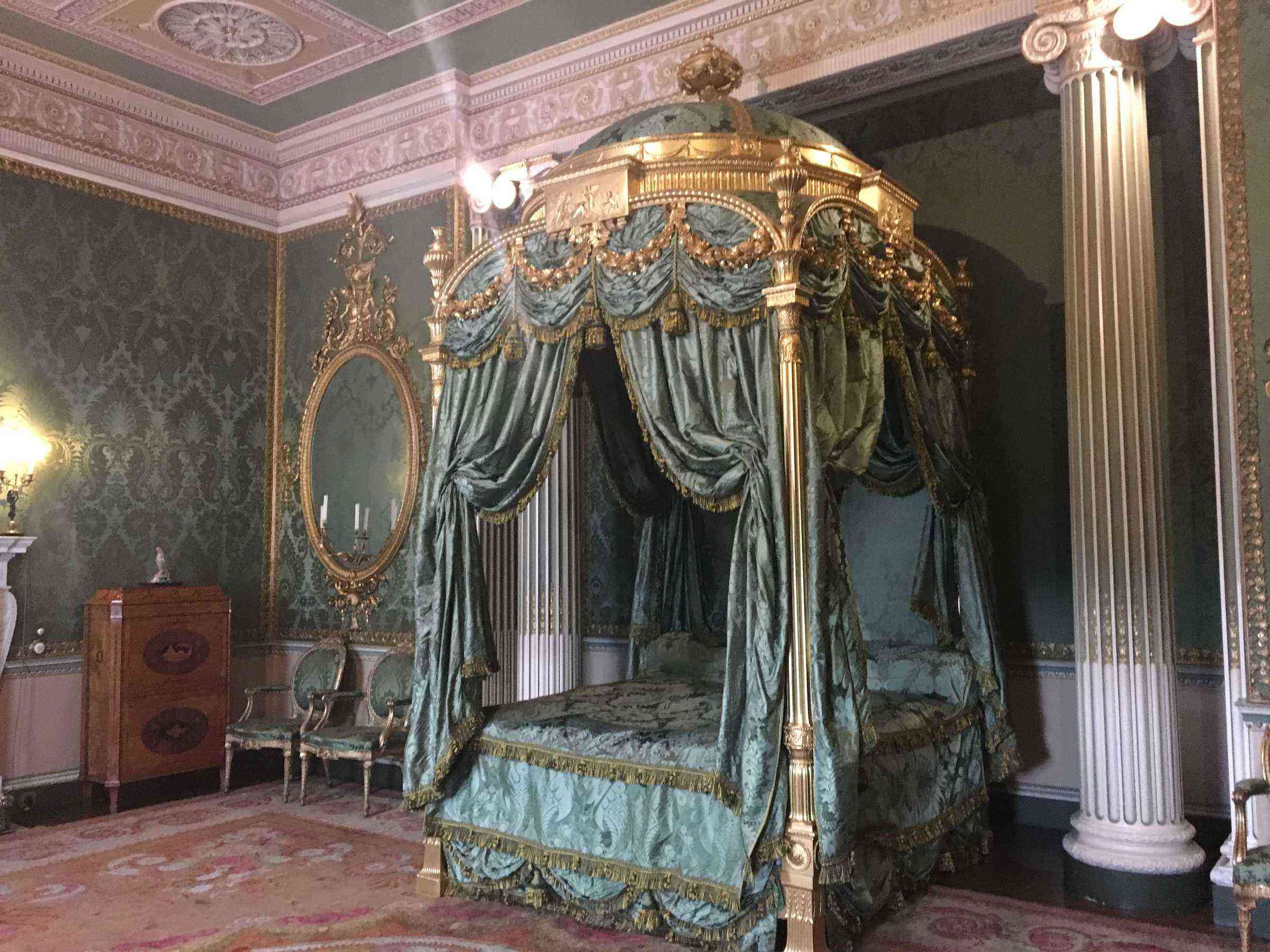 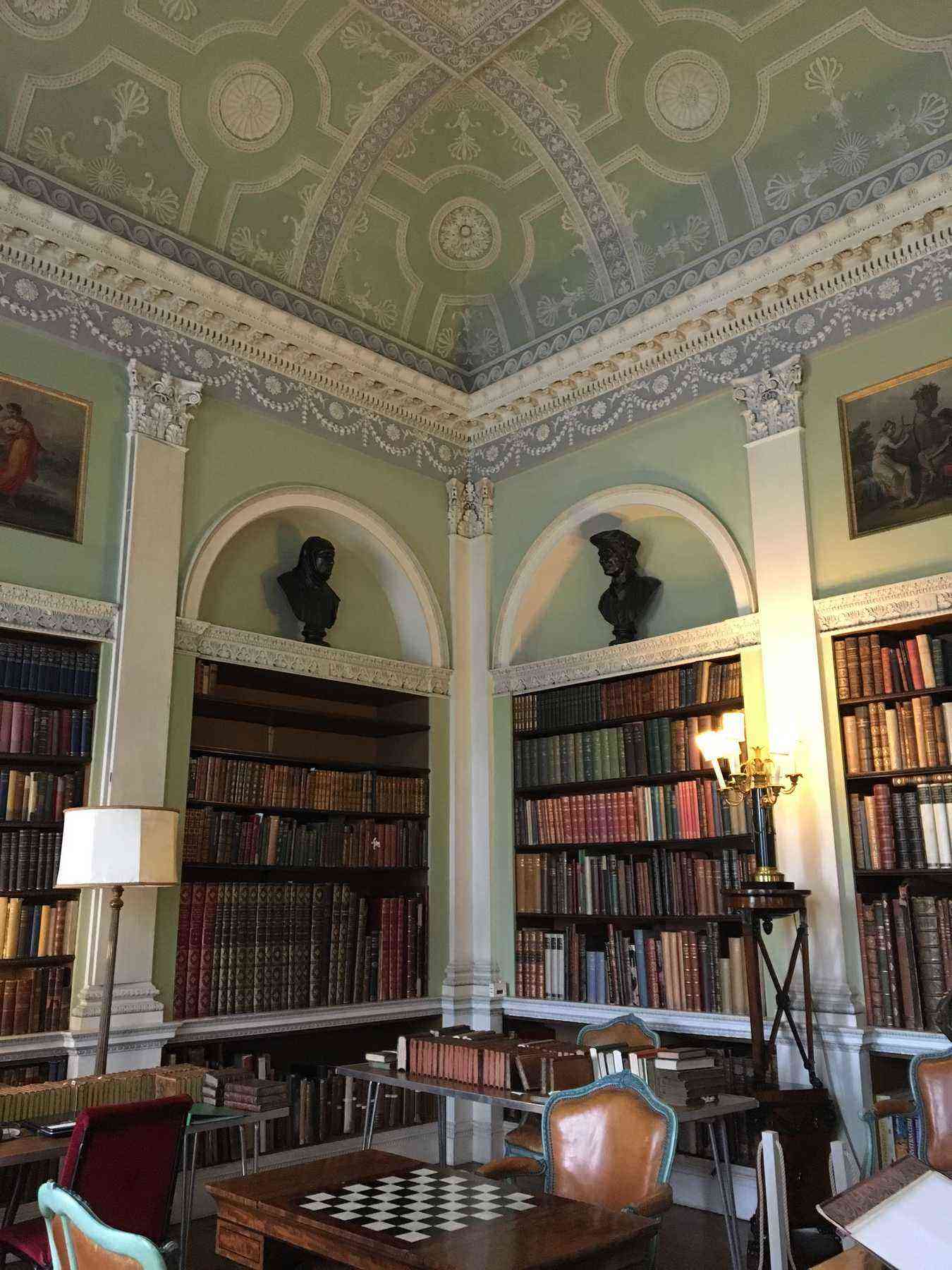 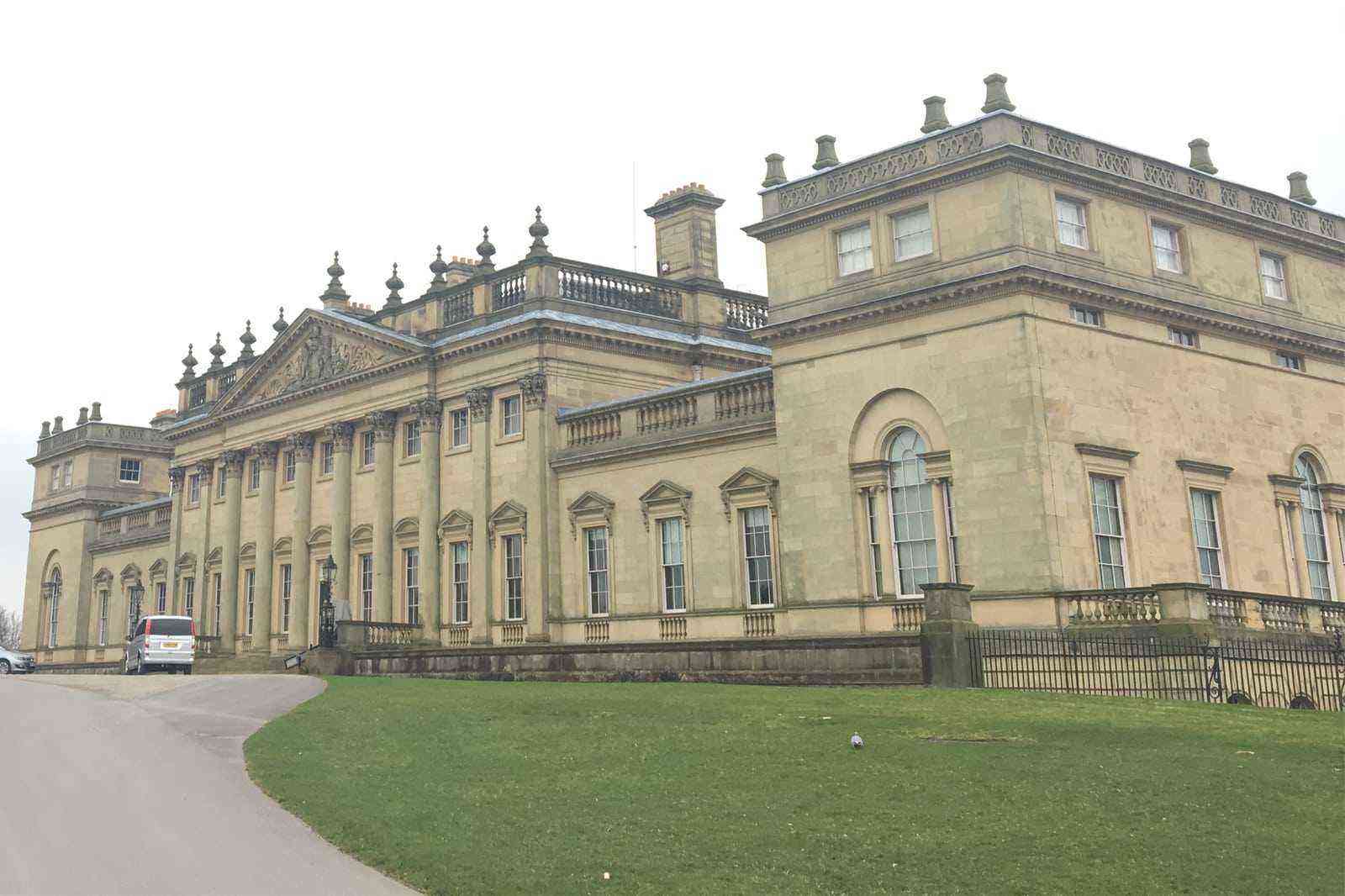 Recently reopened to the public after shuttering to film the second season of Victoria (check ahead of any planned visits to make sure they’re not closed for other film shoots), Harewood House has mounted an exhibition of the splendid costumes from the program, on view through the end of October. The staterooms on the main floor also house an impressive collection of art from the Italian Renaissance and by British masters such as Sir Joshua Reynolds and J.M.W. Turner, as well as modern art collected by the current occupants of the house. In addition, the gardens and parklands surrounding Harewood House are well worth exploring; family-friendly features include an adventure playground, a farm with pygmy goats and giant rabbits, and a rambling aviary filled with exotic birds (including a penguin pool).

If time permits, or if your travel back to York takes you in this direction, an afternoon in the market town of Harrogate, filled with quaint restaurants and upscale boutiques, in addition to the famous Victorian-era Turkish Baths, is a worthwhile stop.

If you’re feeling the pinch from splurging on fine accommodations like The Milestone and The Principal, economizing on transportation is easy now that more budget carriers are offering service between the U.S. and London. Foremost among these options is the newly expanded service from Norwegian Air Shuttle into Gatwick. Their fleet, among the newest in the industry, is equipped with thoughtful features—including mood lighting, larger windows, and setting cabin pressure to mimic a lower altitude, which minimizes jet lag—that make even basic economy surprisingly comfortable. Starting in early September, round-trip fares from New York to London are starting at about $450.