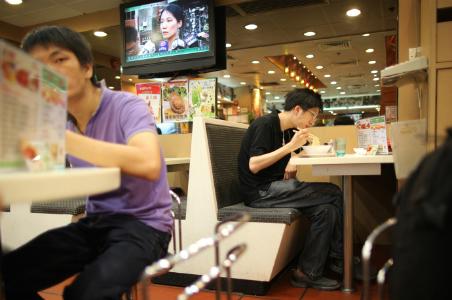 Jiayang Fan’s recent piece in The New Yorker, Eating Alone in China, tells of the ballyhoo surrounding Yanni Cai’s book and series of online videos by the same name. Cai, an unmarried thirty-something former magazine editor based in Shanghai, conceived the idea for the book and videos two years ago after a handful of embarrassing experiences at restaurants where the wait staff disdained her solo patronage and spurned the idea of packing up her leftovers. (The practice of eating alone, particularly for a woman, is an anomaly in a culture where cooking and dining are inherently social functions, centered upon the idea of community.) Since the book’s publication, Cai has invited dozens of ordinary Chinese men and women who enjoy eating alone to share their own cooking methods and foods in a series of handsome, three-minute episodes, which have attracted close to eight million page views. Cai says she hopes that the episodes will show people a different side to eating alone. You go girl! —Kristan Schiller, Editor, Cities and Cultural Destinations

I just read Héctor Tobar's Deep Down Dark: The Untold Stories of 33 Men Buried in a Chilean Mine, and the Miracle That Set Them Free, partly because it's the first book in the new Morning Edition book club on NPR and also partly because I just got back from Chile and am fascinated by everything about the country. I whole-heartedly recommend the book! Tobar weaves together the stories of all the miners and even though we know the outcome, the dramatic tension makes for a gripping tale. —Caroline Trefler, Senior Editor, Cities and Cultural Destinations

I think all of us were touched by the events in Paris last week, especially when we have friends or family living there. A sad reminder that France has been dealing (or in many cases, not dealing) with violence against its Jewish community for quite some time, David Remnick’s “The Shadow of Anti-Semitism in France” in The New Yorker also provides some glimmers of hope that things might finally be changing. —Mark Sullivan, France editor

Cuba is on the minds of more than one Fodor's editor these days. Once things open up a bit more for tourism, I'm sure that the cruise ships will in the vanguard since it's faster to reroute a ship than to build a new hotel. If you're wondering what a cruise to Cuba might hold, this interesting day-by-day article by Barbara Ramsay Orr about a Canadian charter cruise currently circumnavigating the island nation is a must-read. —Doug Stallings, Senior Editor, Cruises and Resorts.

I just recently stumbled across a fascinating New York Times article chronicling every episode of Downton Abbey alongside the newspaper’s articles from the early 1900s about the same events or topics. It’s the perfect piece of reading material to accompany your Sunday evening Downton fix. —Annie Bruce, Digital Editorial Intern