For art fans in particular, Mexico has always been an especially surrealist destination, or at the very least, an environment in which the peculiarities of surrealism have historically flourished. In fact, Mexico is known for having offered refuge to some of the finest surrealist artists of the 20th century at one point or another, from Leonora Carrington to Remedios Varo and André Breton.

However, it’s arguably a Salvador Dalí quote that sealed the figurative deal regarding Mexico’s surrealism par excellence, when he commented after a short visit to the country that, “There is no way I’m going back to Mexico. I can’t stand to be in a country that is more surrealist than my paintings”.

“There is no way I’m going back to Mexico. I can’t stand to be in a country that is more surrealist than my paintings.” — Salvador Dalí

Even for a country with such a rich tapestry of surrealist heritage, there is arguably no place in Mexico more surreal than Xilitla, a tiny town with a tricky to pronounce name, nestled into the southernmost extremes of San Luis Potosí state. Clinging tightly to the hillside, its concrete buildings, some in unappealing shades of grey and others painted in pleasant pastel hues, contrast comically with the nearby natural beauty of the Sierra Gorda, Querétaro, which has some of Mexico’s most panoramic and spectacularly scenic vistas and an almost baffling number of butterflies.

Yet while Xilitla remains a rightly recognizable name and has a flourishing reputation as one of Mexico’s coolest places to visit, it is nowhere near the area’s main attraction. In fact, that accolade lies with Mexico’s iconic surrealist sculpture park, Las Pozas, located in the heart of the San Luis Potosí jungle, just five minutes outside of Xilitla’s unassuming town center. 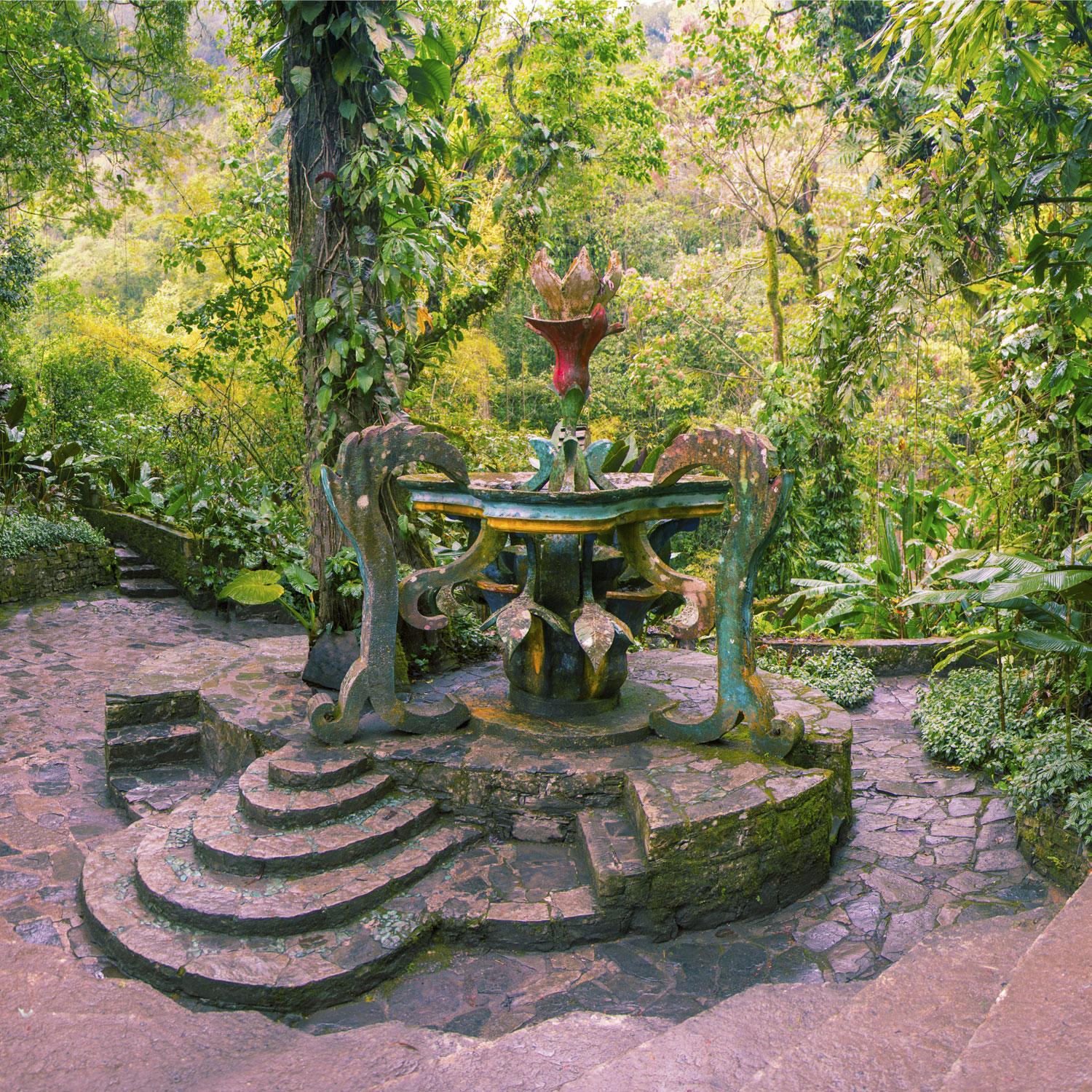 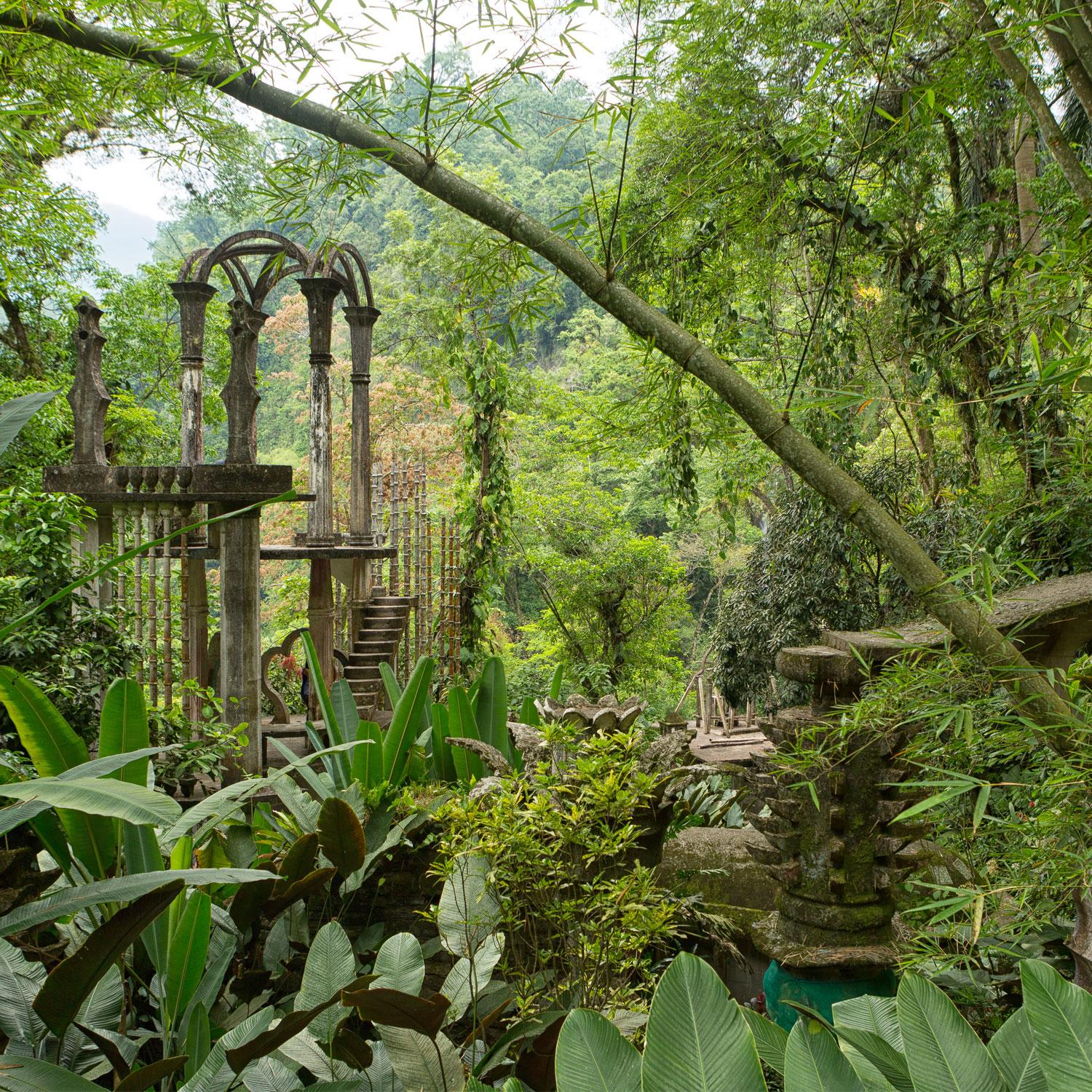 The brainchild of British eccentric Edward James, Las Pozas is a fantastical fantasy world with a history just as expansive and intriguing as the present-day site itself, and this overly-ambitious project has been drawing national and international tourism at a slow but steady rate to Xilitla and the surrounding areas since 2007.

Las Pozas was originally envisaged as what some might consider an oversized adventure playground.

Constructed by James and his long-time friend and collaborator Plutarco Gastélum Esquer (to whom the plot reverted upon James’ death in 1984, alongside 68 local tradesmen), Las Pozas was originally envisaged as what some might consider an oversized adventure playground for its creator. Between the years of 1944 and 1960, the land was earmarked for the cultivation of his beloved orchid collection, as well as a home for his many exotic animals, with James and Gastélum somewhat slapdashedly constructing pens for the latter across the 40-hectares of the former coffee plantation that makes up the modern-day Las Pozas.

However, in 1960 the tide changed on James’ creative vision and he began to dot the landscape with what at first glance appear to be half-finished edifices bearing no apparent purpose. Instead, the castles feature staircases that lead nowhere, walls that reach out tentatively into the jungle beyond before abruptly coming to a stop, and doors which remain ostensibly shut.

It does seem that there was, perhaps, some method to the madness of Las Pozas, which is known for giving each sculpture deliberately tricksy, nonsensical nomenclatures such as The House on Three Floors Which Will in Fact Have Five or Four or Six. 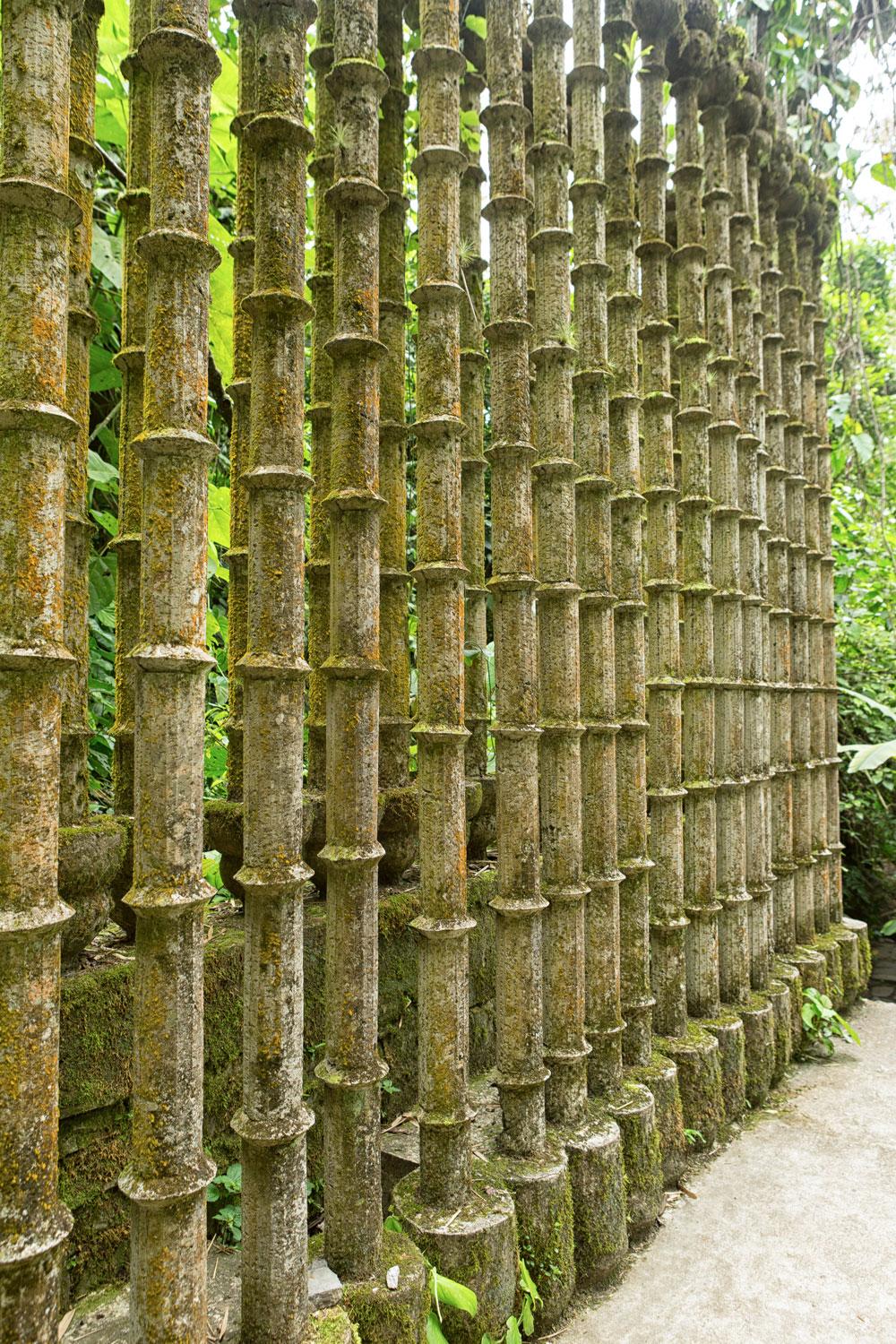 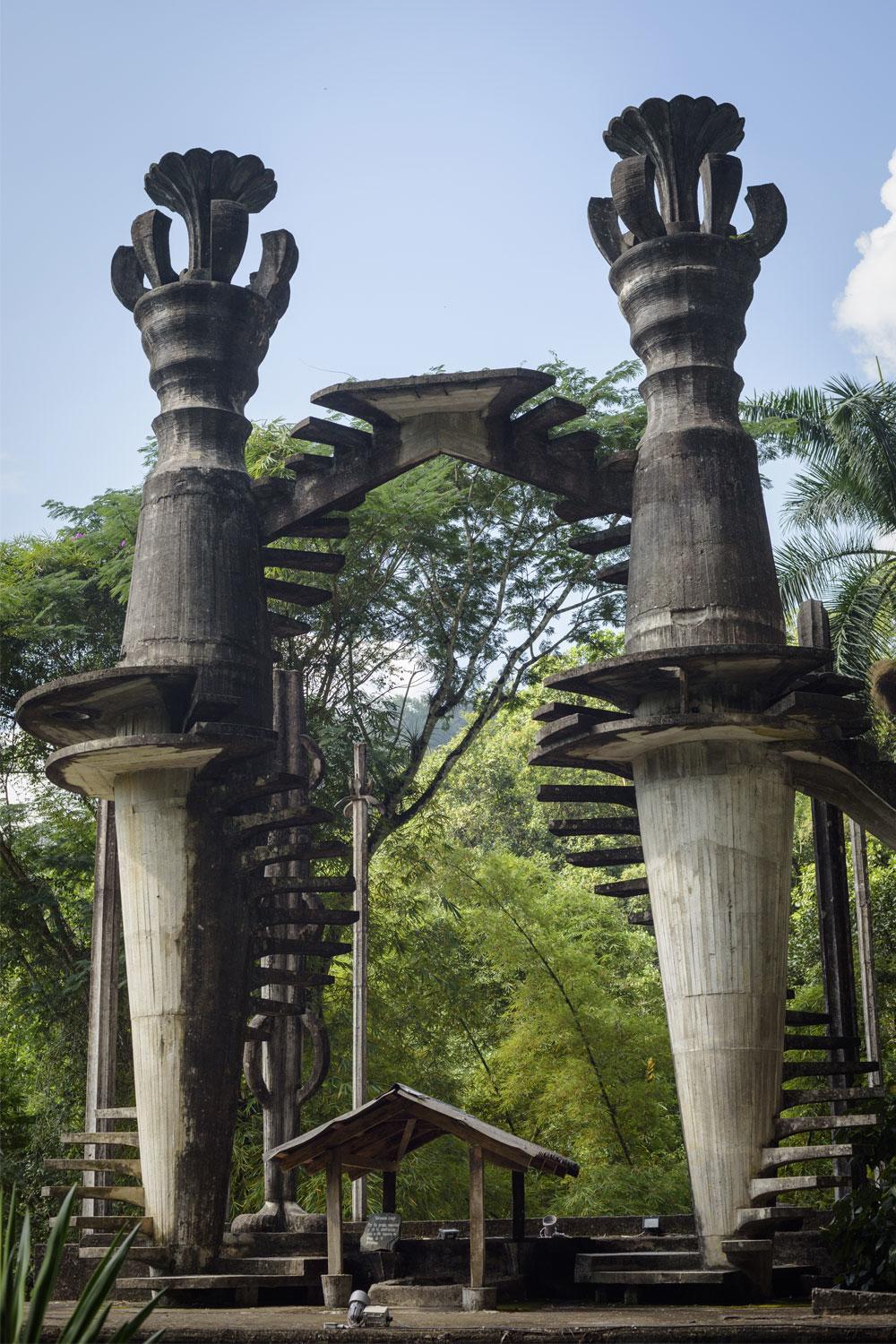 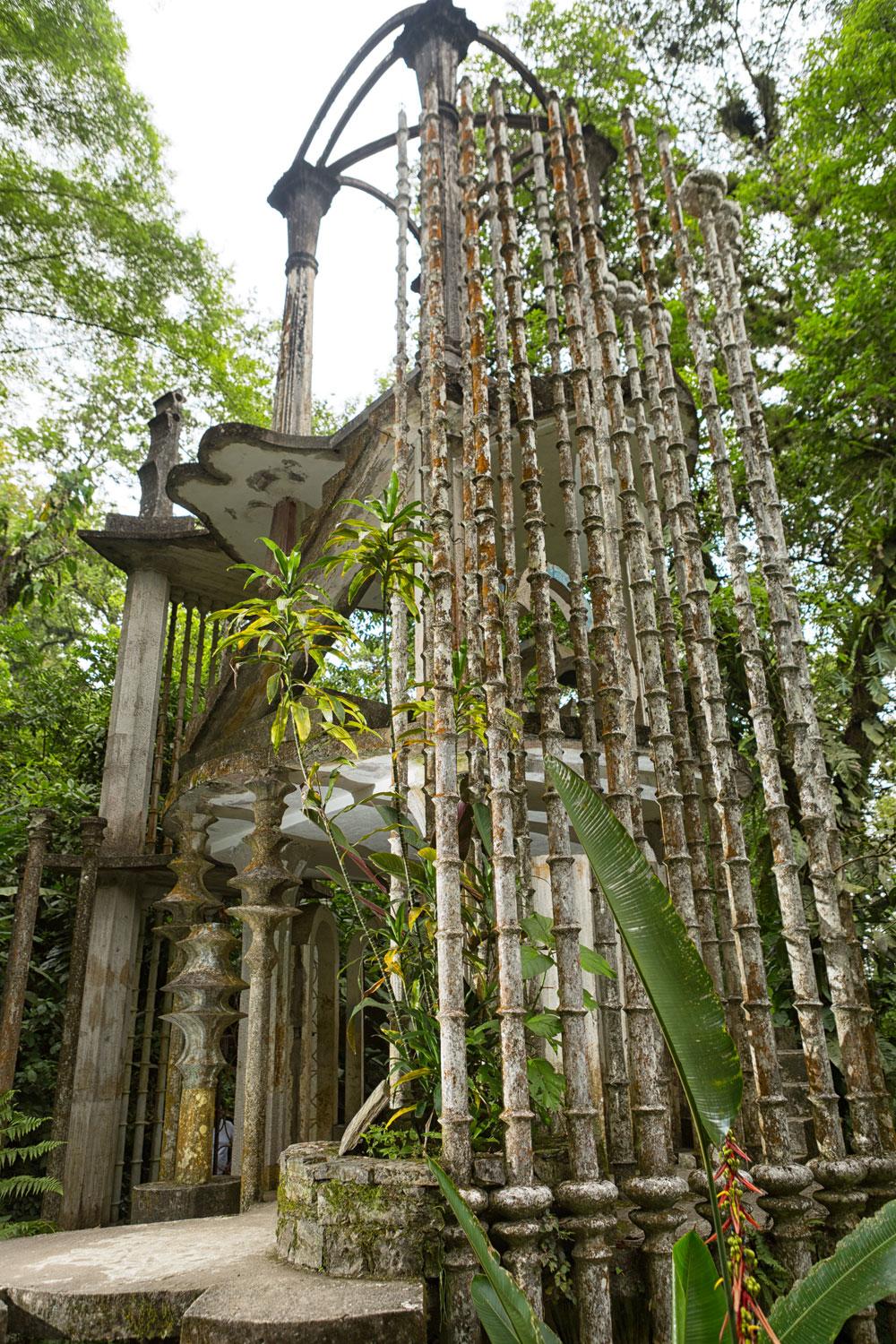 The walkways, lined by huge concrete hands, ubiquitous giant ferns, or tall poles of bamboo, are threaded through and around pools and naturally formed waterfalls. Time has helped add coherence to the place, as nowadays, vine-covered structures, archways, and bridges which would likely once have looked out of place now give the illusion of having sprouted from the ground.

INSIDER TIPVisit during the Mexican summer holidays at your peril, as rather than having the place to yourself, you’ll find yourself surrounded by visitors with selfie sticks. 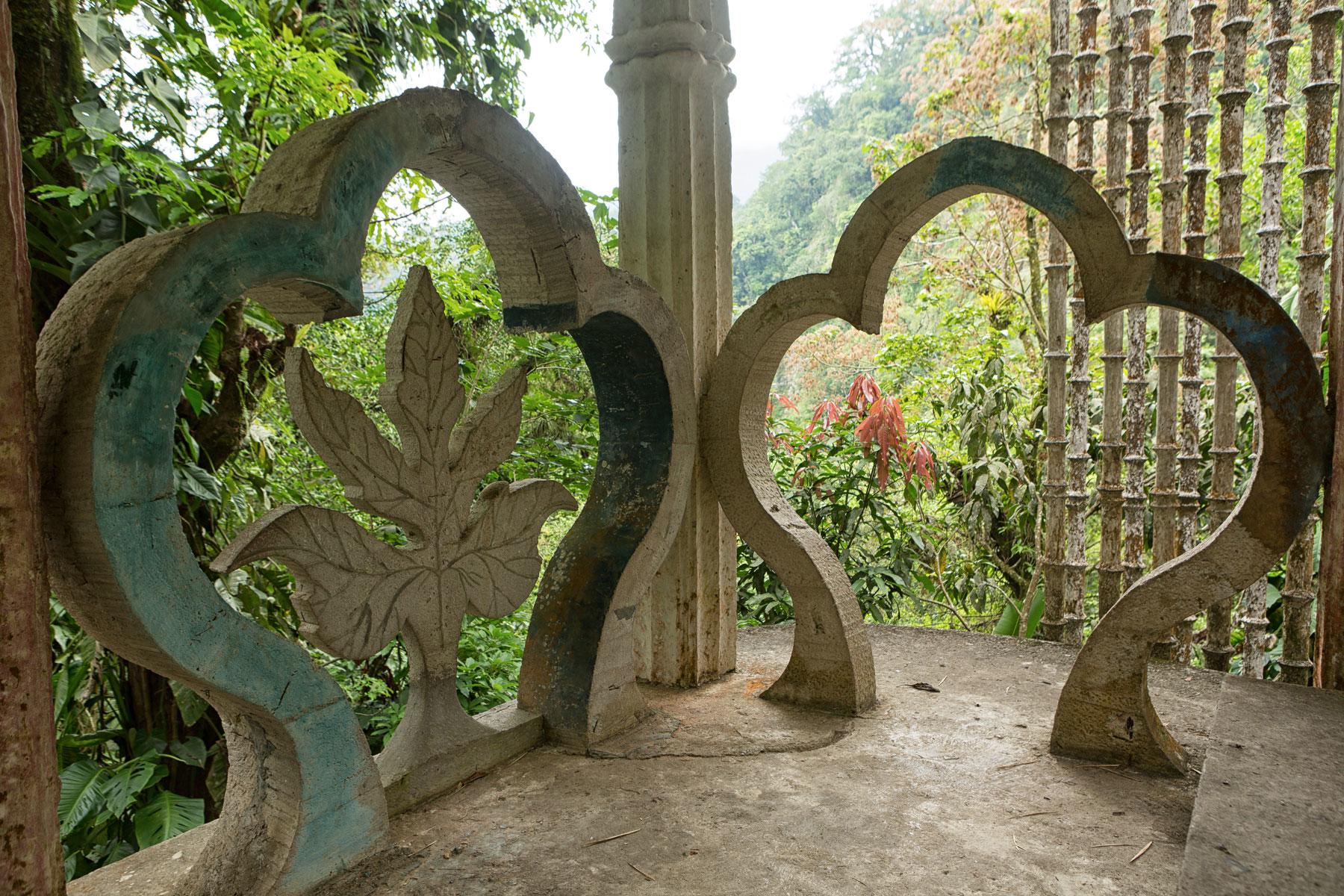 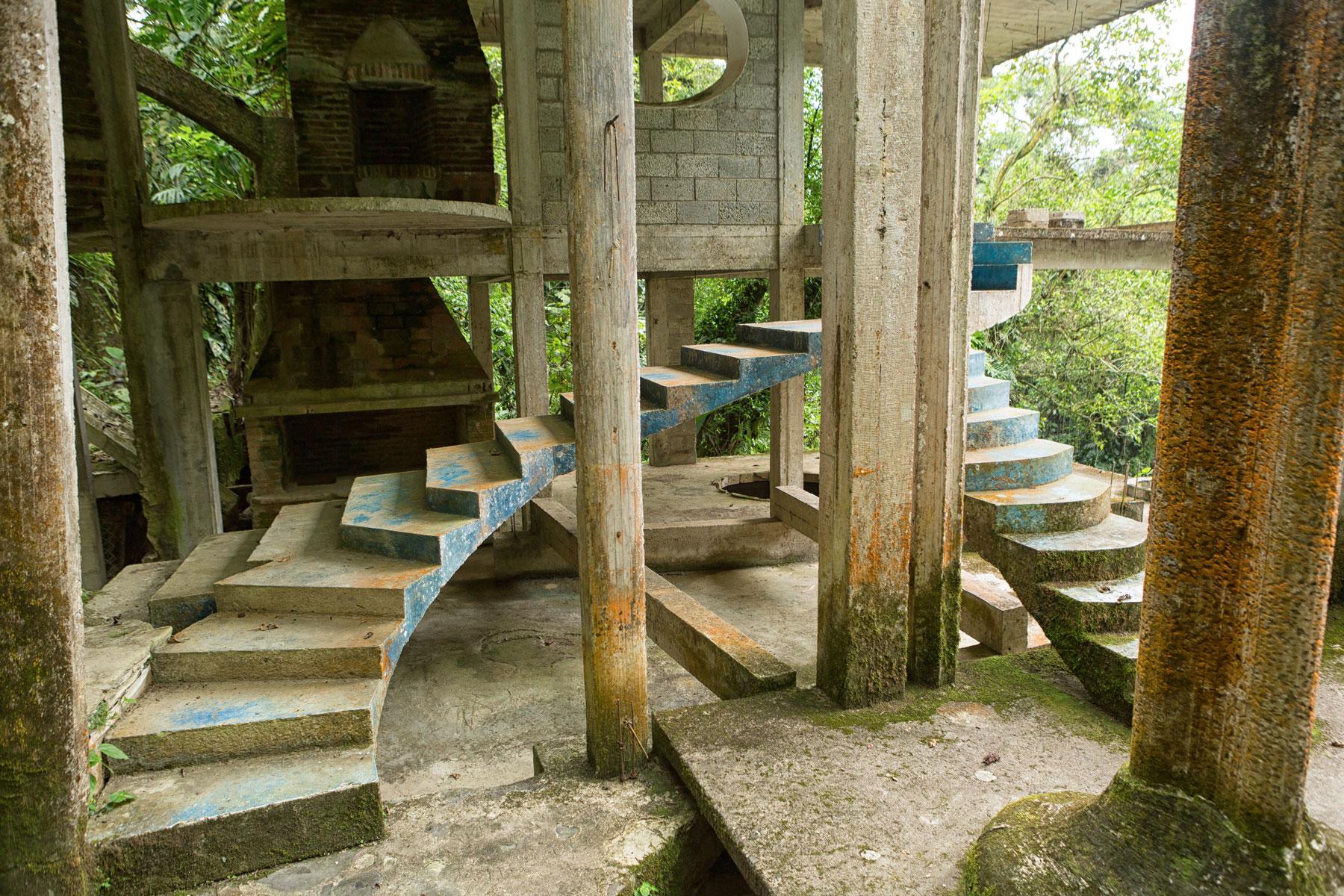 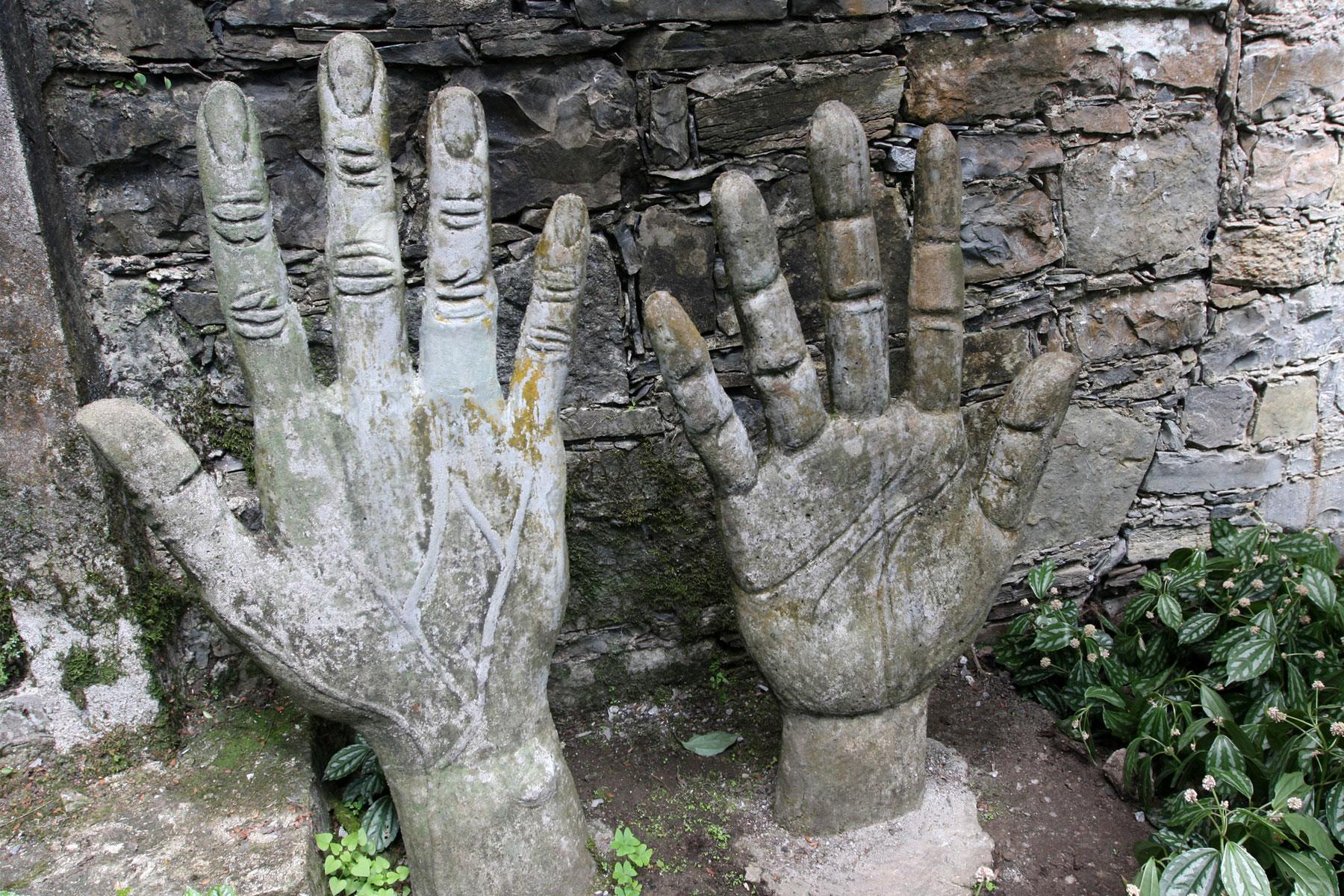 While Las Pozas steals the surrealist headlines in this tiny San Luis Potosí town, Xilitla itself shouldn’t be overlooked. Despite a drab grey exterior, with the odd pastel tone thrown in to liven up the place, Xilitla has its own peculiar brand of surrealist charm. In fact, many of the half-constructed buildings, with iron rods that peep into the clouds and roof terraces that climb towards the heavens, are reminiscent of the Edward James sculptures themselves: unfinished, juxtaposed against the backdrop of lush jungle which hides the magic of Las Pozas in its mi(d)st.

Objectively austere and secretly surreal then, Xilitla is more than meets the eye, making it a must-see for any surrealist fan in Mexico, the country to which even Dalí couldn’t bear to return.