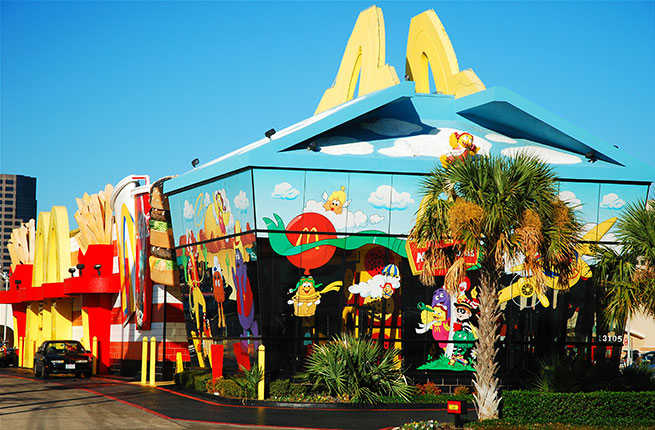 These McDonald’s locations will make you go, “What the hell is this? This is not a McDonald’s!” Except it is. These are the fanciest McDonald’s restaurants in the world.—Audrey Farnsworth 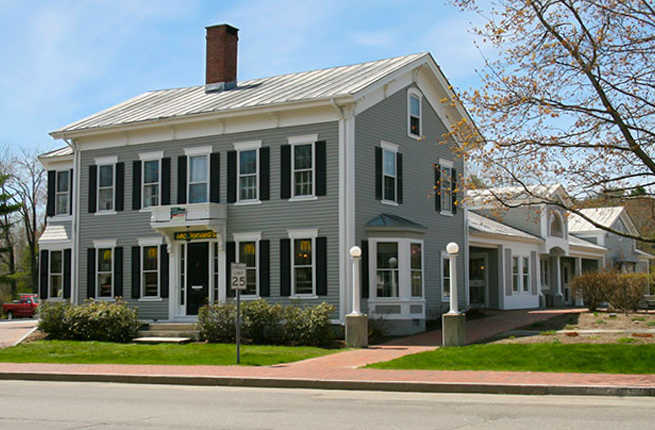 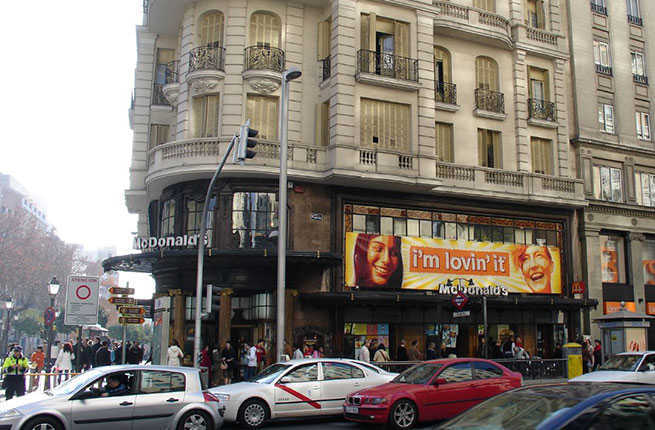 This McDonald’s looks like an actual palace on a street of other historical buildings that also look like actual palaces. They sell chocolate-dusted cappuccinos, which are fancy drinks that aren’t typically sold at McDonald’s. This location is a bit more “regular café” than “McDonald’s, the fast-food restaurant.” 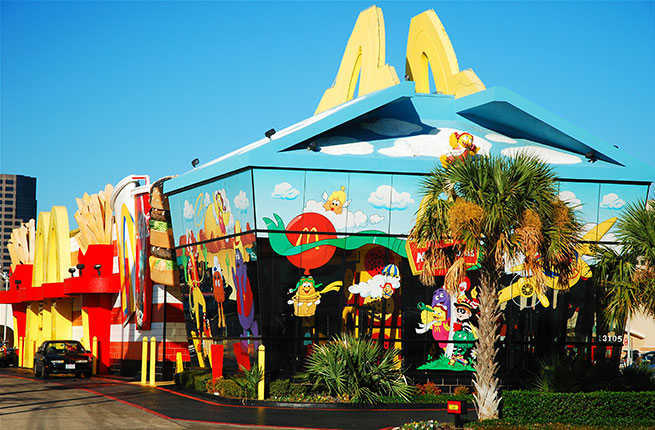 This McDonald’s is a gigantic happy meal, and inside is the biggest McDonald’s Playplace you’ve ever seen. For being so gargantuan and generally goofy looking on the outside, the inside is startlingly fancy, decorated with Ralph Lauren wallpaper, mahogany booths, and crystal chandeliers for some reason. We have no idea what is going on with this McDonald’s, but it is excellent. 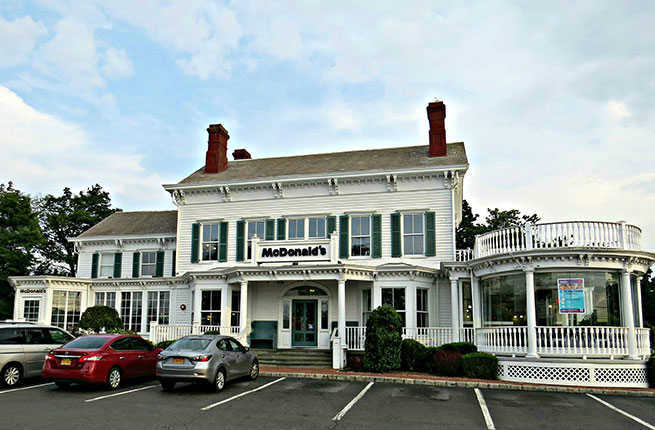 This is another house-shaped McDonald’s, except this McDonald’s is shaped like an actual mansion. They’ve got a grand staircase. They’ve got a glass-enclosed porch. If ever you’ve wanted to visit a mansion and a McDonald’s at the same time, this is your lucky day. 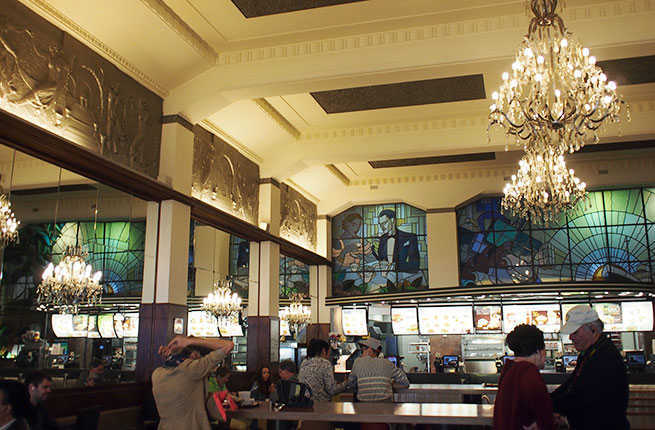 McDonald’s With an Eagle on It

Housed in a building from the 1930s, this McDonald’s is immediately confusing, as there is a gigantic and very regal looking eagle statue sitting atop the sign. Inside, it is, of course, decorated with stained glass, chandeliers, mirrors, and other things that aren’t supposed to be inside of a McDonald’s. 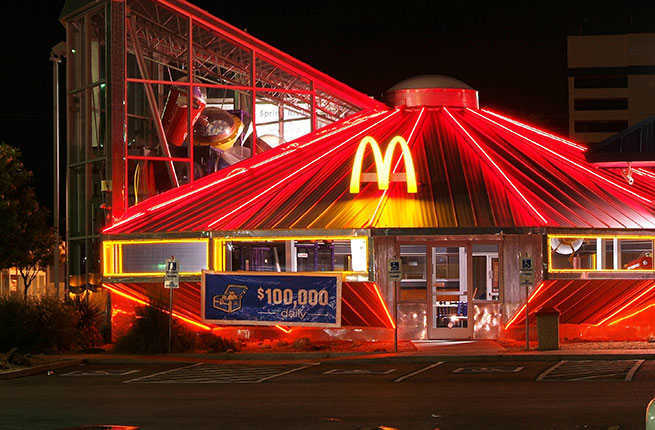 This McDonald’s is shaped like an actual spaceship, which isn’t surprising because of Roswell’s history of UFO activity. 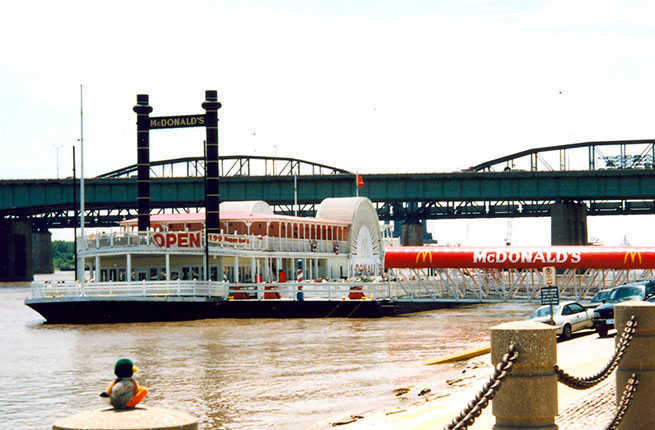 This McDonald’s is a river boat, on the Mississippi River. It’s a whole boat and also it is a McDonald’s. 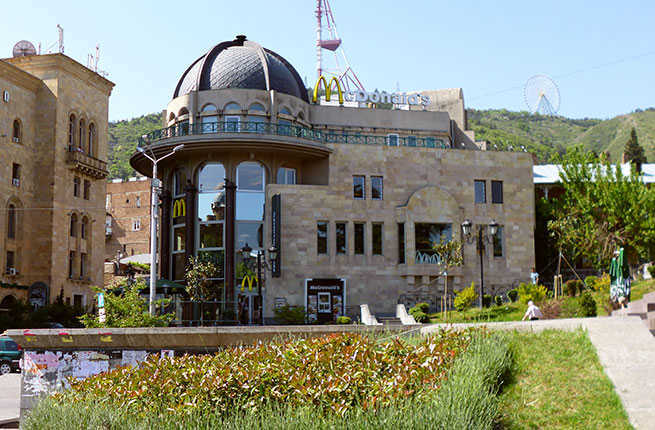 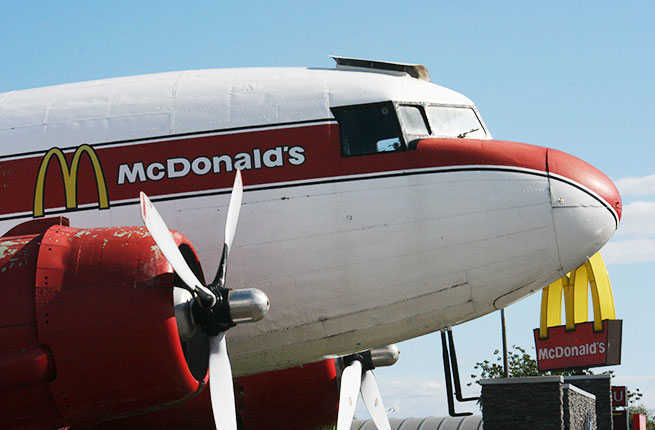 McDonald’s With a Whole Plane Attached to It

This McDonald’s has a whole decommissioned plane as part of the store for some reason. You can even eat on the plane, if you enjoy eating McDonald’s on an airplane without the whole “flying” part. Before it retired and moved into a McDonald’s, this plane was one of three used by South Pacific Airlines, from 1961 to 1966. 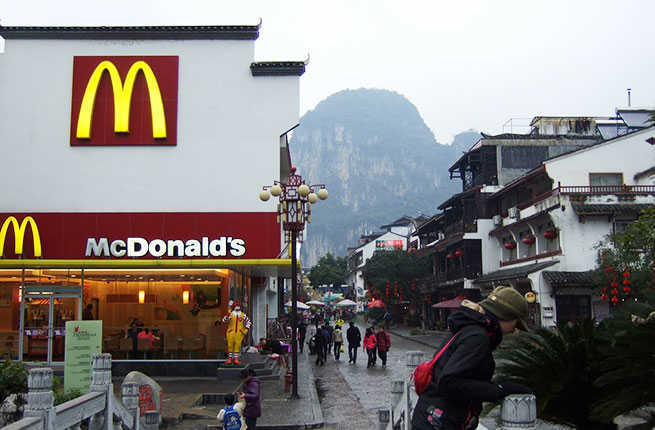 McDonald’s in the Mountains

Nestled in the gorgeous, remote landscape of the scenic province of Guangxi in Southern China is…a McDonald’s. This particular McDonald’s is more exotic than most—it has its own bridge.