It’s been a decade since David Lebovitz, former Chez Panisse pastry chef and celebrated cookbook author, bid adieu to his adoptive San Francisco in search of new adventures in Paris. Before long, he carved out his own engaging corner of the Internet with his eponymous and wildly popular blog, acclaimed both for its unobscured, humorous depictions of expat life in Paris and its wealth of recipes from his travels. He has risen to become one of the leading voices on French cooking, dining, and living.

He expounded on his experiences with his much-loved memoirs, The Sweet Life in Paris (2010) and is back, after a few years of dutifully toiling in the kitchen, with all new anecdotes. My Paris Kitchen, his just-released seventh book, combines his astute brand of storytelling with more than 100 new recipes, a well-rounded formula that he feels reflects what readers are looking for in cookbooks today.

We sat down with the Paris local to understand how the food landscape is changing, how he travels, and which destinations, beyond France, he dreams of exploring next.

After 10 years in Paris, how does the city continue to inform your work? 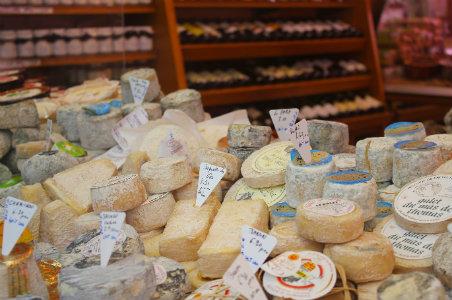 I get inspiration actually just from walking around the markets. Paris is a very visual city; there are a lot of storefronts and every bakery, butcher, and cheese shop has a beautiful window, so it’s easy to take it all in by just walking down the street. The longer I’m here, the more I know how to navigate the market. Just the other day, I found bear’s garlic and a French woman behind me asked what it was. I explained and then she followed me all through the market, asking me what to buy! So that creates great stories.

Between the rise of neo-bistros and street food, what do you think has been the most exciting development in Paris's food scene?

I think it’s the relaxation of what defines a restaurant or a bistro. There’s a more casual eating style and a lot of the old rules are gone in favor of friendliness, good food, good service, and being accommodating to diners. The staff at these new-wave bistros can talk to you in detail about everything you’re eating and are genuinely interested in your experience.

The recipes in My Paris Kitchen both revisit the classics and offer a glimpse into the way Parisians are eating today. Can you describe your approach?

It’s interesting because if someone were to ask me if this book were about French cuisine, I’d say, “No, it’s about my cooking.”

My cooking includes a lot of French cuisine, of course, since I live in France and love a lot of the classics, but I also cook differently than a lot of French people. I cook Mexican and Korean food for French people and I don’t dial down the spices because I think that’s the authentic flavor of the food—it’s like making a beurre blanc without the beurre (ce n’est pas possible!). But there’s generally a lot more openness now for these flavors. So the book isn’t a love letter to the classic French bistro—it's a reflection of what’s happening in France, Paris, and my own kitchen.

Paris may be home, but your travels take you further afield. What has been your most memorable experience outside of France?

Traveling to the Middle East, because it’s so different from everywhere in Europe. Going to Jerusalem and seeing the old markets, going up into the mountains in Lebanon and watching people make flatbread called Saj on cushions, it was fantastic.

What are some of your favorite hotels in the world?

I love the Lausanne Palace in Lausanne, Switzerland. I’ve been there a lot because we stay there with the group I take on culinary tours. It’s beautiful and very Swiss: They’re not intrusive and it’s elegant, but not stuffy. And I love the breakfast they serve. I also loved the Four Seasons in Beirut because when I went there, they took me down into the kitchens to watch them make all the morning pastries from scratch using Za’atar and a variety of Middle Eastern ingredients, which was a really lovely experience.

Which of your travels has inspired you to cook differently or experiment with different ingredients?

Italy. I’m very attracted to the Italian cuisine because it’s the way I like to cook—I like vegetables, I like olive oil—and it’s very Californian, in a lot of ways. French cooking is very vertical in that there are certain vegetables and ingredients that you must use, whereas the Italians are more open. They make pasta with different flours and use many different products. This [he points to a bottle on his kitchen counter] is a Sardinian beer someone gave me that has chocolate in it and I said to myself, “I don’t think anyone is doing beer with chocolate in it in France!” So every time I go to Italy, I learn something and bring stuff back that, of course, might inspire new recipes.

Where do you eat when you return to San Francisco?

I usually go to Mexican places like Pancho Villa, probably the world’s cleanest taqueria, Nopalito, and Nopa. I also go to Chez Panisse in Berkeley, which is always incredible, Zuni Café, and Cotogna, where everything is cooked in the wood oven, which really isn’t done in Paris!

What are your overall favorite food spots in Paris? 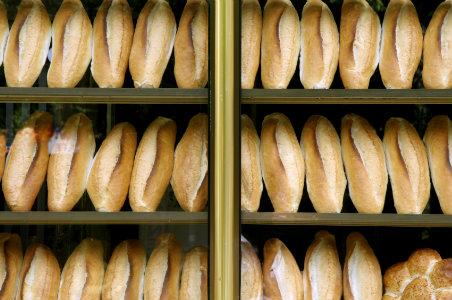 I love Le 6 Paul Bert (6 rue Paul Bert, 11th Arondissement, 011-33-1-4379-1432) because everything from the service to the food is reliably great. Just around the corner from there is L’Autre Boulange (12 place de la Nation, 12th Arondissement, 011-33-1-4372-8604), an amazing organic bakery. And of course, Poilâne is still great after all these years. Watching them bring out all their loaves of bread from the oven is incredibly moving to me. You get accustomed to seeing Poilâne bread in Paris but when you see the process, you know it’s really something special.

What is the first thing you pick up upon arriving in a new place?

I actually get coffee! I like cafés and observing the people in them because I think you can really get a feel for a place that way. If you arrive in Paris at Gare de Lyon and go across the street to L’Européen, you’ll instantly know what I mean. 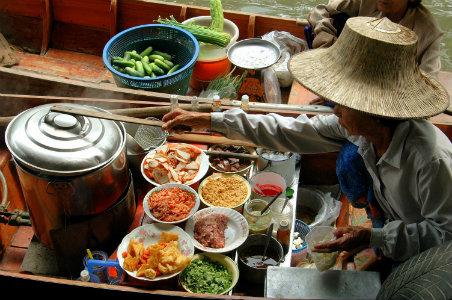 I really want to go to Asia more. I’ve been trying to go to Vietnam for a couple of years and was actually going to go to Thailand this year on a culinary trip, but the airfare was insane. Some friends of mine are going around the world on a boat and they invited me to join them in New Caledonia, which would be fascinating. But Asia particularly speaks to me because of the rich culinary traditions I’d love to learn more about.