Throughout the globe, ancient cultures experimented with the mind-altering plants around them. Today, some of these may be taboo, but there's evidence to suggest that they helped shape the way we see the world.

High in the mountains of northern Peru, carved stone heads keep watch over a quiet museum near Chavín de Huántar, a ceremonial site that predates the Inca Empire. The first head is human, but in subsequent carvings, familiar features turn strange: Teeth protrude across the chin, the nose curves up, and snot streams over the cheeks of a snarling jaguar. Some scholars believe that the heads, called Cabezas Clavas, depict the ritual transformation of a Chavín de Huántar shaman into a jaguar after consuming an ancient, psychedelic cactus called San Pedro.

Still revered in northern Peru, that hallucinogenic cactus has been cultivated in this region since at least the 7th millennia BCE. That continuity is no surprise to Spanish archeologist Elisa Guerra-Doce, who studies the use of psychoactive substances in ancient times.

“All over the world, traditional societies continue to use mind-altering agents for magico-spiritual and healing purposes,” Guerra-Doce wrote in a 2015 article. “The archeological evidence indicates that the origins of such use might be traced back to prehistory.”

Not only that, psychoactive plants were woven deeply into belief systems and spiritual practices in every corner of the globe. “There are certain scholars who believe that the idea of religion itself emerges from the use of psychoactive plants around the world,” said Guerra-Doce in a recent interview with Fodor’s. “We find drugs in tombs, in ceremonial places—always connected with ritual activity.”

Humans have long leveraged plants to powerful—and sometimes mind-altering—effects. From Peru’s hallucinogenic cactus to the pot-smoking farmers of Neolithic China, these are the oldest drug cultures on earth. 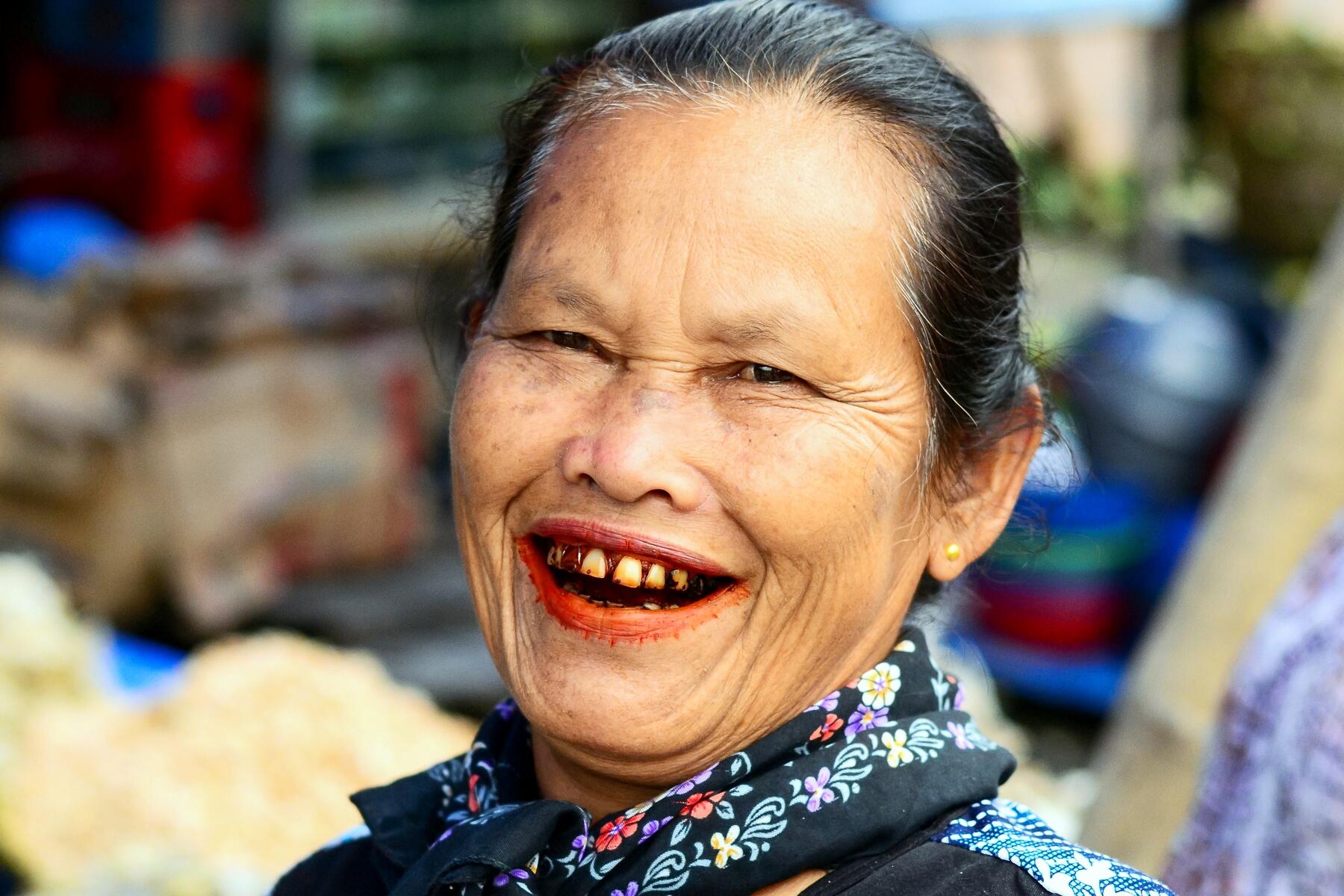 Catching a euphoric buzz off betel, the fruit of the areca tree comes with a serious drawback: it turns your teeth a gory red. Guerra-Doce reports that archeologists excavating Duyong Cave on Palawan Island in the Philippines have found betel-stained human teeth dating to 2660 BCE. Turn to archaeobotanical evidence, though, and the story gets much, much longer; some data points to betel use in Southeast Asia as long as 13,000 years ago. 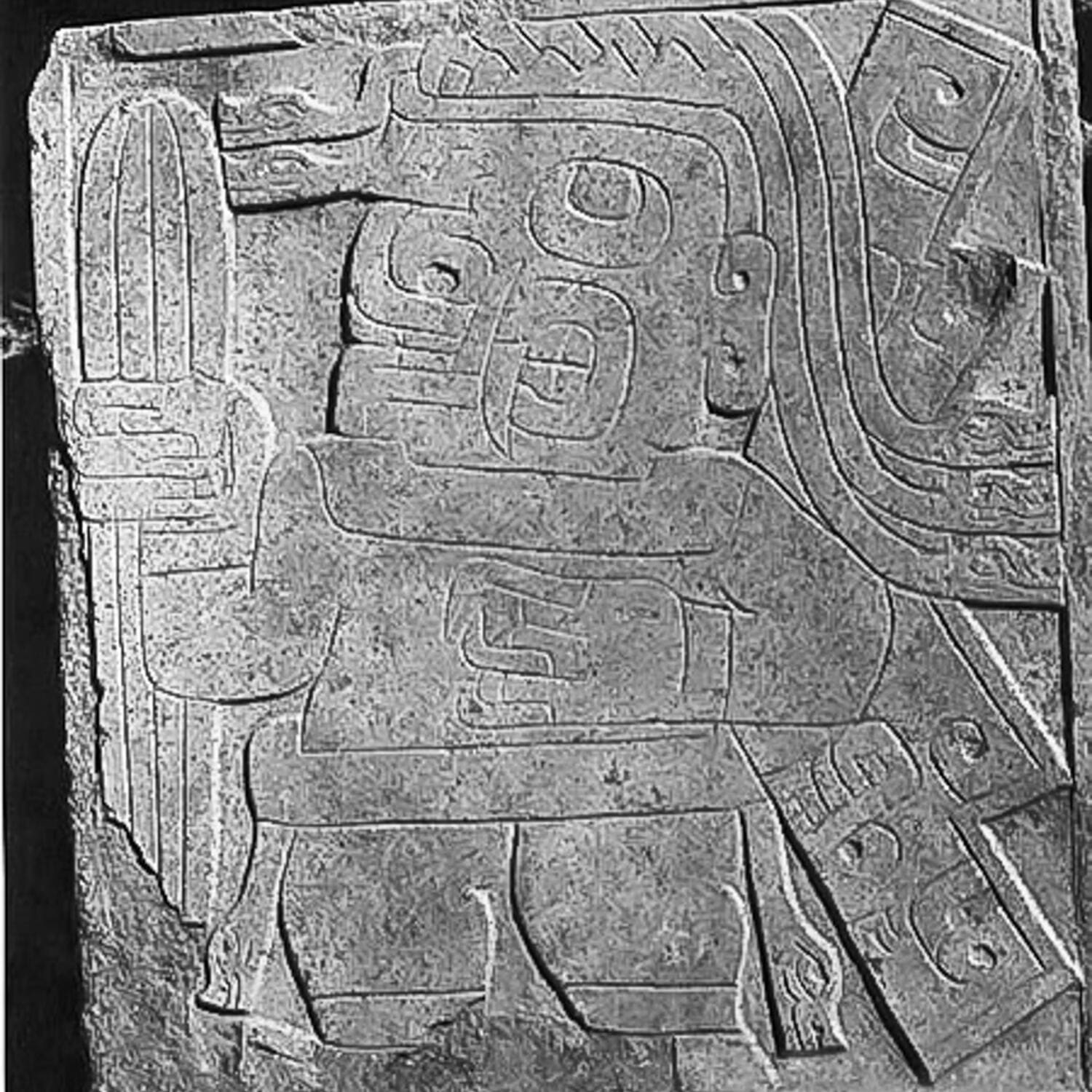 Chavín de Huántar isn’t the only place where ancient Peruvians consumed this hallucinogenic cactus. In the nearby valley of Callejón de Huaylas, San Pedro pollen and microfossils have been excavated in the very oldest parts of Guitarrero Cave, used by humans since at least 8,600 BCE. The slender cactus contains a powerful dose of the alkaloid mescaline, which is also found in the peyote cactus native to northern Mexico and the southwestern United States. 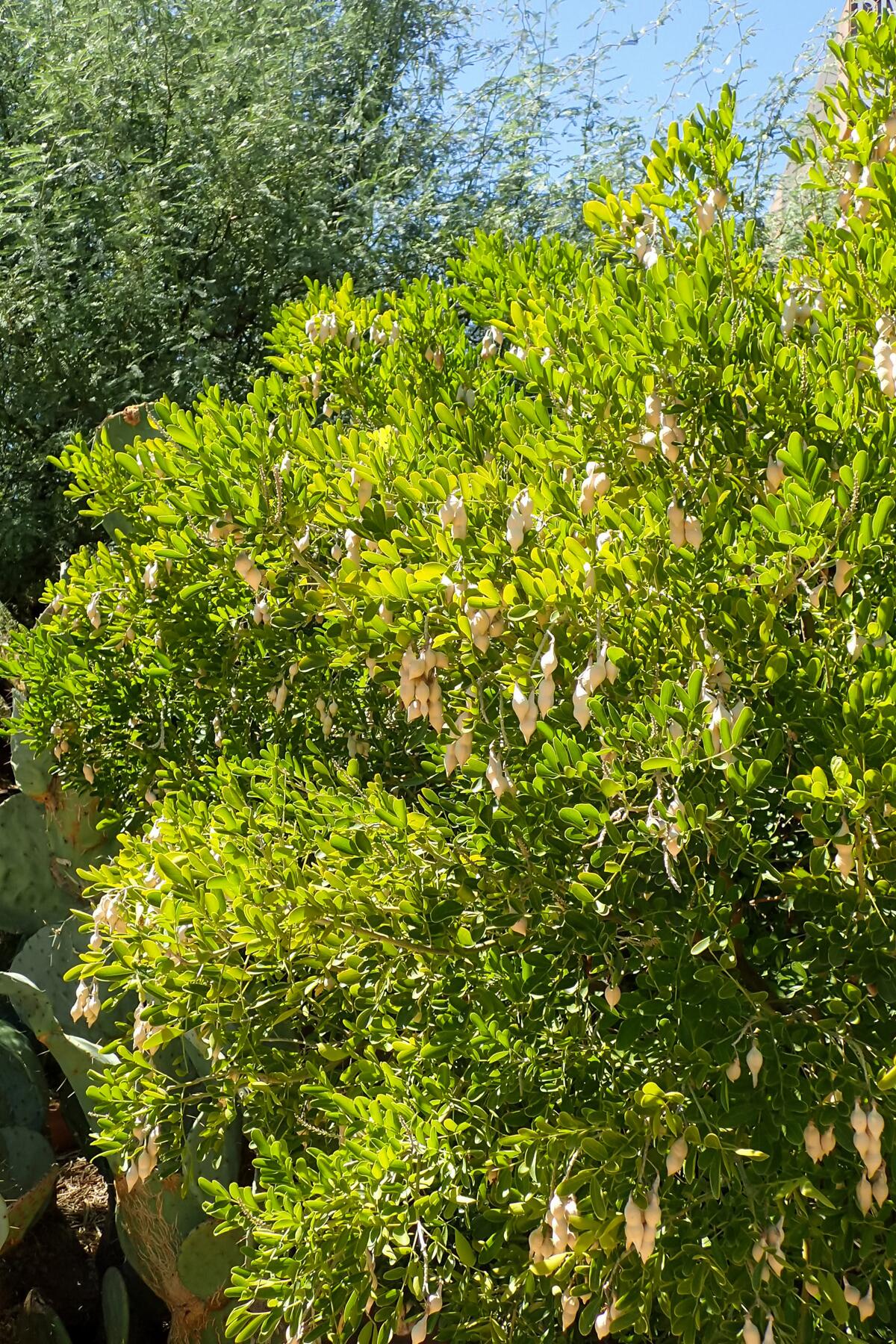 WHERE: Mexico and the United States

Bundles of purple blooms have made the Texas mountain laurel a popular ornamental, but it’s the plant’s bean pods that pack a punch: they’re rich in the mind-bending alkaloid cytisine. Archeological evidence in southern Texas and northern Mexico points to the ancient ceremonial use of the mescal bean, and some caches of the plant date to the 9th millennium BCE. Vision-seekers once consumed the poisonous plant for the “Red Bean Dance,” a cleansing ceremony involving prayer and copious vomiting. 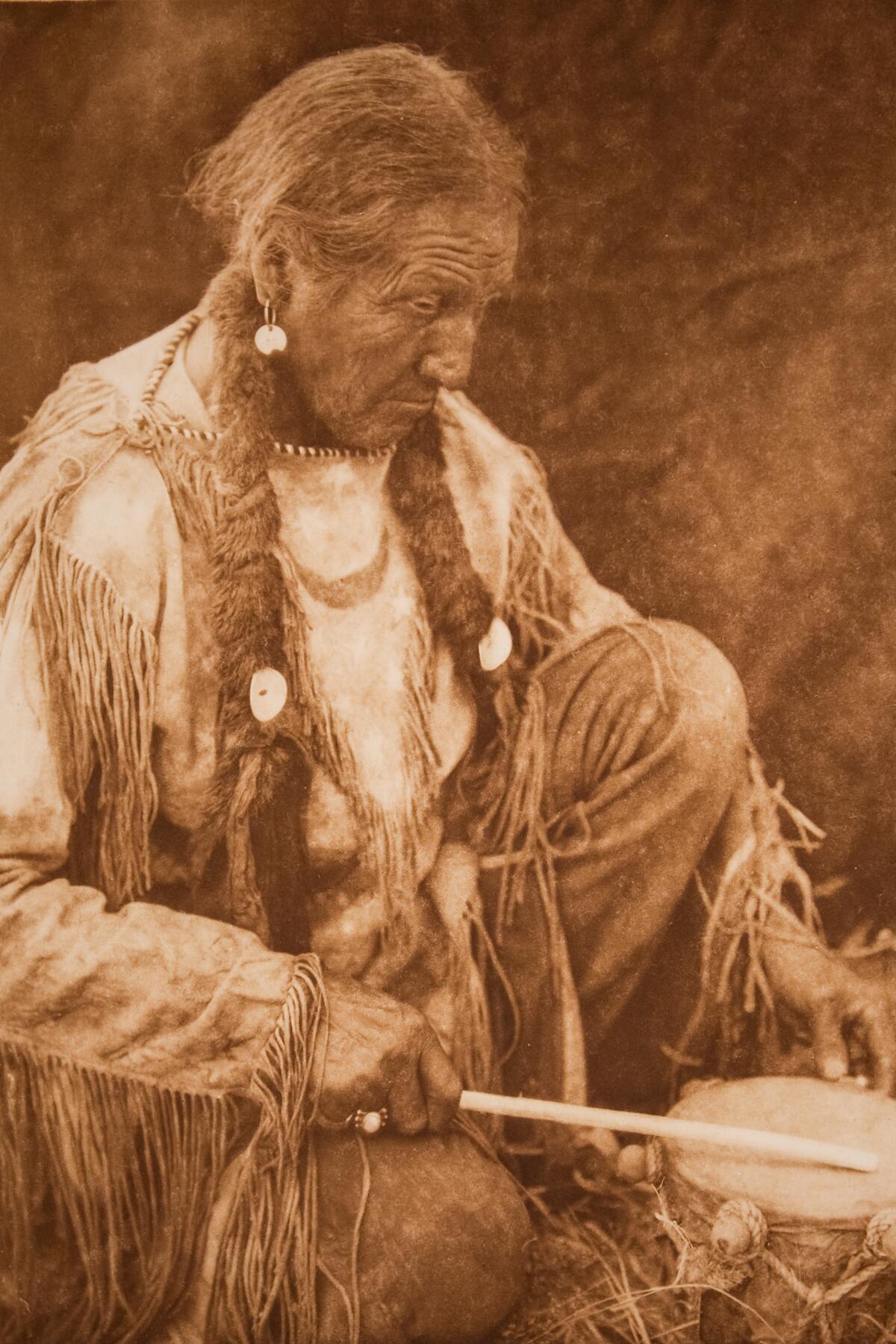 Traces of this hallucinogenic cactus have been found in Texas’ Shumla Cave #5 alongside evidence of elaborate ceremonies including rasping sticks, feather plumes, and cedar incense in reed tubes. Radiocarbon dating of the cactus suggests that ceremonial peyote consumption dates at least to the period of 3,780–3,660 BCE and the mescaline-rich plant is still used in sacraments of the Native American Church. 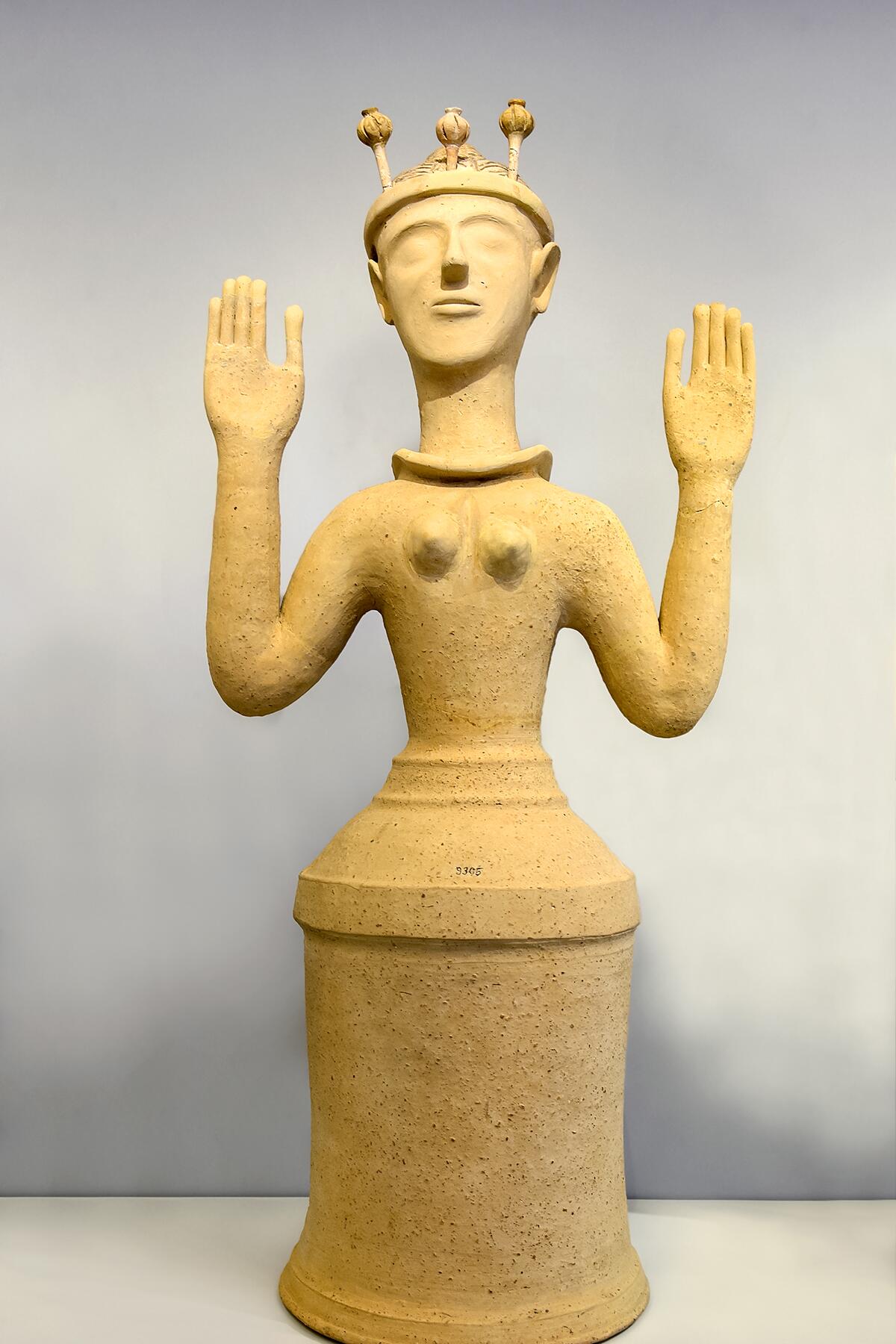 Colorful blooms meet a forceful intoxicant in a plant that’s likely served as both a food and a drug for thousands of years. Teasing apart the two uses based on archeological evidence is a challenge but remains of the opium poppy in the Italian Neolithic site of La Marmotta date to the 6th millennium BCE. In 1,300 BCE, a Minoan goddess appeared decked with poppy hairpins, hinting at ancient use of the flower’s narcotic power. 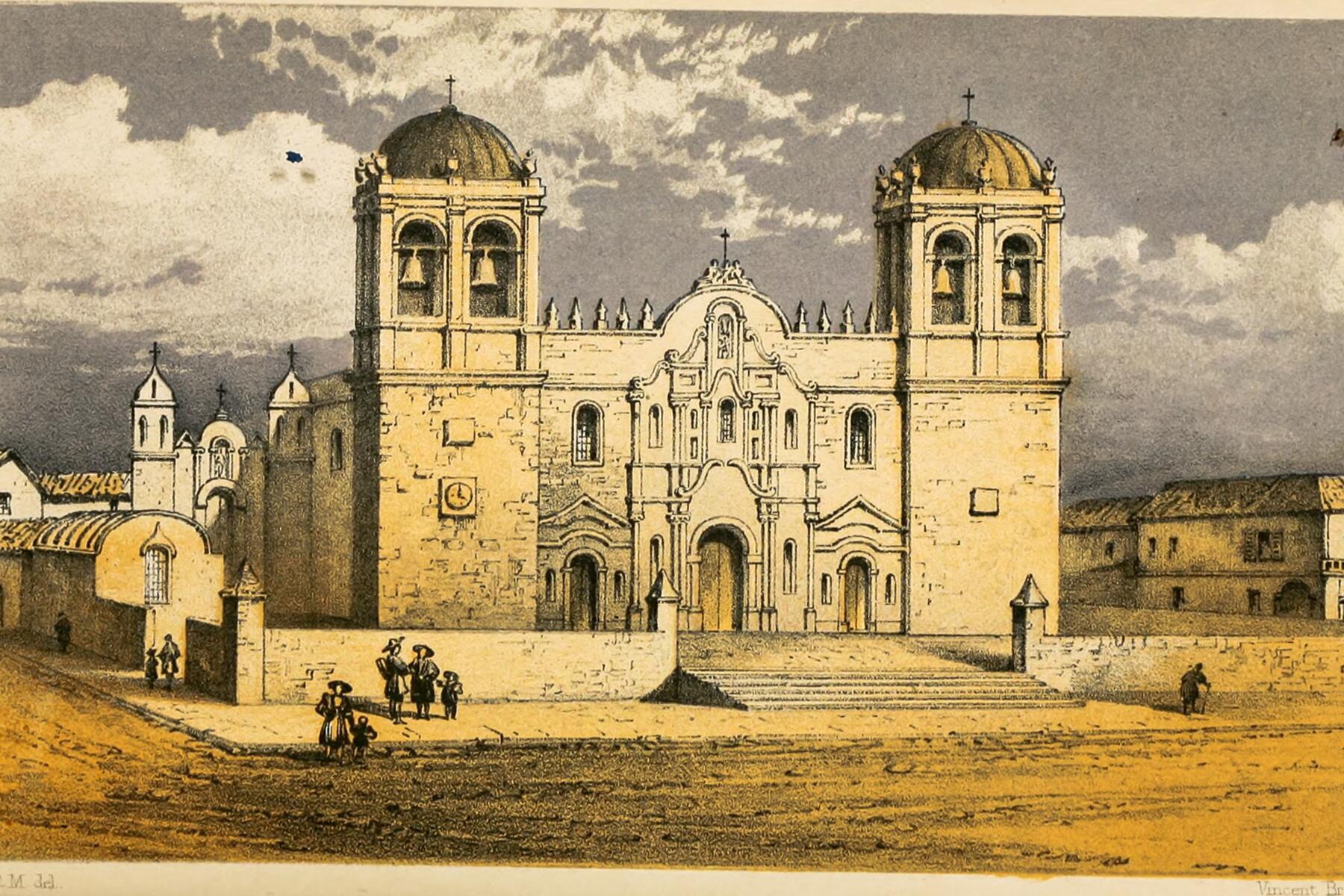 Touch down in one of South America’s mountain cities, and you’ll likely be offered a warm cup of coca tea to ward off the effects of the altitude—it’s what the locals have been using for the last 8,000 years or so. Grown on the lower slopes of the Andes, coca contains a small amount of the alkaloid cocaine, which can suppress fatigue, hunger, and thirst, along with easing symptoms of altitude sickness. Coca leaves have long featured in religious offerings and ceremonies, too, and visitors can still have their fortune told in a cup of the pale-green tea. For the Neolithic farmers of the Central Asian steppe, hemp was a crop of remarkable diversity. From at least the 5th millennium BCE, they cultivated it for ropes, textiles, food, and precious oil. But the plant’s hallucinogenic qualities were also prized, and scholars believe cannabis was likely used in a ritual or ceremonial context. 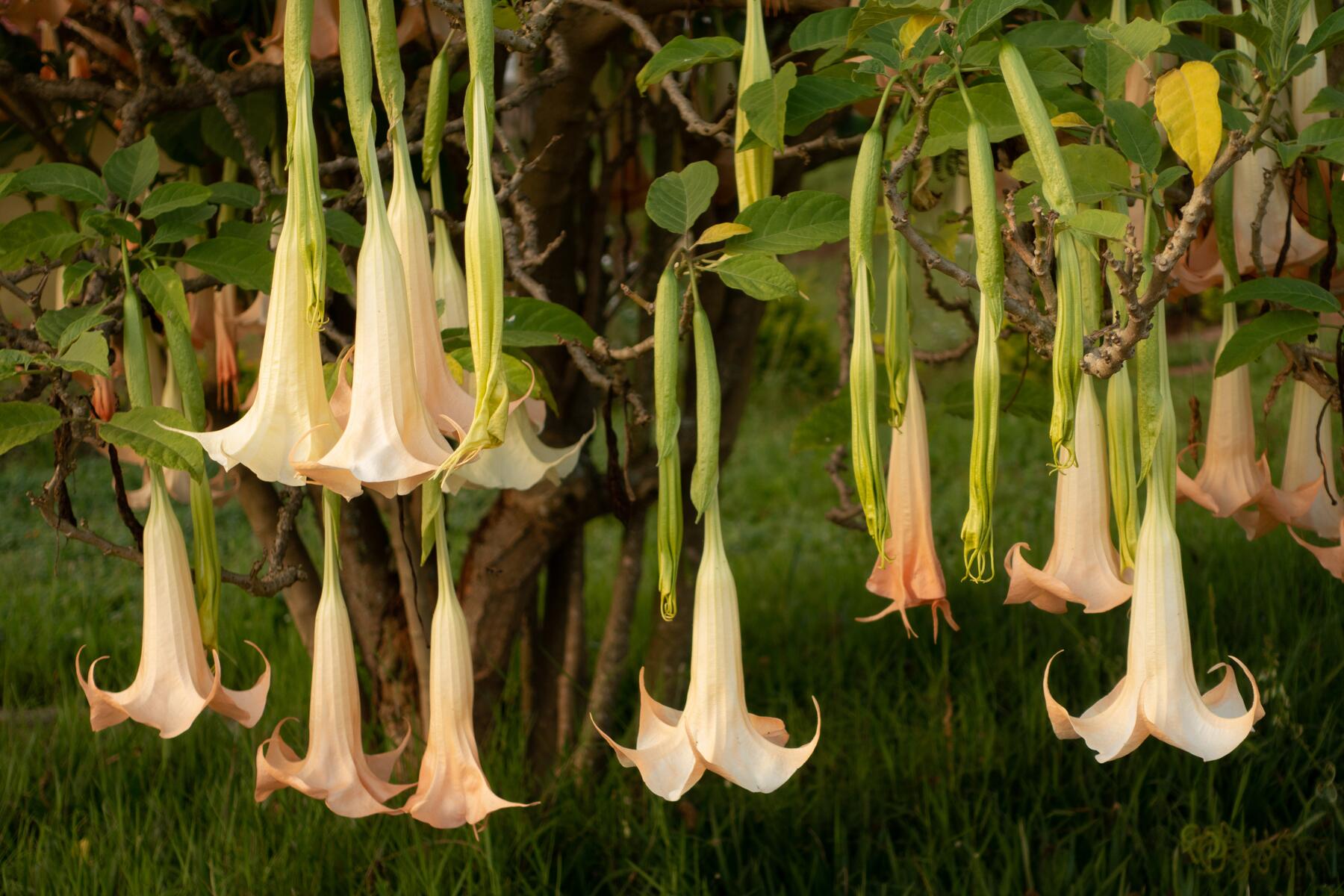 WHERE: Europe and North America

Traces of psychoactive nightshade found in a Spanish cave suggest mourners were gulping hallucinogenic barley beer grave-side back in the 3rd millennium BCE. Solanaceae plants, also called nightshades, have long been used to induce altered states, and nightshade has also been linked to the rites of medieval witchcraft. On the other side of the Atlantic, hallucinogenic nightshades served as a ritual connection to the spirit world in the Americas. 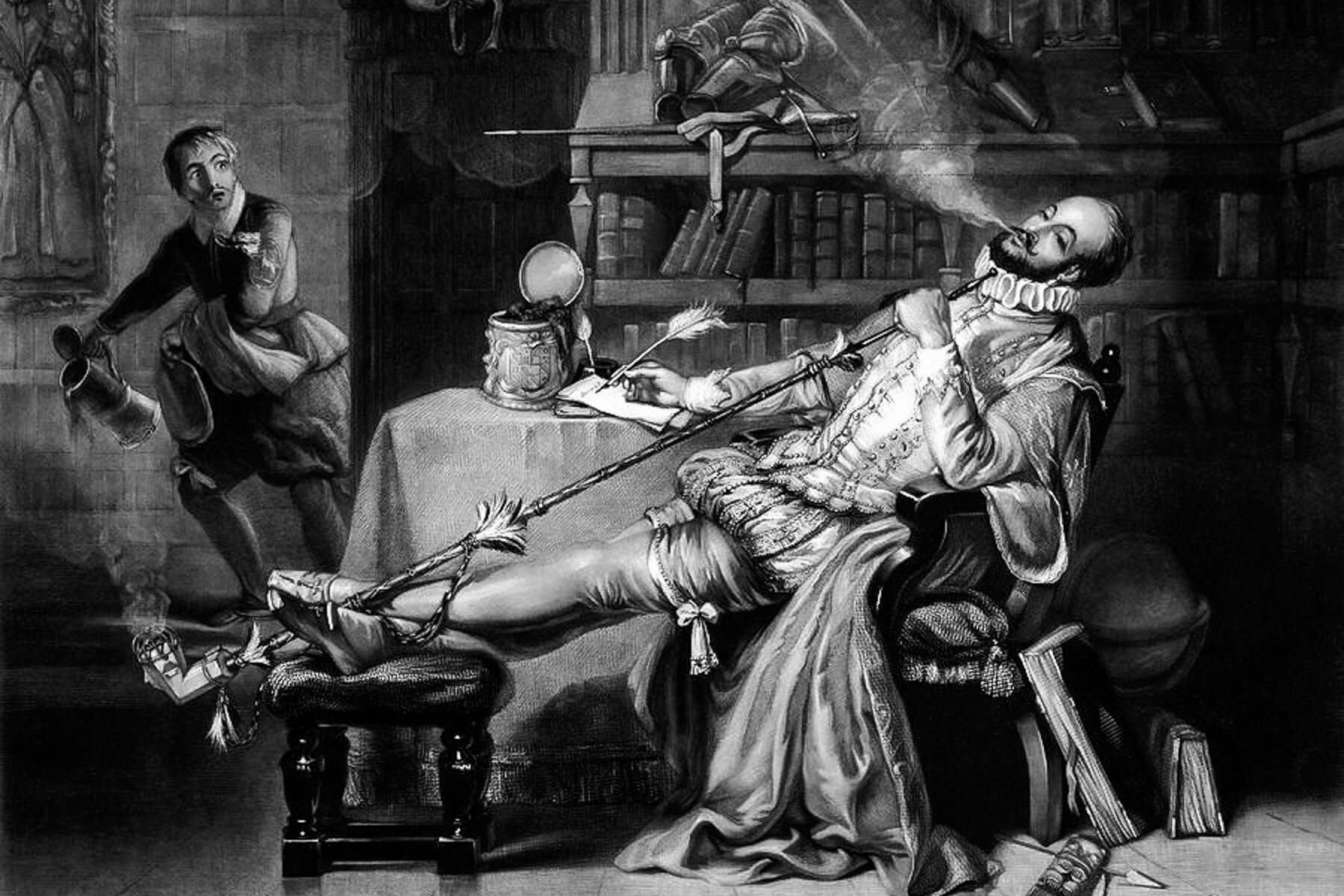 WHERE: North and South America

How long have humans been puffing away? Smoking pipes found in modern-day Argentina date to 2,100 BCE, with a sticky residue from tobacco or a hallucinogenic plant, but archaeobotanical proof of the earliest tobacco use remains elusive. The oldest evidence of tobacco use in North America is a nicotine-coated pipe found in modern-day Alabama, which scholars have dated to 1685 BCE. 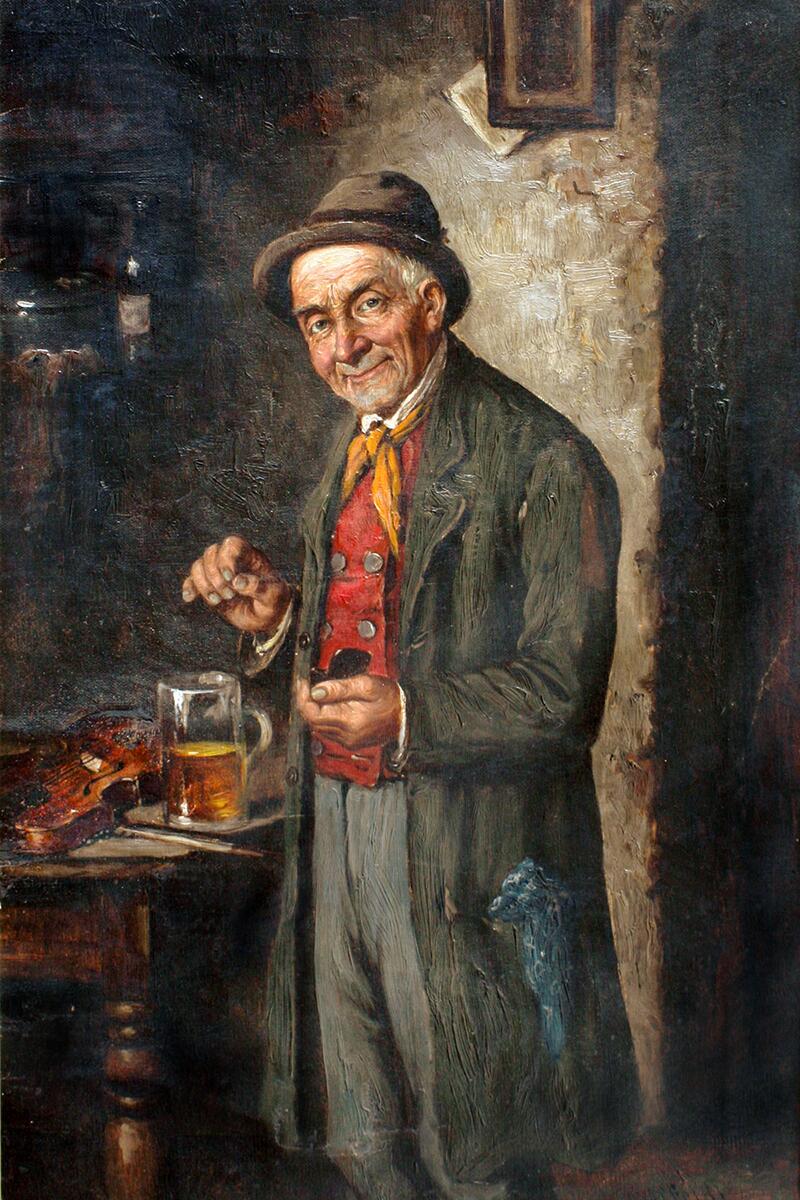 WHERE: The Caribbean and South America

Ceramic bowls found in the Caribbean were used to inhale a powerful snuff made from the seeds of Anadenanthera peregrina in ancient times; today, the seed-based snuff is still prepared for rituals in the Orinoco basin. Traces of the mind-melting alkaloid DMT have been found in Argentinian smoking pipes from 2,130 BCE, pointing to the use of the related—and hallucinogenic—Anadenanthera colubrina seeds. 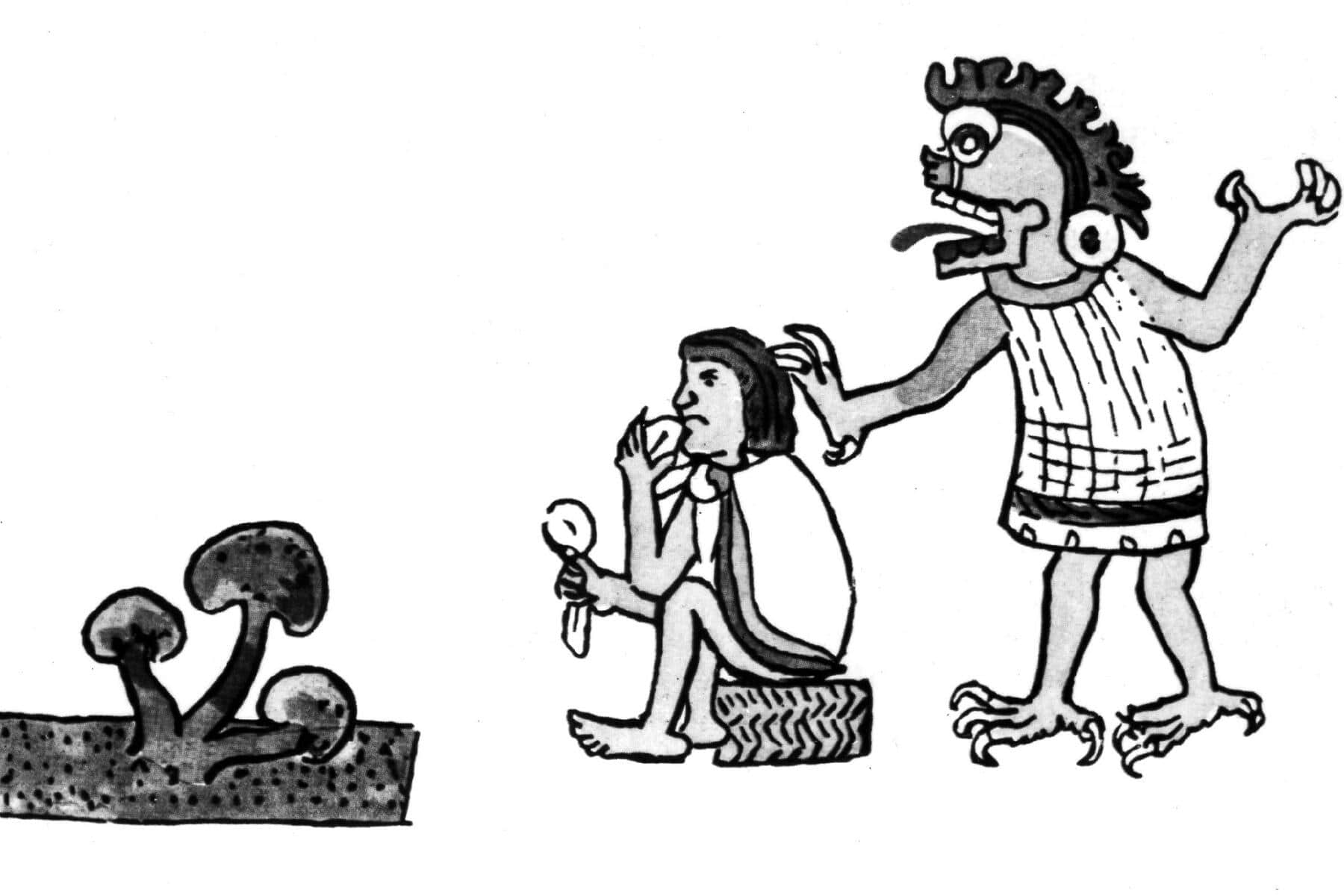 WHERE: Mesoamerica and Europe