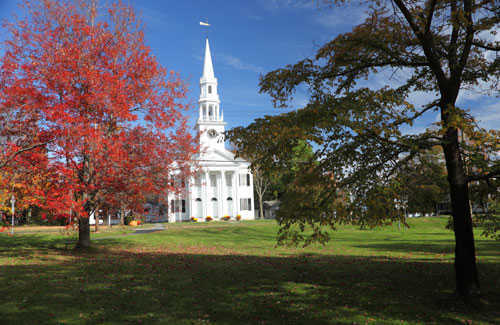 Picture this: a scarlet maple offset by the stark white spire of a small town church or a whole hillside of brilliant foliage foregrounded by a bright red barn. Such iconic scenes have launched a thousand postcards and turned New England into the ultimate fall destination for leaf peepers. The first scarlets and golds appear in mid-September in northern areas; “peak” colors head south thereafter. For inspiration, we’ve picked the most-stunning foliage areas and included a link to our favorite drive. Of course, these magical colors extend beyond New England. Check out our Great Fall Foliage Trips Across the Country!

Hidden in the heart of Litchfield County, Connecticut, is the crossroads village of New Preston, perched above a 40-foot waterfall on the Aspetuck River. Just north of here you’ll find Lake Waramaug, nestled in the rolling foothills, and Mt. Tom, both ablaze with rich color every fall.

Best Time to Go: Peak foliage in Connecticut occurs between October 9 and November 9, according to the state’s Department of Environmental Protection (800/282–6863). In season, their website includes daily updates on leaf color. 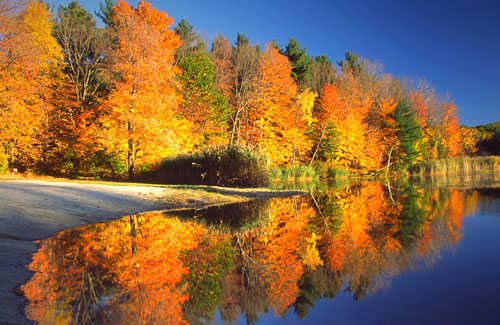 When fall foliage season arrives in Massachusetts, the Berkshires are the best place to appreciate this autumnal grandeur. Winding roads lined with the drama of trees ablaze pass alongside meadows, pasture, farmland, mountains, rivers, and lakes.

Best Time to Go: Peak season for leaf viewing in the Berkshires generally happens in mid-October. Trees growing near waterways—and they are plentiful in the area—tend to have more vibrant colors that peak a bit sooner than those elsewhere. The state regularly updates fall foliage information online and by phone (800/632–8038). 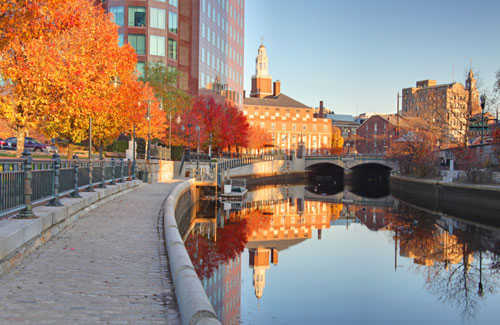 Tiny Rhode Island packs plenty of punch when it comes to vibrant fall colors. For the most dramatic leaf-peeping, head to the mostly rural, uncrowded northern and western towns—communities with rolling meadows and dense forests interrupted by the occasional orchard, pumpkin patch, or country store.

Best Time to Go: Foliage peaks in most of Rhode Island during the third and fourth weeks of October. Along the coast, however, you can still view plenty of color into the start of November. And in the state’s northwest corner, where the elevation is highest, leaves are at their most colorful in mid- October. 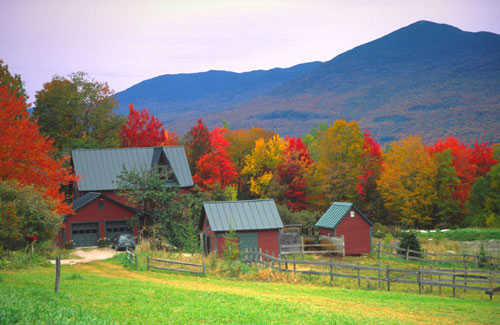 Eighty percent of Vermont is forested, and since cities are few and far between, the state's interior is a rural playground for leaf peepers and widely considered to have the most-intense range of foliage colors anywhere on the continent. The few distractions from the dark reds and yellow, oranges and russets—the tiny towns and hamlets—are as pristine as nature itself.

Best Time to Go: Late September and early October are the times to go, with the southern area peaking about a week later than the north. Remember to book hotels in advance. The state has a Fall Foliage Hotline (800/VERMONT)and an online interactive map. 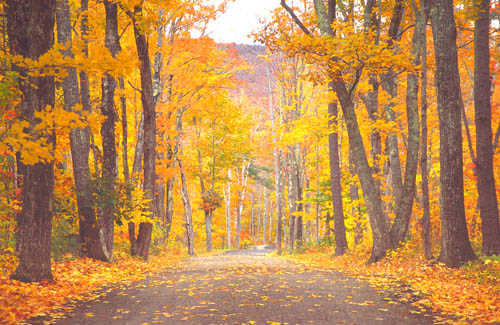 With its quaint villages graced with green commons, white town halls, and covered bridges, southwestern New Hampshire is dominated by the imposing rocky summit of Mt. Monadnock and brilliant colors in fall. In the state’s far north, Kancamagus Highway is another classic foliage route.

Best Time to Go: Early October is best time to view foliage in southern New Hampshire, but the time can vary by up to four weeks. Check online or call for daily leaf changes (800/258–3608). 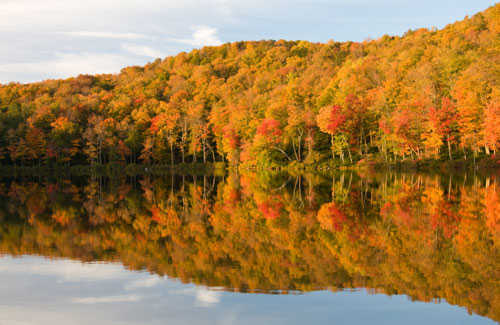