We all love a good heist.

Not only does a good heist involve disguises and gadgets and danger, but it’s also a monument to logistical planning–it’s a herculean task to get more than three people together for drinks, much less giving them all jobs like Safe-Cracker and Drive Guy and The Puncher. And no heist is crazier than an art heist because it’s like organizing a SWAT team to steal a Garfield comic strip. Here are 10 of the wildest art heists in history.

The original art theft. Hans Memling’s panoramic naked religious painting The Last Judgment marked the first art heist in recorded history and not only that, it involved PIRATES. The painting was bound for Florence aboard a ship before getting pilfered by Paul Beneke, a privateer who boarded the ship, stole the painting, and promptly absconded to his native Poland with it. It was placed on proud display in the Basilica of the Assumption in Gdańsk, and the nation of Italy spent decades indignantly trying to get it back. Technically, “jumping onto a boat and grabbing a painting and then sailing away” is less of a heist and more of a rude action, but in Paul Beneke’s defense, they hadn’t invented the Mini Cooper or laser watches yet. 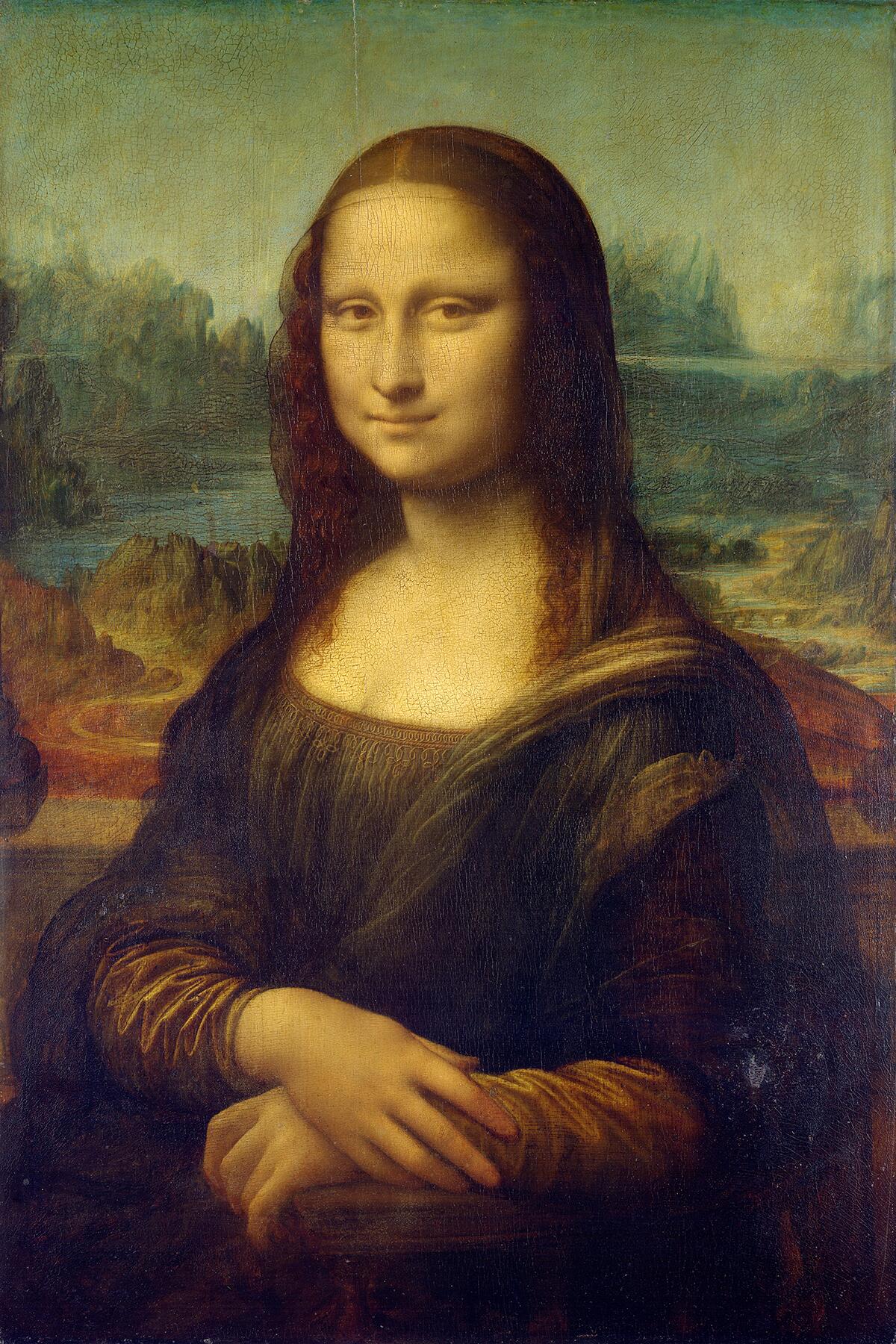 If you go up to anybody on the street and yell, “Name any painting you can think of off the top of your head” like a maniac who goes up to people on the street to say things, I’d bet that the first thing to come to their mind right after, “Why is this person yelling at me?” is, “Why, the Mona Lisa, of course!” In 1911, the world’s most famous painting went missing from the Louvre and stayed missing for about two years before being found in a trunk with a false bottom. The heister (heistmaster? heistman?) turned out to be one-time Louvre security employee Vincenzo Perugia, who had decided to express his deep hatred of France by reclaiming a piece of Italian history that he felt had been wrongly misappropriated by Napoleon—he threw some cloth over the Mona Lisa and just walked out of the Louvre with it early one morning and no one was the wiser. After serving only six months in jail for the heist, he became a national hero in his native Italy for just straight-up kidnapping the world’s most famous painting. Inspiring, honestly. 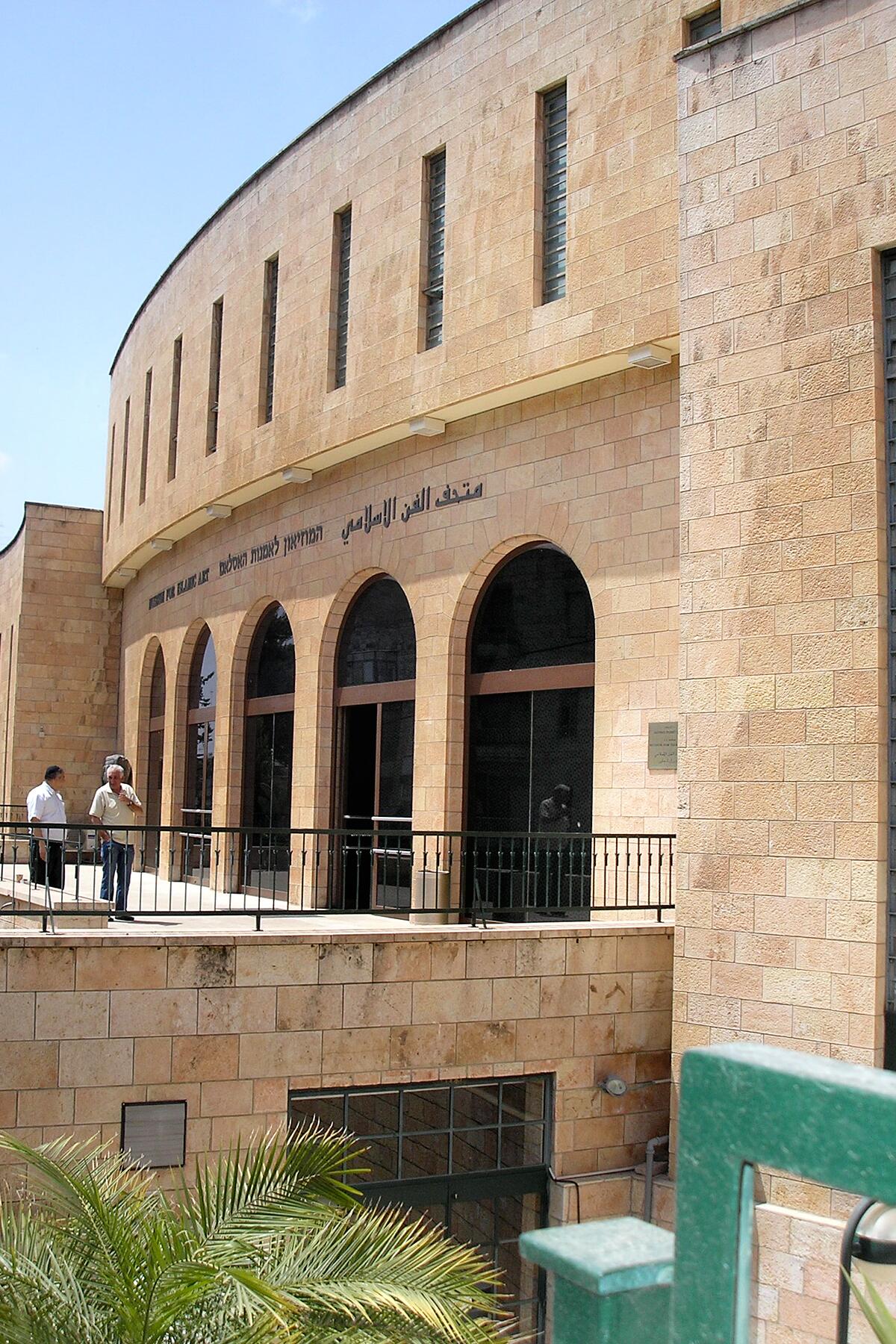 In 1983, over one hundred timepieces (including a gold-and-crystal pocket-watch owned by Marie Antoinette, no lie) were stolen from L.A. Meyer Museum of Islamic Art in Jerusalem in one night, which sounds like the work of a crack team of heist-doers who are capable of picking up heavy clocks and then moving those heavy clocks. It turns out that it was one man, Na’aman Diller–by then already a nationally known criminal since the 1960s–who orchestrated and executed the entire heist by himself by bending the bars back on a museum window and climbing a ladder to sneak inside and misappropriate all those timepieces. On his deathbed, Diller admitted to his wife that it was he who had stolen all those clocks, and the authorities have since been able to come to an agreement on their sale and redistribution. I guess you could say…that they were making up for lost time. 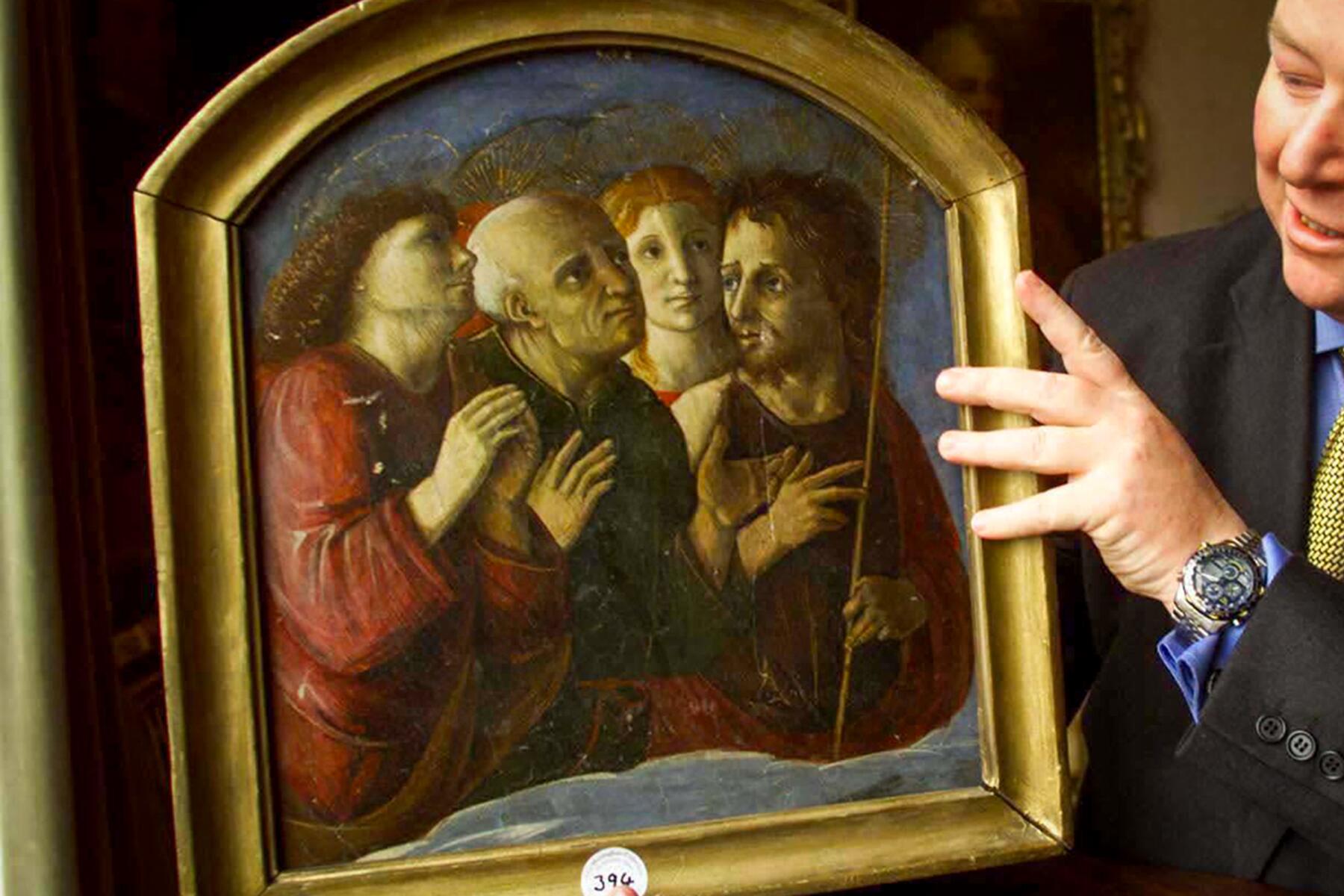 When Someone Called 'The General' Thieved 18 Paintings 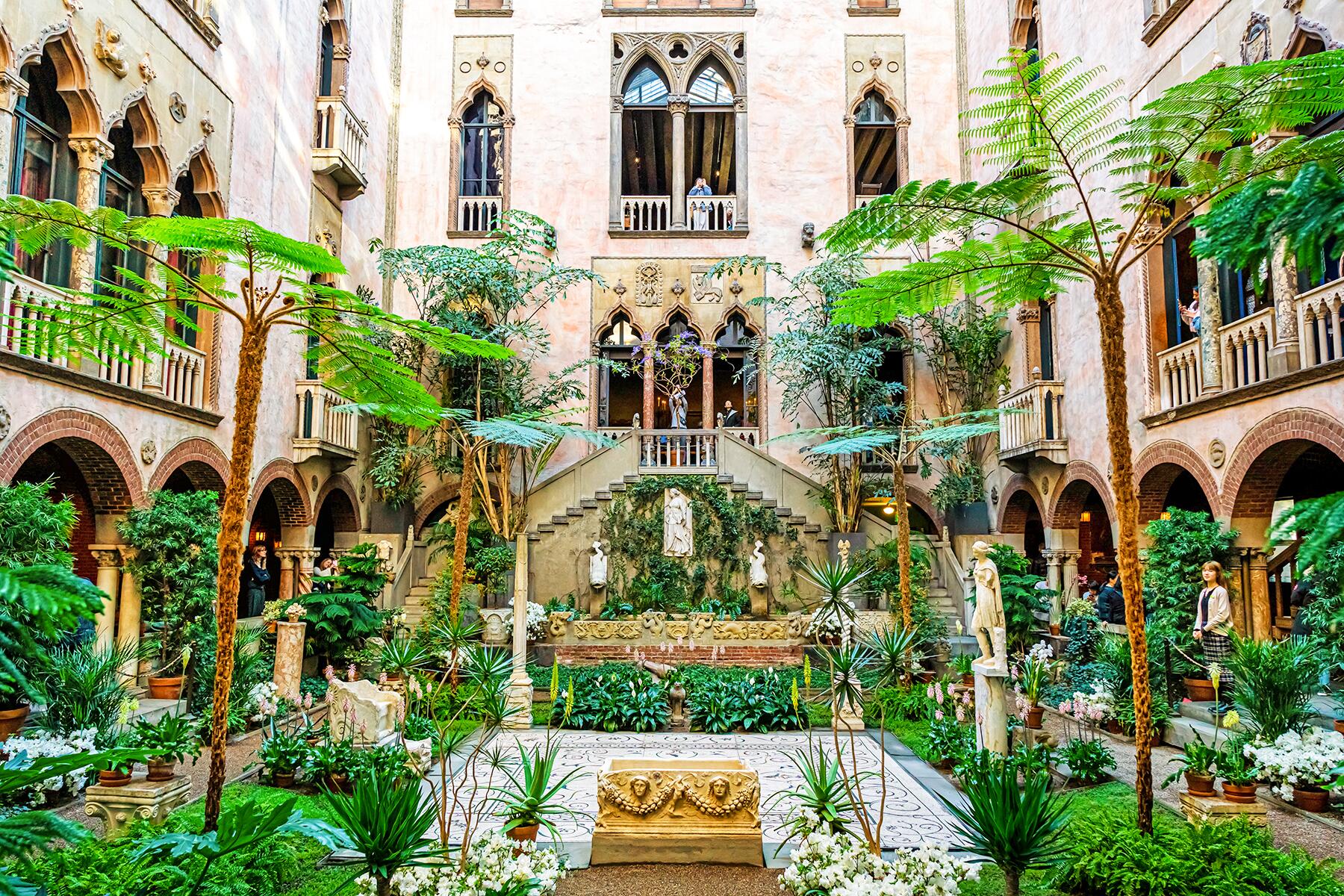 Two men with obviously fake mustaches claiming to be from the Boston police department managed to gain entrance to the Isabella Stewart Gardner Museum before tying up the security guards and making off with 13 works of art worth a total of about $500 million. It remains one of the most expensive thefts in history. But it gets better: The paintings themselves were cut out from the frames, leaving behind the empty frames that remain on the walls of the museum to this day due to a stipulation in Isabella Stewart’s will stating that no alterations to the museum were to be made, up to and including the movement of frames (albeit empty ones) within the room layout. So now the museum just has walls full of empty frames that stand as a passive-aggressive reminder that it really ought to look cooler. 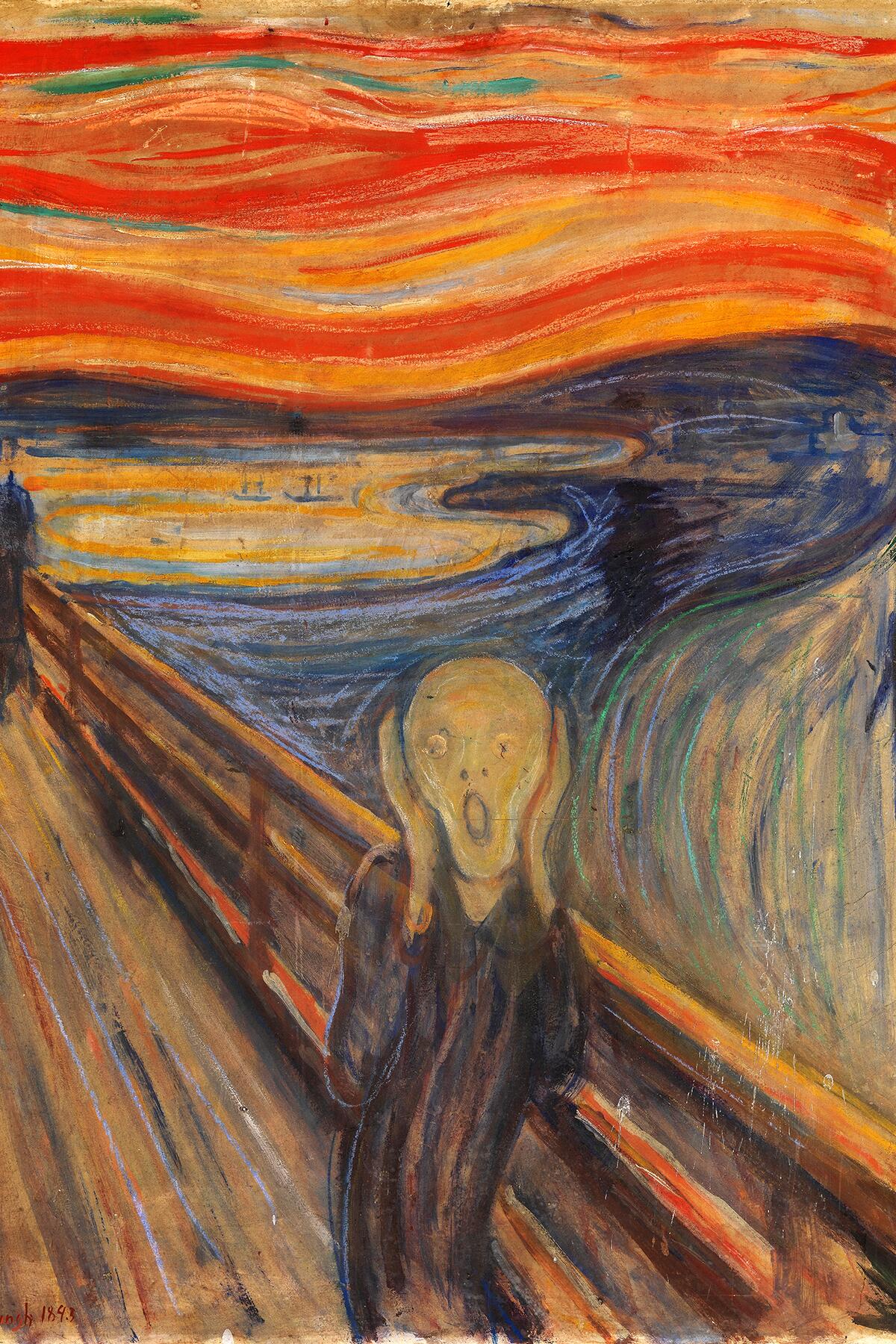 Sometimes it’s not enough to just steal priceless works of art–you gotta stop and leave mean notes taunting the authorities because if you can’t stop and smell the roses while pulling an art heist, when can you? On the opening day of the 1994 Winter Olympics in Lillehammer, Norway, a pair of thieves busted out a window of the National Gallery, snuck in, snipped the painting away from its place on the wall, and left a piece of paper that read, “Thousand thanks for the bad security!” The painting was eventually recovered, but there’s no healing a burn like that. One of the thieves, Paal Enger, was convicted in connection with the heist, and later escaped from authorities while the prison was on a field trip. He was eventually apprehended while trying to sneak off to Copenhagen in a blond wig, but mostly I’m fascinated that in Norway, the prisoners get to go on field trips sometimes. I think that’s nice. 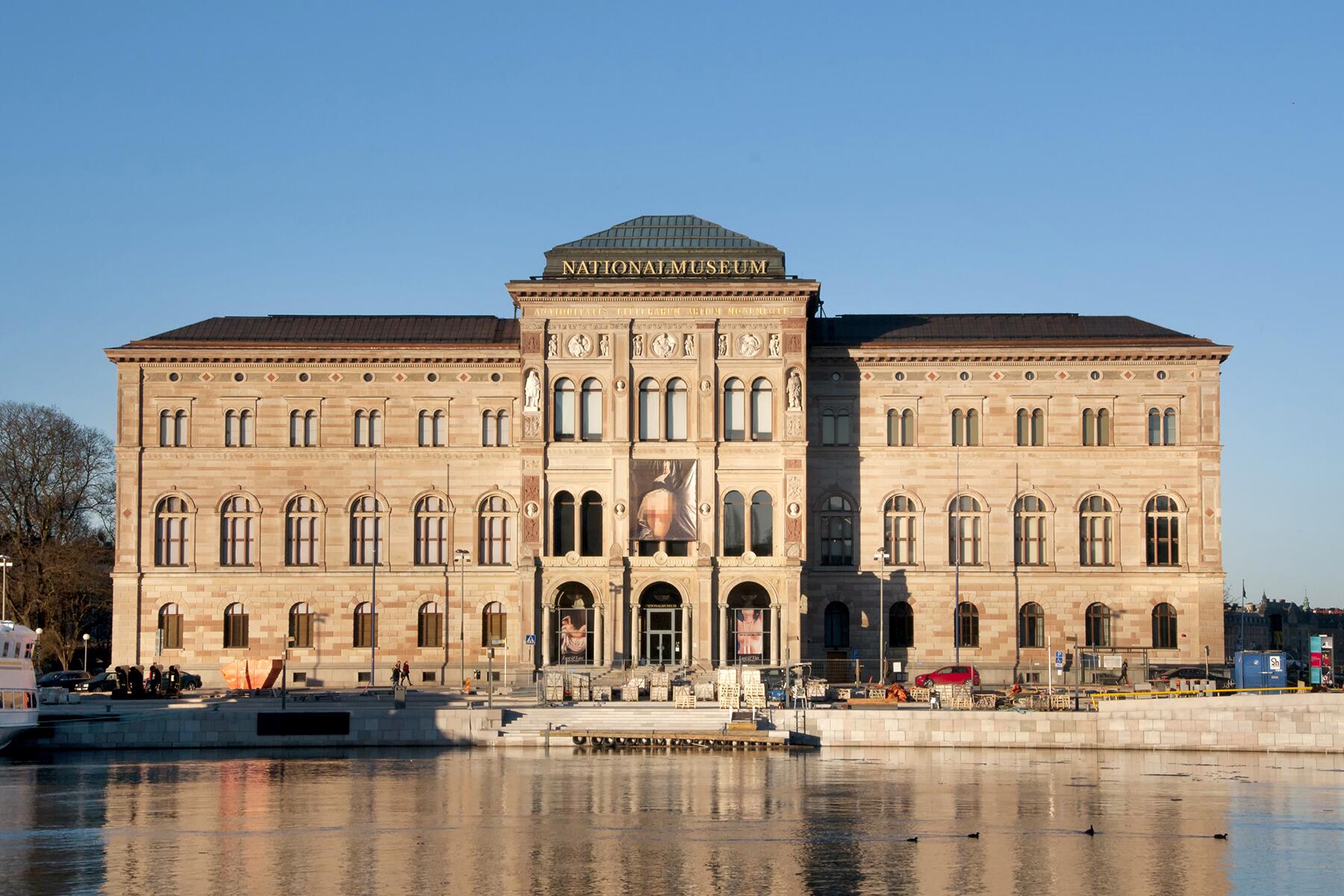 When 3 Paintings Were Stolen By Some Very Dramatic Thieves

These three enterprising art thieves decided to up the thieving ante and execute a heist with a special effects budget. On the morning of December 22 (or, Christmas Eve Eve Eve), they all burst into the Swedish National Museum, one of them waving a large machine gun while the other three yelled at the museum patrons not to try anything funny. While this was going on, two cars in another part of town exploded due to bombs planted by the art thieves in the hope of distracting police while the heist was underway, and when the cops attempted to mobilize in order to respond to the many crazy things happening in Stockholm, they realized that the tires of their vehicles had all been slashed. The thieves escaped on a boat with a Rembrandt self-portrait and two Renoirs, all of which were valued together at around $30 million. All of the artwork was eventually recovered, but the thieves themselves will probably be telling their grandkids about that time they got to be in a Michael Bay movie. 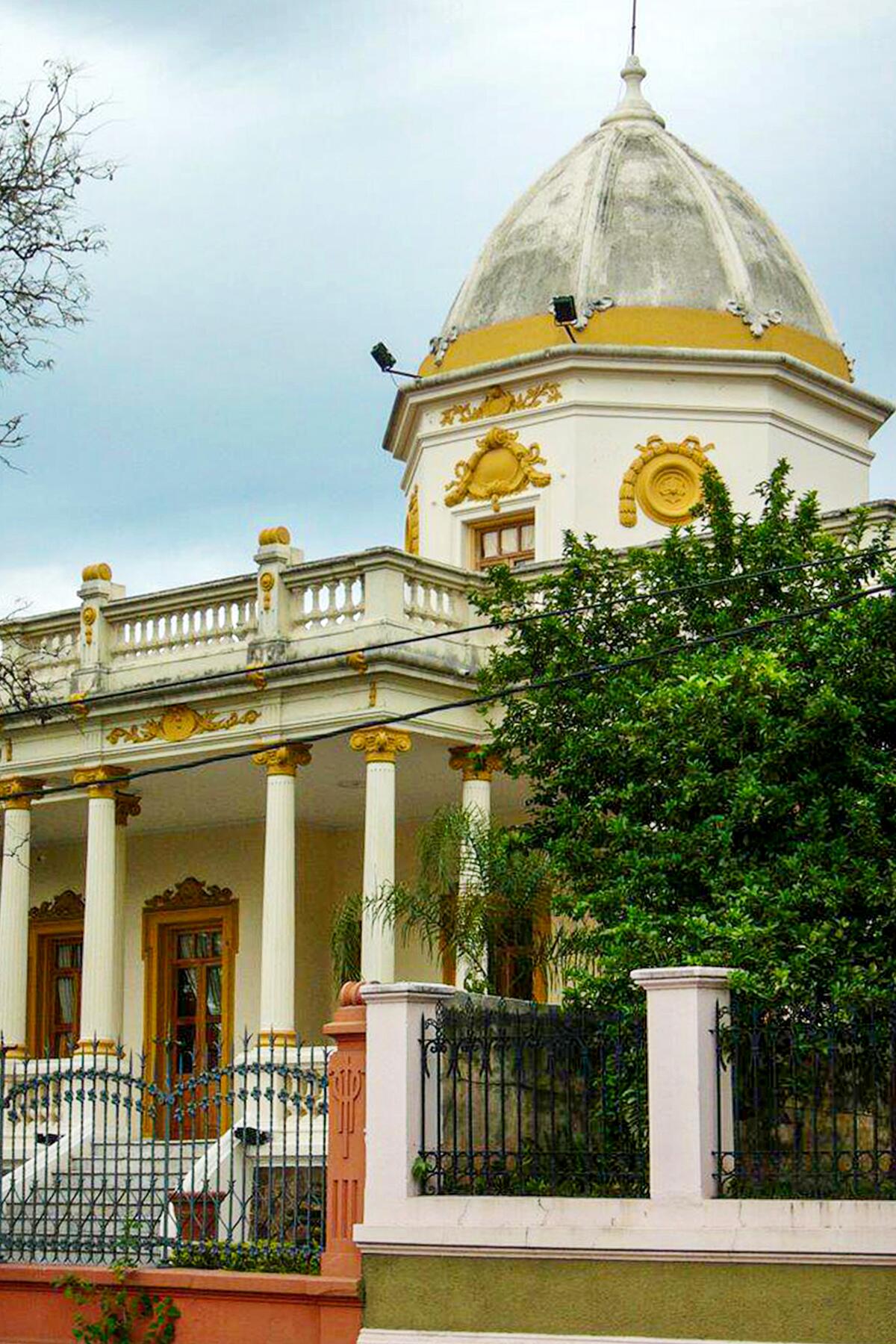 Any time I see the phrase “hidden underground tunnels,” I get absolutely feral. That’s all I want from a heist. Is it so much to ask for some Steve McQueen? In 2002, a group with the apparent means and manpower to dig a 10-foot-deep, 80-foot-long tunnel from a rented space to the National Fine Arts Museum of Paraguay went ahead and did that in order to sneak back down the tunnel with millions of dollars’ worth of art, including The Virgin Mary and Jesus by Gustave Coubert and a self-portrait by Esteban Murillo. The paintings still haven’t turned up and nobody has been arrested in connection with it because whoever rented the space leading to the museum was smart enough to use a fake name. No word on whether fake mustaches were involved in this heist, but I’m choosing to believe that they were. 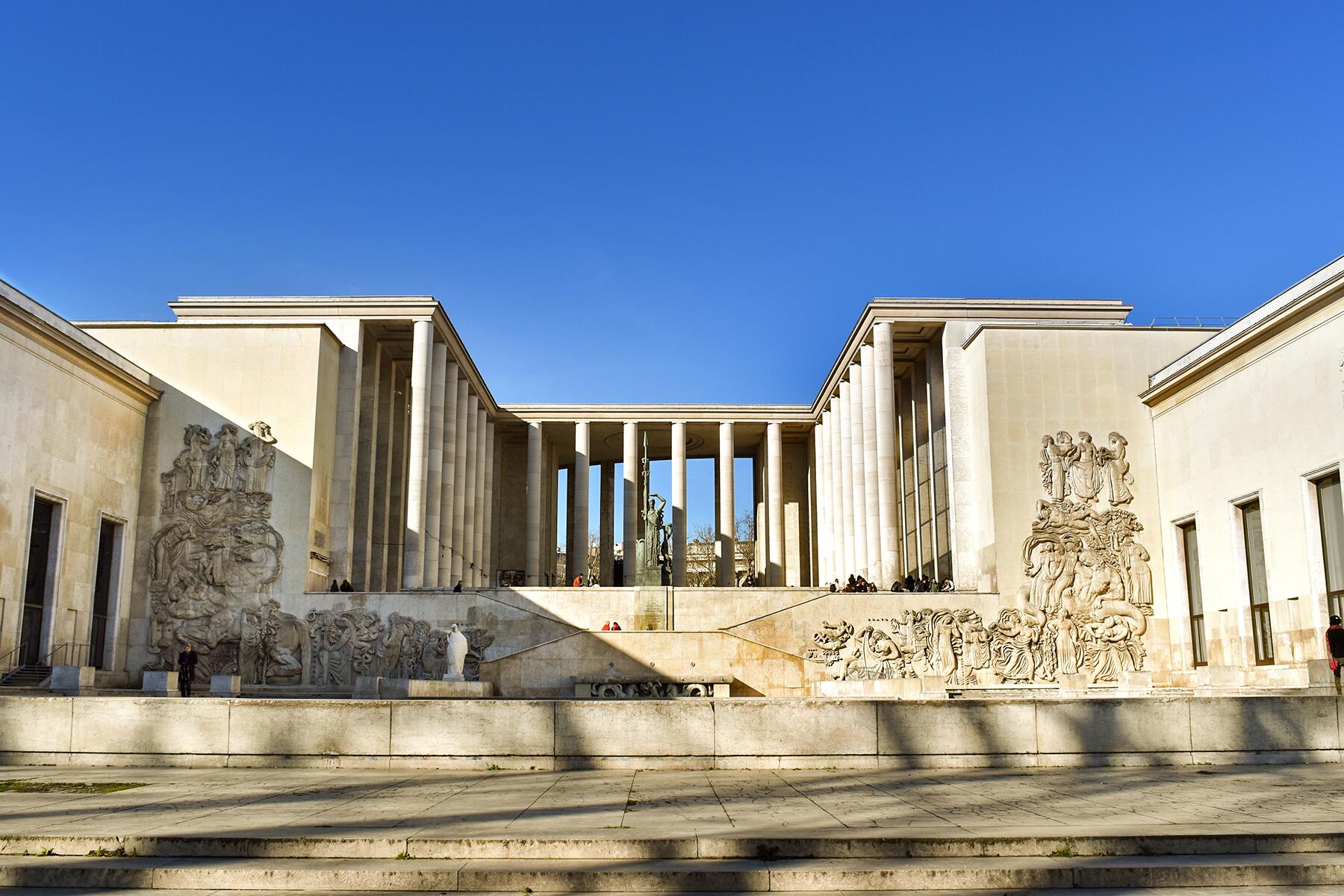 Vjeran Tomic, an art thief who’s been heisting since he was a kid breaking into libraries and stealing centuries-old books, executed one of the most daring art heists in history when he managed to break into the Musee d’Art Moderne in Paris and snatch five paintings by various artists while avoiding detection by museum guards. Known to the press by the nickname “Spiderman” due to his usual M.O. of parkouring up into high places to steal from the homes of the rich, Tomic had been hired to steal a painting by Fernand Leger, but decided that he wanted to take it a step further and steal four more paintings entirely because he thought the other four paintings were neat. He managed to exploit weaknesses in the museum’s security and gaps in the use of its surveillance equipment to make off with the five paintings before eventually getting arrested for the crimes and confessing to everything. 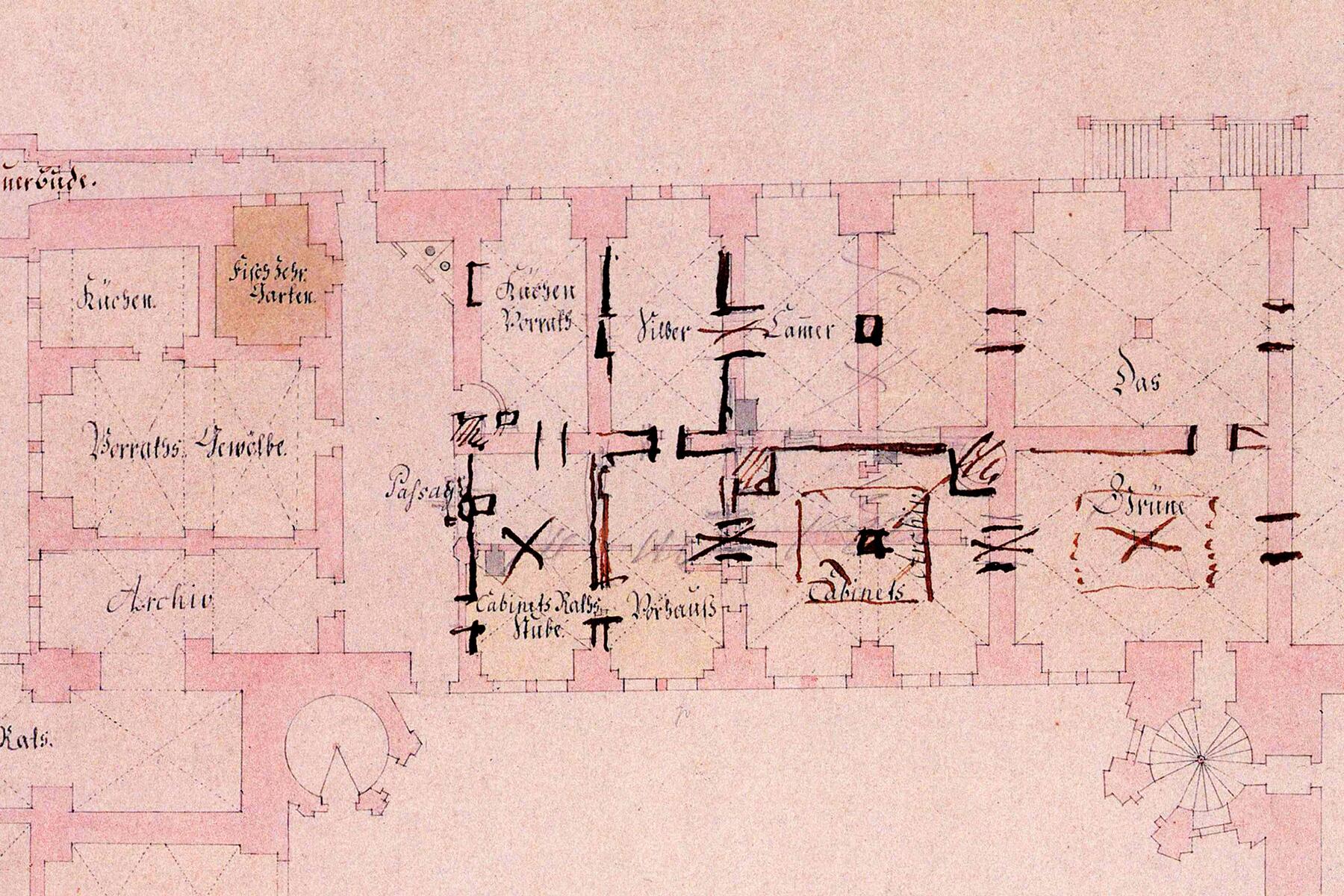 When a Few Thieves Stole The MOST Royal Jewelry

In November of 2019, art thieves managed to knock over The Green Vault, a museum built to house over 4,000 very shiny things dating all the way back to the 18th century, making off with–and I cannot stress this enough–so much jewelry. Just the most jewelry. Over $1 billion worth of jewelry. During the heist itself, an electrical box caught fire and caused a power outage on the block, which would have prevented the security system from going off once the thieves had twisted the iron bars on one of the windows to gain access. Unfortunately, none of the jewelry was insured because the premiums for stuff like diamond shoe buckles and a sword with a hilt encrusted entirely in diamonds and a diamond hat brim ornament is [incoherent screaming, crashing, distant tinkling of jewelry].