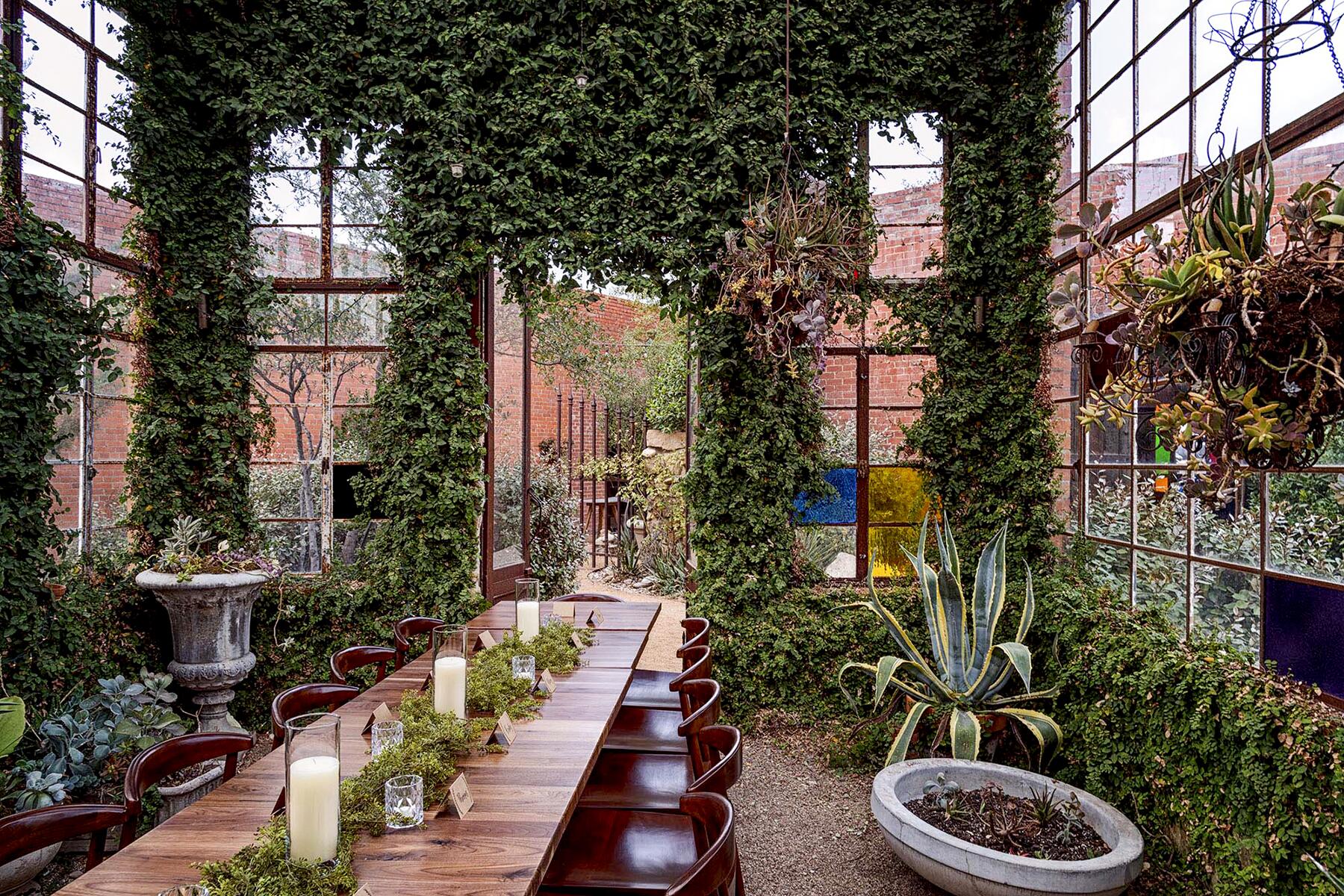 Bites Jeff Bogle These 13 Dining Experiences Cost Under $50. And They're Some of the Best in the U.S. 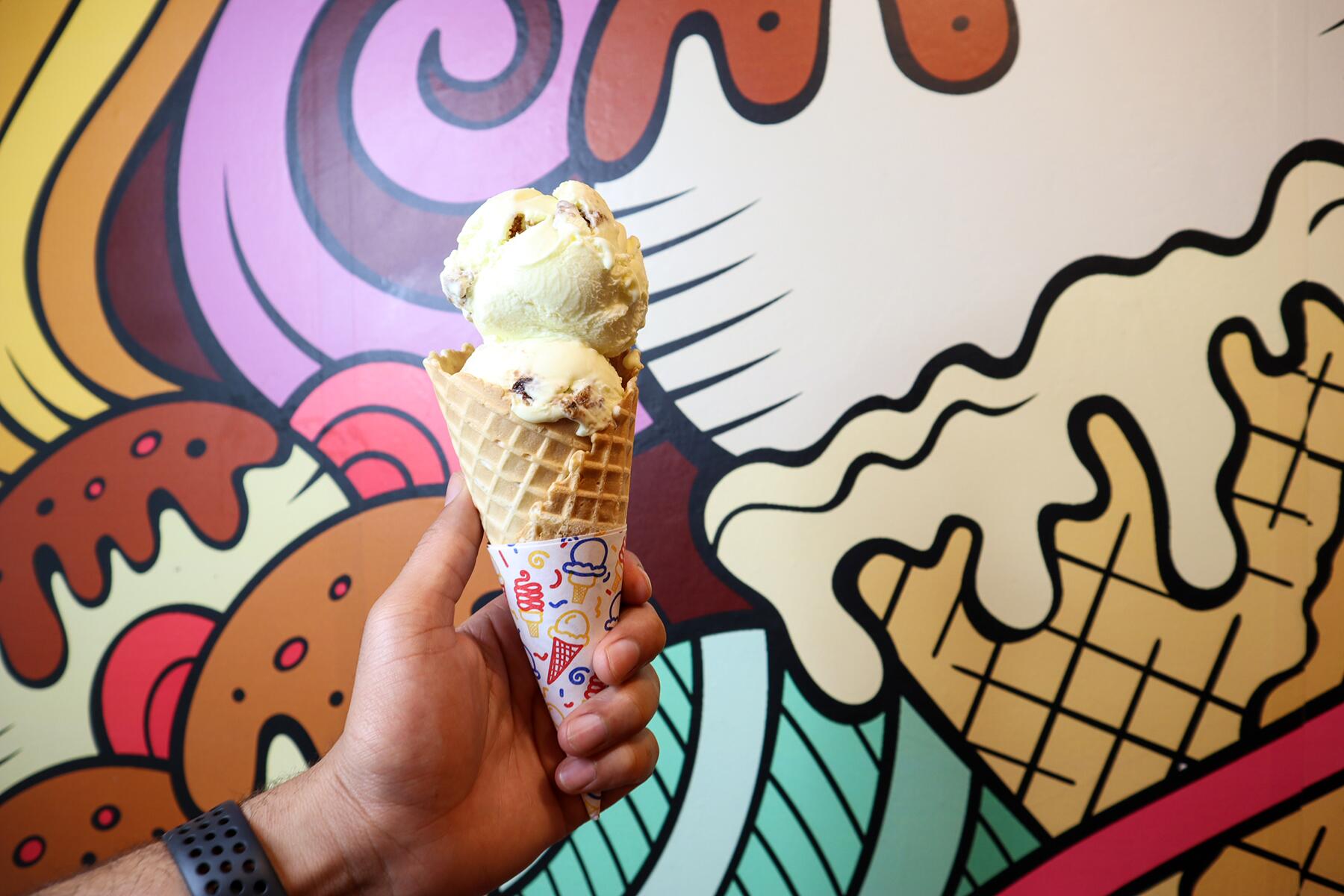 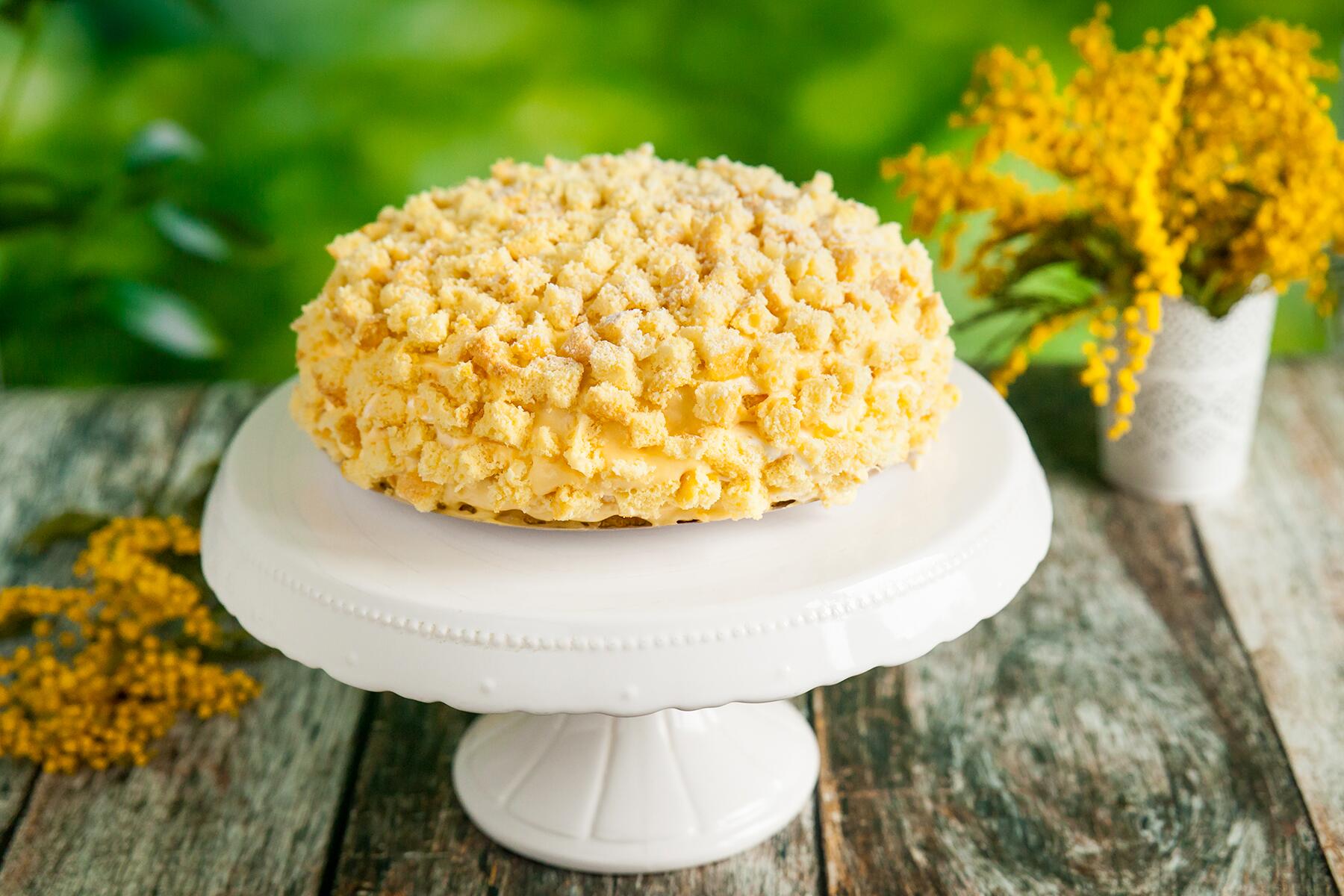 Discover the birthplace of your favorite desserts.

For thousands of years, humans have been experimenting with new ways to enjoy a frozen dessert. The ancient Egyptians made a dish from ice and fruit. Alexander the Great is said to have enjoyed ice flavored with wine and honey. Emperors during the Tang Dynasty are believed to have enjoyed a drink made from ice, camphor, and buffalo milk. Fast forward a couple millennia and we have more variations of frozen confections than we know what to do with. From sunny Los Angeles to the night markets of Bangkok, here are the origins of some of your favorite frozen sweets.

Bites Jeff Bogle These 13 Dining Experiences Cost Under $50. And They're Some of the Best in the U.S. 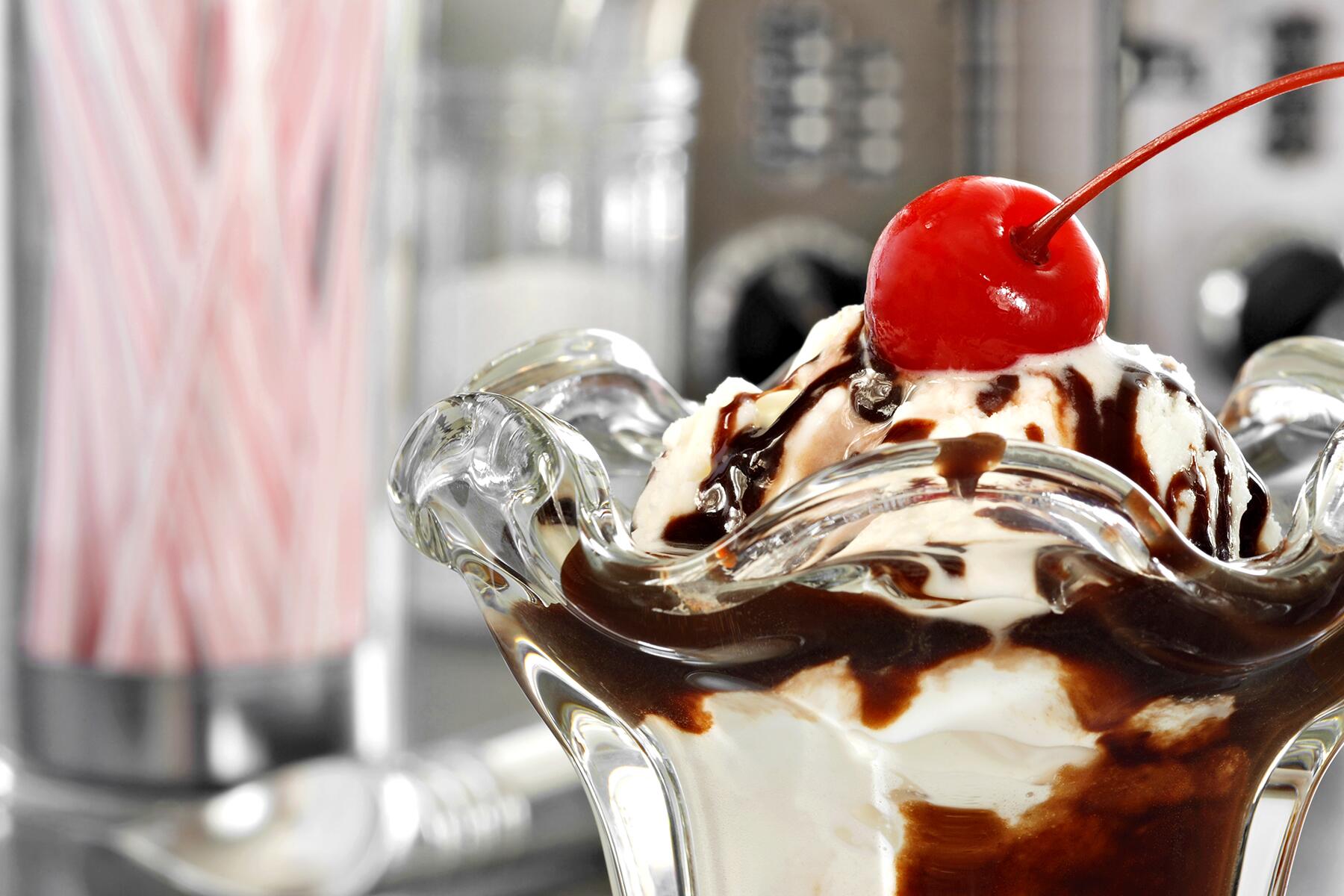 While there are a couple of different places vying for the title of the original ice cream sundae (a couple of scoops of ice cream served in a glass with some kind of topping), it was C.C. Brown’s Ice Cream Shop in Hollywood that is said to have pioneered the all-important hot fudge sundae in 1906. Clifton Brown experimented with the recipe in order to get the hot fudge the exact right consistency before debuting his innovation, and the shop would continue to use the same method—using copper kettles brought to Los Angeles in a covered wagon—until they closed their doors in 1996. 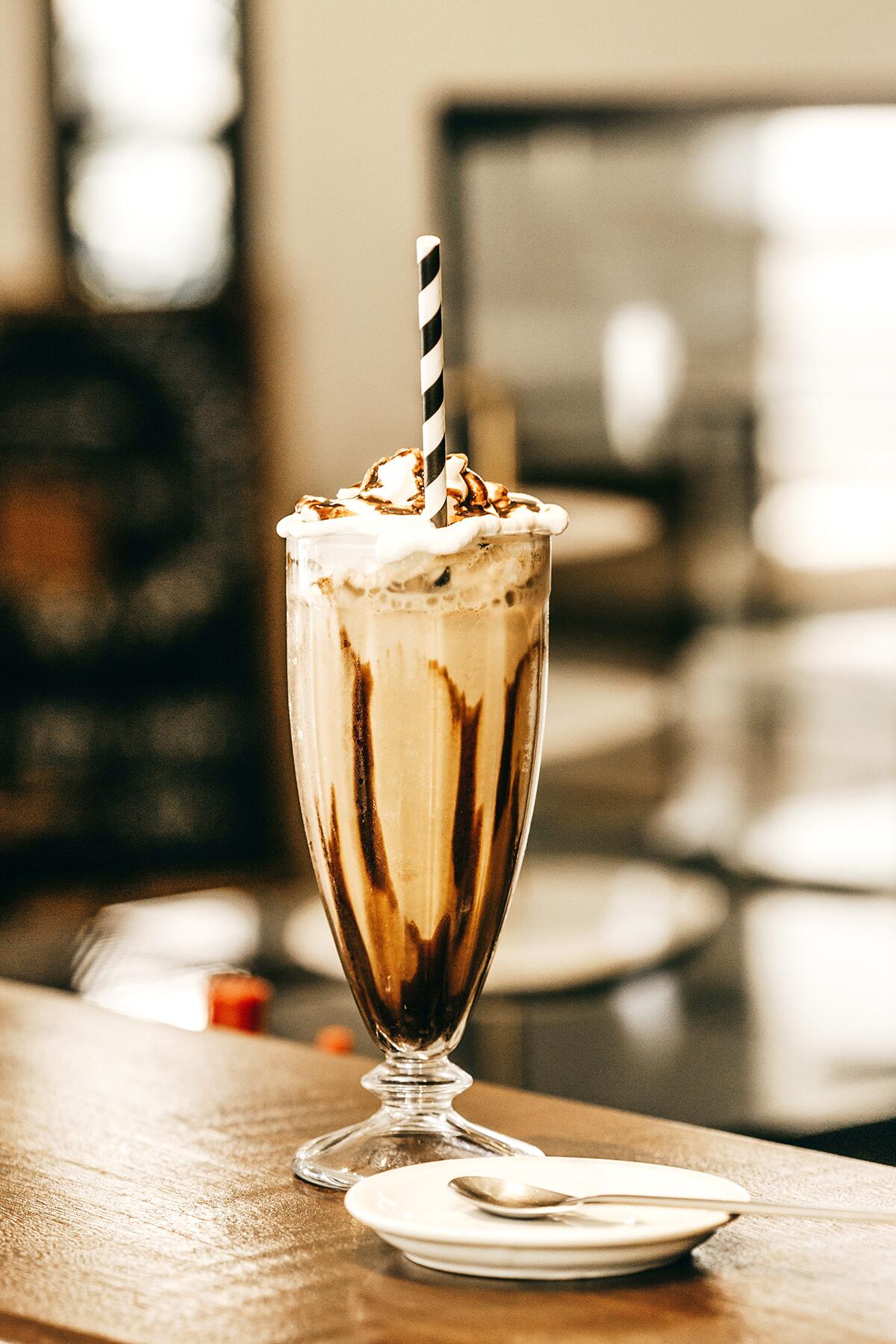 PHOTO: Photo by Jonathan Borba on Unsplash
2 OF 10

While there were some earlier iterations of this diner staple (including a fairly-unrelated alcoholic drink that was made with a whiskey eggnog-type drink), the milkshake as we know it today wouldn’t officially take shape until 1922 when it was invented by Ivar “Pop” Coulson in the Windy City of Chicago. Pop, a Walgreens employee, would change the course of history by adding two scoops of vanilla ice cream to malted milk, a popular soda fountain drink that was made by mixing milk, chocolate milk, and malt powder. Needless to say, the drink was a hit and by the mid-century, it had become a mainstay of casual American dining culture. 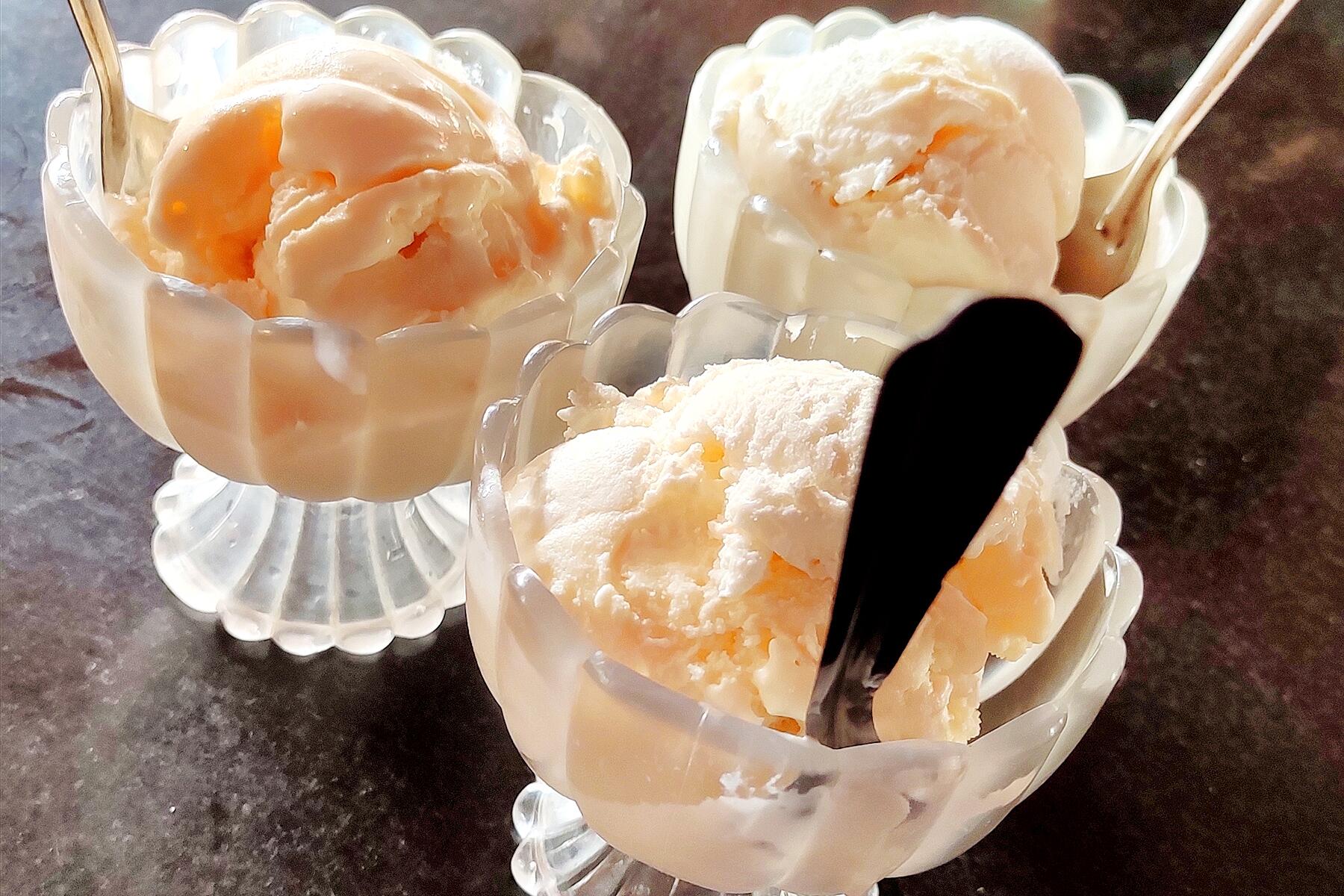 While non-frozen custard had been around for a while (as well as the concept of adding egg yolks to ice cream), official credit for popularizing frozen custard goes to Archie and Elton Kohr. The Coney Island ice cream vendors were looking for a way to keep their wares from melting so quickly in the summer heat and so came up with the idea of adding egg yolk. The creamier consistency was immediately popular. So immediate, in fact, that it’s claimed that they sold 18,460 cones in the first weekend. 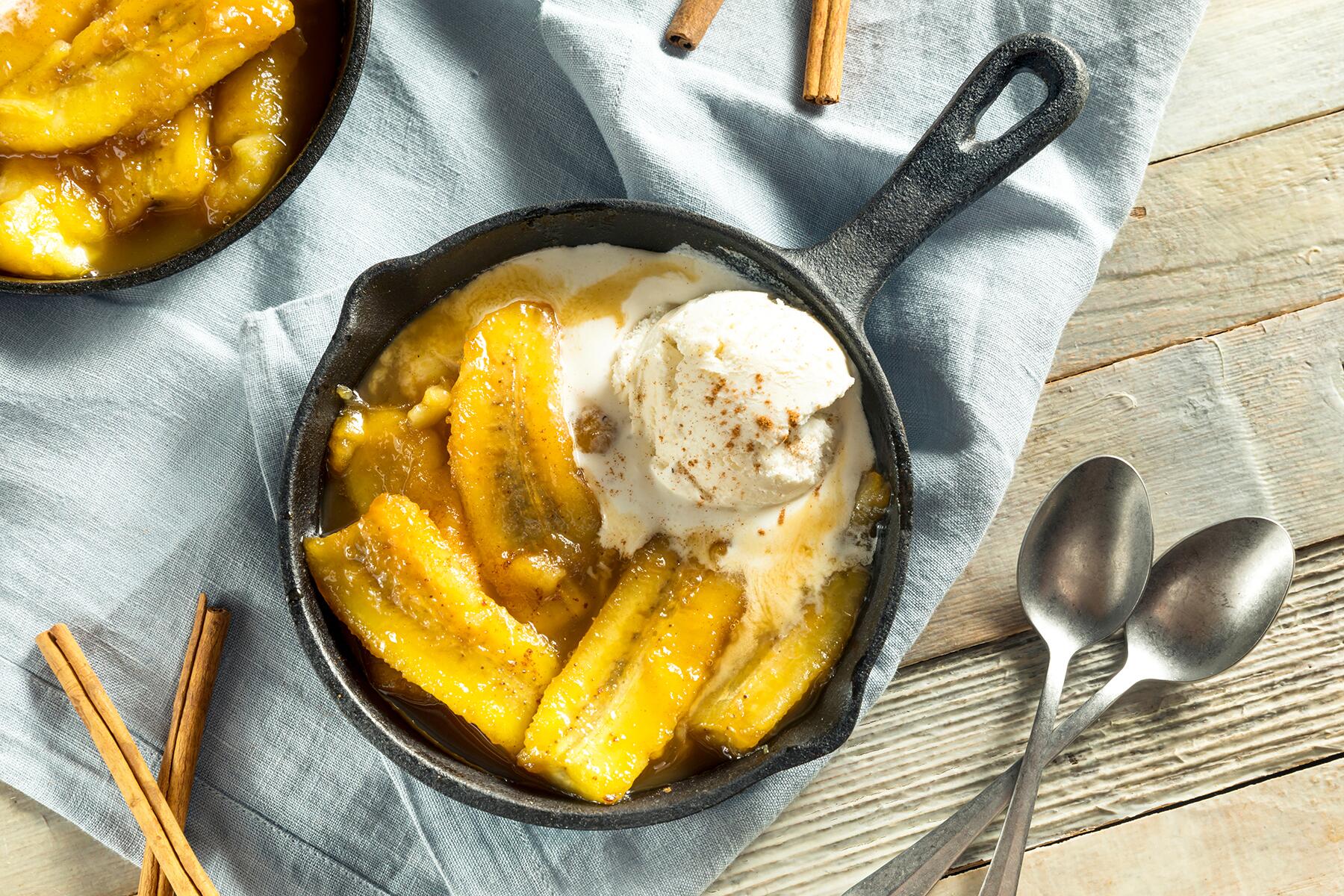 Something as decadent and spectacular could only come from New Orleans. And not only does it come from New Orleans, but it also comes from the family behind one of New Orleans’ most iconic restaurants. Before opening the famous Brennan’s on Royal Street, Owen Brennan operated the Vieux Carré restaurant on Bourbon Street. During that time, Owen came to his sister Ella and asked her to come up with a new, special dessert for a dinner honoring Richard Foster’s appointment to chairman of the New Orleans Crime Commission. Oh, and by the way, could she have it for that night? Finding the kitchen had a surplus of bananas, Ella was inspired by a banana brûlée breakfast her mother would make. By the end of the night, this glorious confluence of caramelized bananas, rum, and—of course—vanilla ice cream had made its debut. 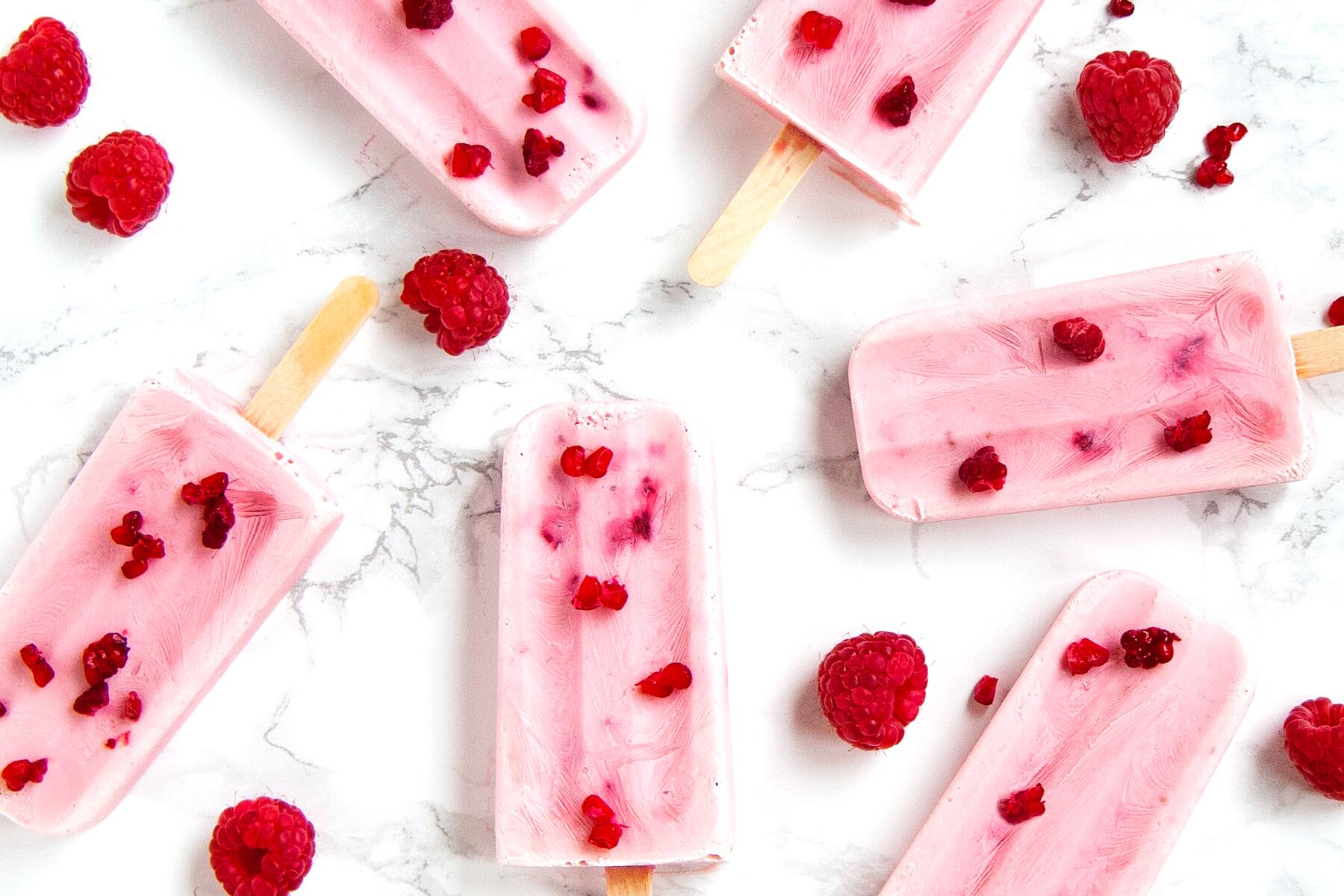 PHOTO: Photo by Daniel Öberg on Unsplash
5 OF 10

We so often associate frozen treats with childhood—dashing to the ice cream truck in the summer or walking on the boardwalk during a beach vacation. So it seems only appropriate that, somewhere along the line, a kid would make their own contribution to this esteemed company. In 1905, Frank Epperson, an 11-year-old from the San Francisco Bay Area, left a soda with a stirring stick in it outside overnight. In the morning, he discovered it had frozen during the night. He dubbed his invention an “Epsicle” (a combination of “icicle” and his last name). Epperson would go on to sell his invention around his neighborhood and Neptune Beach amusement park. In 1924, Epperson’s own children would insist that he change the name to Pop’s ‘sicle or, simply of course, “Popsicle.” 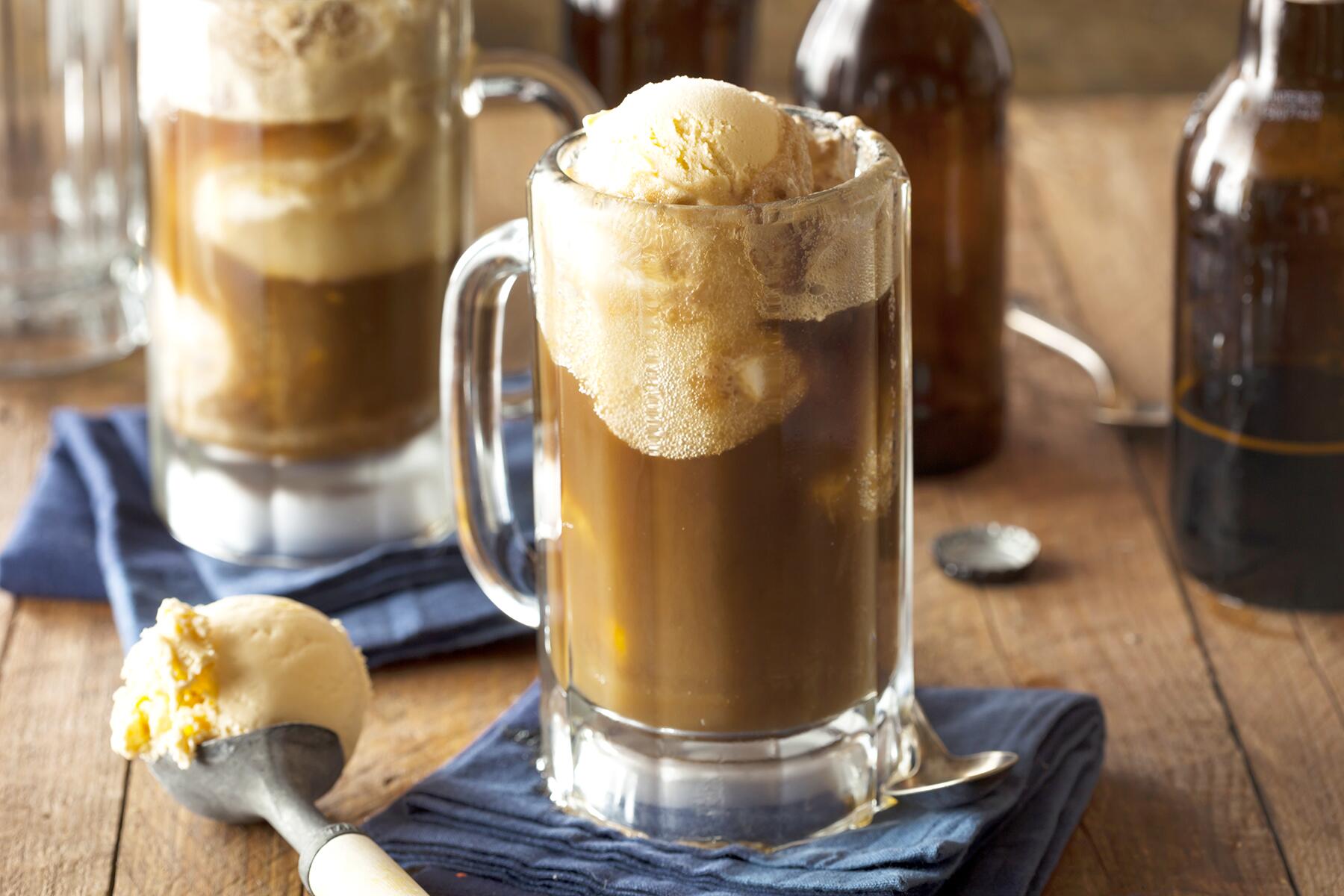 On a hot day in 1874, Philadelphia pharmacist Robert McCay Green ran out of ice. Or, according to some versions, cream. Or, according to others, Green was simply a savvy businessman looking for a way to distinguish himself from his competition. Whatever version you go with, the important thing is that Green had the brilliant idea of putting a scoop of vanilla ice cream with flavored soda. It wasn’t long before the idea caught on and the floats became staples of soda fountains everywhere. But Green wouldn’t let the world forget who did it first, insisting that his gravestone bear the words “Originator of the Ice Cream Soda.” 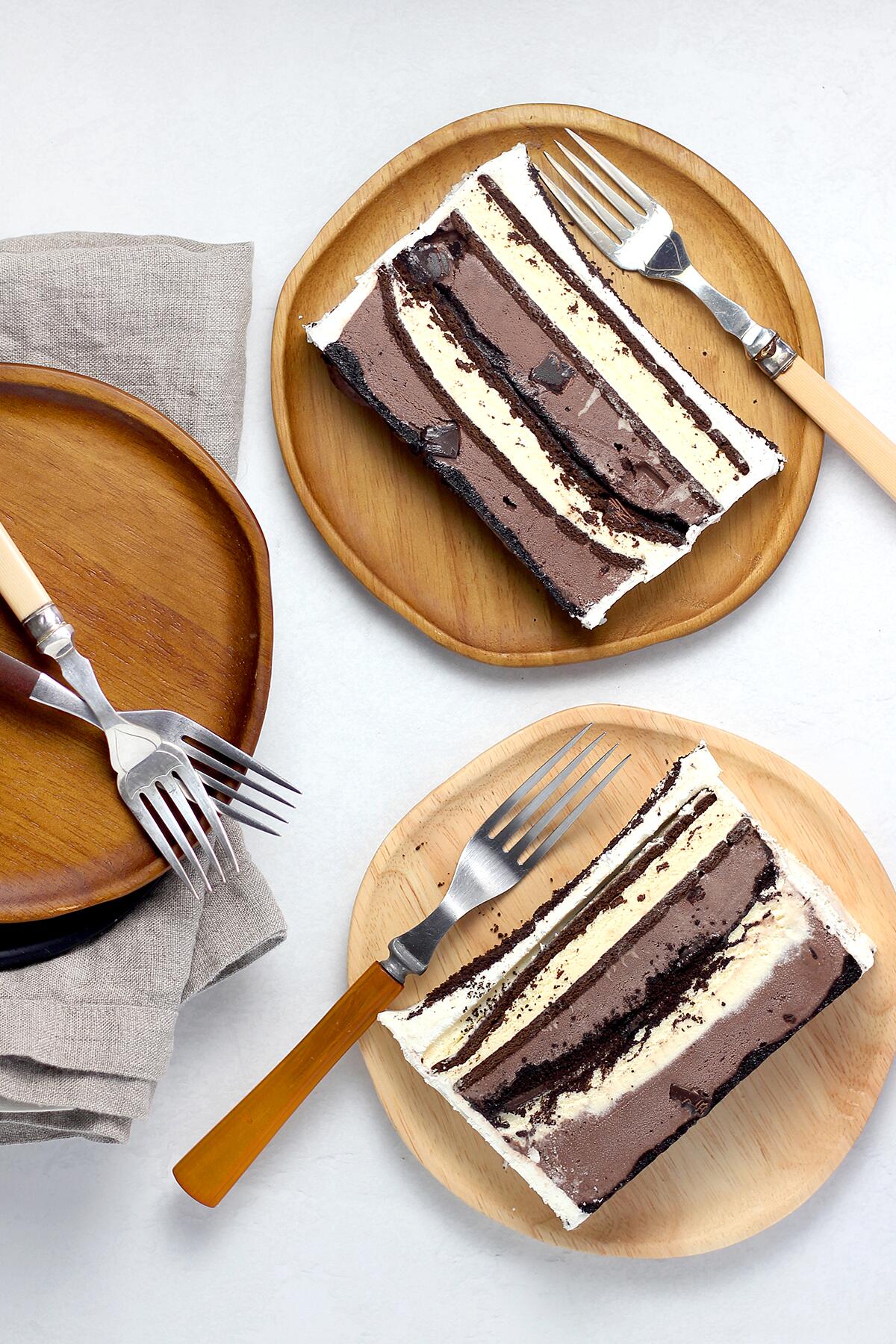 PHOTO: Photo by sheri silver on Unsplash
7 OF 10

The decadent combination of “ice cream” and “cake” seems like the kind of indulgent combo that could only come from the United States. However, ice cream cake actually originates from across the pond in England. Victorian England, to be specific. Before using cake and ice cream, Victorians would sandwich cream and biscuits or fruit together. Known as “bombes,” these treats were molded into spherical shapes that resembled cannonballs (hence the name). 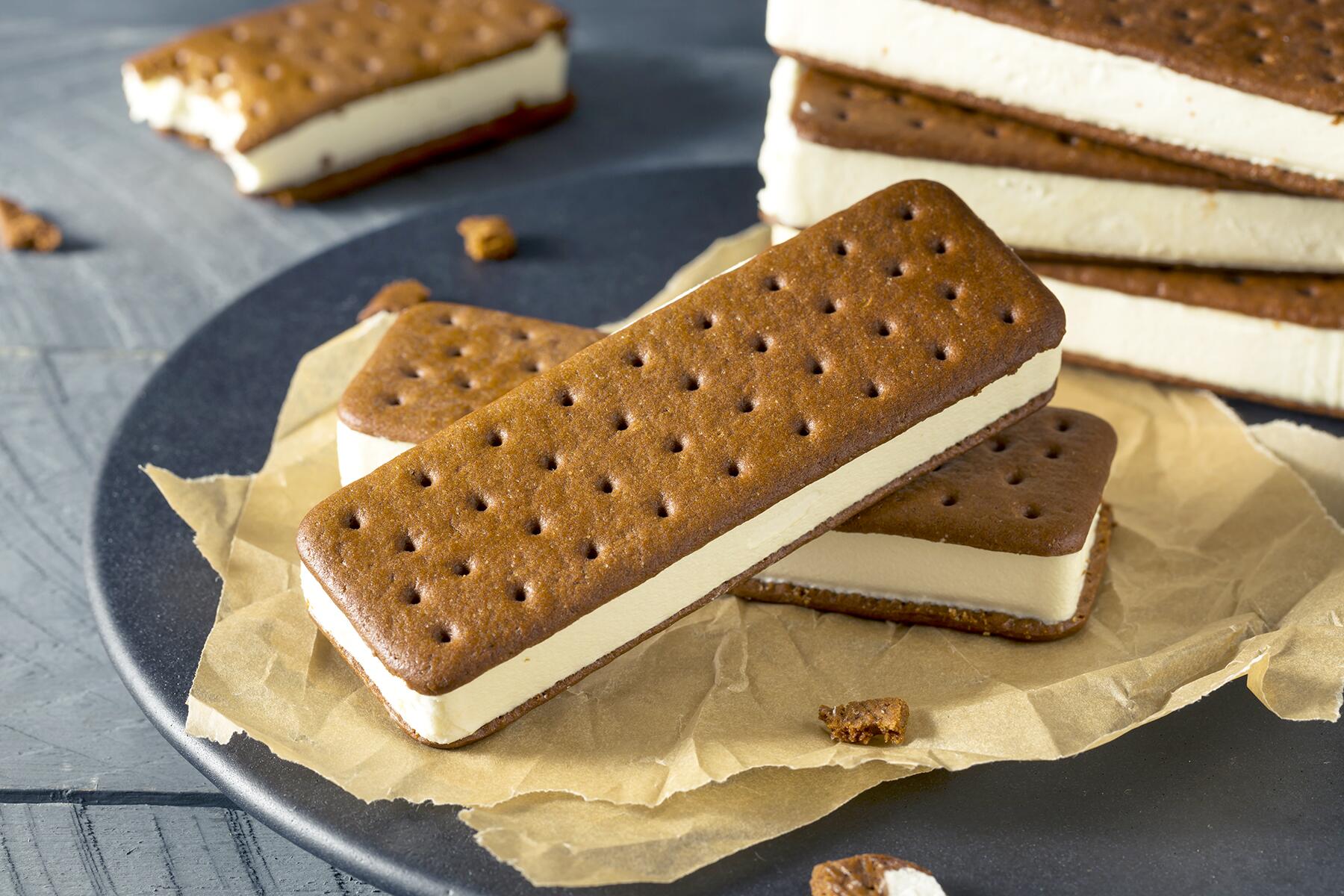 The earliest known mention of the ice cream sandwich appears in New York City in 1899. It used to be that vendors would cut out slabs of ice cream called a “hokey-pokey.” But one pushcart vendor in the Bowery got the idea to sandwich the ice cream in between two wafers and voila, the ice cream sandwich was born. According to The New York Times, a contemporary described the process and how vendors “turns it out into the grimy little paw awaiting it.” 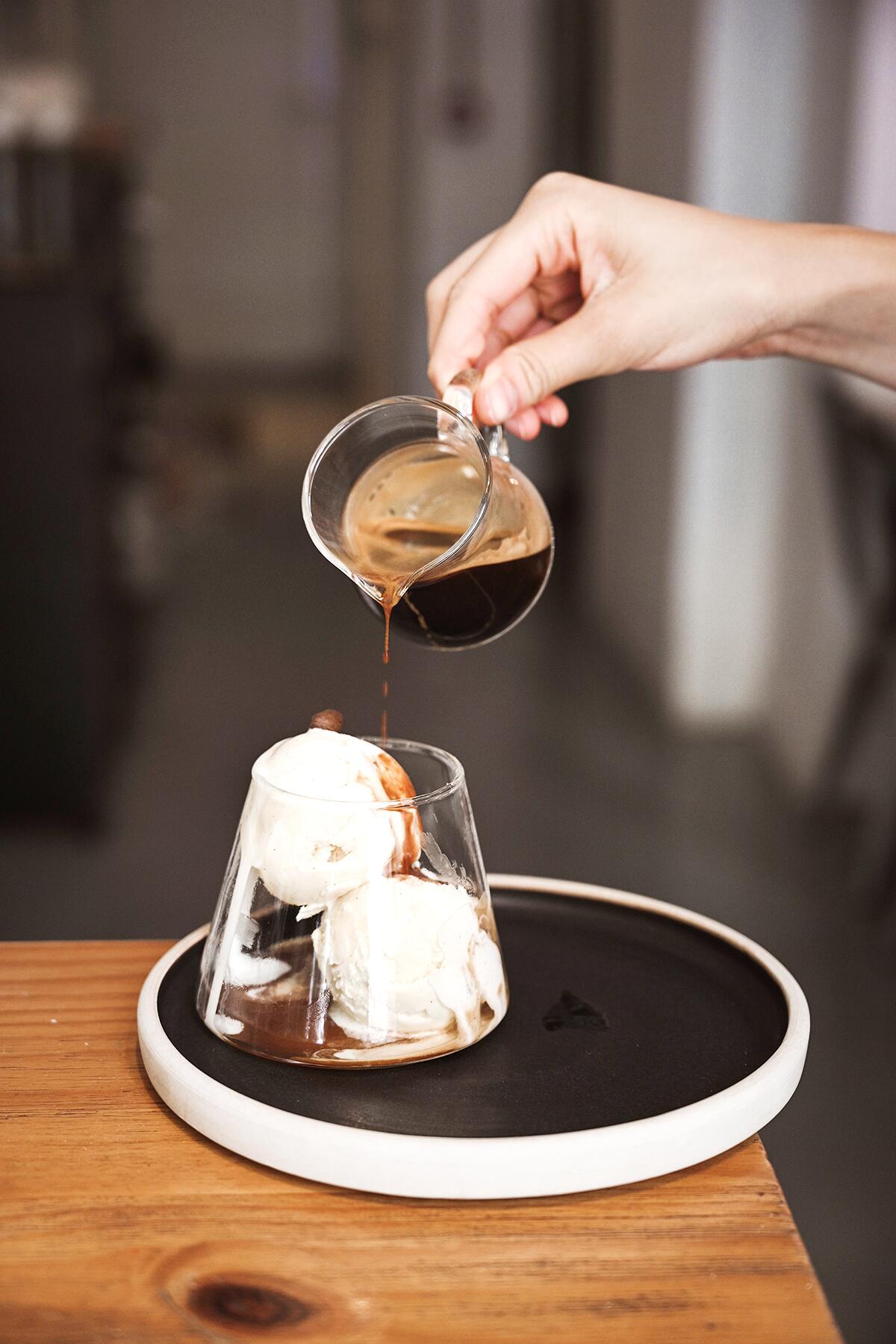 “Affogato” in Italian simply translates to “drowned.” A straightforward description of a drink (dessert? both?) that’s espresso poured over a scoop of vanilla gelato. While this treat (whatever you call it) is indisputably Italian, it’s not entirely clear when or exactly where in Italy it originated from. Whatever the case, it’s become a classic Italian dish for people everywhere who’d prefer not to choose between caffeine and dessert. 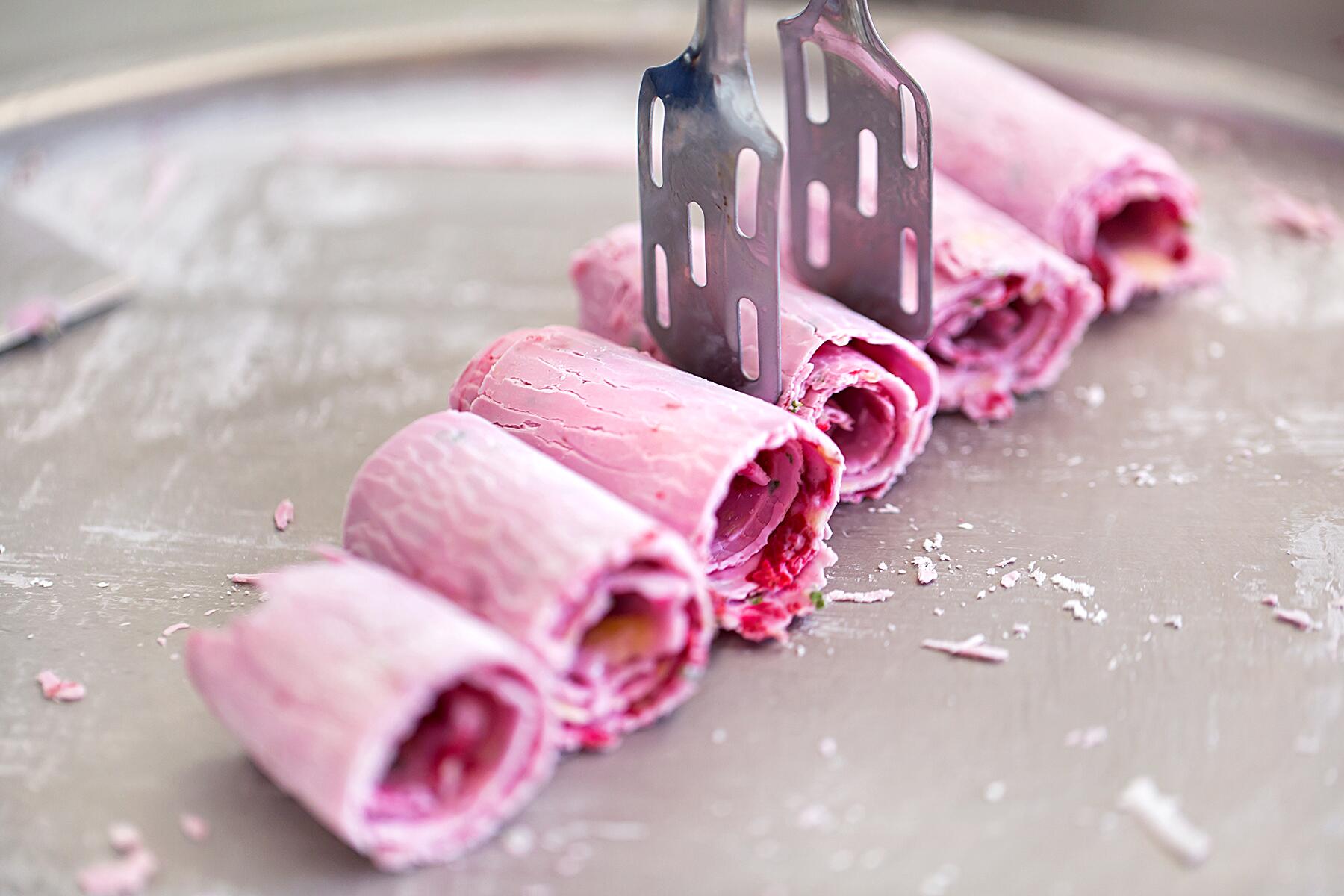 Unlike some of these other frozen classics, stir-fried or rolled ice cream’s genesis is relatively recent and much more readily traceable. It originated in Thailand in 2009 and the visually entrancing way it’s made (cream and sugar is spread over a large, freezing plate, and then scraped into rolls) made it ripe to capture people’s imagination via viral videos on social media.