No need to learn Serbian or Guyanese—at these far-off locations, almost everyone knows at least a little bit of English.

Maybe you never paid much attention during your French or Spanish classes in high school. You were probably too busy building paper airplanes, flirting with someone in the seat next to you, or secretly making fun of your teachers to really worry about feeding your brain. Or perhaps you took a semester or two of Italian or Mandarin at university, but discovered foreign languages simply weren’t for you.

If you number among the linguistically challenged (or are too preoccupied or lazy to study world languages) overwhelmed by the notion of wandering through a non-English speaking environment, don’t sweat too much. Swaths of the planet are still open to you to explore. Simply stick to cities and countries where everyone—or at least a significant portion of the population—knows how to converse in English, and you’ll do just fine. 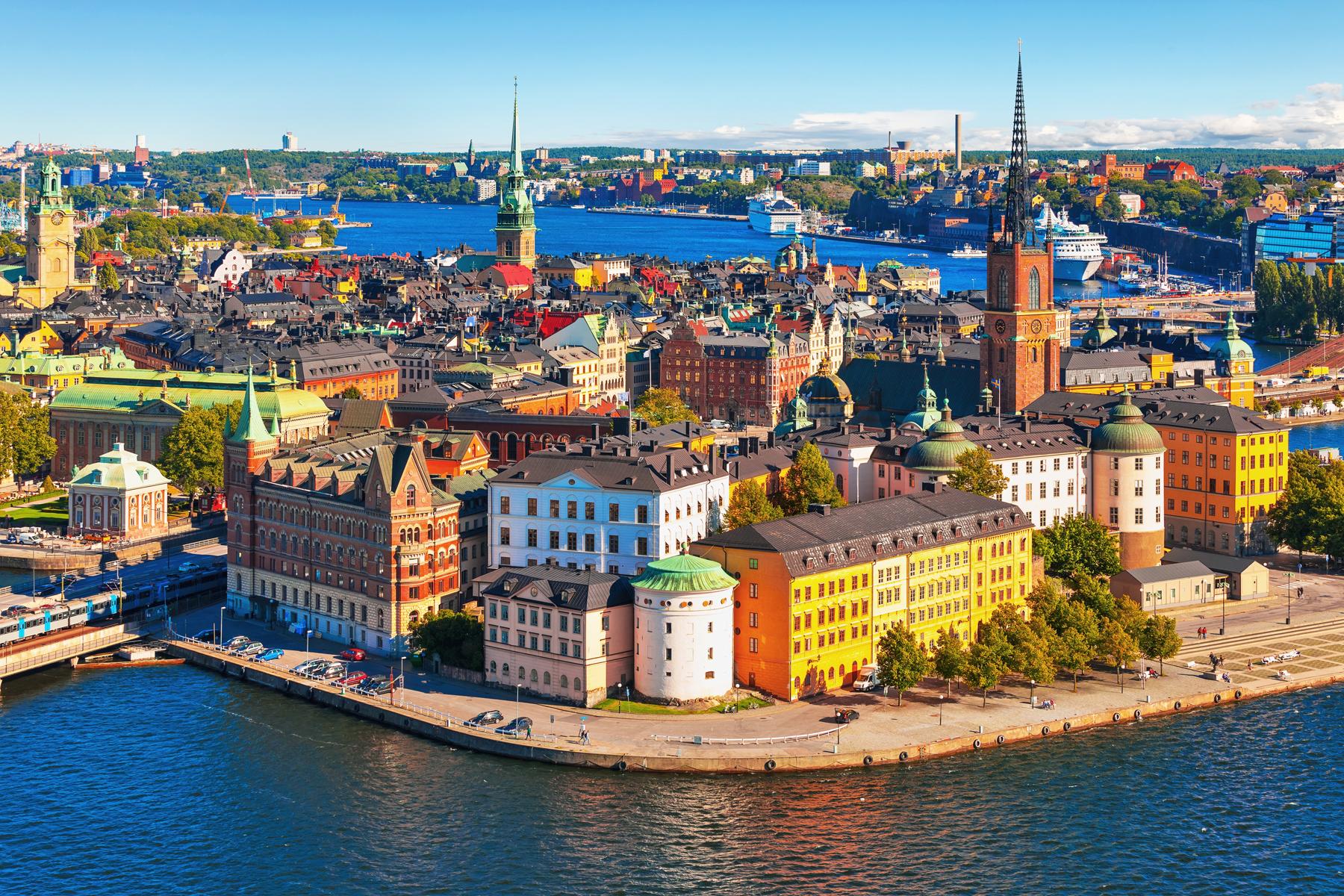 According to EF Education First English Proficiency Index, Sweden is one of the best non-English speaking countries—but actually kind of a de facto English-speaking locale anyway—on the planet to visit. The land of the Swedes, famed for Viking culture and gelatinous lutfisk (dried white fish combined with lye) clocks in at number two on the index. Sweden abounds with locals who can parlay in English with exceptional skill, and are happy to do so. Some Swedes might even have a better grasp of the complexities of English grammar than you do. 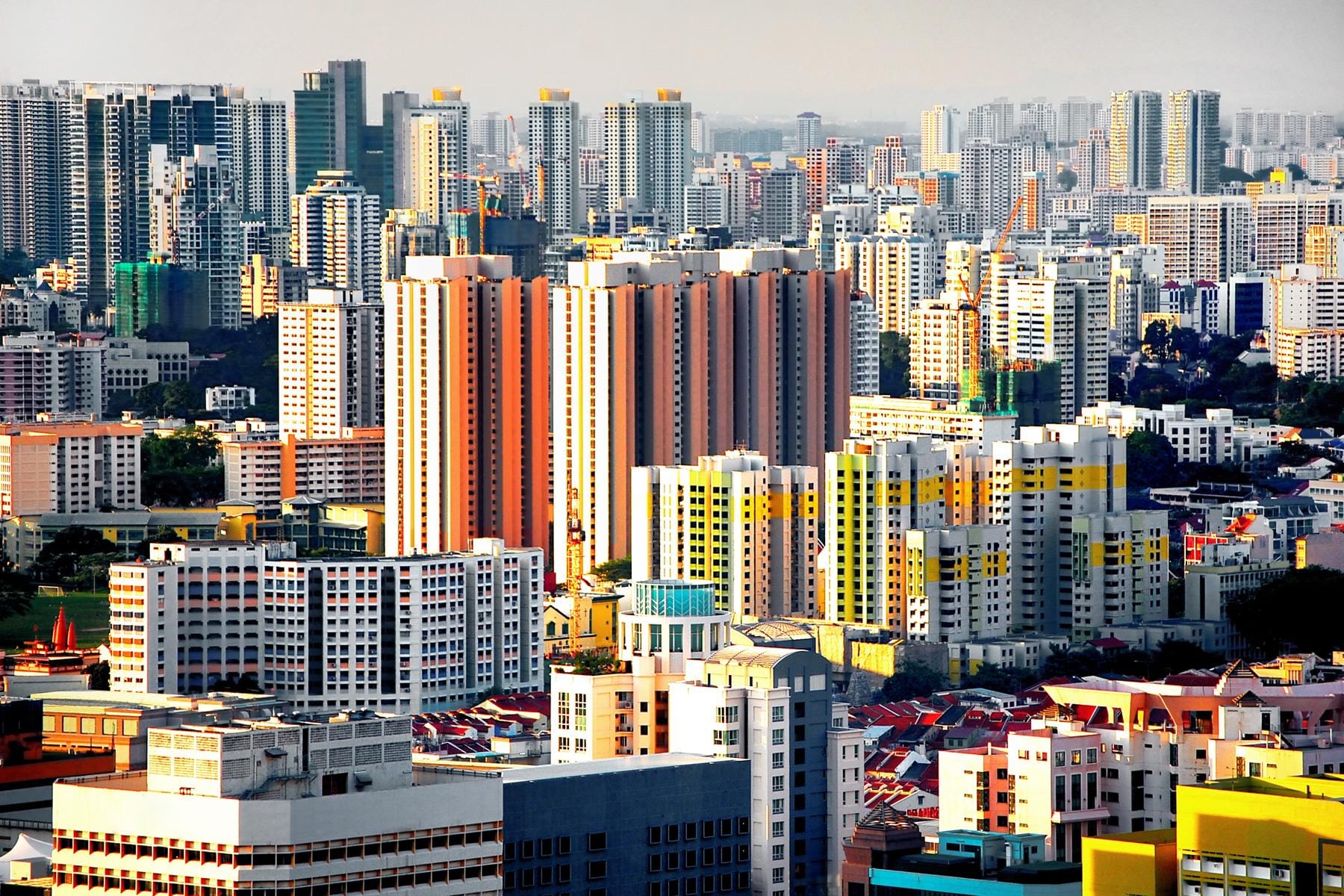 A bit of controversy surrounds Sir Thomas Raffles (credited with founding Singapore) these days, as well as some of the darker aspects of colonial rule in Southeast Asia in general. And while you’ll undoubtedly run into some dodgy colonial malfeasance when digging into Singapore’s past, there’s no denying the fact that English, which is one of this island nation’s four official languages (along with Malay, Mandarin Chinese, and Tamil) permeates society everywhere you look. If you want to drop in on a hip, culturally diverse spot, but worry about being understood, Singapore, located at the southern tip of Malaysia, is the perfect place to kick off your Asian voyages. 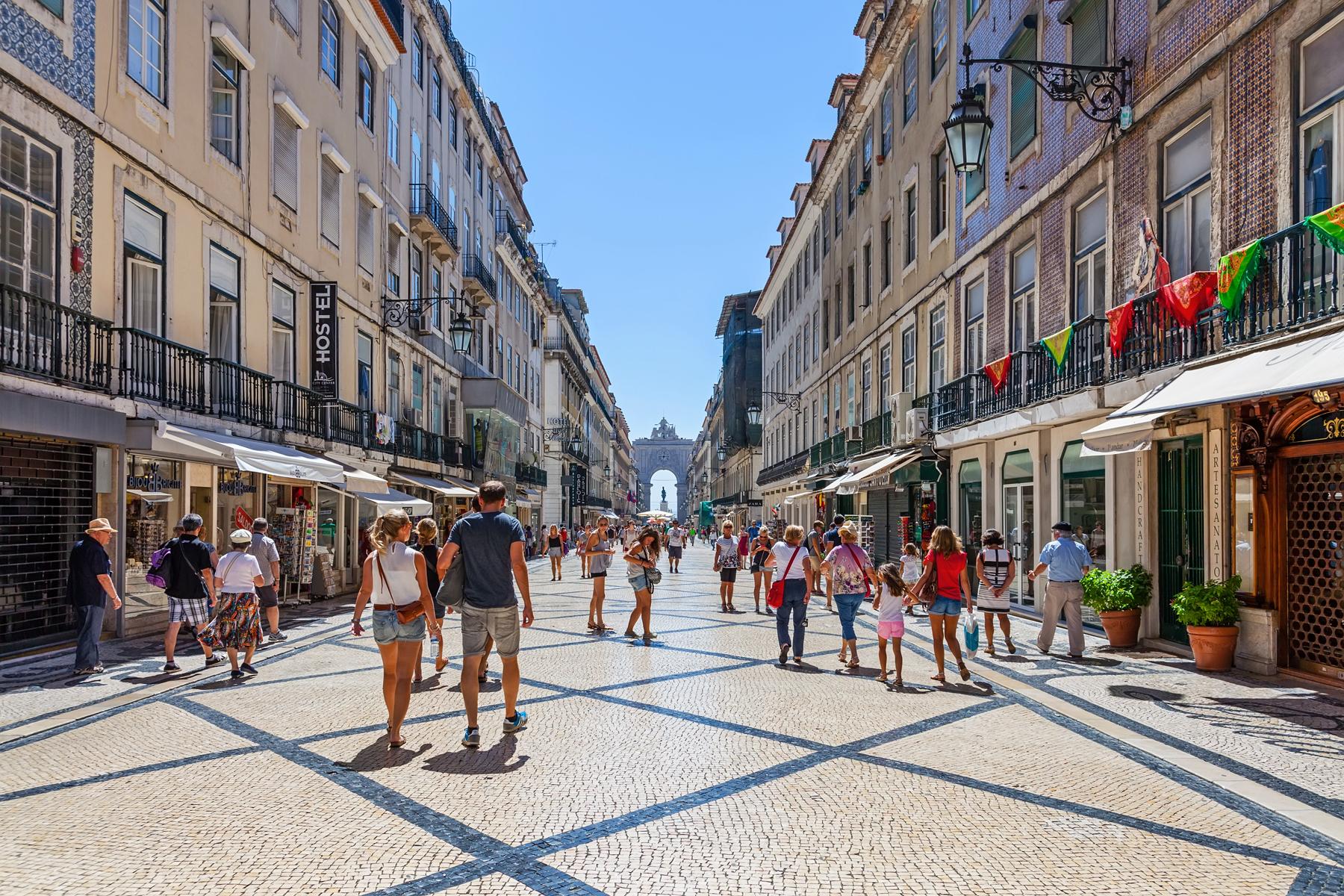 According to the famous refrain from the song “The Rain in Spain” (from the musical My Fair Lady), “the rain in Spain stays mainly in the plain.” And while that may or may not be a meteorological certainty, it’s plain to see that after traveling in Spain, you’ll encounter plenty of people who are uncomfortable speaking in English. But that’s definitely not the case for Spain’s smaller neighbor, Portugal. The top ranking country speaking a Romance language on the EF English Proficiency Index, Portugal, which is becoming a hub for the startup world and tourism, is chock-full of folks who speak fluent English (not to mention Spanish, and quite often French as well). Just make sure you ask for petiscos, not tapas, when ordering snacks to nibble on, and that you understand that Portugal is not a part of Spain, as that error could infuriate some of the very polite locals. 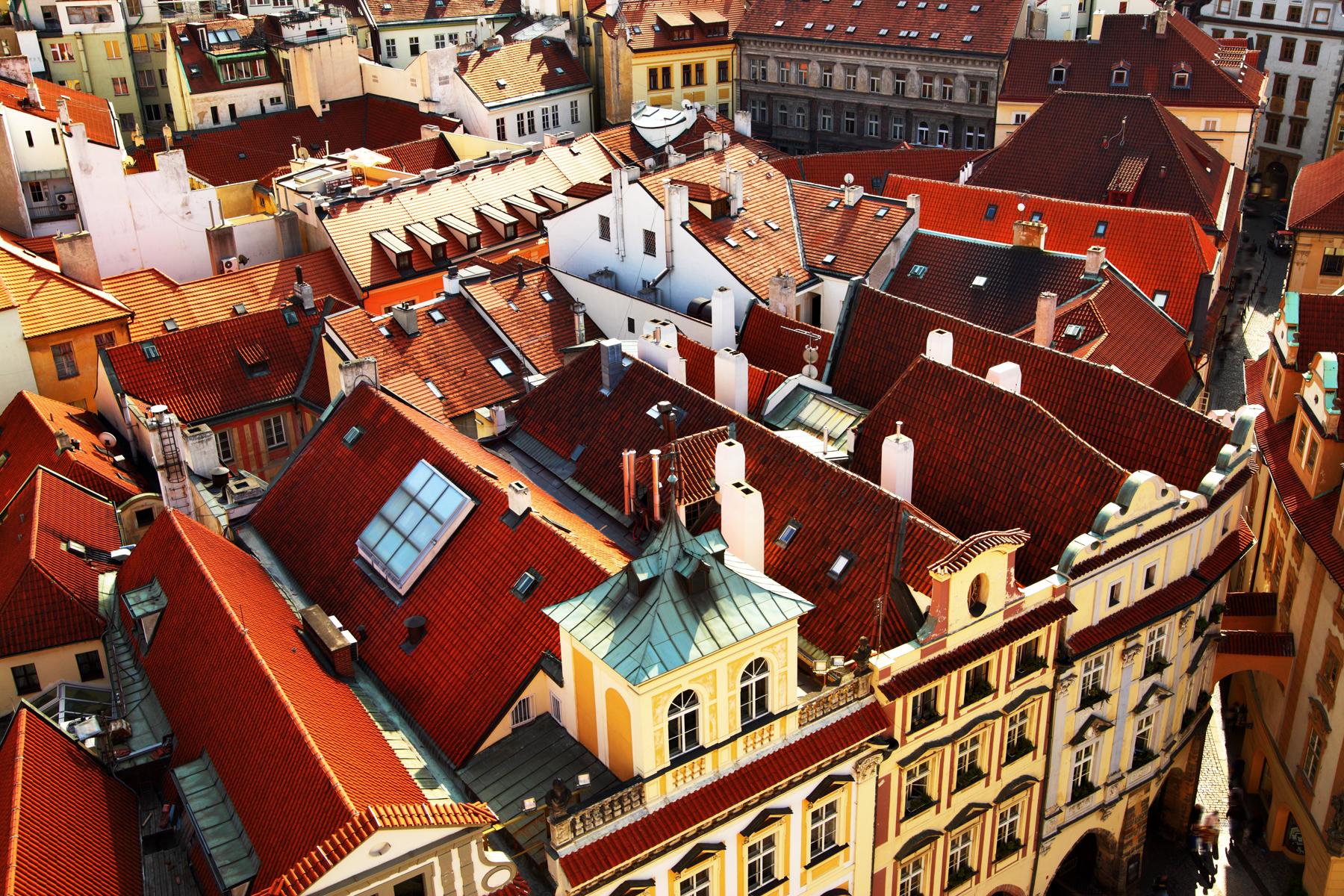 In the Czech Republic, you’ll run across a heap of hospody (pubs), oceans of great beer (Pilsner Urquell, Staropramen, Svijany, and more) and some of Europe’s most astounding architecture (especially in the capital of Prague), from the Gothic and Baroque to Cubism and Art Nouveau. Another thing you’ll notice is a fairly high level of English proficiency, particularly among the younger generations of Czechs, who value education and tend to invest in English lessons when they can, which makes traveling in the Czech Republic a relative cinch for non-Czech speakers. 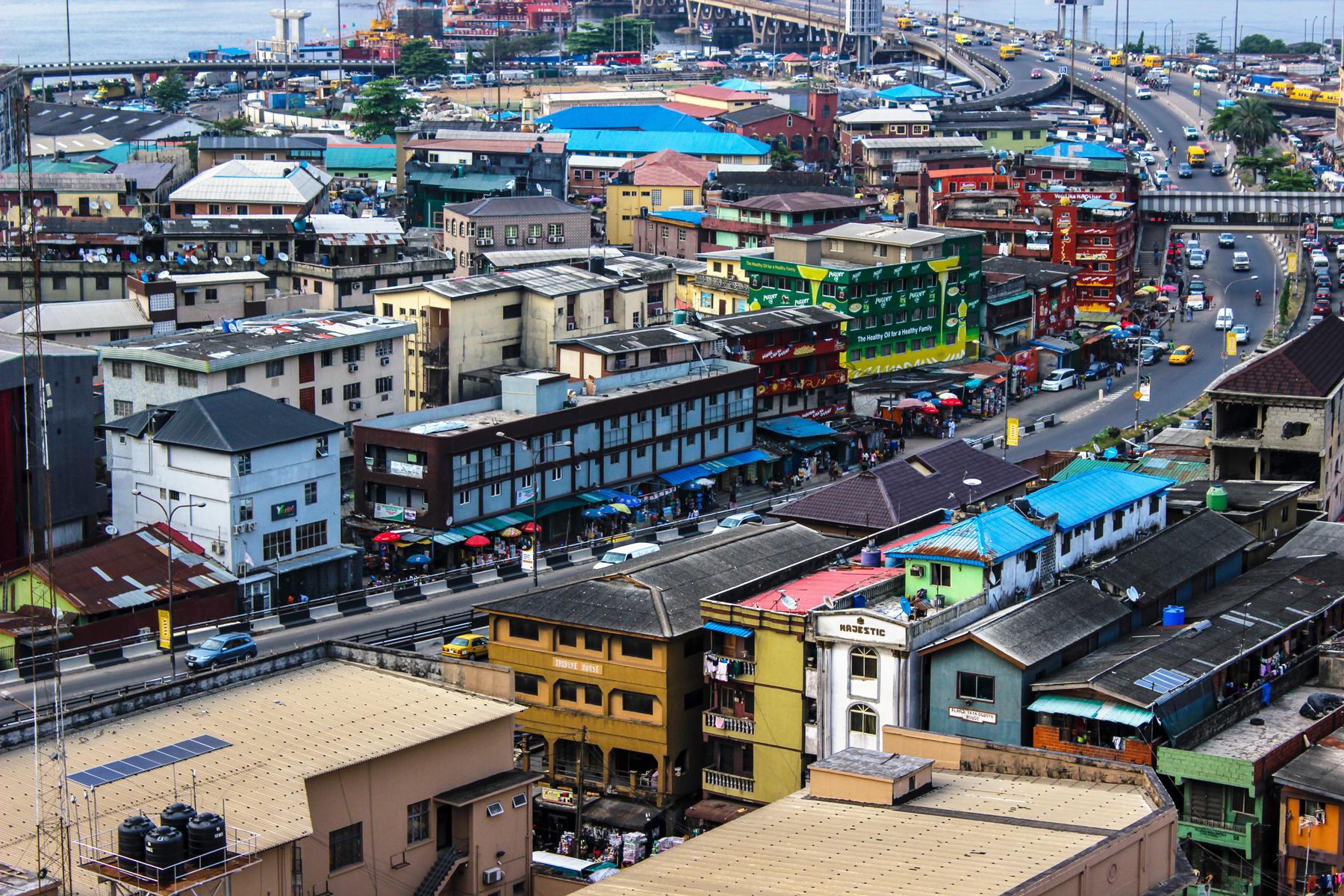 Nigeria has a complex linguistic landscape, to say the least. With more than 500 languages spoken in the country, it’s not always a given that everyone is on the same philological page, especially when venturing out of the main urban areas. But as it turns out, due to British colonial influence, English is the state language (you’ll hear plenty of French too), which means if you’ve plopped down in the heart of Lagos (the nation’s largest city), you’ll bump into all kinds of fascinating English speakers to chat with. And you might even get the chance to enjoy some local cinematic fare blossoming out of Nigeria’s thriving “Nollywood” film industry. 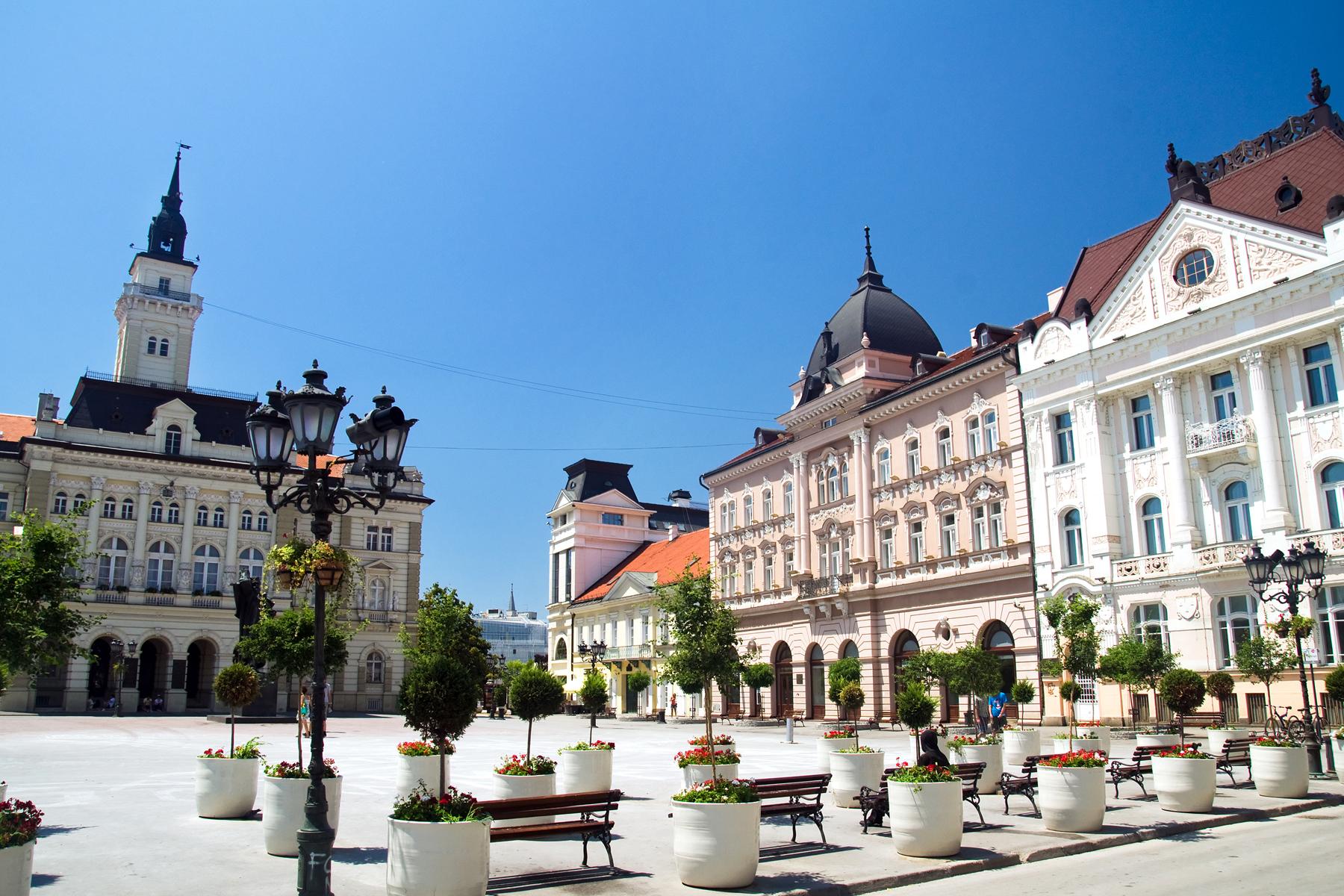 Serbia is picturesque place, full of warm and inviting people. Despite the country’s brutal history over the last few decades, tourism and English are flourishing inside this landlocked Eastern European nation. Serbs study English in primary schools and at university, which means the general level of English is rather high. From the capital of Belgrade and the university town of Niš to the castles overlooking the Danube, or perhaps Djerdap National Park and its impressive vistas, English should serve you well (not as well as Serbian, of course) as you amble across Serbia’s metropolitan and natural settings. 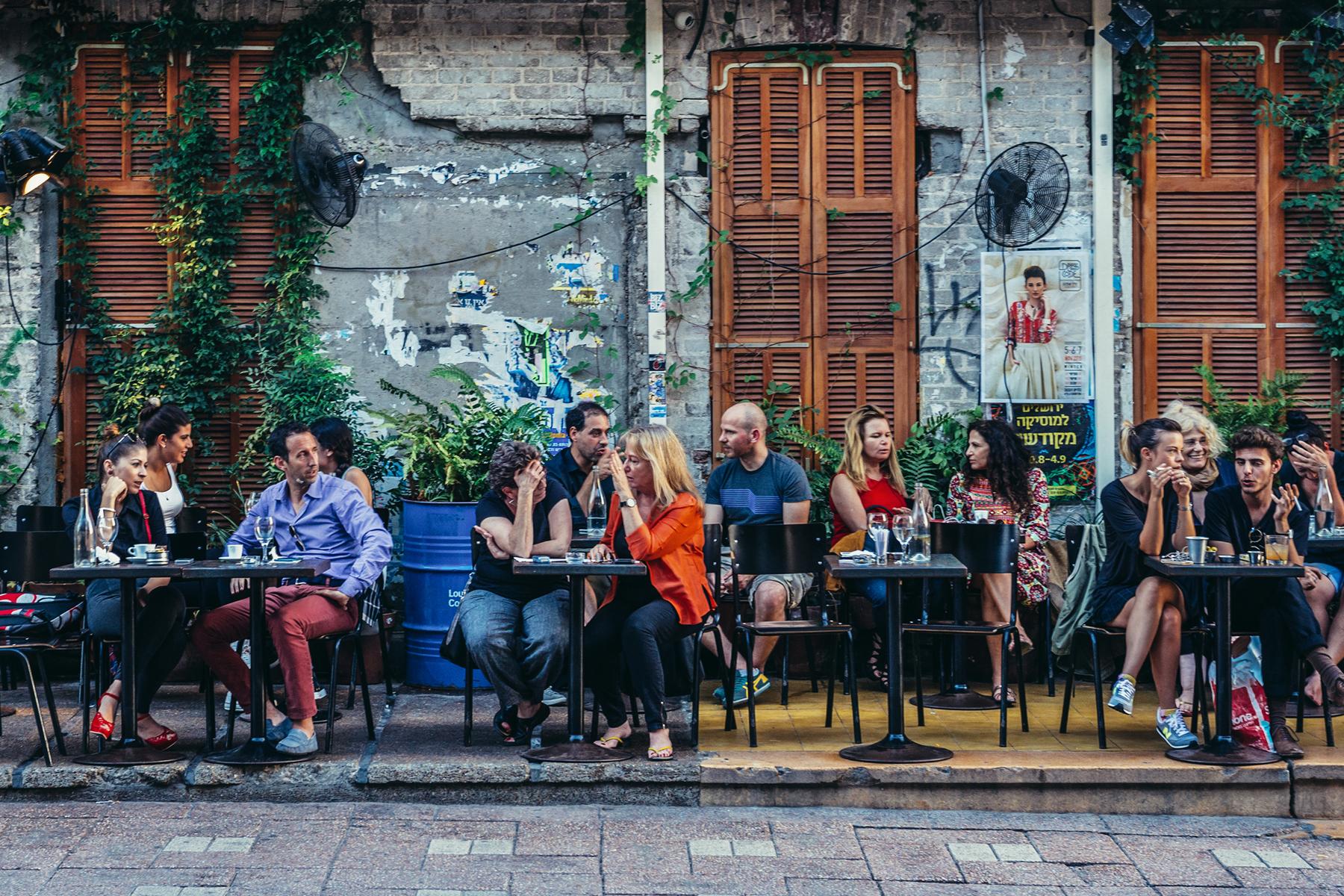 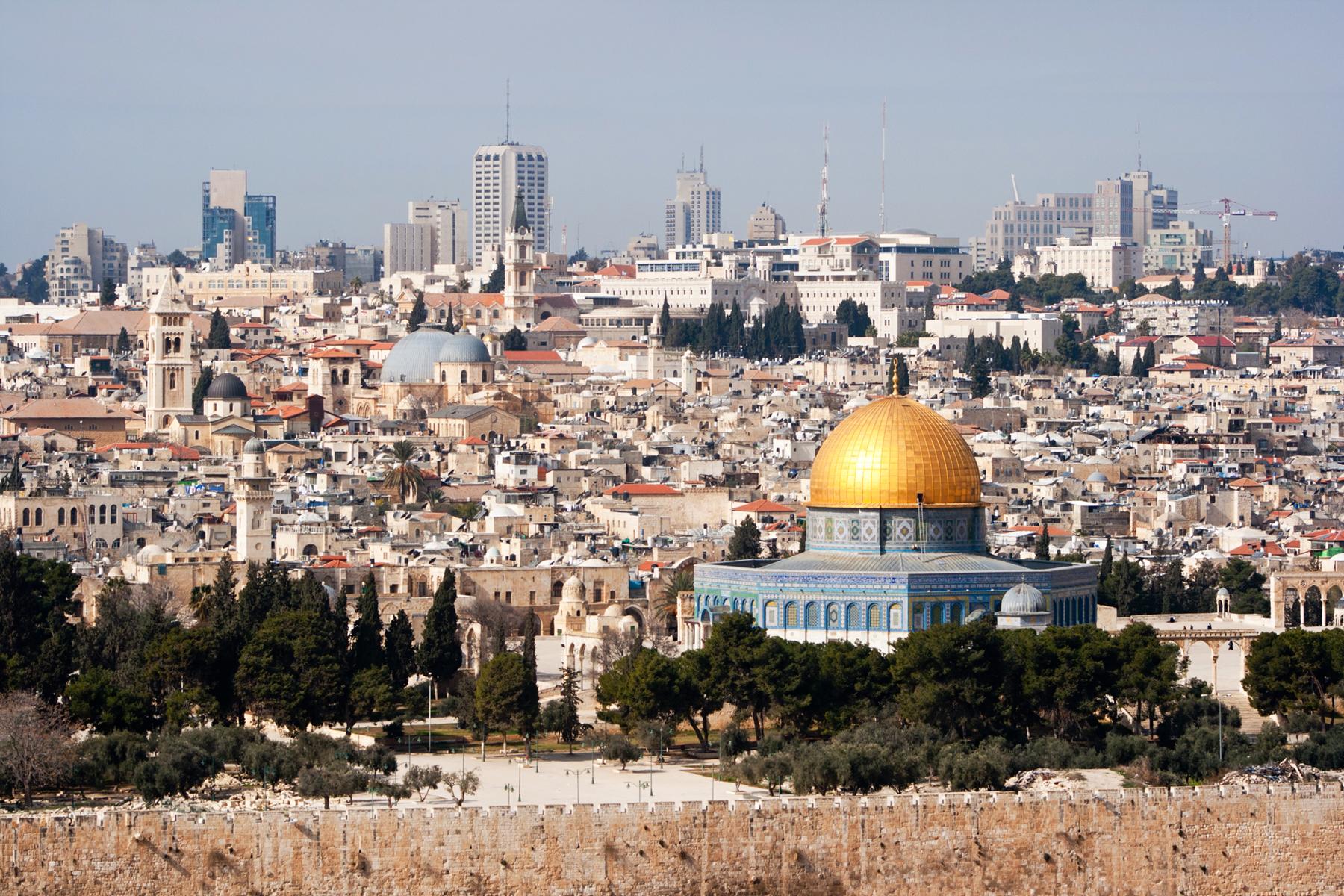 PHOTO: VanderWolfImages | Dreamstime.com
Previous Next
7 OF 13

English, Arabic, and Hebrew were once the official languages of Israel, but then English got the boot (leaving only Arabic and Hebrew). But in practical day-to-day terms, English held its ground. American influence has had a hand in keeping Israeli English levels strong, and an onslaught of English language media (movies, video games, television series), tourism, and the fact that many Israelis often live overseas for decent stretches of time has helped as well. If Arabic, Hebrew, or even Russian (Israel is full of people who immigrated from Russia) aren’t your grammatical cup of tea, you should get along swimmingly with English. 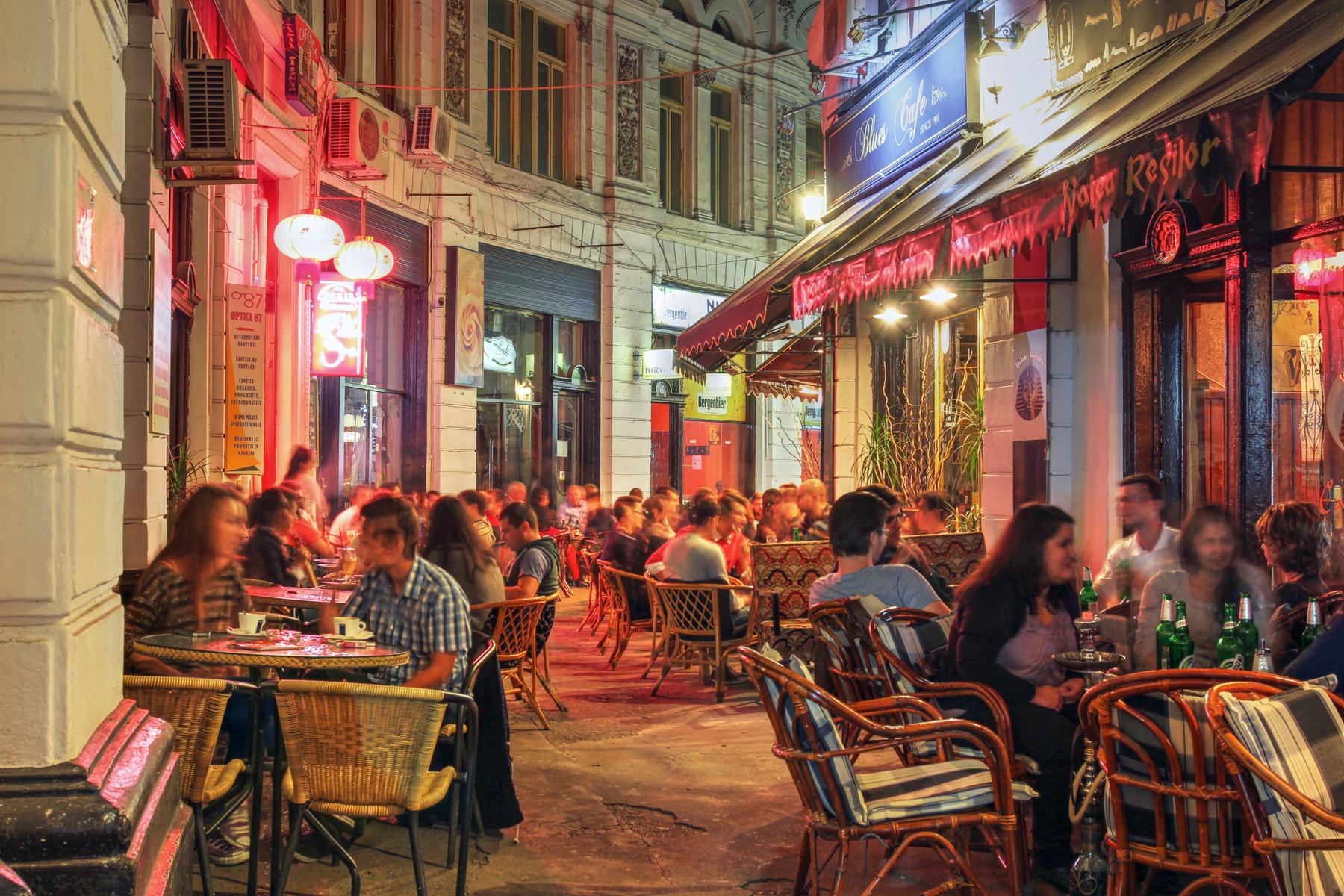 Romania is a fantastic destination for English speakers. For alpine-oriented individuals revving to ramble up into the drop-dead gorgeous Carpathian Mountains (please don’t literally drop dead, as that’s bad for tourism), or city dwellers exploring historical gems like the city of Brașov, or Bran Castle (possibly once the residence of Vlad the Impaler, a man who was the historical basis for Bram Stoker’s Dracula), an abundance of English-speaking Romanians will make your travels that much easier. Simply try a few words in English, wait a moment, and you’ll likely meet someone who’ll reply in English and help you along your way. 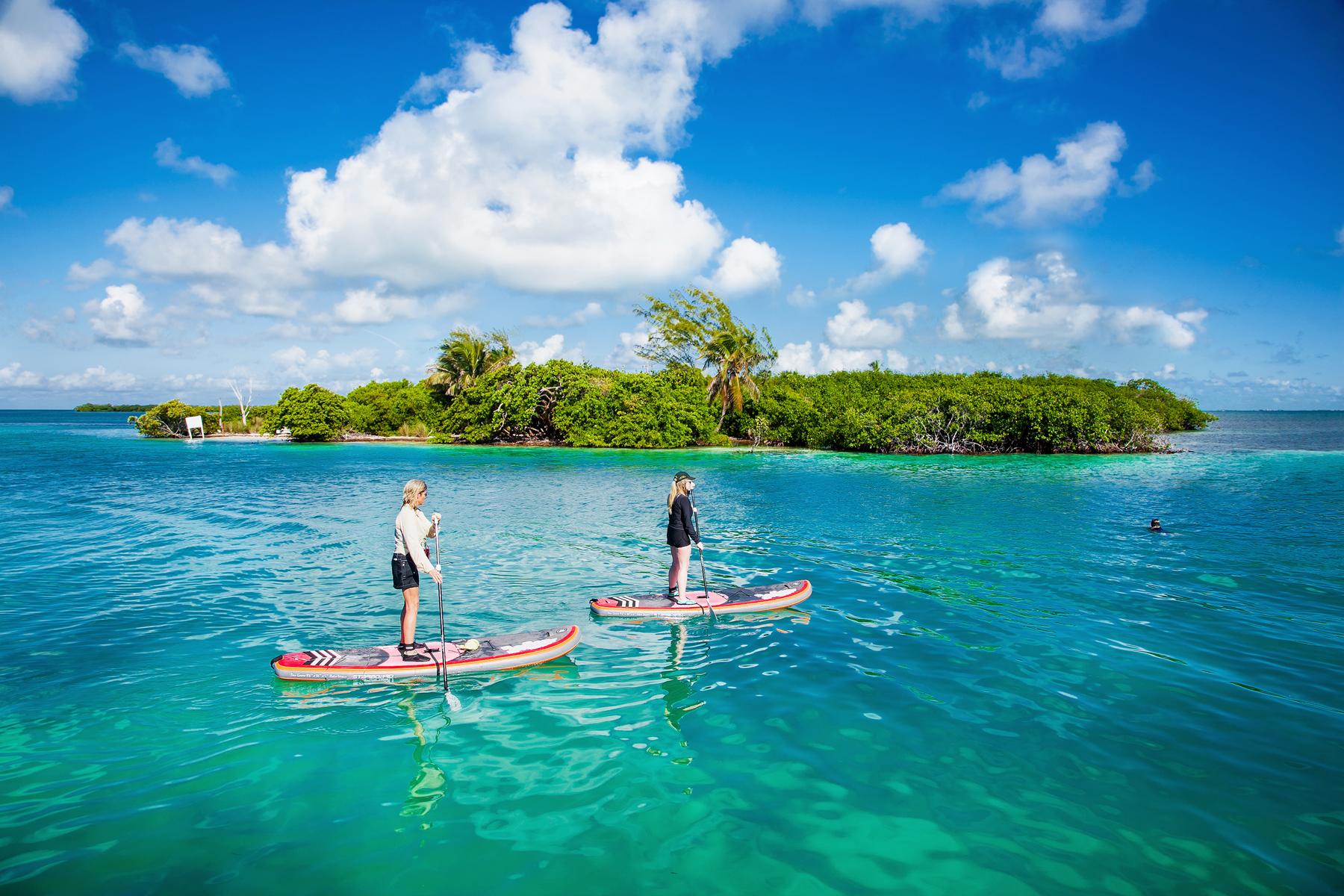 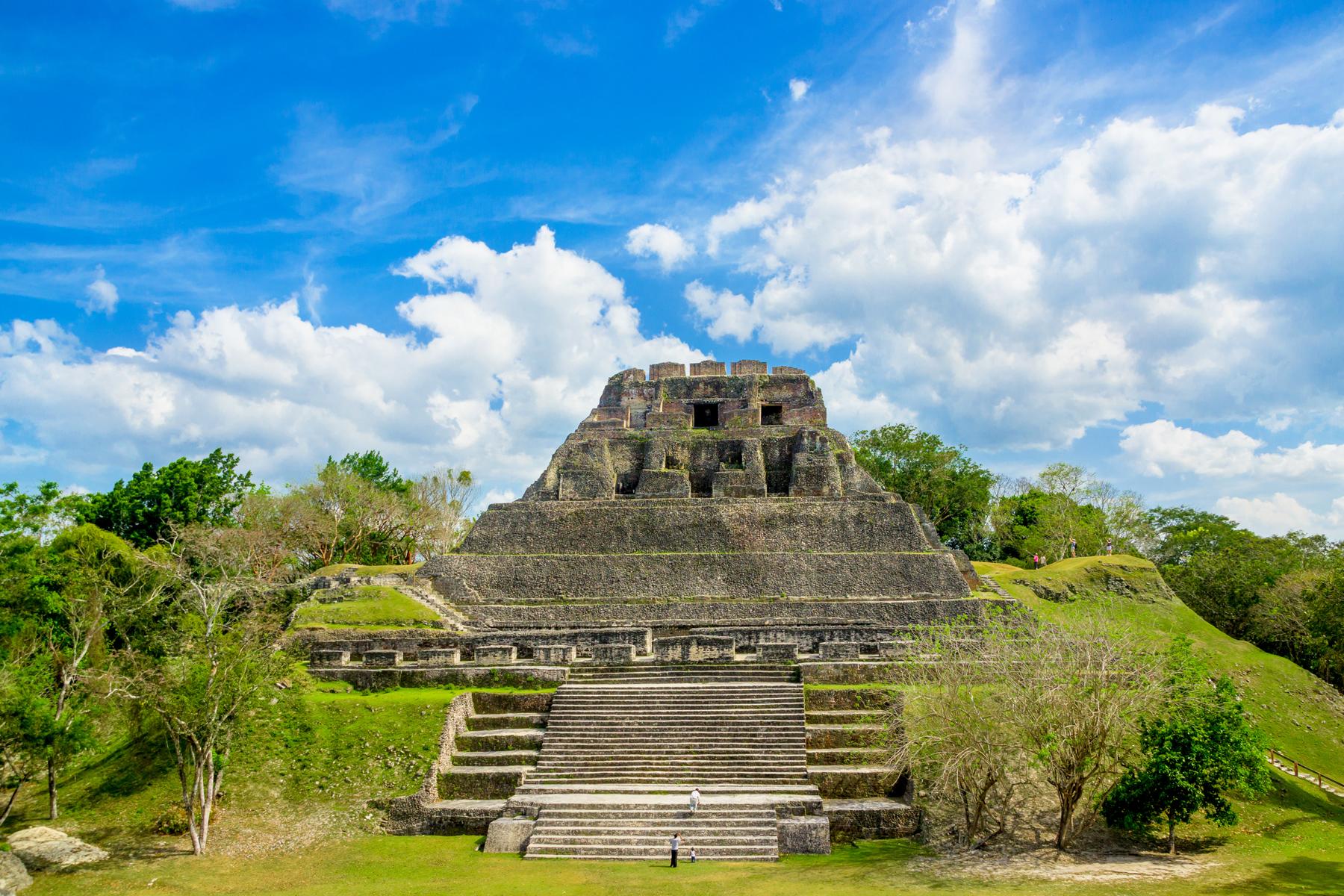 PHOTO: Pxhidalgo | Dreamstime.com
Previous Next
9 OF 13

Bet you thought you’d have to brush up on your Spanish for a trip to Central America, didn’t you? Normally that would be the case—but not so for tiny Belize. Belize is a former British colony, once referred to as British Honduras. That historical tidbit means (you guessed it) English is the official language of this independent slice of Caribbean real estate. With a growing community of retirees from the United States and Canada putting roots down in Belize, you’ll catch plenty of American and British English thrown into the local linguistic mix, which should make any native English speaker feel right at home. 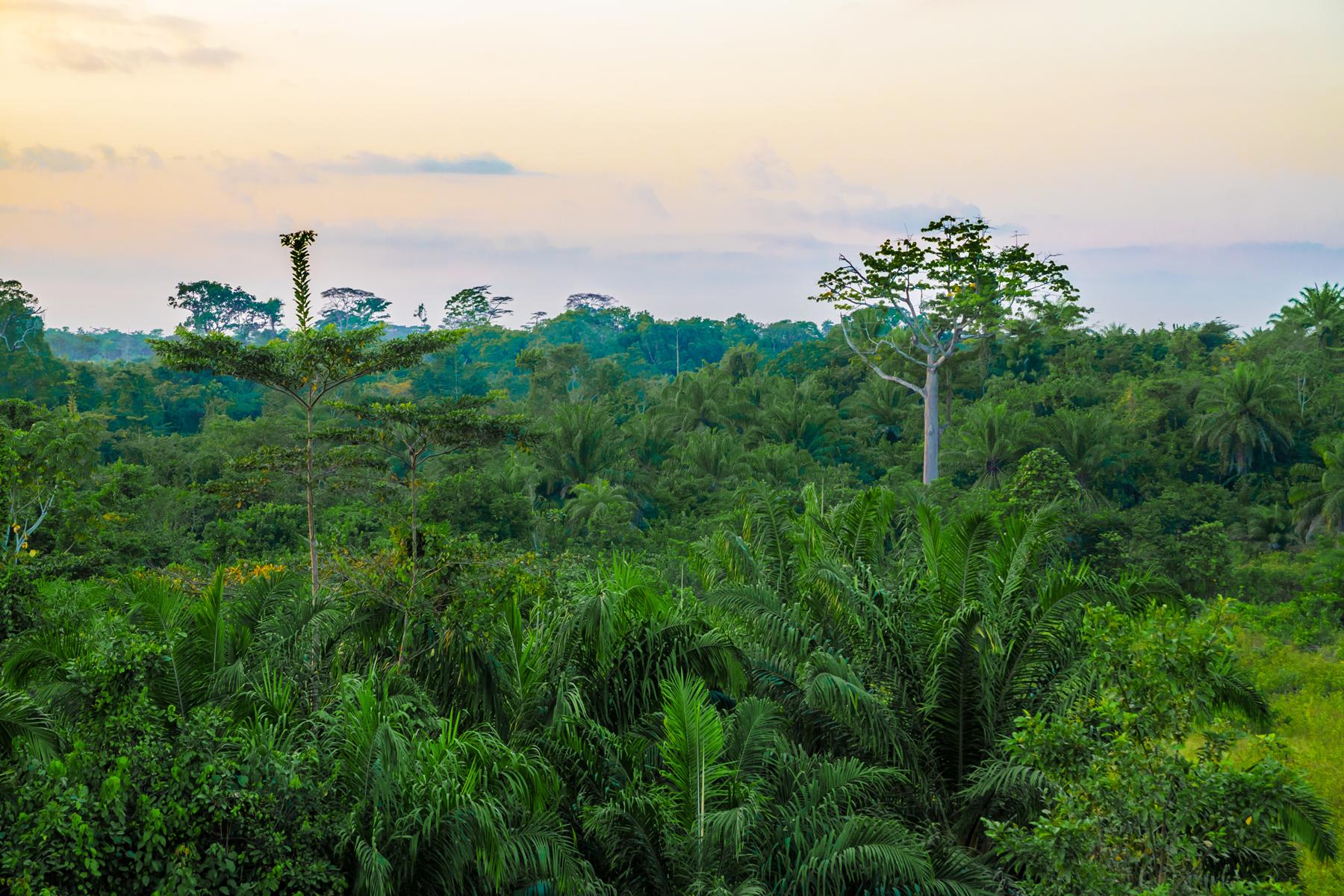 The national language of Liberia is English. Well, kind of. The official language of this West African nation, founded by freed slaves from the United States, is “Liberian English.” The good news (for people who struggle with foreign tongues) is that the basic form of Liberian English has a lot in common with American English, and dialects spoken by African Americans in the early 1800s. The bad news, well, not bad per se, but perhaps adding another level of difficulty for some, is that many Liberians speak Liberian Kreyol (a kind of Pidgin English), which can take some getting used to. But at the end of the day, Kreyol is a heck of a lot easier for English speakers to wrap their heads around than Mongolian, or Finnish, for example. 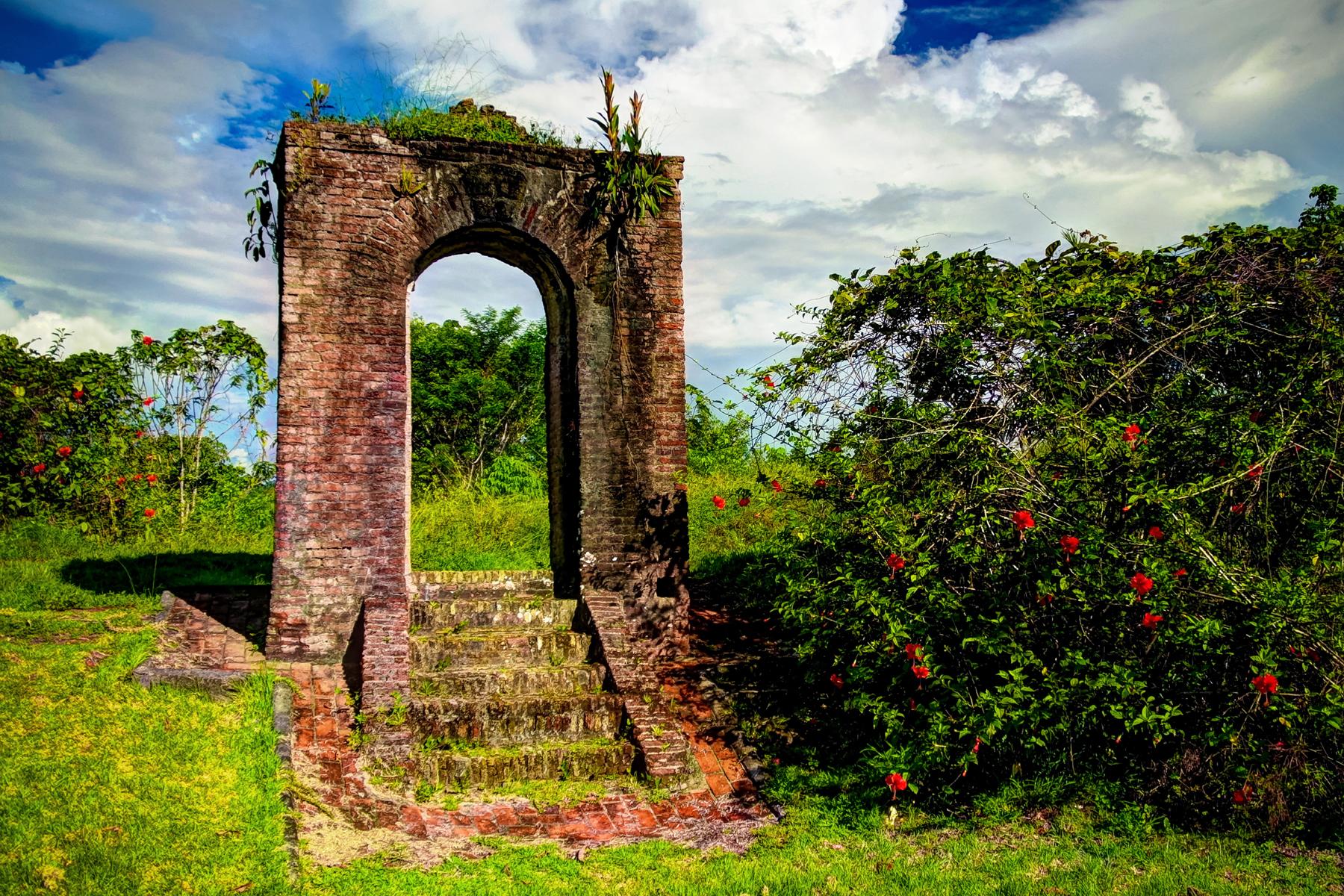 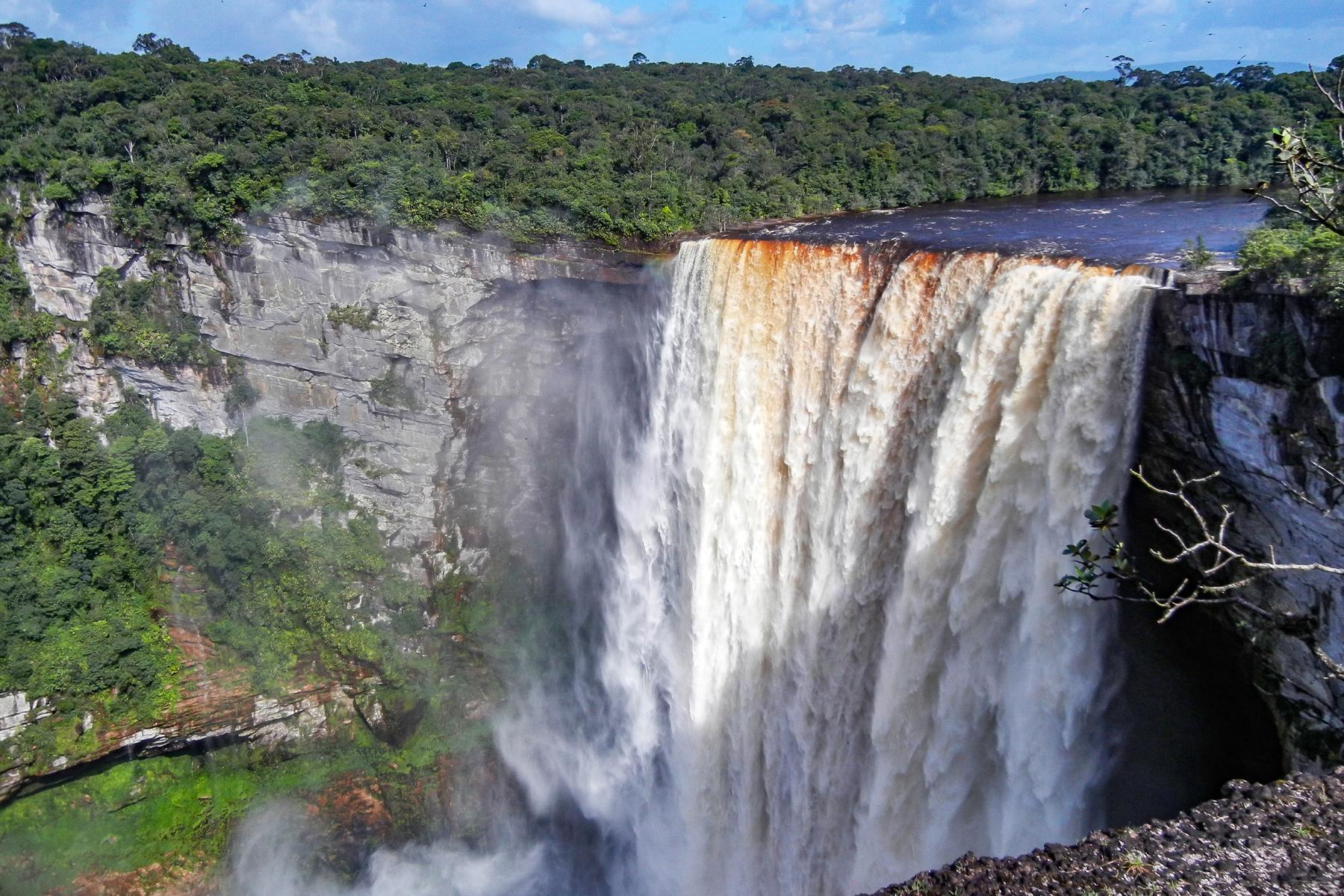 PHOTO: kakteen/Shuttertsock
Previous Next
11 OF 13

If you venture into South America proper, just east of Venezuela, you’ll stumble across the small, compact nation of Guyana (although we suggest you go through customs, and don’t trip across the border illegally). After the British relieved the Dutch of this colonial possession, English became a part of Guyana’s cultural identity. Guyana is the sole South America country where English is the official language. And even though Guyanese Creole is used for many aspects of day-to-day life, visitors limited to a more standard form of English should do peachy (linguistically speaking) while trekking through the country. The Hungarians speak Hungarian (part of the Uralic language family), of course, although interestingly enough, this cluster of humanity laying claim to this part of Central Europe also tends to speak some pretty darn good English. Hungary snagged a High English Proficiency rating on the EF English Proficiency Index. This means all of the charms of ancient Budapest, not to mention lovely little towns like Tihany, or bigger cities like Eger, are ripe and ready for travelers who prefer not to invest too much energy (if any at all) in learning the local vernacular to explore. 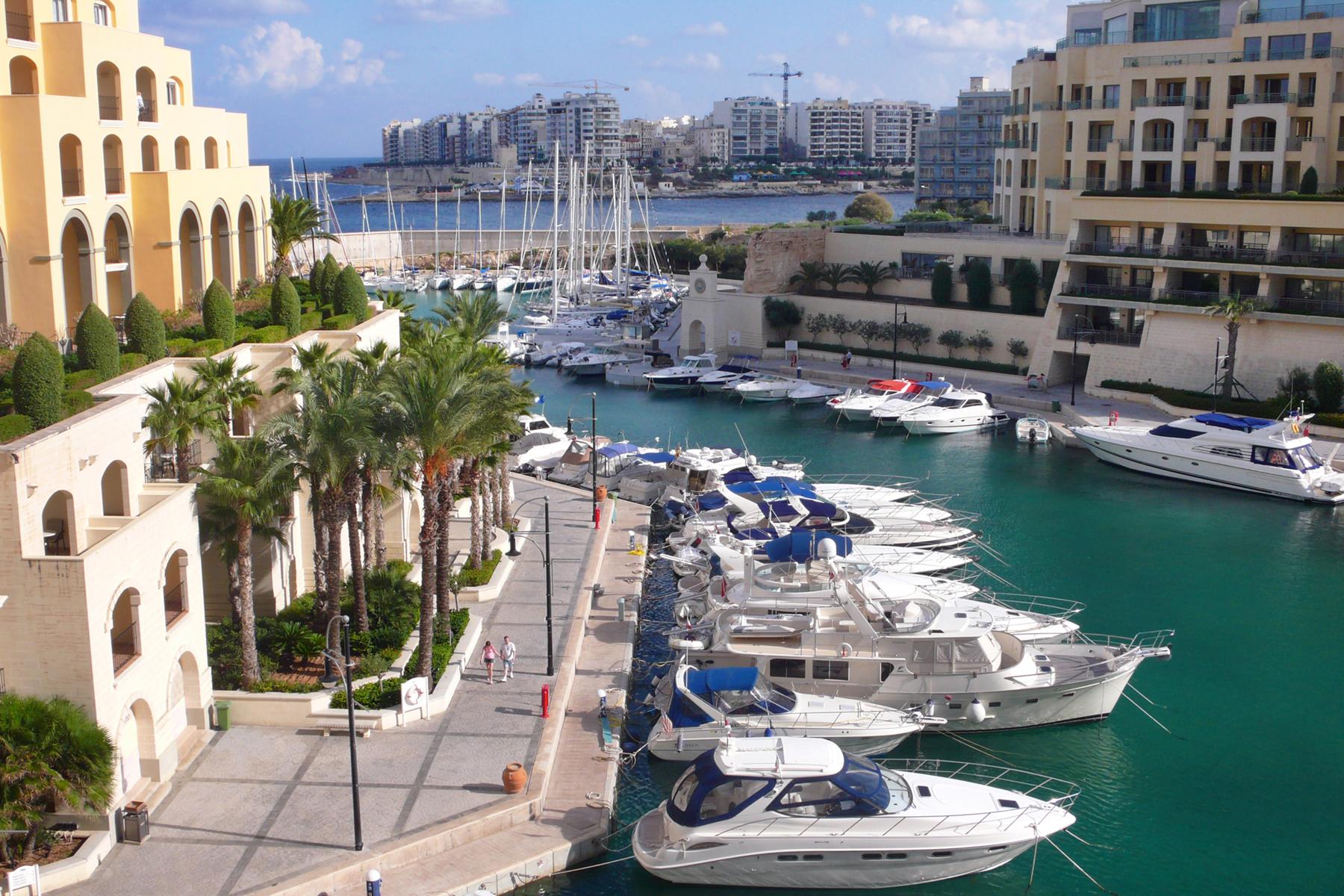 Once upon a time, Italian was the official language of Malta, an island nation located in the heart of the Mediterranean Sea. But no longer. These days, Maltese (a Semitic language) and English are the idioms formally sanctioned by the state. If one of your deepest desires is to explore or lounge about a sunny Mediterranean island while immersing yourself in English language banter and gossip, Malta just might be the spot for your next vacation—or perhaps even an extended, expatriated stay.