Parque Nacional Peneda-Gerês, the only national park in Portugal, is an under-explored destination unique in every way.

Most visitors to Portugal make a beeline for the beaches or head straight to the hipped up cities of Lisbon and Porto. But while this pocket-sized country on the Iberian peninsula seems to be on every traveler’s European ”must go” list right now, one of its most astonishing attractions remains refreshingly under-the-radar. Forget the golden sands and blue skies of the Algarve, the Alentejo, or the Lisbon Coast–at Parque Nacional Peneda-Gerês, the terrain is rocky, rugged and mountainous, inhabited by wild ponies, prowling wolves and their intended prey (most notably the the roe deer, whose image is emblazoned on the park’s logo). 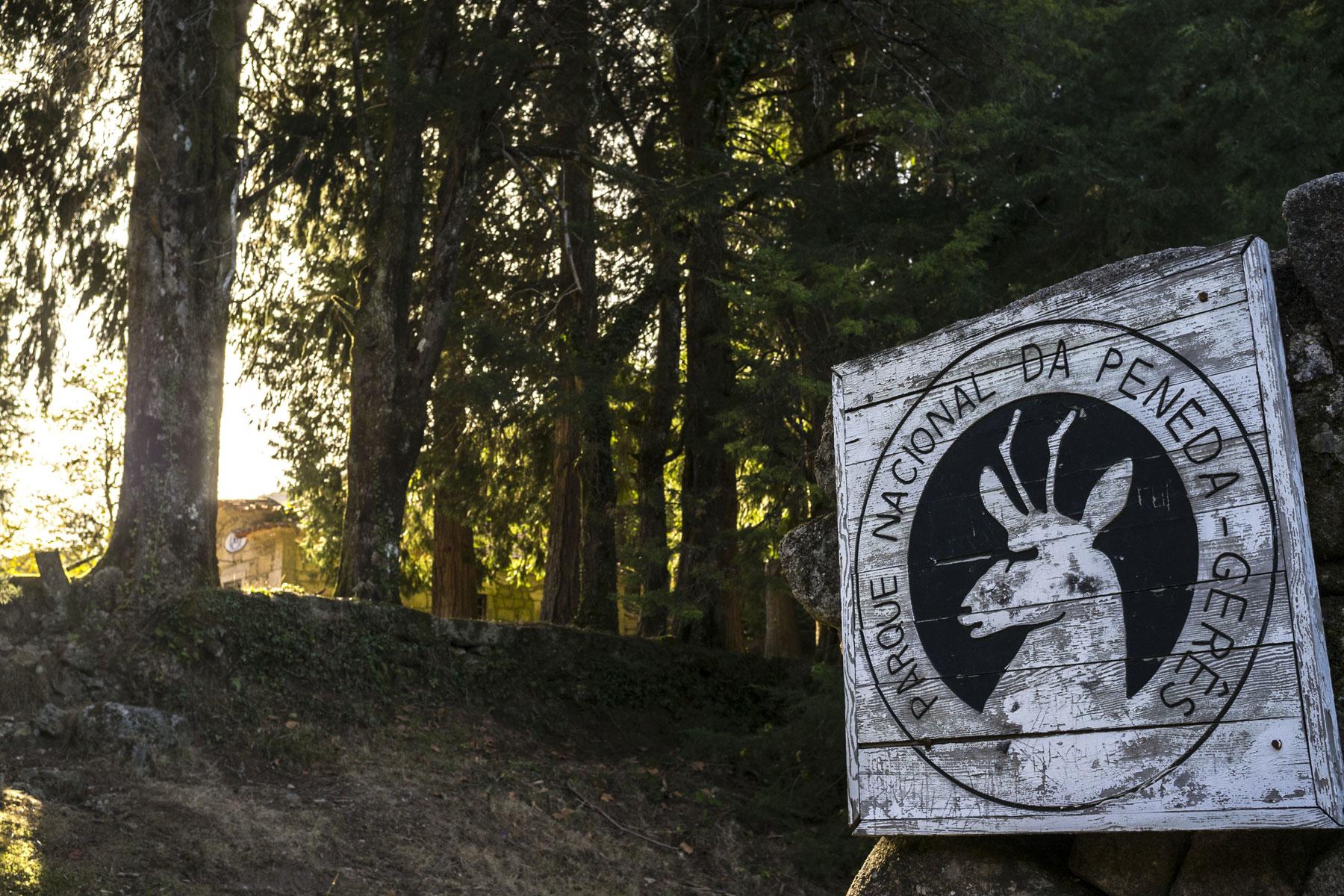 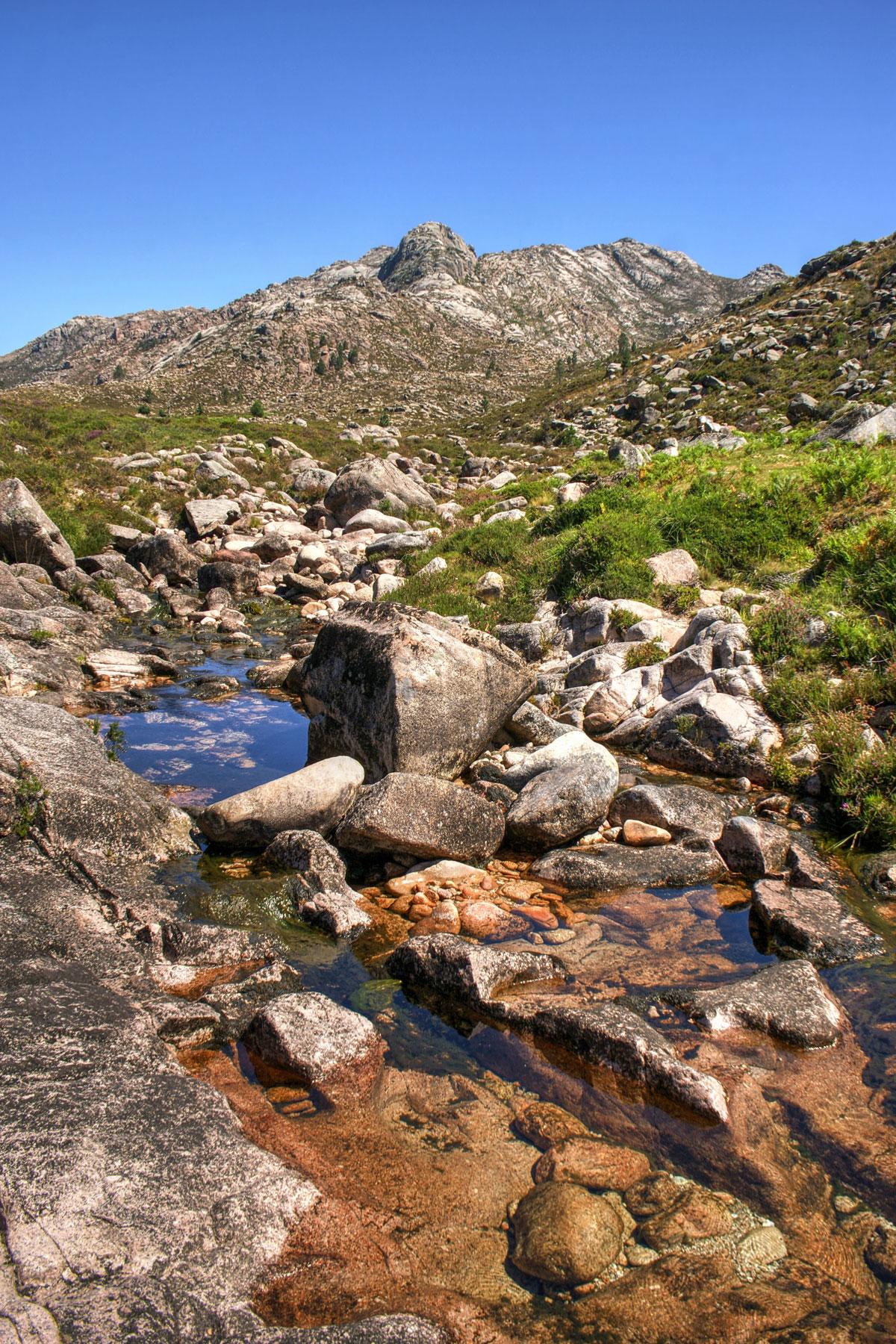 The park spans 70,000 hectares from the plateau of Mourela to that of Castro Laboreiro, taking in the rocky granite mountains of Peneda, Soajo, Amarela, and Gerês. The biodiversity is incredible, with close to 250 types of vertebrate joining endemic species such as the gold-striped salamander and endangered Iberian wolf in making this deeply-forested region their home.

Rich historical and cultural heritage (megalithic necropolis, traces of romanization, castles, granaries, ovens, mills, dams, terraces, etc.) to which must be added the curious implantation of mountain villages and the presence of well-preserved traditional architecture sets.

The national park’s dramatic topography is a far cry from the languid, sunny beach scenes commonly associated with this friendly European nation. Here, more adventurous travelers will find endless opportunity for high-adrenaline pursuits such as canyoning and caving, while hikers and runners can take trails that cut through crashing waterfalls and cooling natural pools, and wildlife lovers can marvel at the rugged grey mountains rising from green, green landscapes sprinkled with colorful wildflowers such as the Gerês lily, a blue-violet flower endemic to the park. Golden eagles soar through skies that may be a scorchingly clear blue in summer, or a seething mass of grey clouds from October through May (all that exuberant vegetation is the result of regular thunderous downpours). 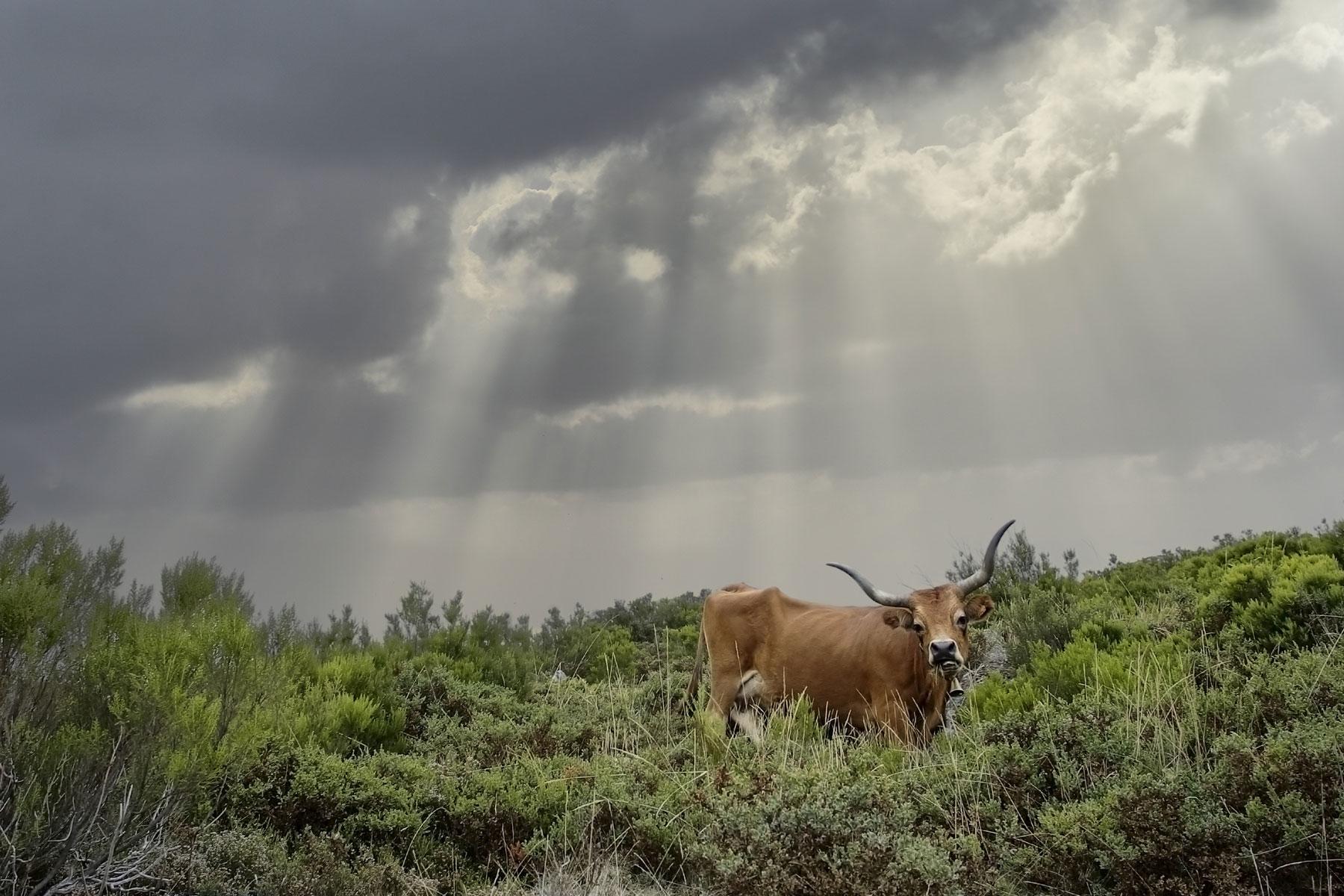 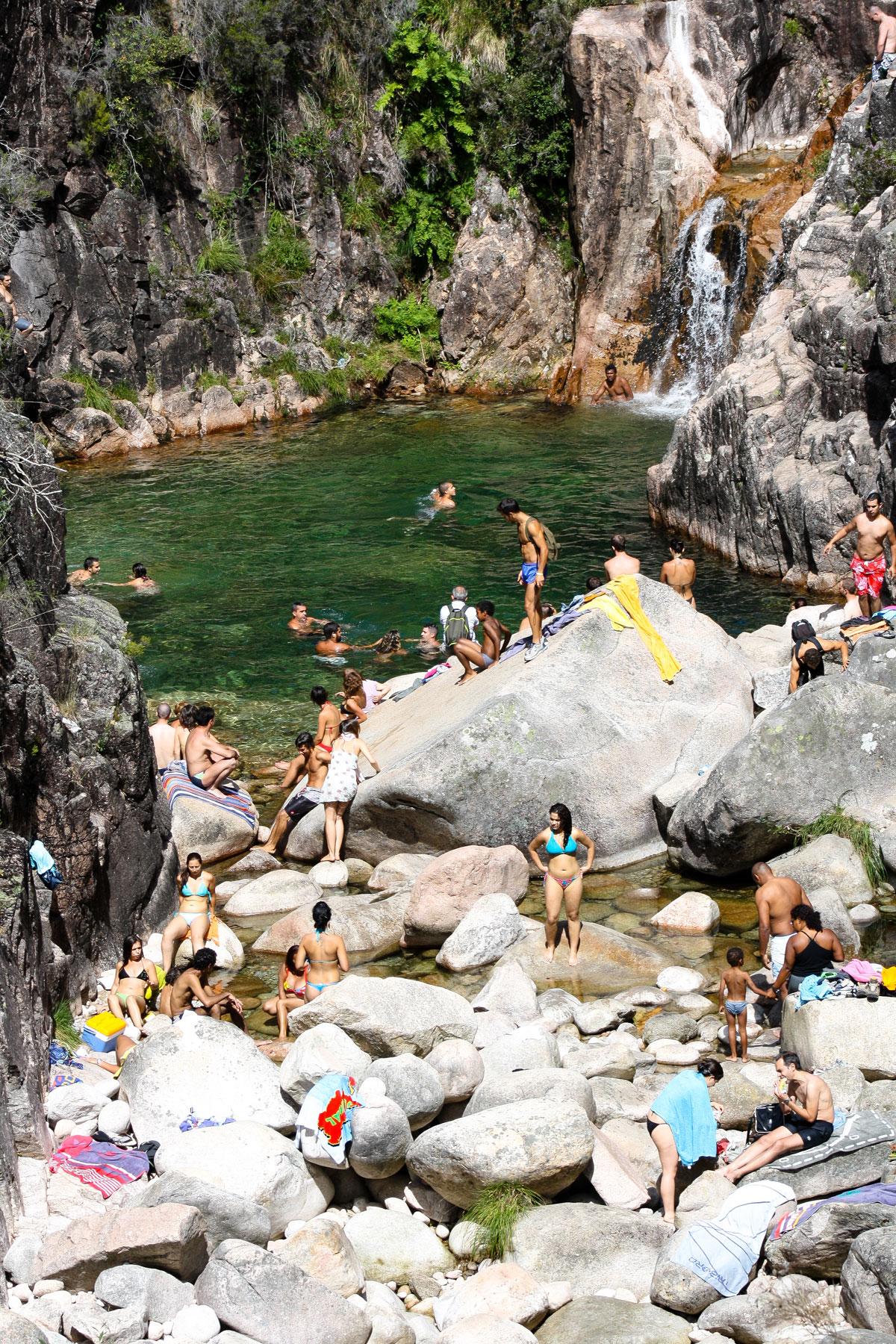 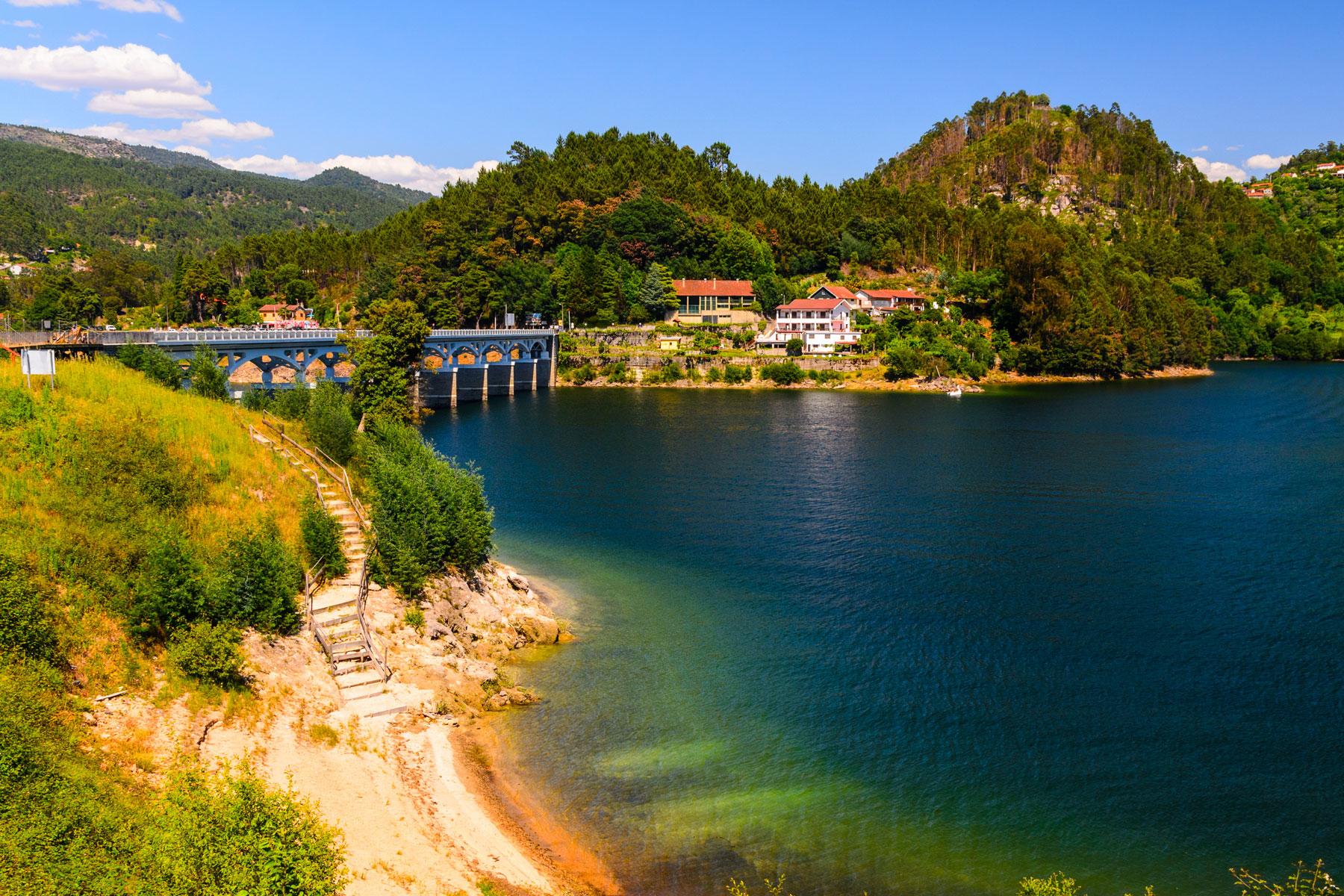 While visitors are unlikely to have any up-close-and-personal encounters with the wolves that roam the park, they are almost certain to encounter long-horned cattle wandering through the street, and catch a glimpse of garrano ponies–small wild horses that have free run of the land.

The park is not without human inhabitants, but don’t expect gentrification to be happening here anytime soon. Key to the charm of this park is the harmonious co-existence of man and nature, and Peneda-Gerês is packed with man-made curiosities that reflect long-standing traditions and deep-rooted superstitions.

Ancient churches and other religious buildings dot the landscape, while the dramatic medieval bridge over the sparkling river Rabagão is said to have been built by the Devil himself (it’s commonly known as Ponto de Diablo) to help a bandit escape his pursuers. The price for helping the light-fingered local evade capture? His soul. But legend holds that good won out, the bandit later repented, and the demon was banished by a priest, leaving his supernatural bridge behind. 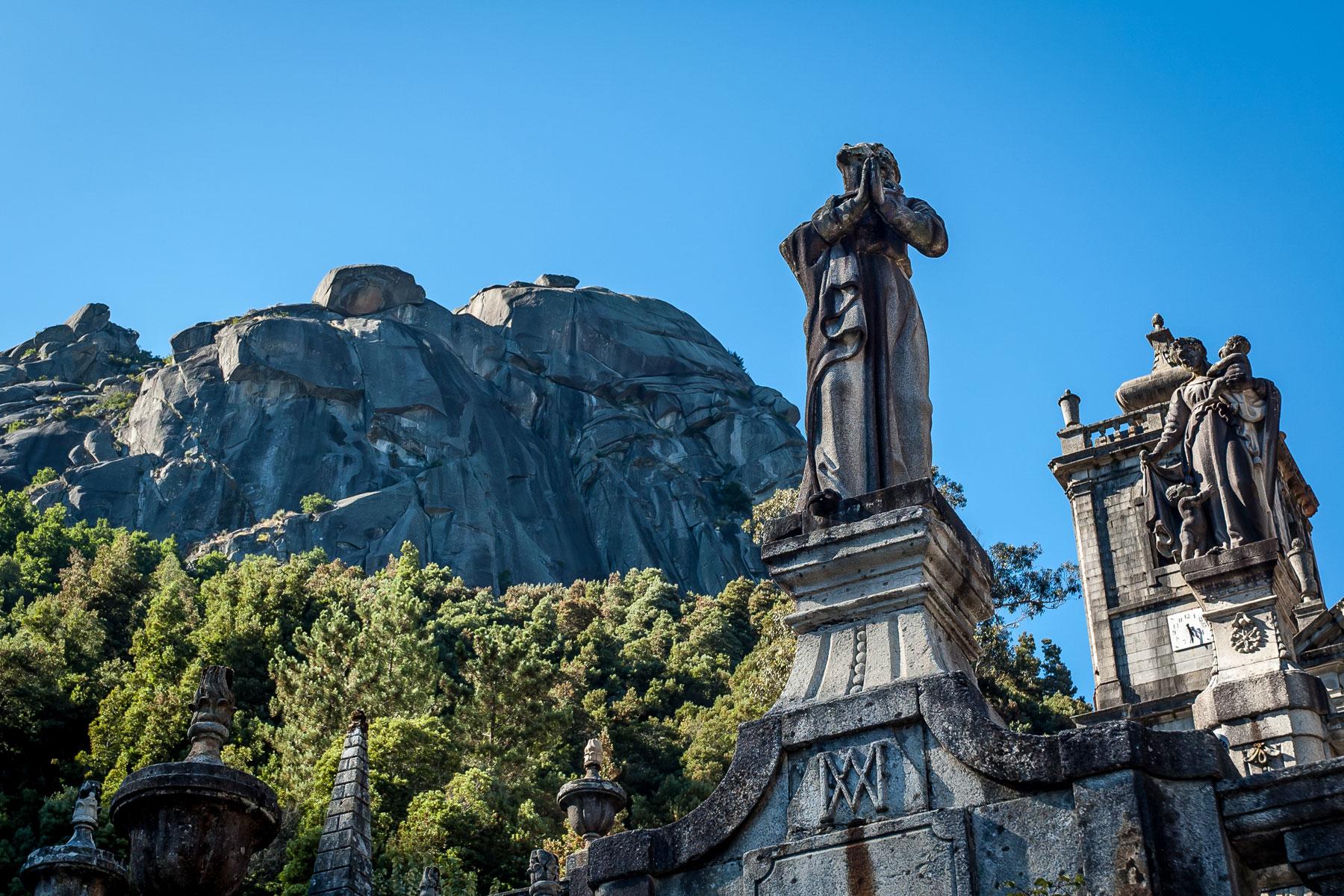 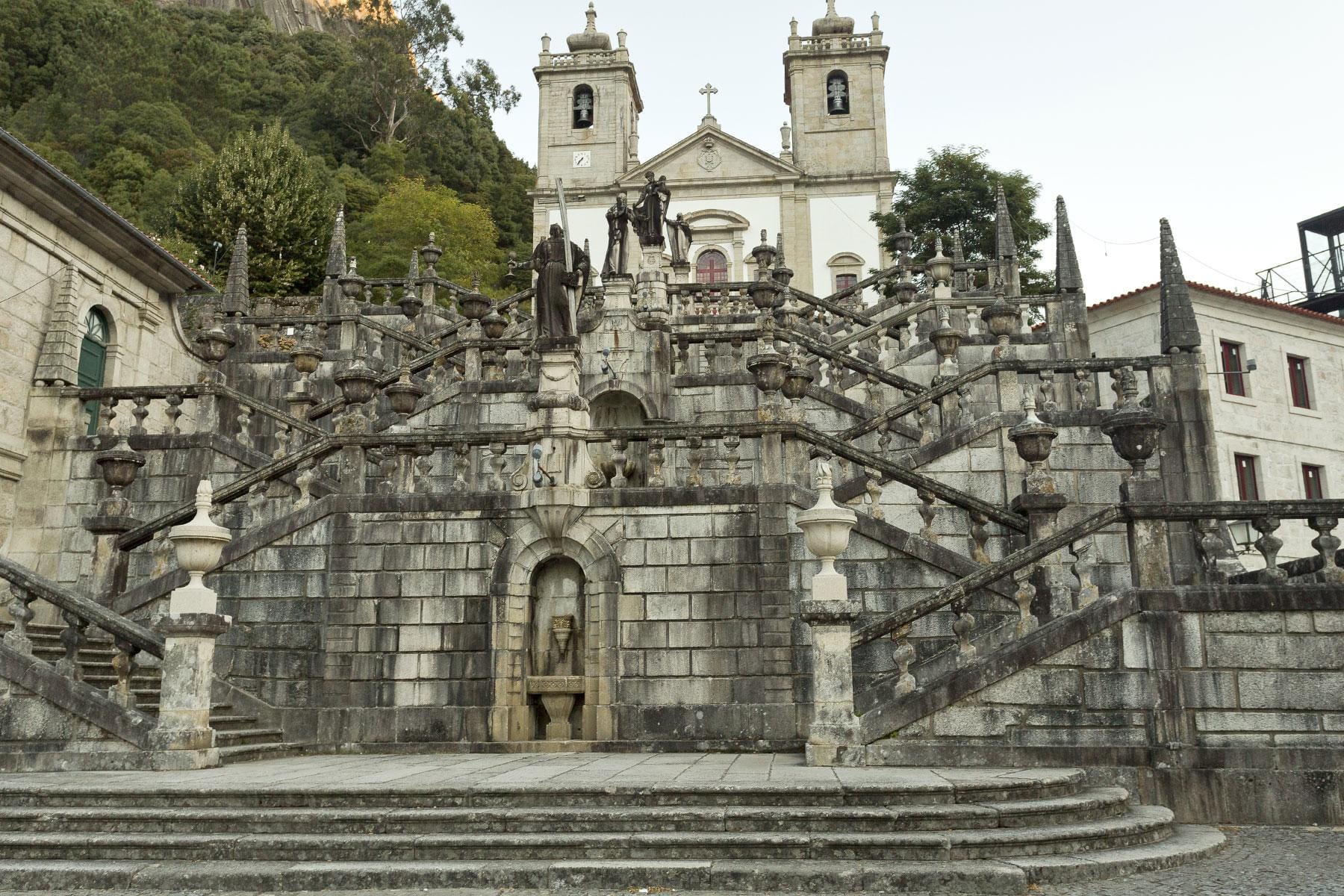 Along with scores of tiny granite villages, whose thatch-roofed stone buildings have remained unchanged for centuries; megalithic castles; and ancient milestones that once guided Roman legionaries; visitors can goggle at the fascinating, somewhat eery sight of the espigeiros in the rustic Soajo village. Swathed in mist and set against a dramatic mountain backdrop, these miniature stone houses are perched atop granite “stilts” and adorned with raised crosses that make them look uncannily like ancient tombs.

In more mundane reality, they are corn storage buildings, raised to protect them from mice and rats, and marked by crosses to protect them from evil and bring good harvest and good fortune to the farmers and their families. The buildings have become one of the park’s most photographed attractions, and the 18th-century granaries were given National Monument status in 1983.

While Portugal’s big cities now boast the kind of cool kid hangouts and contemporary flair that make them hot favorites among hip travelers, the National Park is a place where time seems to have stood still. Inhabitants still live off the land, with villagers leading distinctive long-horned cattle to pasture, and crops are harvested to create delicious breads, pastries, and porridges that are consumed as enthusiastically today as they have always been. To wash it down, a carafe of the local, lightly-sparkling vinho verde is the long-standing staple.

Oh, and if you really can’t bear to leave Portugal without spending some time on the sands, the gorgeous praias fluviais (river beaches) at Vilar da Veiga and other beautiful spots have got you covered. 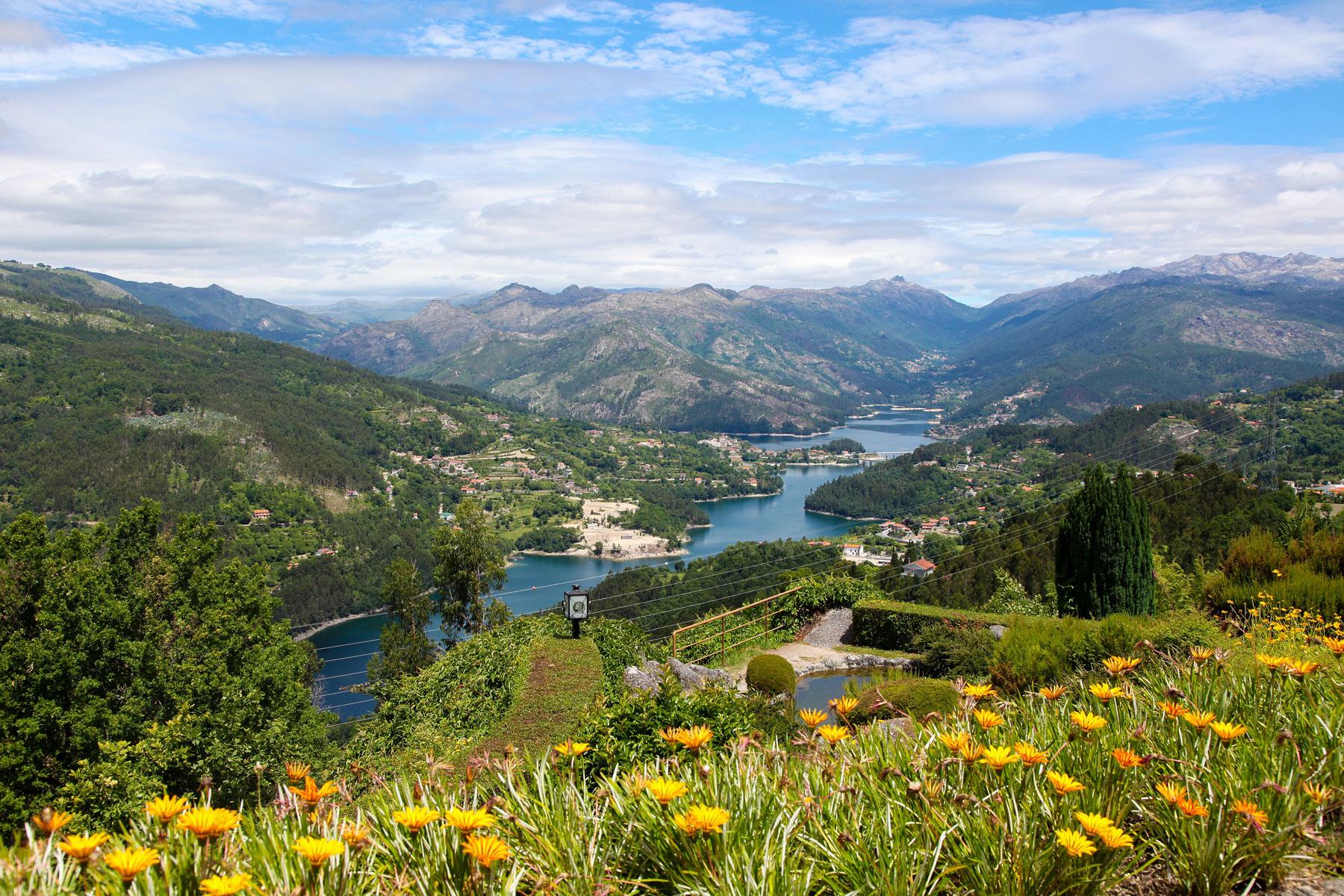 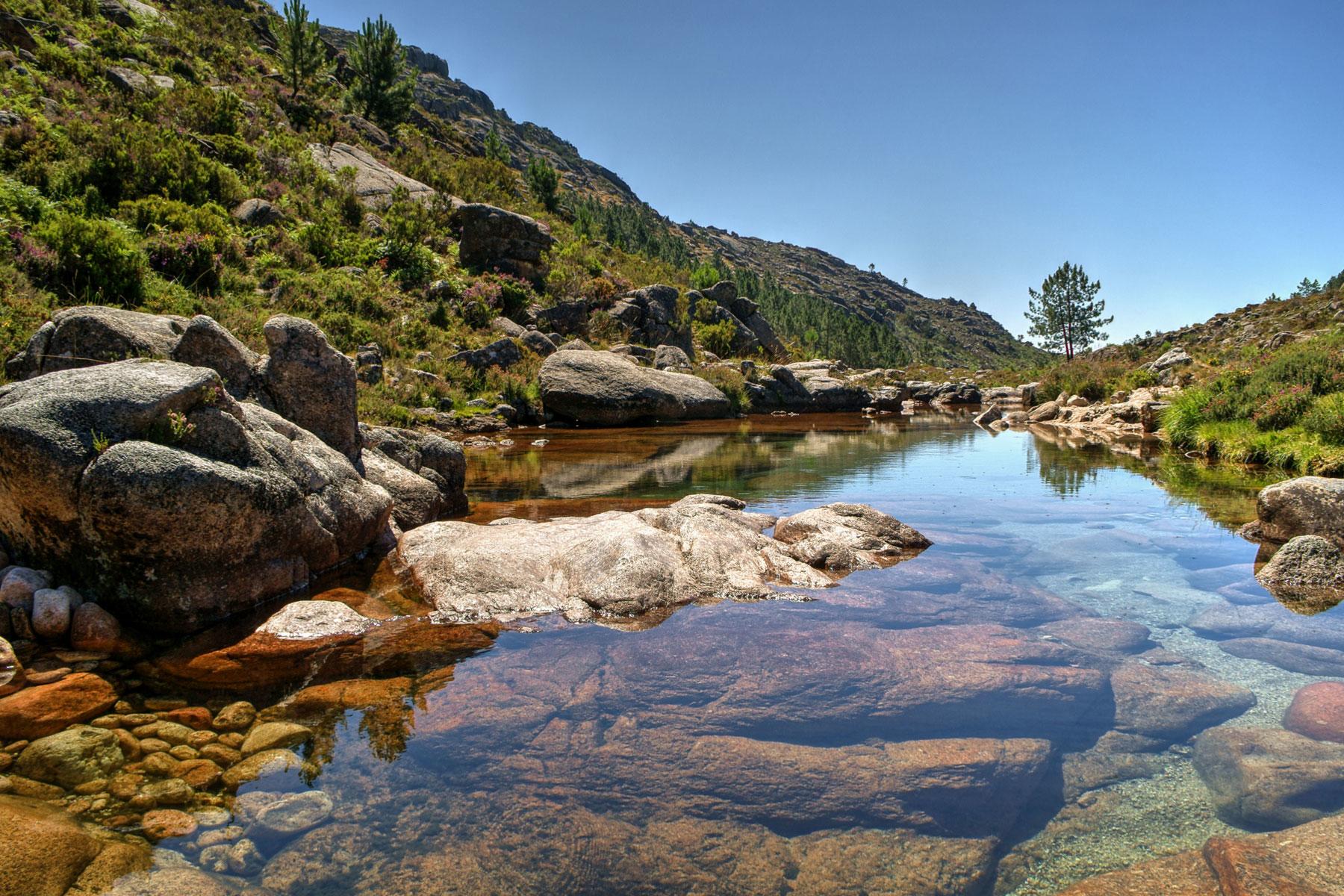 Accommodation options at the park range from several well-equipped campsites, a youth hostel, and village inn to a relatively plush spa hotel on the edge of the park at Vieira do Minho (undergoing extensive refurbishment at the time of writing). Roads and paths are in good condition given the rugged terrain, and visitors can get up close and personal with nature without straying too far from the beaten path. Many tour operators run trips here, and it can be visited as a side trip from Porto or Braga.