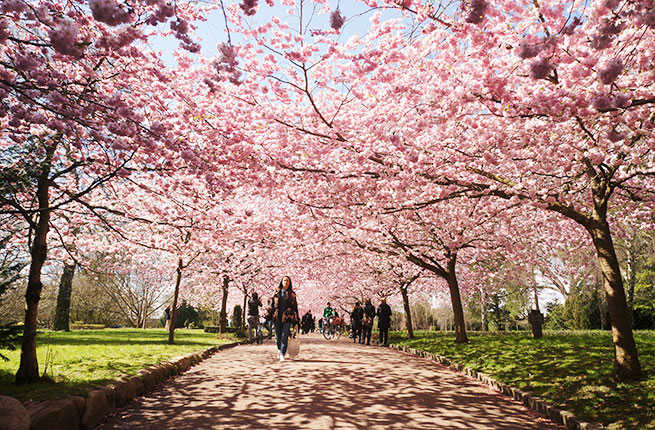 Ah, springtime: When nature takes a box of crayons to the drab gray winter. The world (well, the northern hemisphere) blooms March through May, offering blossoms so beautiful they’re worth a trip halfway around the world. From the National Cherry Blossom Festival in Washington DC to the Madeira Flower Festival in Portugal and beyond, here are nine fabulous spring flower festivals around the world.—Jordan Simon 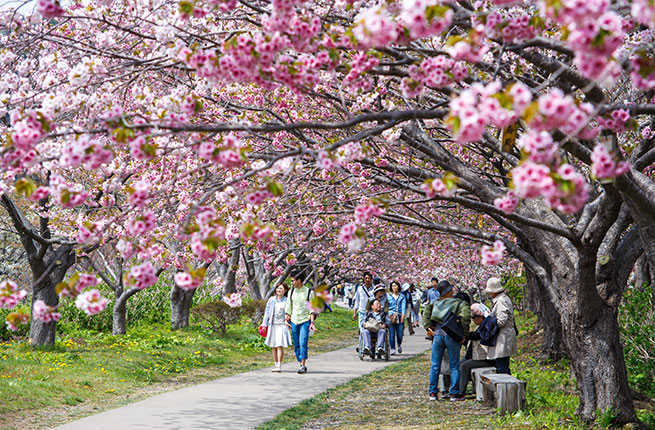 When: Late April to mid-May

The sakura (cherry blossom) is Japan’s national flower and the country’s festivals have revered its beauty for nearly 1,500 years. Spring begins to bloom in February in Okinawa, then travels northward to Hokkaido, where the blossoms peak in early May. Mountains, parks, and cities are covered in pink and mauve, and petals shower bypassers like confetti. Reflecting the fleeting blooming cycle (usually just 1-2 weeks), the revelries are tinged with a sense of the evanescence of life, a Buddhist belief.

Of the dozens of Japanese festivals, Matsumae’s may be the most magnificent. More than 10,000 cherry trees paint this seaside town on Japan’s northernmost island of Hokkaido. The grounds of the exquisite 17th-century Matsumae Castle hold more than 250 varieties of the famed tree. Commencing with a grand parade, the festivities also feature booths purveying local seafood, tea ceremonies, crafts, haiku competitions, fireworks, and even a karaoke contest.

Insider Tip: If you can’t make it up to Hokkaido, consider the Himeji Castle Cherry Blossom Viewing Festival, held in early April, 60 miles northwest of Kyoto. 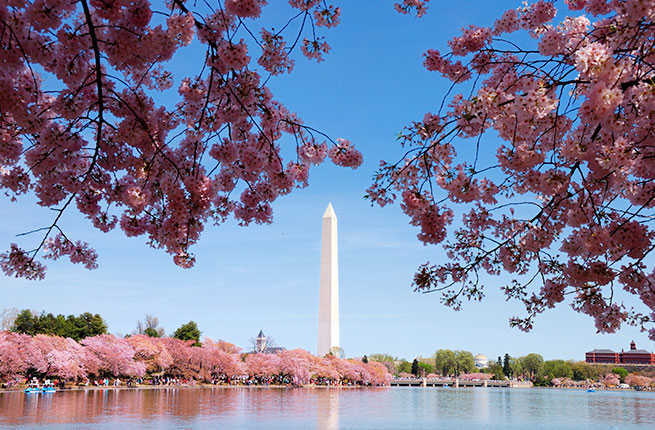 Visitors can head to the U.S. National Arboretum for its self-guided “Beyond the Tidal Basin” tour, showcasing nearly 40 varieties of flowering cherry trees, including some developed by its scientists (the so-called, willow-like weeping Yoshinos are extraordinary).

Insider Tip: For cherry blossom-inspired cocktails like the Sakura, visit The Rye Bar, inside the Rosewood Washington D.C.

PLAN YOUR TRIP: 25 Ultimate Things to Do in Washington, D.C. 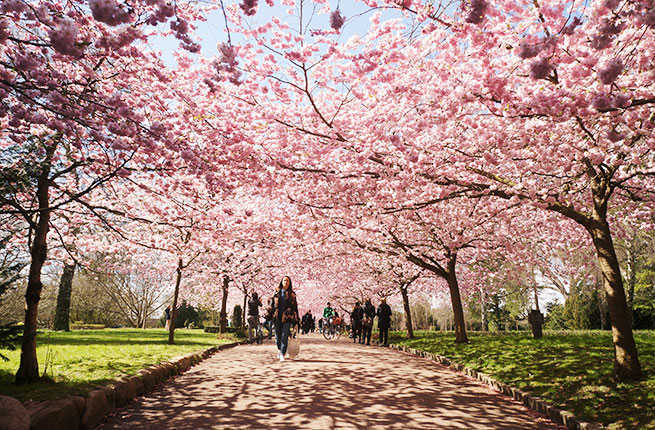 Insider Tip: The nomi no ichi (flea market) near the main stage is a treasure-trove of manga comics, wooden carvings, wire sculptures, and more.

PLAN YOUR TRIP: How to Spend a Long Weekend in Copenhagen 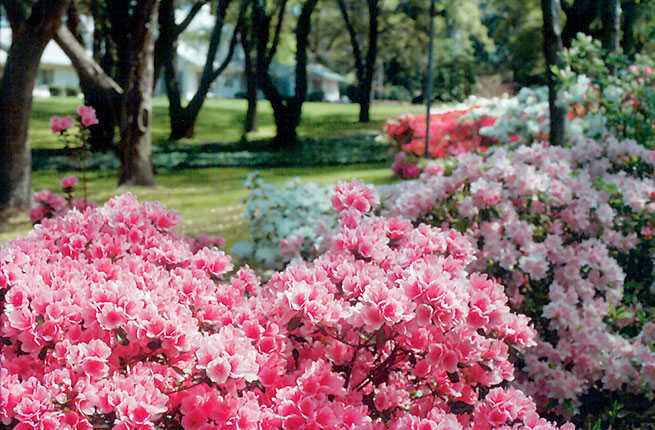 Founded in 1948, the North Carolina Azalea Festival is the state’s largest event of its kind: a county fair featuring a circus, competitions, celebrity headliners, galas, and more. More than 200,000 celebrants attend the annual street fair and throng to watch the main parade. Over 1,000 volunteers help stage 50-plus events ranging from concerts to art contests to coin shows. Proud locals open their homes and gardens for tours. The traditional arrival of Queen Azalea opens the festivities, but the pink, lavender, and white blossoms preen all spring long. 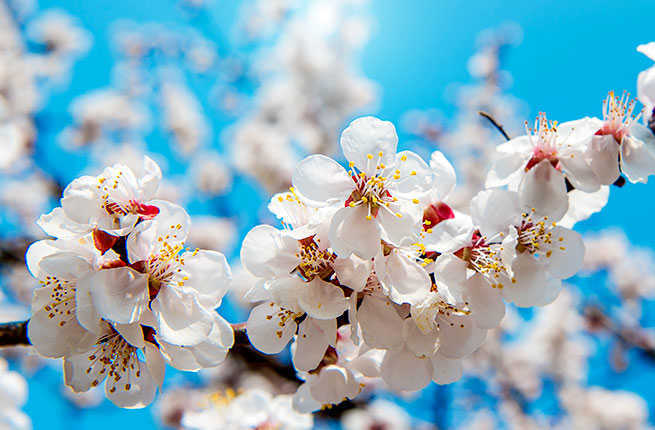 Sobaeksan, one of the 12 Sobaek Mountains skirting the border between Chungbuk Province and Gyeongbuk in South Korea, comprises a national park famed for its biodiversity, yew trees, wildflowers, and royal azaleas. By late May, its peaks like Birobong, often compared to the Swiss Alps, seem to don a pale pink jeogori (traditional Korean jacket). Noted Confucian scholar Toegye Yi Hwang says it’s like “walking through a colorful silk curtain as if I’ve arrived at an extravagant party.” Various musical performances, activities, and artisanal workshops celebrate the energetic qualities of the azalea.

Insider Tip: The more adventuresome can enjoy the rugged region’s highs (ridge hikes between Birobong and Yeonhwabong peaks or down riverbeds, where you’ll pass breathtaking temples and waterfalls) and lows (subterranean spelunking amid the crystal gardens of Gosu Cave).

PLAN YOUR TRIP: 10 Ways to Experience Korean Culture in Seoul 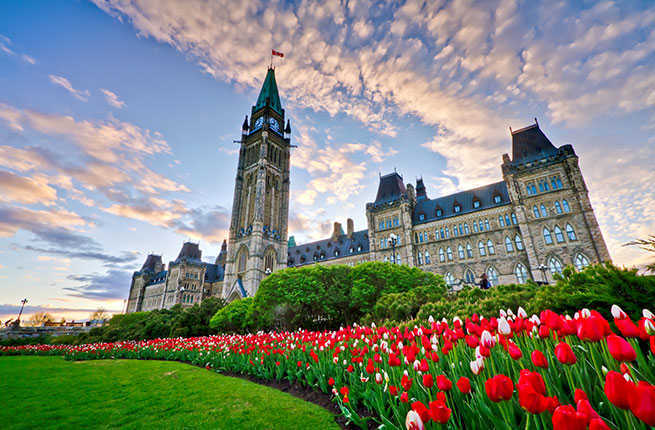 In gratitude for Canada’s providing safe harbor to the Dutch royal family during World War II, Princess Juliana presented Ottawa with 100,000 tulip bulbs. The Canadian capital has memorialized the gift for six decades through this funfest where millions of tulips rim the iconic Rideau Canal. The entire city participates, with a virtual United Nations of neighborhoods from Little Italy to Chinatown offering their unique spin. Highlights include the black-tie Tulip Ball, the Floral Hair Competition, and kid-friendly happenings like a Tulip Treasure Hunt and the Mad Hatter Tea Party on Mother’s Day. 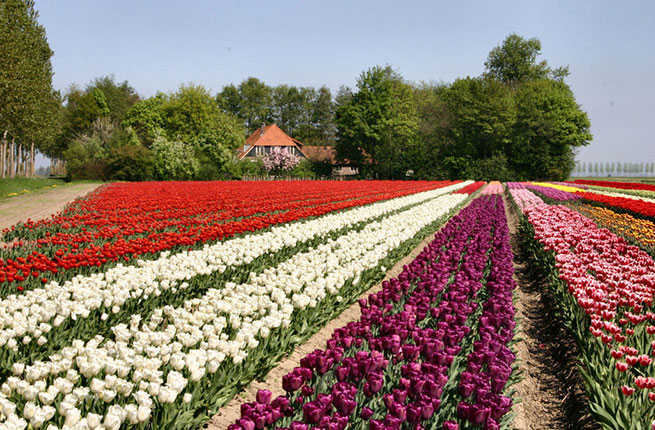 Noordoostpolder, an hour’s drive northeast of Amsterdam in central Flevoland, is the Netherlands’ youngest tulip-growing area, but one of its largest. You can drive, bike, or hike during the annual Countus Tulpenfestival, which attracts over 50,000 visitors. Horse-drawn carriage tours and organized hikes also escort you along canals and over bridges to view the vividly hued tulip fields. The Centrum Amateurkunst Flevoland’s Passie in de Polder (Passion in the Polder) tours visit specially created art installations that interact with their surroundings. In the annual Koetsentocht, coachmen of Menvereniging Castle drive the tulip queen and her entourage in a special authentic coach, followed by a procession of horse- and pony-drawn carriages.

Insider Tip: Though it’s in the opposite direction, flower fans should visit the renowned Keukenhof, occupying 15th-century hunting grounds outside Amsterdam.

PLAN YOUR TRIP: 10 Places to Visit in the Netherlands (Besides Amsterdam) 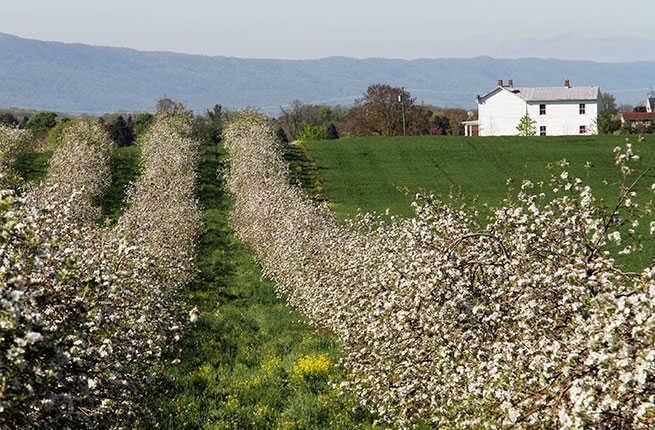 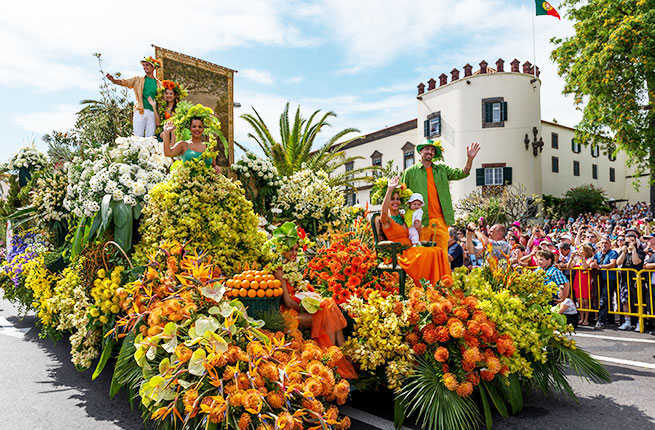 Nicknamed the “Floating Garden of the Atlantic,” Madeira is a 90-minute flight from Lisbon. In Funchal, the island’s largest city, the annual Flower Festival has been called the botanical equivalent to Mardi Gras. The week overflows with concerts, folkloric performances, and more. Local artists create exquisite floral carpets and sculptures along the main streets. The Flower Exhibition in the Largo da Restauração showcases the plants in a quaint setting where saleswomen dress in traditional costume. Hundreds of flower-bedecked youths, each carrying a single blossom, proceed in the Children’s Parade to the Praça do Município (Town Hall Square), where they construct the Wall of Hope with their flowers. The festival culminates with the Allegorical Flower Parade, featuring dozens of elaborate floats and thousands of costumed dancers.

Insider Tip: While there, sample Madeira at the Old Blandy Wine Lodge, try toboganning down the hillside roads, and take a hike along one of the scenic levadas (irrigation canals that spiral around the island’s hills).