Tourists have long paid to ride these donkeys in order to travel from the island’s shores up through the steep slopes into the main town, but the transport of too much weight has put the animals in danger.

Greece has published new regulations to improve the lives and well-being of its donkeys living on the island of Santorini, banning loads weighing more than 220 pounds from being transported atop the backs of the animals–and this includes people. This was put into place after animal rights activists said that this (as well as ill-fitting saddles, long work days, and going too long without nourishment) was causing the animals to sustain intense and life-threatening injuries, such as spinal injuries and sores, causing the city to undergo scrutinous media coverage and protests back in July of 2018.

This new set of regulations, put forth by the Greek Ministry of Rural Development and Food, also state that the owners of these donkeys must ensure that the animals are in good overall health before letting anyone ride them, that there must be disinfection materials in their living areas to guarantee proper sanitary conditions, and that all donkeys must be fed and watered adequately using containers that are cleaned on a daily basis. 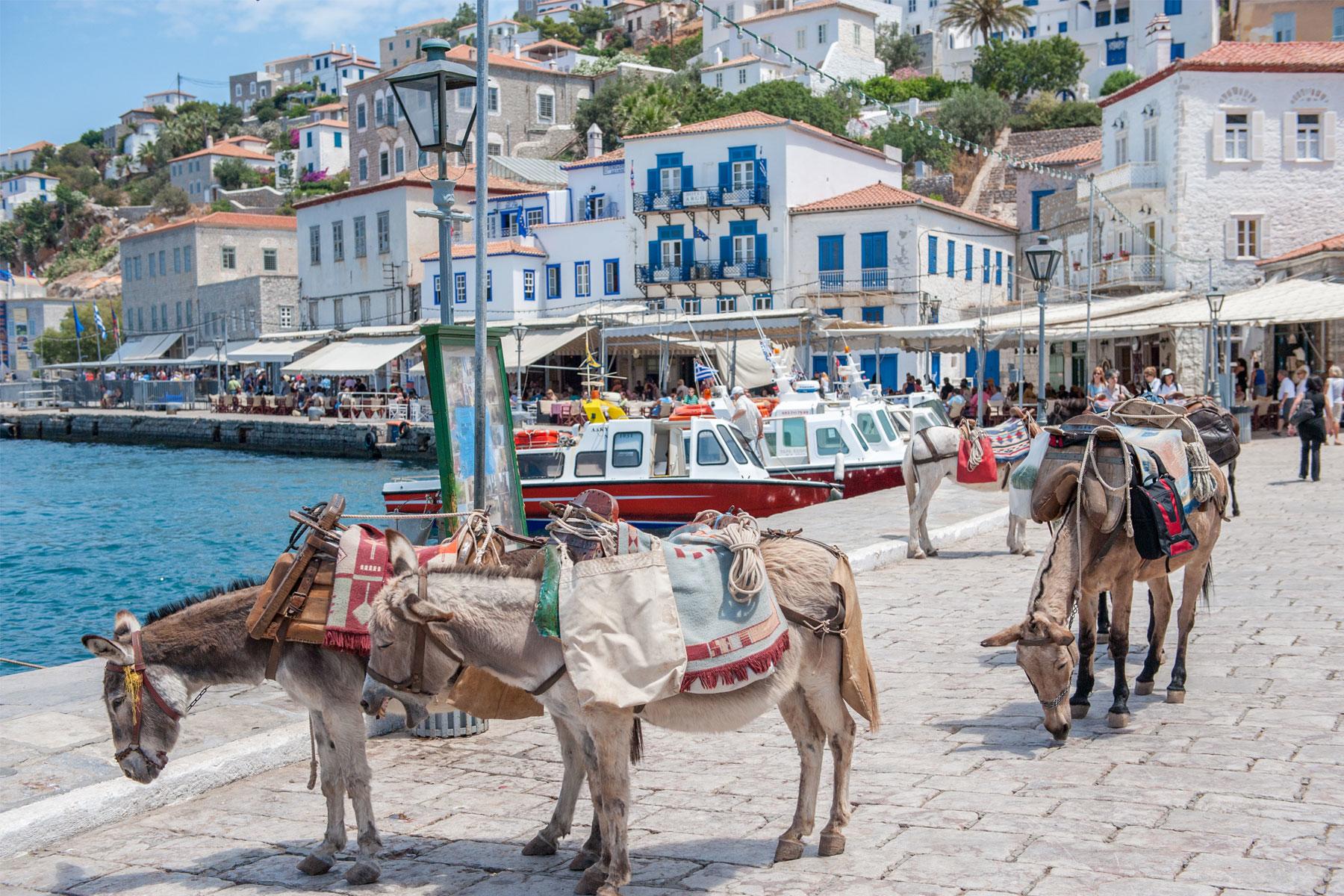 Santorini isn’t the only popular tourist destination to make an effort to promote animal welfare. Here are four other destinations that have recently taken action to improve the lives of animals.

In September of 2018, the Hawaii Board of Agriculture approved a regulation to ban wild animals (including tigers, elephants, bears, and crocodiles) from being brought into the state for the purpose of performing in a circus or any other similar type of public exhibit.

What this means for tourism: Hawaii would be the first state to approve this type of regulation, and the animals would no longer be involved in circuses, fairs, and carnivals. Wild animals could, however, still be used in film or television shoots–but only with a permit.

Can Gio, a UNESCO Biosphere Reserve in Ho Chi Minh City, recently dropped its “monkey circus,” where monkeys were forced to wear costumes, ride bicycles, and jump over flames. The reserve finally acknowledged animal welfare concerns and parted ways with the circus (a private company). The monkeys are still under the care of the reserve.

What this means for tourism: The amphitheater space in which the circus was housed will be turned into an education center. The notion suggested by the circus that animals are here for our own entertainment will no longer be promoted at the reserve.

Soon, there will be no more horse-drawn carriage rides in Montreal, Quebec. The city’s new bylaw will eliminate the use of horse-drawn carriages, and goes into effect on December 21, 2019. Supporters of the ban say this was due to the carriage industry’s animal cruelty record.

What this means for tourism: You can still get around Montreal just fine. There are bike-share services, human-driven pedicabs, and regular cars. You can also walk.

Pheasant shooting will no longer be permitted on public land in Wales. The ban was put forth by Natural Resources Wales, and reflects the views of 75% of the Welsh public who disagree with shooting the birds “for sport.”

What this means for tourism: The land formerly used for shooting these pheasants will now be transformed into a space for other activities that are better for the environment and its wildlife.