National Parks Alex Schnee You Can Visit the 'Into the Wild' Bus. But Should You?
PHOTO: Thomas Anderson / Dreamstime.com

The shutdown may have lasted weeks, but it may take centuries for one National Park to fully recover.

While the 35-day federal government shutdown has ended its impact is still being felt and understood. In the case of national parks, those effects have ranged from happy accidents to irreversible losses. Perhaps the most dramatic damage was done to Joshua Tree National Park.

Several of the Joshua trees themselves were damaged or even chopped down, most likely by people running amok in a park left vulnerable by the shutdown. It’s not exactly known how long it takes Joshua trees to grow; researchers are able to estimate (based on the Joshua tree’s height) that their average lifespan is 150 years (though there’s one that’s believed to be a thousand years old). Because of their slow and tricky to predict growth, some believe it may be centuries before the park recovers from the lost and damaged trees.

“What’s happened to our park in the last 34 days is irreparable for the next 200 to 300 years,” said Curt Sauer, former National Superintendent of Joshua Tree, at a January 26 rally, according to the Desert Sun.

In addition to a number of the park’s namesake trees being chopped down or damaged, two juniper trees and dozens of catclaw acacia trees were used as firewood, current park superintendent David Smith told the Los Angeles Times. Even the ground itself wasn’t safe from vandals as people in off-road vehicles carved trails into the desert landscape.

But damaged trees and torn up landscapes weren’t the only thing unsupervised visitors left behind. Joshua Tree, Yosemite, Death Valley, and Crater Lake National Parks reported issues with human waste, including overflowing toilets and visitors just leaving piles of their own feces out in the open. But when it comes to recovering from a literal stoolstorm, it’s not always as straightforward as simply cleaning up. In the case of Crater Lake National Park, rangers won’t know just how much human excrement was left buried under the snow until it melts months from now.

INSIDER TIPAccording to the National Park Service, if you simply must answer nature’s call, you should urinate on rocks and bury your feces in a 4-6 inch deep hole and carry out any soiled tissue as animals will dig it up.

But it’s not all tragedy and poop for America’s parks. The beach at Cape Lookout National Seashore in North Carolina was carpeted with a collection of picture-perfect seashells. “The shelling is excellent right now,” read a Facebook post from the park’s staff as they announced the reopening of the park on Monday. A combination of the weather and the lower attendance allowed for the seashells to accumulate—leaving the beaches ripe for those looking to add to their collections.

But the marine life that took over Pt. Reyes National Seashore in California was quite a bit larger than conches and starfish. A colony of elephant seals, which usually keeps to a section of the beach away from human visitors, swarmed the beach, knocked down fencing, made their way into the parking lot, and even hunkered down under a picnic table. With the wildlife management staff furloughed and unable to utilize such standard techniques as shaking tarps to annoy and corral the seals in certain directions (as John Dell’Osso, chief of interpretation and resource education for the seashore, told SFGate), the elephant seals had the run of the park.

While this is, at first blush, super-duper cute it’s important to note that tourists do need to keep a healthy distance from the seals. It’s generally a good rule of thumb to give all wildlife a reasonable berth but it’s especially vital for the elephant seals to have their space during the winter months which coincides with their birthing and nursing season. 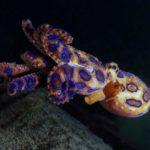 RELATED STORY
Gentle Reminder: STOP Doing This When You Go on Vacation—You Can Die!

Parks across the country are still assessing and recovering from the full extent of the fallout, but with another potential shutdown looming on the horizon, their efforts may face yet another setback.