The best part? You get to hang out with some endangered mountain gorillas.

Bisate Lodge in Volcanoes, Rwanda is a destination in itself: built into a cavernous space in an overgrown volcano cone (a triangle-shaped hill formed from former eruptions), the resort consists of just six thatched-roof treehouse villas on the 103-acre grounds. As if physical determination weren’t enough to tie the retreat to the land, the design was inspired by local indigenous traditions and styles, featuring everything from volcanic stone fireplaces to traditional wall hangings made from cow dung and painted in bright colors and shapes. 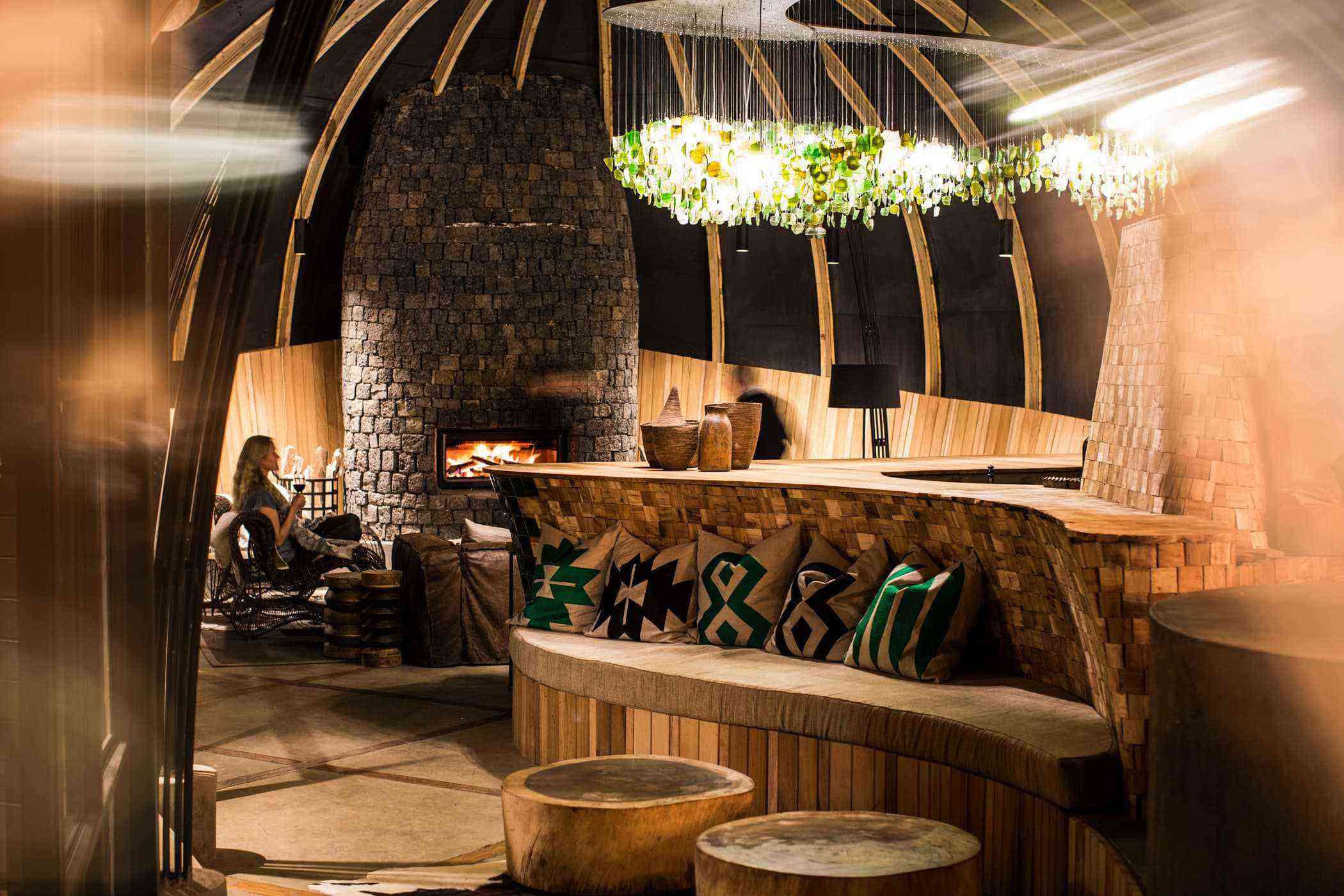 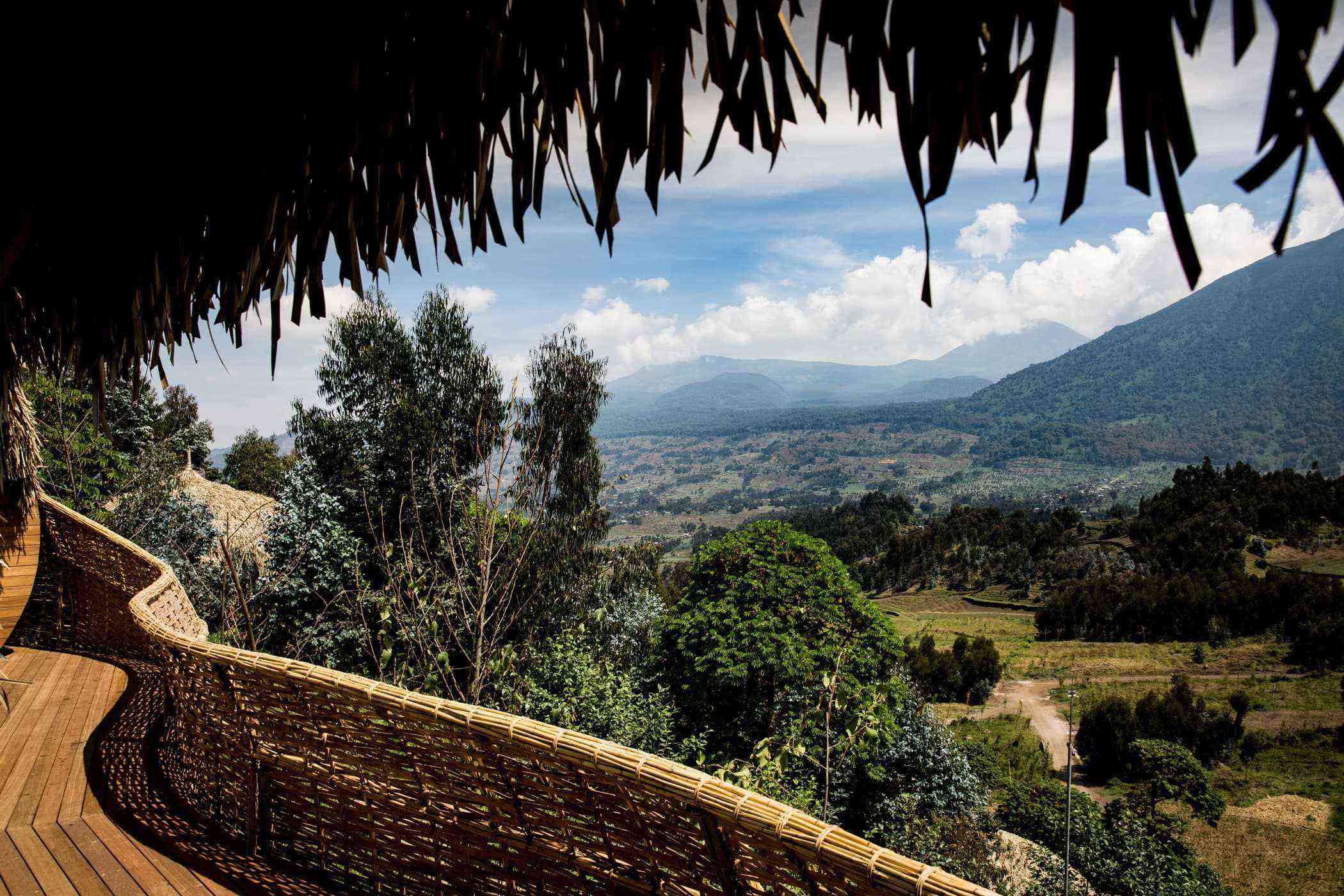 The ethos isn’t that of a regular hotel, either. According to Bisate Lodge mission, “fully inclusive rates are not just about the level of accommodation or the thread count of the linen. They encompass elements that cannot be counted or measured, such as exclusive access to vast tracts of Africa’s best wildlife areas, creating a unique sense of seclusion, comfort, privacy, and space. In turn, [guest] presence helps us in the conservation of all these areas.” Guest can do everything from Rwanda coffee, tea, and wine tastings to tree planting to the unparalleled Gorilla Trek, where rangers introduce visitors with habituated gorillas. 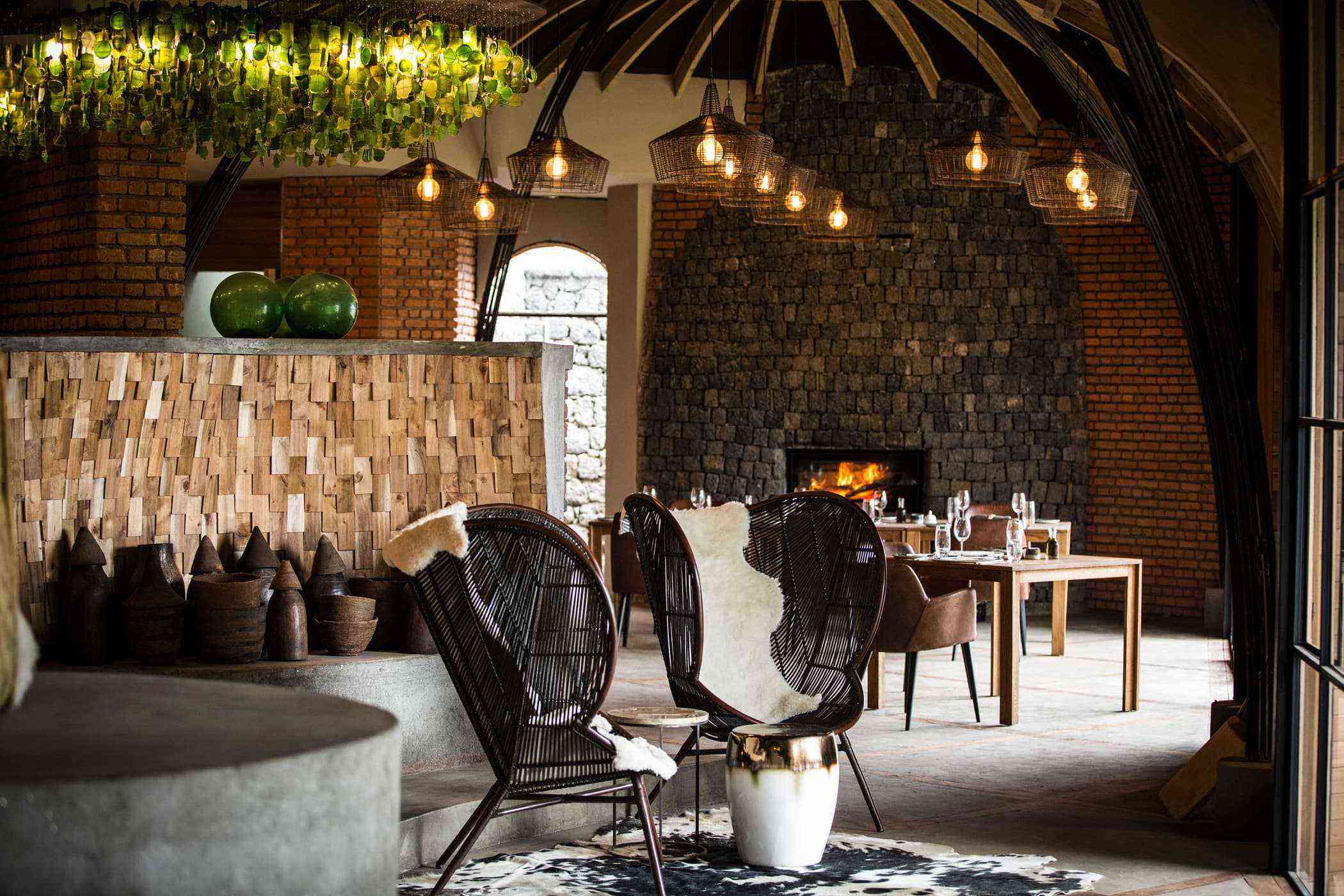 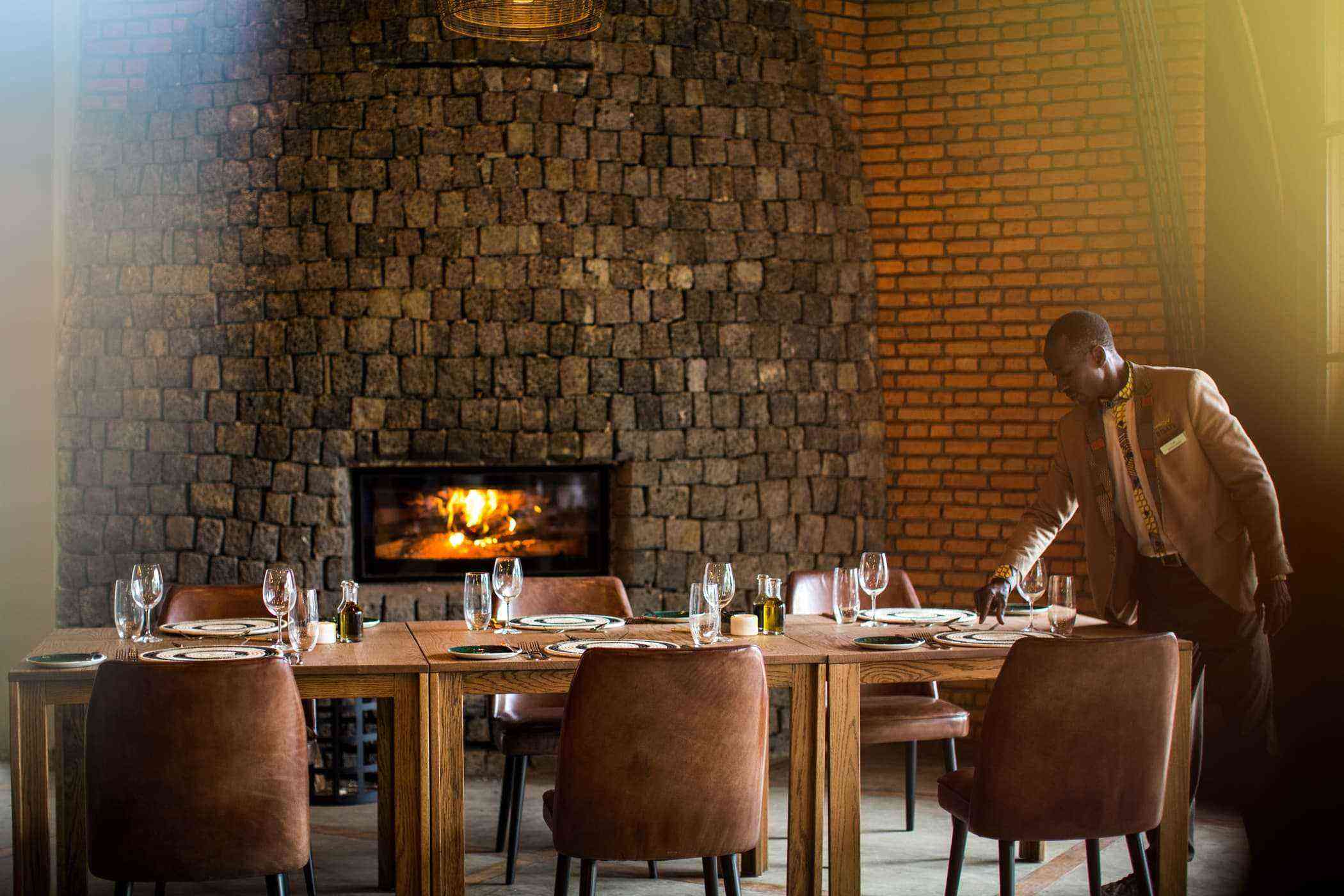 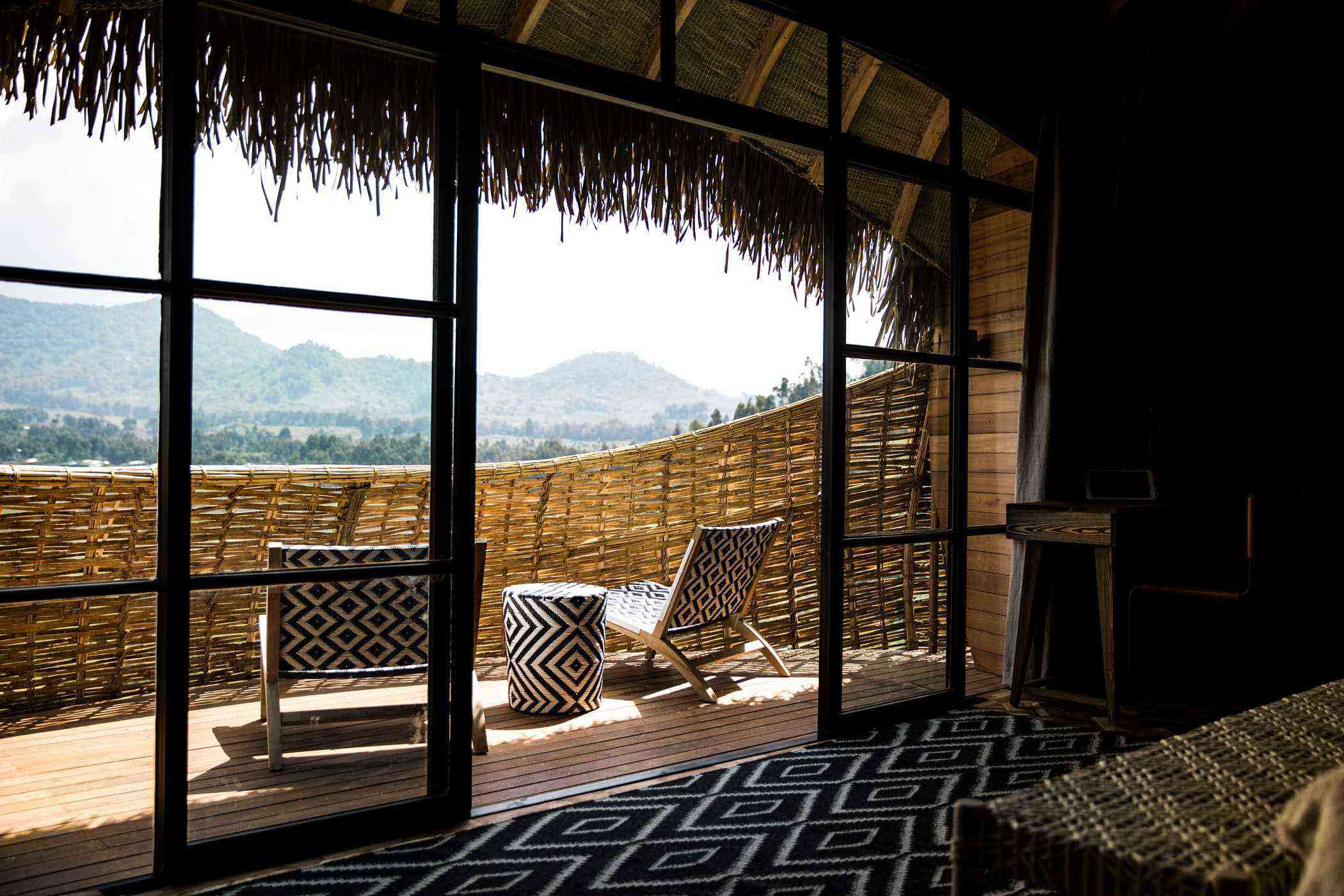 With dramatic views of Volcanoes National Park (including Bisoke, Karisimbi, and Mikeno Volcanoes), the area is home to iconic mountain gorillas, golden monkeys, side-striped jackals, black-fronted duiker, buffalo, elephants, tree hyrax, bushbuck, and a huge variety of birds. It is one of the only sustainable luxury lodging offerings in the area.