Arts & Culture Laura Wheatley He Built a Temple Complex to Honor His Mother. What Are You Doing for Mother’s Day?
Home  >  Arts & Culture
PHOTO: shutterstock

A 26-year friendship that formed in a barber’s chair would later create an endearing Picasso museum in a small Spanish town.

It’s common for expatriates with a cause to befriend fellow countrymen in their adopted land. For some, daily living without the awareness of their birth country around them can grate on the mind. Perhaps that pathos led Pablo Picasso to support fellow Spaniard Eugenio Arias when they met. The artist had already spent 90 percent of his life living outside of Spain because of its fascism. Arias, a barber, had fled the country in 1939 when Franco won its civil war.

It was the late-1940s in Vallauris, a town in southeastern France, when Picasso walked into Arias’ barbershop needing a haircut. By then, the artist was legendary and viewed as a political exile. Customers remembered him as being attentive to the problems of compatriots, always seeking their knowledge.

Haircuts by Arias soon became a once-a-month Picasso home visit. Since the artist believed his hair and nails contained some of his creative strength and anyone who touched them could have power over him, he only allowed Arias to be his barber from then on.

Picasso believed his hair and nails contained some of his creative strength and anyone who touched them could have power over him.

Over the next 26 years, the duo played cards, drank in bars, and attended bullfights in Vallauris. Arias shielded the artist from fans. He arranged interviews for him with art world luminaries or with beloved bullfighters and flamenco dancers. He was included in Picasso’s inner circle and complex family life—welcomed into the fold since Arias’ parents were forbidden a passport from Spain to visit him in France.

The men shared a love of Spain and the bullfight. Political ideas committed them to peace and freedom. Arias recited poetry for his friend. “It was like an oxygen ball for us,” the barber said, recalling the subjects discussed where trust and respect deepened.

Picasso died in France in 1973 at 91. Arias, age 61, and the artist’s wife, Jacqueline Roque, wrapped the man Arias called “his second father” in an iconic black Spanish cape and sat alone with him through the night. Thanks to the sizeable amount of artwork the painter had given to Arias through the years, their friendship lived on as displays in his barbershop where he declined large amounts to sell them.

Franco died in Madrid two years after Picasso, which ended his dictatorship over the country. But it was the artist’s spirit and long-held wish that lived on when his 25-foot-long and 12-foot high, black and white, anti-war Guernica painting, finished in 1937, was returned to Spain when it became a republic.

At its historic 1981 opening in Madrid’s Prado Museum, sculptor Martin Chirino said, “Because of the painting’s political background, the people are talking more about Picasso as a symbol of Spain’s new democracy than as an artist.”

Less notable around the same time was Eugenio Arias’ visit to his Spanish hometown of Buitrago del Lozoya after a 40-year absence to donate his Picasso artwork to the local council. And what a treasure trove they received in the approximately 60 pieces, including graphics, posters, ceramics and other works. Themes were bullfighting, all things Spanish, politics, and objects barbers use. To set them apart from his other prolific creations, Picasso had inscribed each: Para mi amigo, Arias (For my friend, Arias).

A small museum was founded in the town hall’s basement across the street from Arias’ birthplace. He’d later transfer the collection to the Regional Government of Madrid that undertook a magnificent overhaul of the space.

To enter the Museo Picasso-Colección Eugenio Arias, which is “dedicated to art and friendship,” is to walk down a flight of stairs into an open exhibition space organized around three themes: For My Friend, Arias; Doves and Prisoners; and Passion for Bullfighting. 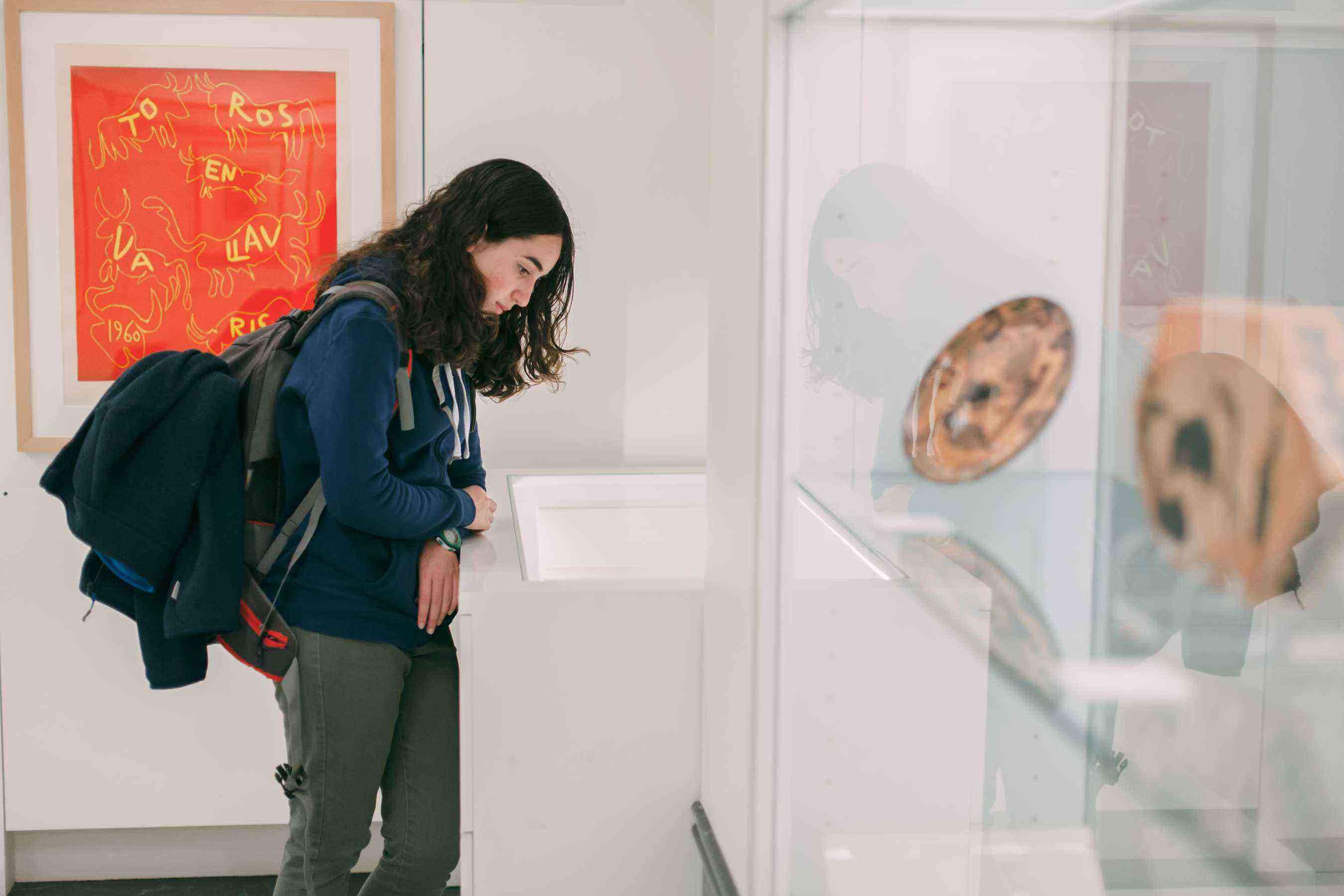 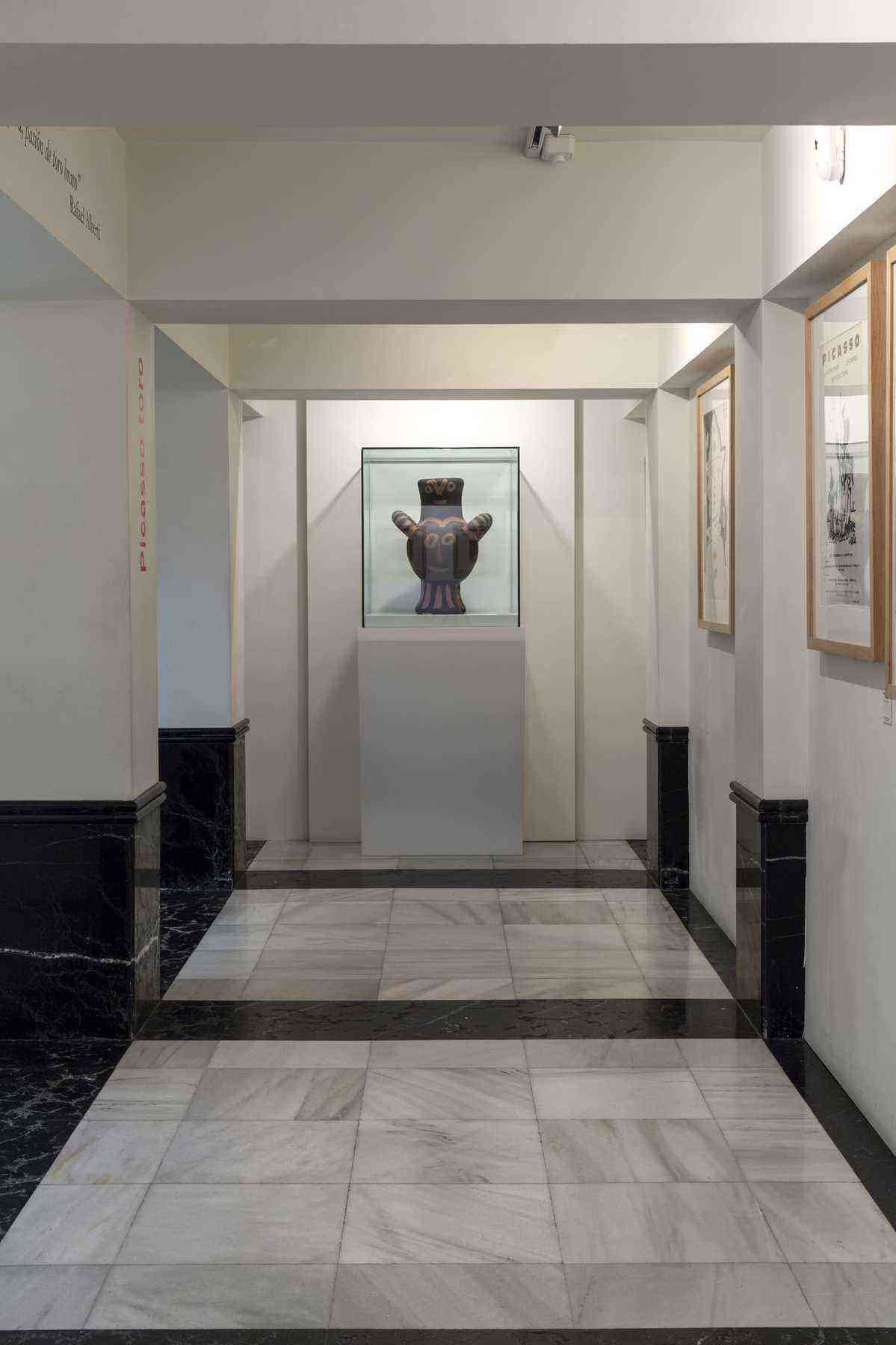 The highlight display is the long wooden box in which Arias kept his barber’s equipment and where Picasso engraved the top with bullfighting scenes. Behind it is a large plaque, made from iron, decorated with the bird of progress.

There’s no entrance fee here, gift shop, or windows, and no rush either. Photographs are allowed without a flash. The décor is stark white, with gleaming marble floors and excellent lighting. Signage and the museum’s website are in Spanish only. Photographs by Andre Villers, David Douglas Duncan, and others catch a glimpse into Picasso’s life with and without Arias. A bust of the painter by Francisco Aguilar is striking. 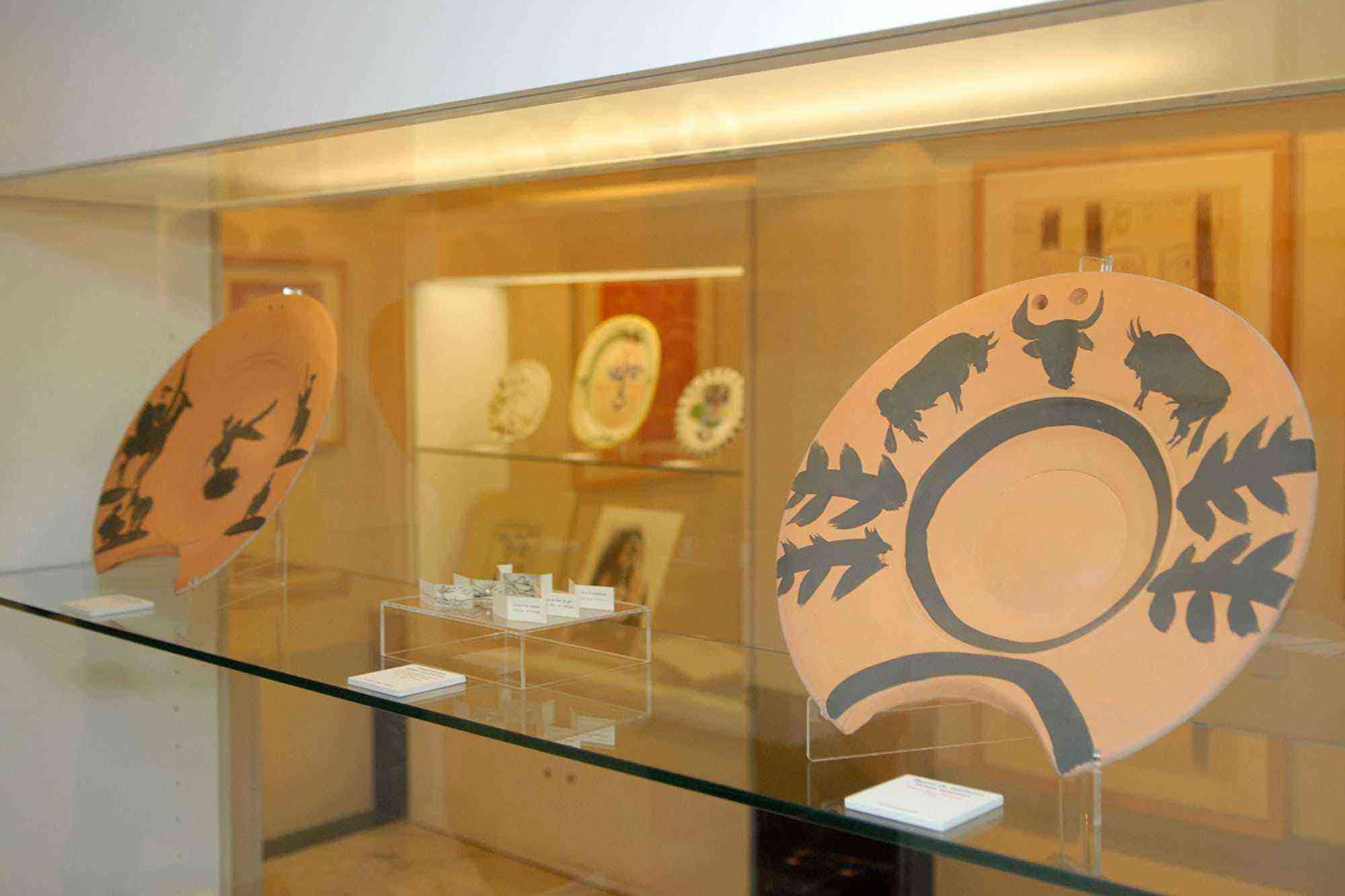 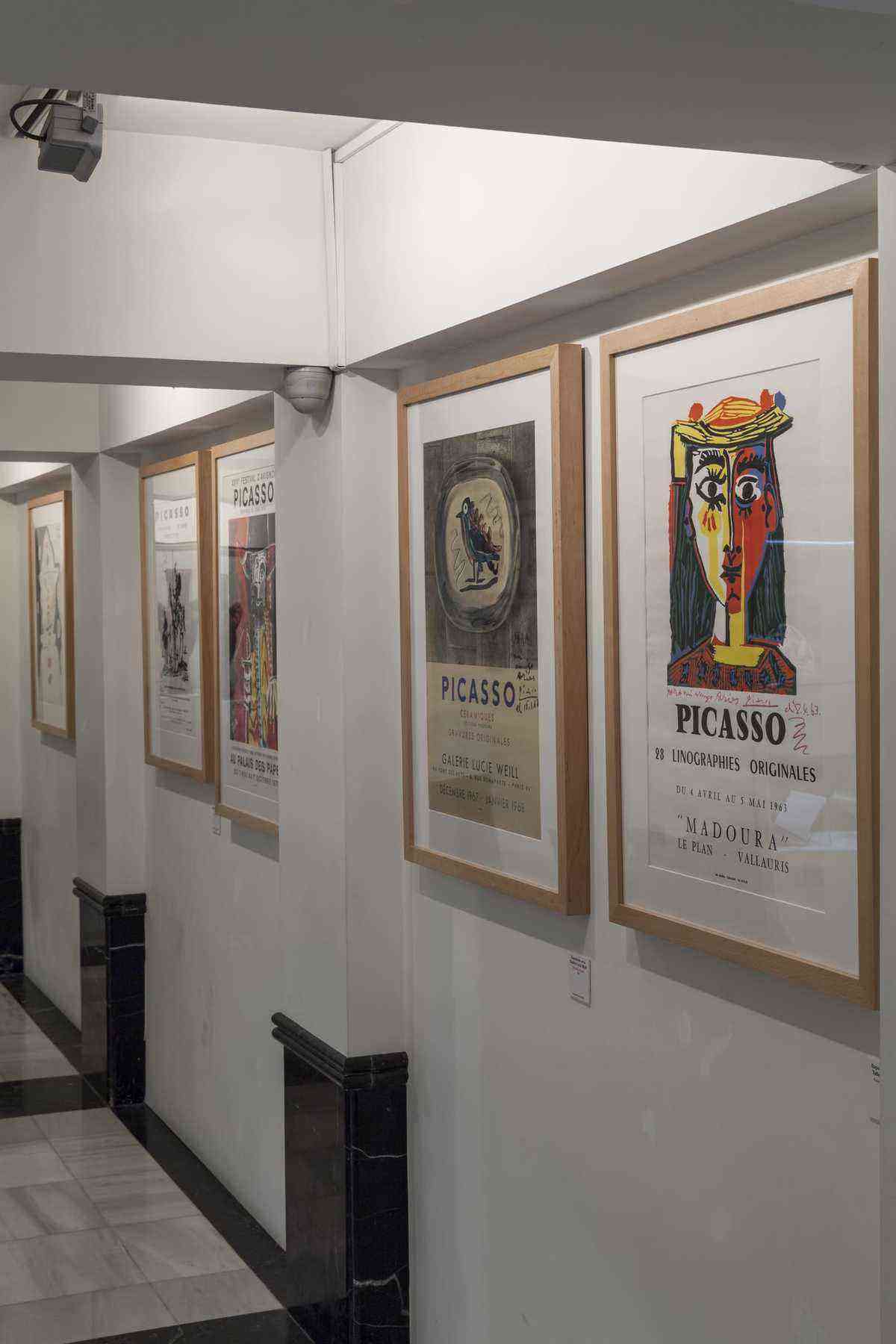 Eugenio Arias, the son of a tailor and a shepherdess, who went to work at age 13 to learn his uncle’s barbering trade, harbored a need for culture from an early age. He created a small library in his hometown shop where many locals learned to read. However, it was a fortuitous moment in his life to abandon his country and to meet Picasso, leaving behind the grandeur of the artist’s presence and their friendship in this little museum with a heart.

Arias died in 2008 at age 98 in Vallauris, France, having been awarded the Silver Medal of the Community of Madrid.

Buitrago del Lozoya is located 83 kilometers north of Madrid and has a population around 2,000. Drivers can take A1 or M12 or M50 routes. Direct buses take about an hour and are accessed at Madrid’s Plaza de Castilla terminal. The museum is walkable from the bus stop; closed Mondays and holidays. The Guernica is now installed in the Museo Reina Sofia, Madrid.