Arts & Culture Meena Thiruvengadam Psst—Use This Secret Trick to Get Into Paris’ Museums for Free
Home  >  Arts & Culture
PHOTO: Netflix/We Are the Champions

Netflix’s newest docuseries "We Are the Champions" travels around the world to find the craziest, funniest, and most fascinating global competitions.

In search of the world’s most bizarre competitions, Netflix traveled the globe and found six weird, whacky, and wild contests for their new docuseries We Are the Champions. Hosted by Rainn Wilson (Dwight Schrute from The Office), the series chronicles everything from dog dancing championships and frog jumping supremacy to cheese rolling tournaments and hairstyling events.

Will you find any of these contests in the Olympics? No. Will any of these matches make it into the mainstream? Probably not. But will they make you laugh, give you wanderlust, and put your own lives into perspective? Yes, they will.

About two hours west of London, the town of Brockworth is known for one very large thing–Coopers Hill. And every year in May, dozens of slightly insane, probably drunk contestants converge on the hill to take part in the most dangerous foot race in the world. The hill is around 300 feet long, descends at a 45-degree angle, and is littered with hard dirt and rocks. The contest starts when an eight-pound wheel of cheese is rolled down a hill and the first contestant to reach the bottom while giving chase is the winner. After numerous broken bones, heavy sprains, and loads of concussions, the winner receives the wheel of cheese and pride for an entire year. 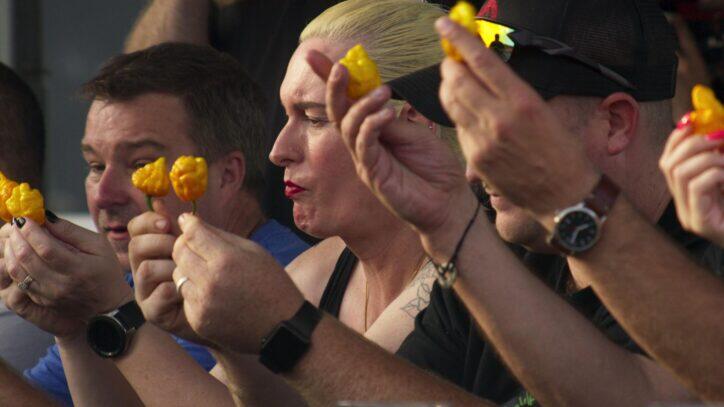 Fort Mill, South Carolina is a quaint town known for its robust annual festivals celebrating everything from strawberries to blues and jazz. But it’s also famous for being the home of the Carolina Reaper—which has a Guinness World Record for the hottest pepper ever tasted. As food eating contests go, the World Championship of Chili Pepper Eating is by far the most excruciating. Contestants from around the world come to compete in a display that leaves them vomiting, crying, shaking, and collapsing. This is a competition for no mere mortals, and the winner walks away with a $1,000 prize and a dozen ulcers. 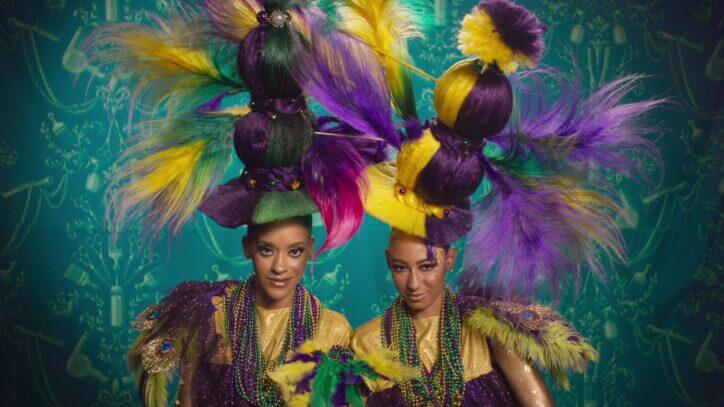 There are a million reasons to visit New Orleans: Grabbing beignets at Cafe Du Monde, chilling to sweet sounds during Jazz Fest, sipping tiki drinks at Beachbum Berry’s Latitude 29, or just going nuts during Mardi Gras celebrations. But one more addition to your list should be the Bronner Brothers International Hairshow. Here, hairstylists compete by creating the most elaborate, ornate, fantastical, and dreamy creations completely made out of hair. The competition has a 75-year history and the only limits to winning are the contestant’s imaginations.

It’s a duet between a dog and its owner and it’s one of the most bizarre competitions in the world. The Open European Championship (O.E.C.) features teams from an array of countries competing in a variety of competitions that has dancers and dogs in choreographed harmony. There are crazy costumes, goofy music, and really, really cute dancing dogs. The competition is judged on the difficulty of moves, musicality, and precision, and the winners are all very good boys.

Home of the Rock and Roll Hall of Fame, the Cleveland Browns, sometimes Lebron James, and one of the most intense competitions on the globe—The World Yo-Yo Contest. Competitors flock from far and wide to compete with their Yo-Yo’s to become the king or queen of string. The contest is judged on the number of tricks in a set time, performance, originality, and style. If you want to see hundreds of teenagers yo-yoing in a hotel ballroom to rock music, this 88-year-old competition is right up your alley. 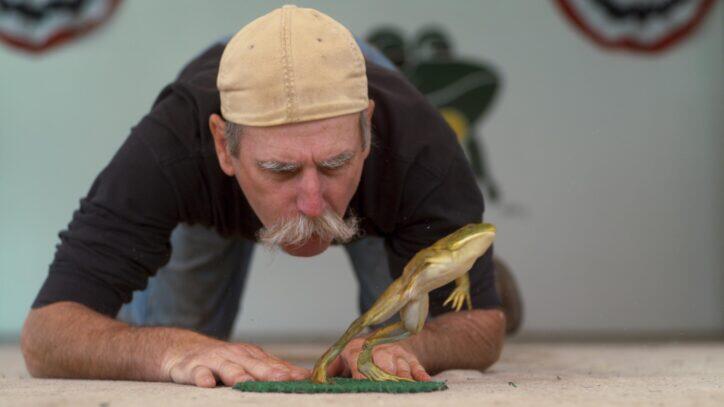 Literary fans have a lot to love about this crazy competition. Every May, during the Calaveras County Fair, the world’s best frog jockeys (yes, frog jockeys) converge on Angels Camp, California to compete in a Frog Jumping tournament. The competition is inspired by a Mark Twain story and the event has been taking place for more than 90 years. The rules here are simple: the frog has to be an American bullfrog, and the winner is determined by how far the frog jumps in three hops. Each winner receives $700, a trophy, and is immortalized in the sidewalk in the town’s prestigious Hop of Fame.