Arts & Culture Laura Wheatley He Built a Temple Complex to Honor His Mother. What Are You Doing for Mother’s Day?
Home  >  Arts & Culture
PHOTO: Vicki Gray

Motorcycles are no longer reserved for the boy’s club.

When you think of a motorcycle, who’s in the saddle? By pop culture standards, you might imagine the predictable scenario: a gang of burly, bearded white dudes dressed head-to-toe in leather. In reality, the motorsports world is getting more diverse each year, and women are no longer playing the passengers.

Each year, thousands of women from around the world partake in International Female Ride Day (IFRD), a globally synchronized ride for women on motorcycles, scooters, and trikes. “Every year the number [of riders] and participating countries involved grows,” says Vicki Gray, founder of IFRD and MOTORESS.

Gray, a motorcycle instructor, is one of the women changing the face of motorsports. In a 2018 Motorcycle Industry Council survey, female motorcycle ownership doubled in the U.S. over the last decade, with one in every five motorcycle owners being female.

“People are always surprised to see a woman on a bike, even though there are more than ever before,” says Gray.

Gender isn’t the only demographic to shift. The same survey notes that younger women are joining powersports in droves, with Gen X making up 22% and millennials making up 26% of female participating riders. 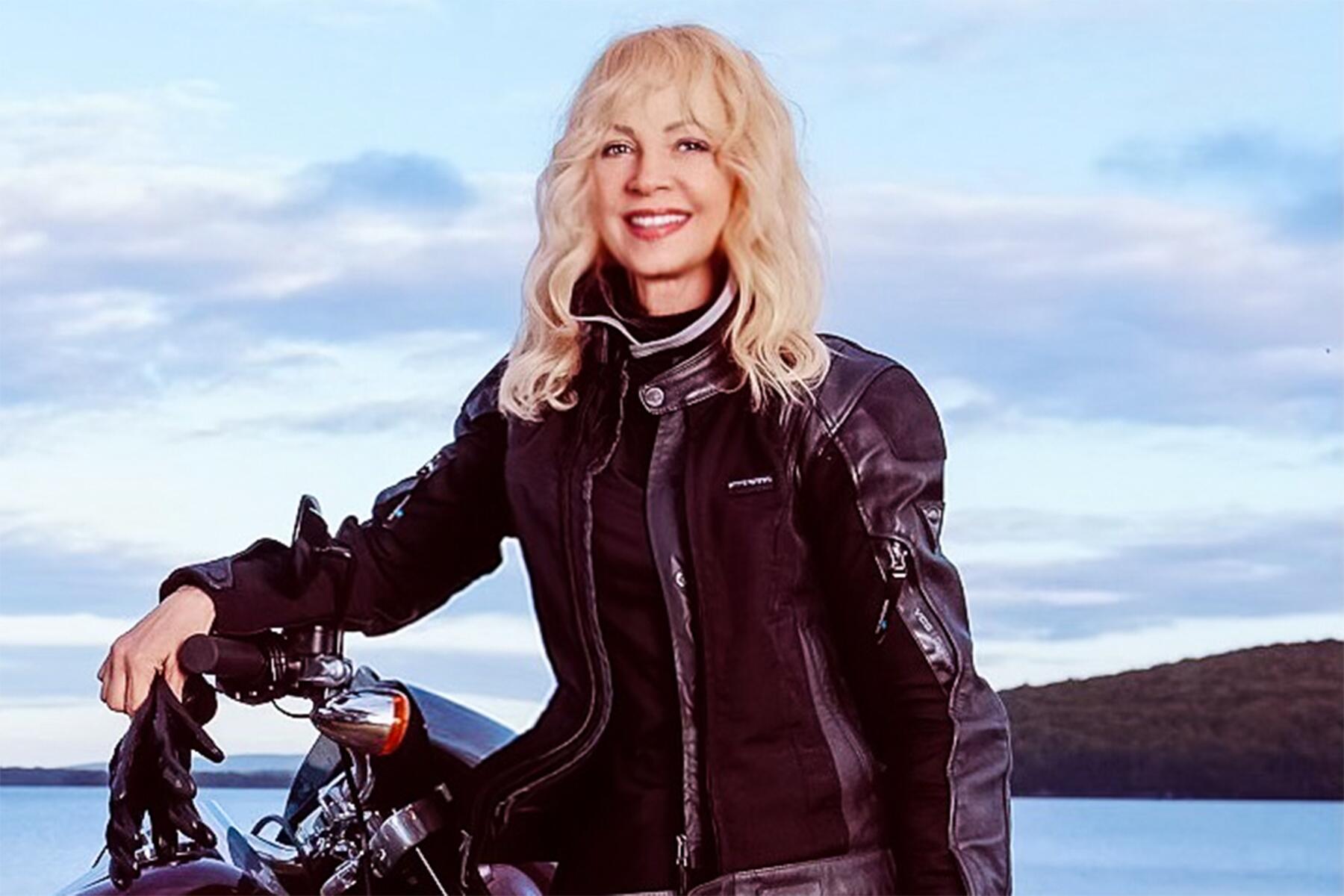 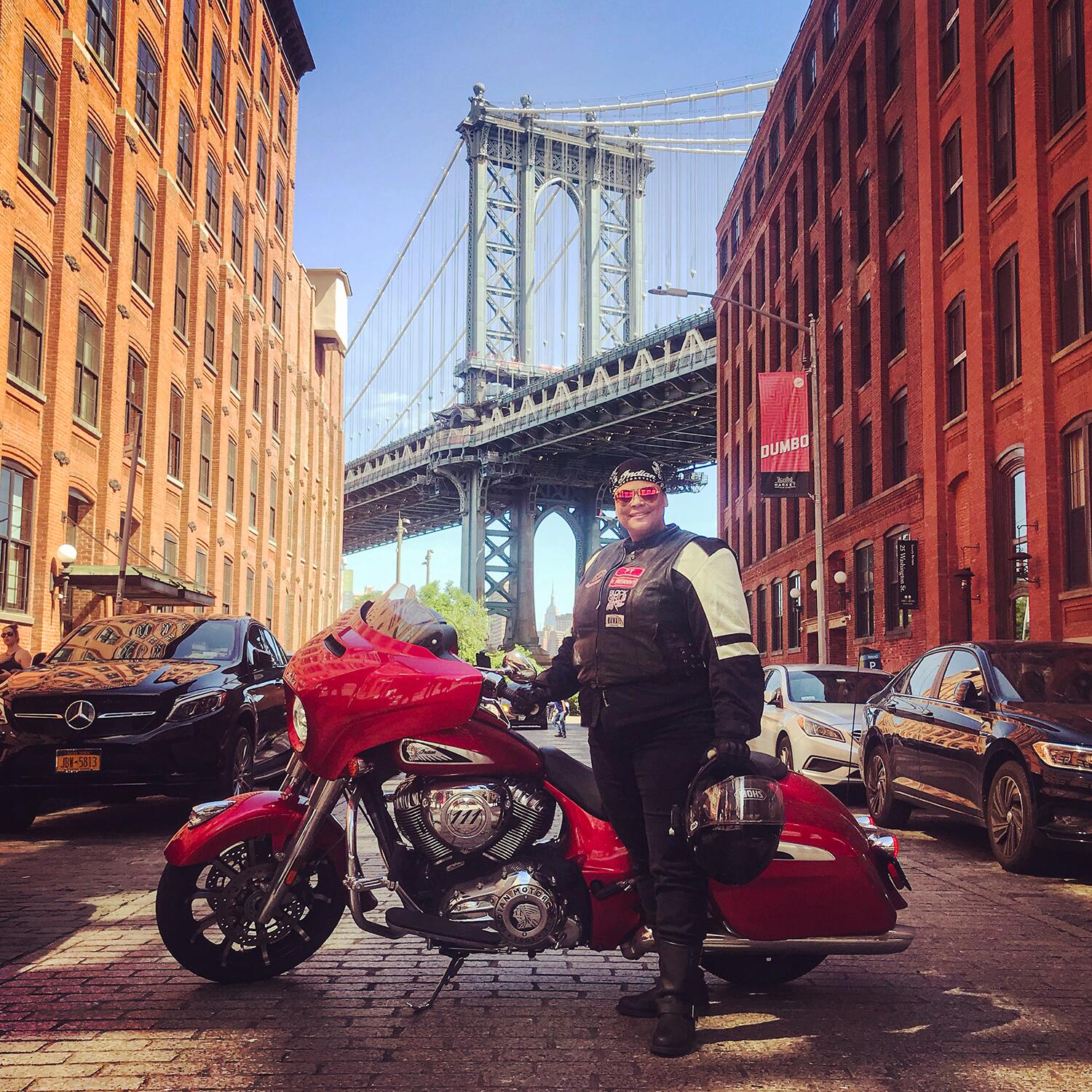 INSIDER TIPThe countdown for the next International Female Ride Day has begun! IFRD takes place on the first Saturday of May each year. The synchronized ride has a mission of building awareness and uniting women in powersports around the world. The next ride will be on May 1, 2021.

As a young girl, Gray deemed herself a “tomboy” who enjoyed riding horses and snowmobiles. It wasn’t until adulthood, while looking for a distraction from her corporate job, that she decided to take a motorcycle class. “Bingo. I found my passion,” says Gray, who has been riding for 35 years.

Born in Canada but living in the Netherlands, there were no women in motorsports for Gray to look to at the time. In 1998, she founded RaceGirl Motorsport, a non-profit motorcycle training and support community headquartered in Amsterdam. According to Gray, the site was the first online motorcycle magazine for women and has since been renamed MOTORESS. 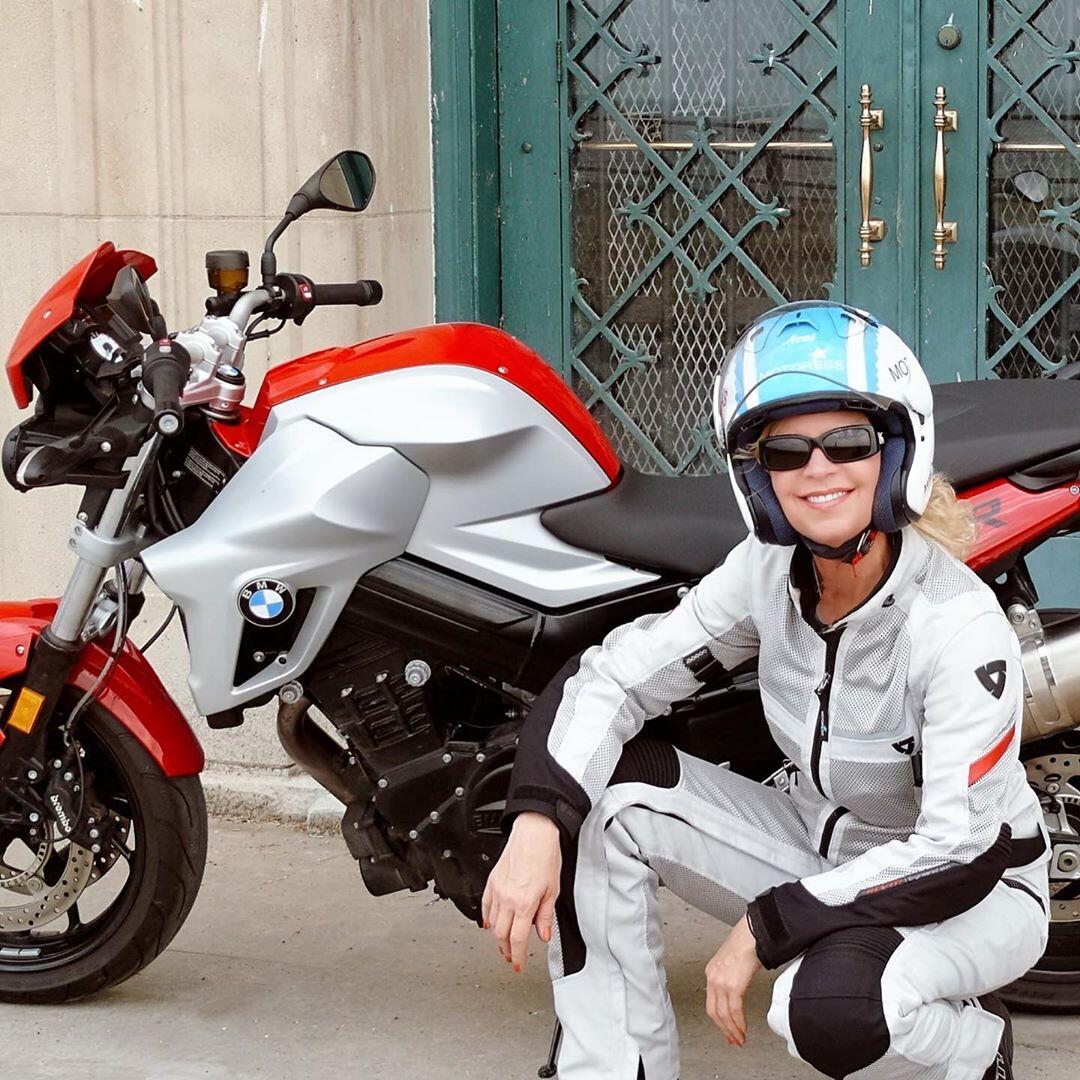 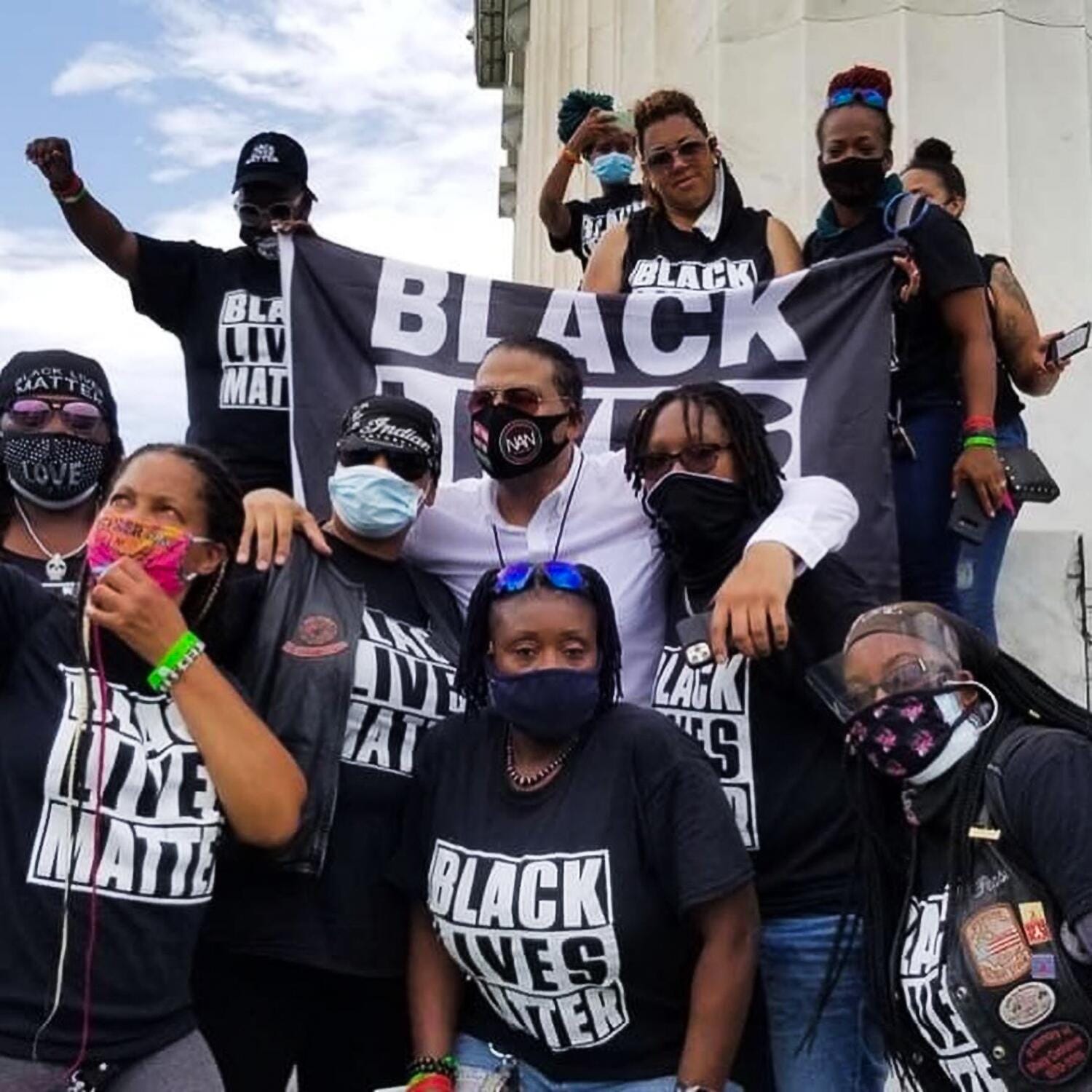 This passion for creating community led Gray to launch IFRD in 2007. This year is the first year IFRD has partnered with Polaris, a powersports product line, in an effort to include all female riders.

“People are always surprised to see a woman on a bike, even though there are more than ever before.”

“With Polaris taking partnership, we’ve been able to profile and demonstrate these really amazing women that also enjoy snowmobiling, four-wheelers, and ATV quads in the desert,” says Gray. “It’s opening and expanding the whole powersport realm of [International Female Ride Day], which is very positive.”

The original IFRD was scheduled for May, but COVID-19 rained on that parade. After delaying the event to August 22, thousands of women around the world made the decision to (safely) ride. IFRD has given women like Porsche Taylor a place to meet friends and find riding buddies.

Taylor, the founder of Black Girls Ride magazine, knew there were women riders like her but didn’t know where to look early on. After seeing the film Biker Boyz with her cousin in 2003, she was inspired to take up riding.

“The thing in the movie that really stood out to me were these women. They were all strong, riding their own bikes,” explains Taylor, “They weren’t on the back. They weren’t accessories.”

Like Gray, Taylor was looking to break the glass ceiling of motorsports.

“I researched and found that there wasn’t very much in the way of representation on the motorsports media side for women of color in particular,” explains Taylor. “I thought instead of complaining about it, I’d just be the change I wanted to see,” she says.

With a national uprising in response to police violence in the U.S., Taylor decided to organize a cross-country ride to Washington, D.C., for the 57th anniversary of the March on Washington. “[Police brutality] isn’t getting worse; it’s just getting filmed…and it’s directly affecting our community,” says Taylor.

Taylor and four fellow bikers rode 2,700 miles from California, making stops at historic landmarks along the way. One of their visits was to Little Rock Central High School in Arkansas, the first school to be integrated in 1957.

“Meeting up with all of those riders in D.C., and then meeting up with the hundreds of thousands of people in solidarity and calling for unity and leadership in our country—that was an amazing feeling,” says Taylor, who was also honored to speak at the march. “When I thought of where Dr. King stood 57 years ago, it gave me a little bit of anxiety, but I’m very happy I did it,” she says.

IFRD and Black Girls Ride have had the opportunity to collaborate, working in tandem to uplift women.

“With [International] Female Ride Day, the fact that all the cultures are blended, all languages are unified by this action for women, [it] empowers women everywhere in every country,” says Gray.

Gray notes that the right to ride hasn’t been equal in all countries. In 2017, women in Saudi Arabia were granted the right to drive vehicles and ride motorcycles. “It’s hard to relate to that—to know that women were not allowed until recently,” she says.

Industries and society are also becoming more accepting of women riders. “The main stereotype that was prevalent when I started riding was that women were kind of thought of in a second class citizenship, not just in the community but at the dealership,” shares Taylor.

She’s seen a vast improvement with more women being hired as sales representatives in dealerships, working at trade shows, and men approaching women as capable buyers. “We’ve got a long way to go, but I have to acknowledge the strides that have been made,” she says.

Representation also has the power to shift perspectives early on.

“When I was growing up, little girls played with dolls…fun toys were for boys,” says Taylor, “Seeing women on motorcycles, there’s always a little girl somewhere who sees you and the smile lights up her face; there’s something she can aspire to.”

Being sheltered from motorcycles as a young girl can make the sport “look intimidating,” says Gray. Rest assured, this motorcycle instructor believes everyone—especially women—can learn how to ride.

Taylor puts it simply: “The saddle really knows no gender.”