That’s the equation that makes up Dripped on the Road, a traveling artist residency program based out of an RV. Founded in New York City, the program invites artists to travel in a portable studio for 3-4 weeks at a time to cities all across the east coast, and paint murals on public walls for the community to enjoy. At their destinations, the artists lead guest lectures that focus on the impact of public art on communities and encourage other artists to leave their comfort zones and travel the world. The RV also stops in National Parks where the artists create smaller works on paper, which are later showcased at a partner gallery. So far, four artists have been invited on the Dripped on the Road residency, traveling a total of 6,000 miles and painting 20 murals in just about every state on the east coast from New York to Florida.

We spoke with the project’s co-founder, Brooklyn-based artist Ramiro Davaro-Comas, about travel, public art, inspiration, and where the road will take them next. 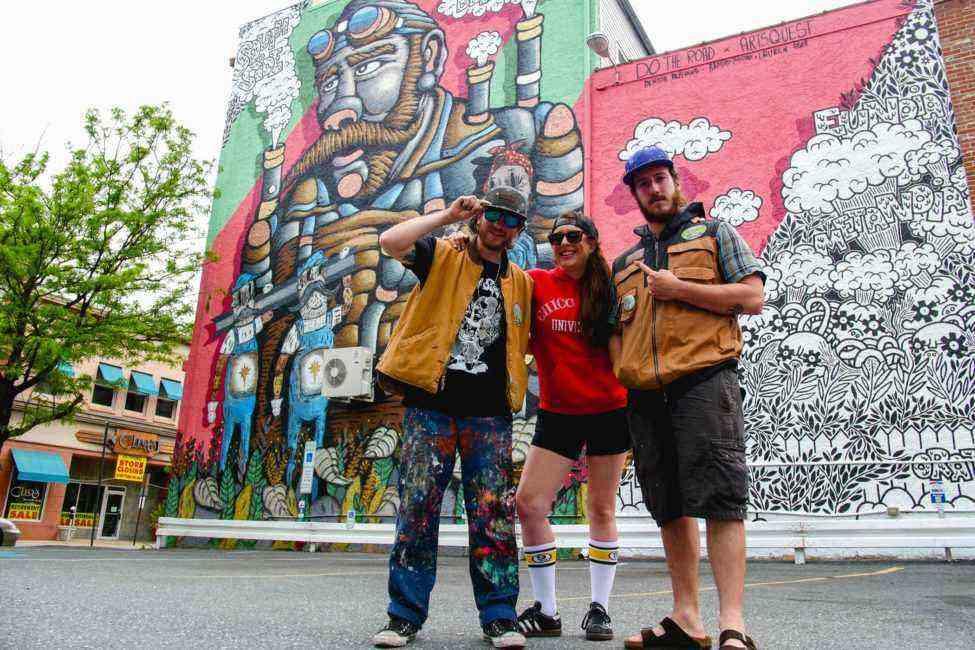 How does public/street art help shape and mobilize communities?

Public art is a catalyst for growth, development, and creativity. It is the inspiration around the corner that every kid deserves. Speaking more broadly, muralism and public art repurpose derelict and neglected spaces into community focal points. A once-crumbling wall or construction container that gathered litter and human and pet excrement is repurposed and revitalized for the neighborhood to convene and take pride in. Public/street art is meant to inspire, provoke thought and pride, and make people happy. 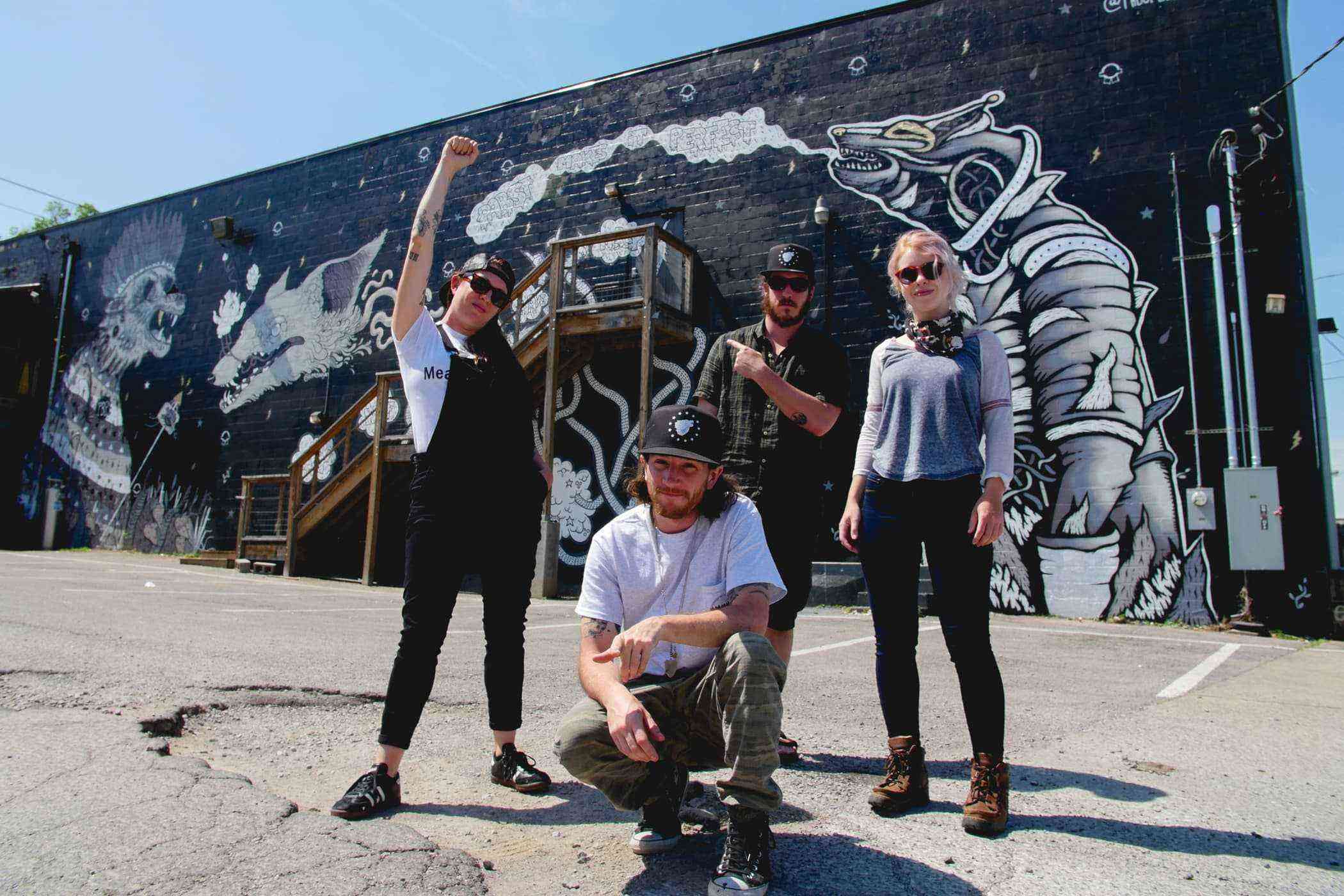 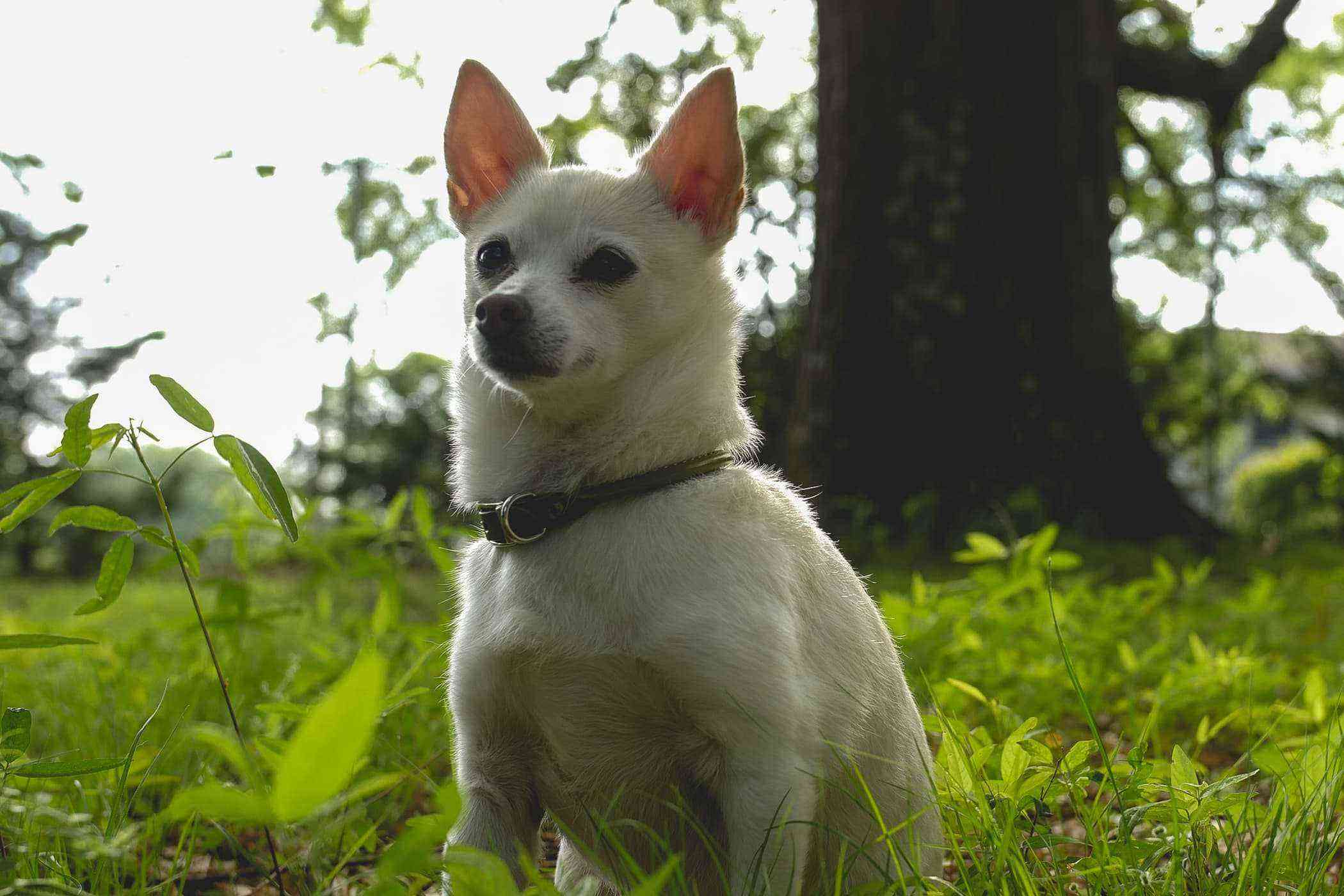 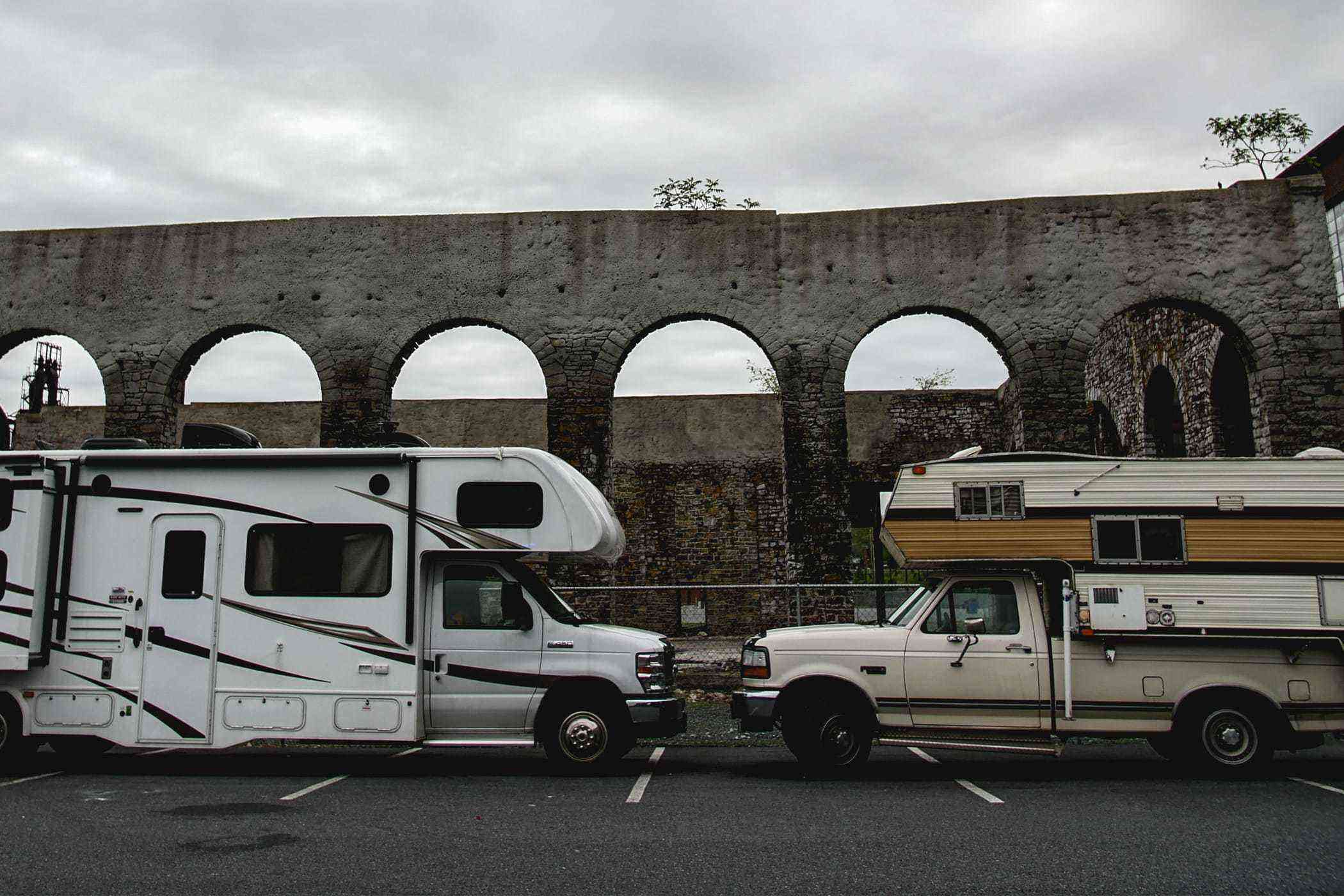 1. Ramiro and crew stand before their mural in Nashville. 2. Yuki the dog.

What inspires you most when you’re traveling?

[It’s] a real human experience, and the fact that time doesn’t really exist when you travel. You become time rich. Our days were packed with so many challenges and so much traveling, adventure, and painting, that each day seemed to last about a month….and after a few weeks on the road, it seemed like we had been traveling for a year already. Every day was a chance for us to be who we wanted to be and do what we wanted to do; we didn’t live with much, but we were rich. If you choose certain paths, traveling around the United States is pretty predictable and safe, There will always be a Walmart and there will always be a McDonald’s. But if you choose to go a different route, the U.S. is probably one of the most inspirational places I have traveled through. On our first trip, there were a couple of days where we were in South Carolina staying on a beautiful forested beach. Then the following things happened—we went to a shooting range (some of us had never shot guns), then to have Thanksgiving with 80 strangers at a random animal farm in Savannah, Georgia, that we found last minute, and then to Orlando to celebrate my birthday at Medieval Times, a medieval themed dinner and show. It was epic. 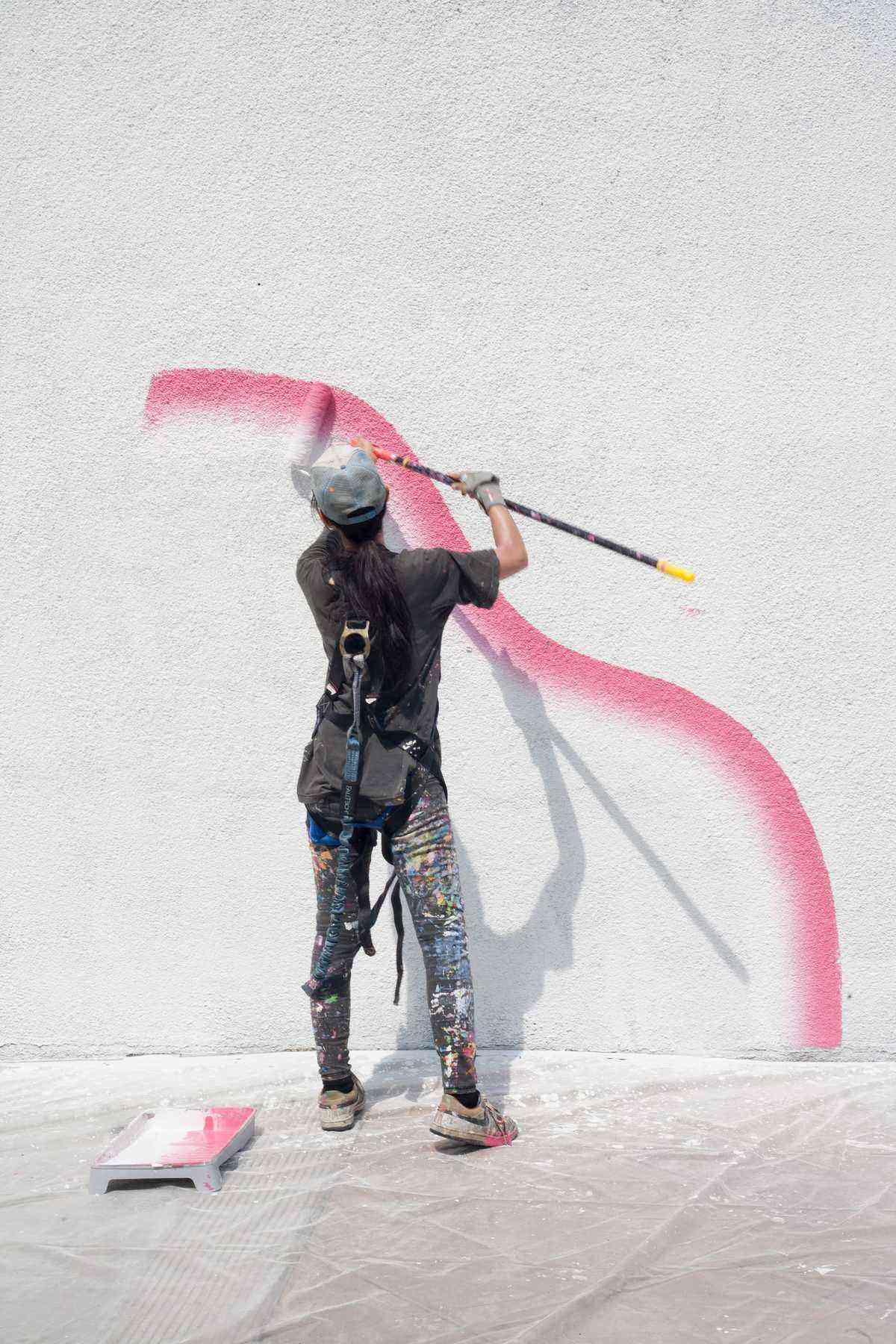 On top of all that, watching the resident artists paint, create, have fun, and enjoy the program is probably the most inspiring part. As directors, sometimes we are bogged down by everyday stuff while on the trips, so it’s always super refreshing to see what these artists have painted on the wall, or have created in their sketchbooks that day.

Do you ask permission before painting these public spaces?


We always get permission to paint during our trips. Logistically, we spend about 3-4 months preparing everything and making sure we have secured wall space in each city we go to. These jobs that we do are rather large and sometimes require lifts, space, and funding, so we have to make sure everything is all set before we leave. It is very intense logistically because of all the contacts we have to speak with and every plan we have to make, but it’s worth it! 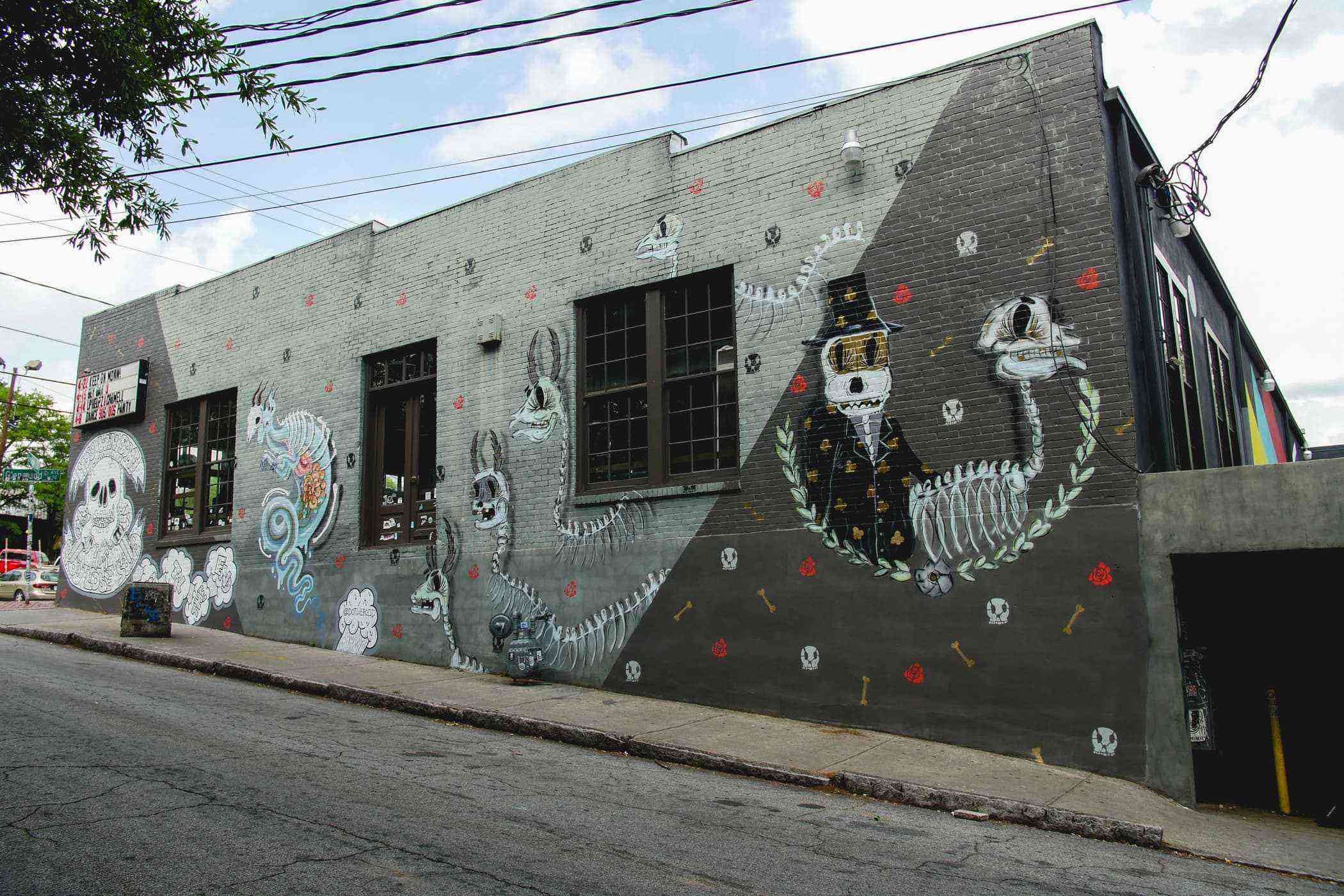 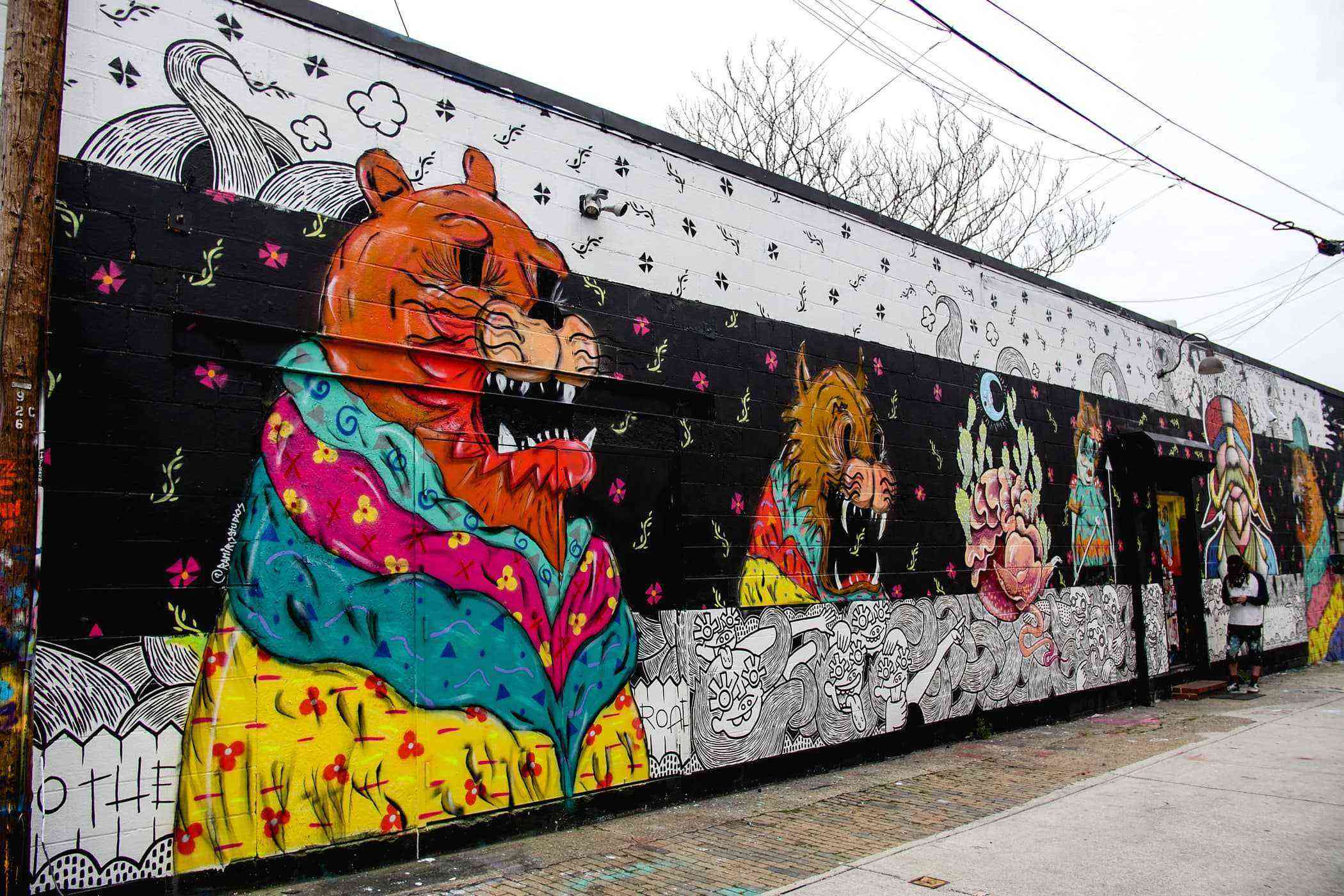 What do you want to communicate with your art?

Our artwork on the road is heavily influenced by the location in which we are painting in, so we visually communicate those kinds of themes in our murals. For example, we painted a bar called the Graveyard Tavern in Atlanta. The neighborhood was a hip, young, beer-drinking crowd, so we painted some “Ghouls, Ghosts, and Skeletons” on the facade of this bar, and used the same colors that were in the area to paint the images with. This theme not only worked with the bar, but with the local folks as well, and people really dug it. A lot of people just hung out with us while we painted it for four days straight. Our main goal is to create a visually appealing mural in context of where it is, and what building it’s on. We understand that once we leave, it is left for the community, and so it is important for us to take their thoughts and ideas into consideration…even though we may already have a sketch made up.

“It’s theirs now, they will take ownership of that wall.”

It is always nice to put a community member’s name up somewhere on the wall, or some colors, or something they had suggested when they were in conversation with the group. It is theirs now, they will take ownership of that wall. 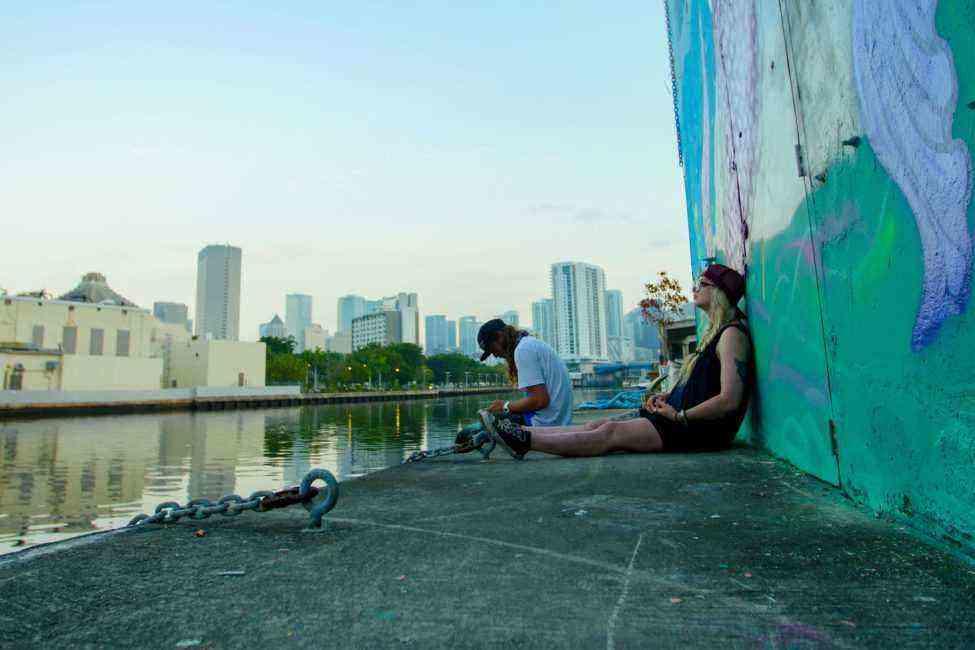 What’s next for Dripped on the Road?

Dripped on the Road will be running its third program this August, with invited resident artist BelowKey from New York, and will be painting in Hamburg, New Jersey, and Ithaca, New York, with local artist Jim Garmhausen. We’ll also be in Boston with local artist MerkThose, and Worcester, MA, for the Worcester Pow!WoW! Festival.

Additionally, we will be bringing new and creative spins to the idea of an artist residency program. While we will be planning and running a few projects out of the RV during the year, we are also working with a few established residency programs to bring artists into this type of creative environment as well.

See the artists on their journey from Asheville, North Carolina, to Nashville, Tennessee, during their April residency below. Video by Lisa Bolden.