6 Broadway Shows to See This Spring

The current spring season on Broadway has ushered in a crop of diverse shows, with something for everyone: big-budget musical revivals with catchy songs; smaller, historical and dramatic plays; and star-driven productions with both Tony and Pulitzer Prize winners. There are also shiny debuts from film actors Michelle Williams and James Franco, while Neil Patrick Harris makes his long-awaited return to the New York stage. For your next night out on the Great White Way, these buzz-generating shows are the ones you should buy tickets to see. 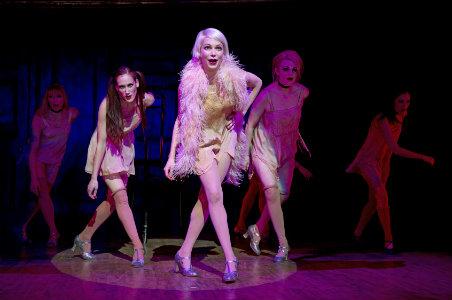 Three-time Academy Award nominee Michelle Williams makes her Broadway debut as flirty English singer Sally Bowles, while Tony Award winner Alan Cumming reprises his multi-layered role as the Emcee in Cabaret, a revival of Roundabout Theatre's critically acclaimed, wildly popular 1998 production. Based on Christopher Isherwood's The Berlin Stories and set in the late 1930s, the musical tells the story of an American writer who meets Bowles in the gritty Kit Kat Club as the Nazi Party is gaining power. Bravo to this risqué production that still feels relevant more than 15 years after it first bowed on Broadway. Studio 54, 254 W. 54th St., 212-719-1300. 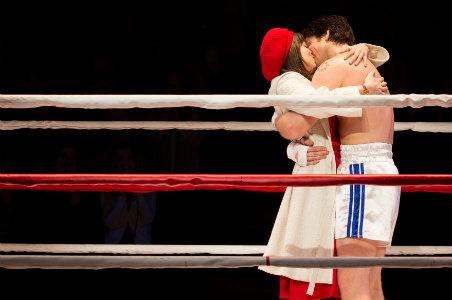 Following a successful run in Germany, the musical adaptation of Rocky has landed in New York City. Alex Timbers’ innovative production is coupled with all-star writing (songs by Tony winners Lynn Ahrens and Stephen Flaherty) and choreography teams. The story shifts between Rocky and his girlfriend Adrian’s love story, and his love of fighting. There's a true stage spectacle in Act II, when the boxing ring moves over part of the audience for the big showdown between underdog Rocky and heavyweight champ Apollo Creed. Winter Garden Theatre, 1634 Broadway, 212-239-6200. 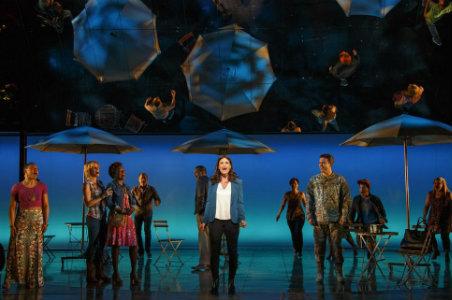 The spirited new musical If/Then stars cherished Tony Award-winner Idina Menzel as Elizabeth, a newly divorced, late-30s woman who returns to her native New York to press the reset button on her life. The story, penned by the Pulitzer Prize-winning duo behind Next to Normal, shifts back and forth as Elizabeth teeters between two competing paths and alternative life choices. The contemporary urban issues, well-seasoned cast of Broadway regulars, and energetic numbers make this a fun, modern, and meaningful production. Richard Rodgers Theatre, 226 W 46th St., 800-745-3000.

Hedwig and The Angry Inch 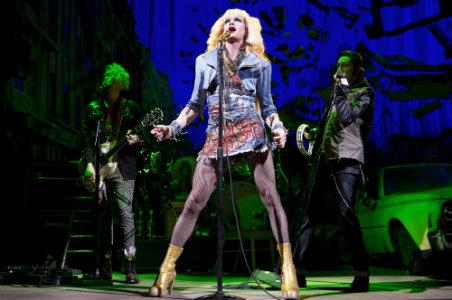 Inimitably talented Neil Patrick Harris stars in this edgy musical about an audacious, transgendered East Berlin rock star and his band, the Angry Inch. The glam Hedwig and the Angry Inch is all heels, glitter, glitz, and heartbreaking confessions in the form of songs such as “Origin of Love,” based on an Aristophanes’ speech. The punchy revival promises to blend the same raw, edgy style as the 1998 Off-Broadway cult sensation by star and co-writer John Cameron Mitchell, with music and lyrics by Stephen Trask. The result is an unforgettably heartfelt, blingy, and raucous production. Belasco Theatre, 111 W 44th St., 212-239-6200. 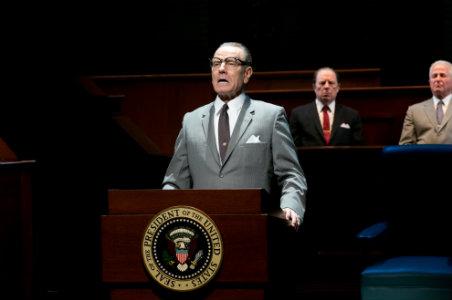 Fresh off his gripping Emmy-Award winning performance as Walter White in Breaking Bad, stage veteran Bryan Cranston portrays 36th President Lyndon B. Johnson in the wake of the Kennedy assassination. Charting Johnson's early years during the tumultuous 1960’s, the compelling historic bio-play All The Way focuses on LBJ’s complicated landmark Civil Rights Act as the start of the Vietnam War looms in the background. The playbill is chalked with a diverse and controversial range of energetic characters from Martin Luther King Jr. to J. Edgar Hoover. Cranston delivers a fleshy, complex performance, mostly addressed straight to the audience. Neil Simon Theatre, 250 W 52nd St., 212-239-6200.

Of Mice and Men 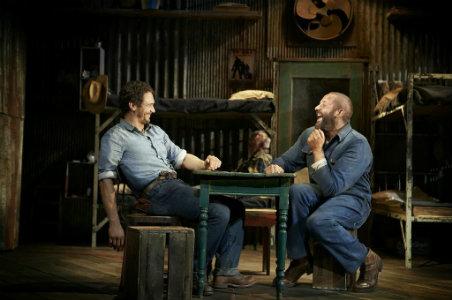 Kate Donnelly is a freelance writer based in New York. She’s the founder of the creative collaborative, From Your Desks. She’s a Contributing Editor at Fathom and her work has appeared in Bon Appetit, Forbes, The Huffington Post and Refinery 29. She travels for the food. Follow Kate on Twitter @k8bdonnelly.