Beyond festivals like Mardi Gras and Jazz Fest, New Orleans also offers food- and drink-focused festivals where you can get your fill of signature local eats like beignets, muffaletta sandwiches, bananas Foster, and crawfish étouffée, and also attend cooking demonstrations, check out arts and crafts, hear great live music, and party with the locals. Unfortunately for your taste buds, you’ve already missed the New Orleans Food and Wine Experience (end of May) and the New Orleans Oyster Festival (beginning of June) for this year, but there are still so many delicious festivals to catch and so much good food to eat. Here are our picks; pack your stretchy pants! 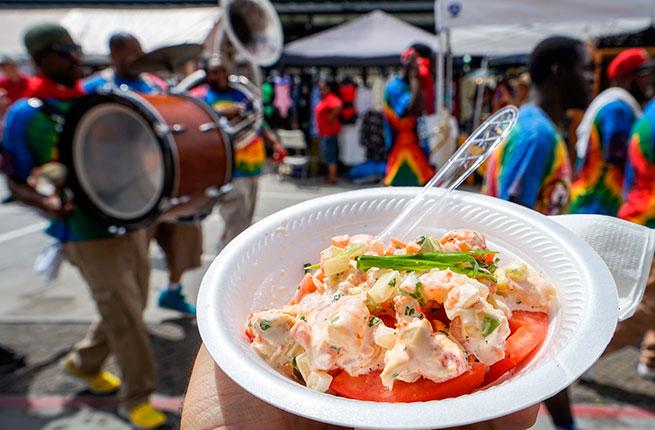 With the Gulf of Mexico a shrimp’s throw away, it’s no wonder New Orleans is known and heralded for the quality of its seafood.  It’s also no wonder that seafood lovers migrate year after year to the free, three-day celebration of shrimp, crab, oysters, crawfish, and more that is the Louisiana Seafood Festival. You’ll find celeb-chef cooking demonstrations, live entertainment, and signature dishes from top restaurants including Acme Oyster House, Drago’s, and Jacques-Imo’s. It all happens at the City Park Festival Grounds.

Tip: It’s easy to get to the festival by streetcar. From downtown, take the “Canal/City Park Museum” to the end of the line.

2016 marks the 30th anniversary of the French Market Creole Tomato Festival. This free festival (no tickets required) is a celebration of the locally grown Creole tomato—a key ingredient in local dishes—held in the nation’s oldest marketplace, the French Market. There are booths selling dishes made with Creole tomatoes, cooking demonstrations, tomatoes for sale and sampling, a Bloody Mary Market, tomato-eating contests, awards, and live music on four different stages.

Tip: June is HOT; bring a bottle of chilled water and download a copy of the map in advance so you can find the closest beverage booths. If you need an excuse to eat out in New Orleans in August (besides amazing food, great live music, etc.), restaurants participating in Coolinary New Orleans Restaurant Month offer special prix-fixe, three-course lunches and dinners at cool summer prices. Top restaurants in past years have included Commander’s Palace, Court of Two Sisters, Emeril’s Delmonico, La Petite Grocery, and Domenica. If you’ve had a few restaurants on your to-do list for a while, August is the month to check them off. Participating restaurants (and their menus) can be found online.

Self-described (and widely seconded) as the best place on earth to sample a dozen different styles of gumbo, from traditional to creative with full portions as well as “tastes,” The Tremé Creole Gumbo Festival­­­, held in the French Quarter's Armstrong Park, is also New Orleans's premier brass band showcase. Produced and presented by the New Orleans Jazz & Heritage Foundation, the pairing of gumbo and jazz is a feast for the senses and it’s also free to attend. You can spend your vacation money on local crafts at the arts market.

Tip: Every year more than a few vendors offer vegan gumbo for those avoiding seafood or who just want to try something different. You’re also likely to find sweet potato pie and red beans and rice. 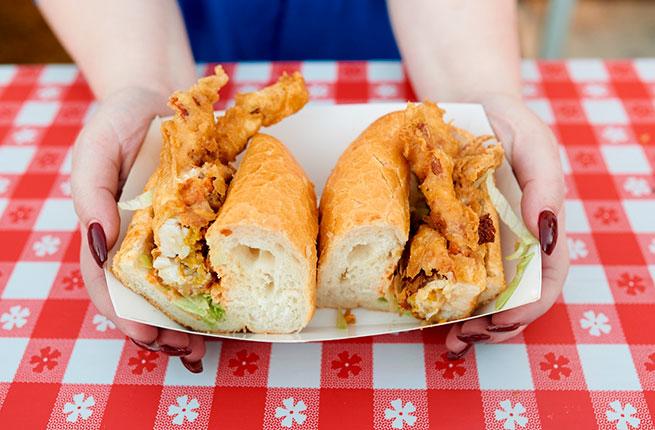 It’s exactly what it says it is—a festival celebrates one of the city’s most beloved treats and one of the greatest sandwiches around, according to locals. Po’boy lovers from far, near, and wide head to the Oak Street Po’Boy Festival to the taste po’boys from restaurants such as Crabby Jack’s, G.W. Fins, Bourbon House, Emeril's Delmonico, and many more; sit in panel discussions on topics like po’boy history and French bread-baking traditions; and enjoy live music, arts and crafts, and competitions. You have something better to do on October 23?

Interested in learning more about sherry cocktails? The new American rum revolution? A boozy tour of the French Quarter? Like your conferences shaken and not stirred? This is your jam. Tales of the Cocktail  offers more than 200 seminars, tastings, competitions, networking opportunities, and of course, cocktail parties. While geared toward industry professionals, cocktail enthusiasts belly up to the programming, too.

Insider tip: Plan ahead to reserve a table in a restaurant participating in the Spirited Dinner Series, where some of the world’s top mixologists work with top chefs to create innovative pairings. 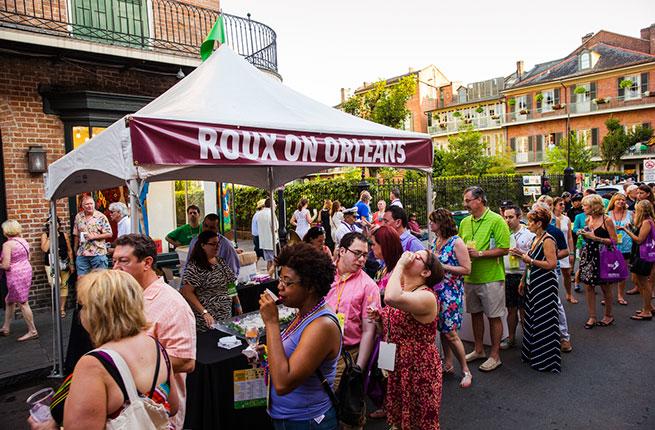 Thousands of gourmands descend on the Big Easy every spring for their fill of merlot and gumbo at the annual New Orleans Food and Wine Experience (held at the end of May). This four-day event offers seminars, wine tastings, crafts, a street stroll (more a party than a walk), and lots of delicious food. Over a thousand wines are featured and more than two dozen restaurants take part in special dining experiences all over the city with the events supporting culinary education. The festival culminates with a grand tasting that includes the crowning of the “King of Louisiana Seafood.”

Tip: Live large and buy a ticket to The Big Gateaux Show pastry competition; burlesque stars, pastries, and cocktails make this a party like no other.

With a mission to spotlight and celebrate the Louisiana Gulf oyster, and the restaurateurs and oyster farmers who bring it to market, the popular New Orleans Oyster Festival takes place at the end of May or beginning of June every summer. It features an oyster-shucking contest, an oyster-eating contest, and the largest oyster competition, as well as live music. On the cooking demonstration stage you’ll catch chefs from top restaurants like Trenasse and Bourbon House.