evered for their kindness, Canadians know a thing or two about making people feel comfortable. This year’s hotel winners provide comfort and hospitality with everything from a resident canine ambassador to an on-property barbershop. One genius spa manager finally got wise to the romantic nature of wellness and offers a Couples Spa Suite, which features a eucalyptus steam shower roomy enough for two, a sultry daybed, and an oversized soaking tub.

These hotels are committed to more than just their guests, giving back to and partnering with their communities, including, in one instance, art installations from the Tla-o-qui-aht First Nation, and in another, bringing in local musicians to perform live.

Perched on the doorstep of the UNESCO-designated Clayoquot Sound Biosphere Reserve on Vancouver Island sits the newly refreshed Clayoquot Wilderness Lodge. Strings of chic glamping tents set amongst ancient old-growth trees and overtop waters teaming with wildlife come complete with cozy fireplaces and outdoor cedar showers, bringing true restorative comfort to the rainforest. The property is equally about adventure as it is about indulgence at the restaurant or relaxation at the Healing Grounds Spa, in the saunas or cedar hot tubs. Activities on the trails and activities in and on the water keep guests entertained as canyoning, canoeing, kayaking, paddleboarding, e-biking, hiking, fishing, and wildlife viewing for whales and bears easily fill up the days, rain or shine. And when you’ve worked up an appetite, the culinary experience blends all that is local to British Columbia and Vancouver Island with views of cloud-shrouded old-growth or lustrous rays from the summer sun. No matter the weather, it always seemingly fits in this Pacific Northwest destination.

Now under the management of Australian-owned Baillie Lodges, Clayoquot Wilderness Lodge has a new commitment to sustainability through infrastructure investments and new partnerships with the local Tla-o-qui-aht First Nation, including art installations around the property.

Claiming to be the most photographed hotel in the world, the magical and imposing Fairmont Le Château Frontenac is perched high on a cliff overlooking Old Quebec City and the St. Lawrence River. The 100-year-old French chateau-style castle is a UNESCO World Heritage Site that was modernized in 2014 to combine luxury and sustainability.

Visitors are welcomed into its sprawling interior via an opulent reception area where they can be greeted by Jasper, the resident canine ambassador. (Guests can also check in with their own canine companions.) The chateau’s 610 traditionally elegant rooms and suites all have contemporary-style bathrooms and feature views of the river, courtyard, or city.

A sumptuous European-style breakfast buffet and Saturday afternoon tea are served in the Place Dufferin restaurant, which looks out on the cliffside boardwalk; dinner can be enjoyed at the gourmet Champlain restaurant. Activities include yoga, lectures, and wine tastings. Visitors can also explore the chateau’s rich history (Churchill and Roosevelt met here in 1943 during World War II) on their own or on a guided tour.

With the push of a button on the multilingual touchpad, you can peel back the automated blinds and curtains in each room to reveal downtown’s glossy skyscrapers. The 147 guestrooms at the Paradox Hotel Vancouver, including 16 one-bedroom suites, are spread across the 69 stories that make up this boutique hotel in Vancouver’s core. Each floor is rotated slightly to give this tower its signature twisted design. As a result, every room boasts a slightly different view of Coal Harbour, Stanley Park, the snowcapped mountains, and beyond, neatly framed by its floor-to-ceiling windows. Clad in European oak hardwood and Italian marble flooring, plus generously sized beds, these rooms embody high luxury. Indulge in a manicure or facial in one of seven treatment rooms at the onsite Xylia Natural Spa. Or unwind with your other half by enjoying personalized massages in the Couples Spa Suite, which features a eucalyptus steam shower roomy enough for two, a sultry daybed, and an oversized soaking tub.

When you’re hungry, sink your teeth in some applewood roasted Peking duck at the highly revered Mott 32, or head to stylish Karma Lounge for some Pacific Northwest-inspired share plates, both of which are on site.

Canada’s largest city is no stranger to lavish accommodations, but the palatial Royal York just might be Toronto’s crown jewel of hospitality. Equipped with a grandiose Châteauesque-style design and 28 floors, the property served as the tallest building in the nation upon completion back in 1929, and in the modern era, it packs a serious bunch in the form of fine accommodations, drinking, and dining.

Fresh off the heels of a major renovation, the lobby-adjacent Library Bar offers glamorous cocktails ranging from the bourbon-loaded Secretariat to the iconic Birdbath Martini, while the property’s main restaurant REIGN is equipped with a lengthy food menu that fuses classic Canadian cuisine with a French flair, with East Coast oysters, Cape d’Or salmon, and lobster chitarra all gracing the menu. As an added bonus, the Royal York provides a wealth of services on-property at their Hotel Shops, with a cosmetics boutique, barbershop, and multiple apparel outlets found just past the lobby.

Tatamagouche is a charming seaside village on Nova Scotia’s north shore and lies within easy reach of gorgeous beaches, thrilling ski slopes, and idyllic stretches of the Trans Canada Trail. The village and the surrounding region are full of carefully preserved reminders of earlier times, including several functioning mills and publicly accessible farms, an award-winning heritage center, and the Train Station Inn, a hotel that hosts ten beautifully appointed private deluxe suites in 10 vintage Canadian-built cabooses and boxcars.

From the outside, the Train Station Inn looks like a lovingly restored train, stretching 600 feet and weighing 400 tons. Inside, each room has been transformed into a remarkably warm and comfortable guest suite full of modern amenities and authentic period touches. Each car is unique—many offer separate bedrooms, some come complete with kitchenette facilities, and several offer berths ideal for children. Accommodations range from two to four people (five if one of them is a child), and each car includes a private washroom.

The Dining Car Restaurant continues the theme by transforming a 1928 dining car into a restaurant serving a full menu at breakfast, lunch, and dinner. Specialties tend toward artfully conceived seafood dishes, and seasonal ingredients come straight from the Dining Car’s extensive garden. Named after the little jitney train that once took passengers from the train station into town, the Jitney Café adjoins the Dining Car, offering coffee and light refreshments throughout the day, along with free WiFi. The Platform Kitchen offers burgers, hot dogs, and a fresh, hearty southwest salad; outdoor seating is available when weather permits. The Baggage Bar serves adult tipples from mid-morning to mid-afternoon. Every few days throughout the summer, some of the best musicians from Nova Scotia and beyond perform live on the platform, adding just a bit more atmosphere to one of the most distinctive stays in the Canadian Maritimes.

by Anna Kim
Continue Reading Article After Our Video 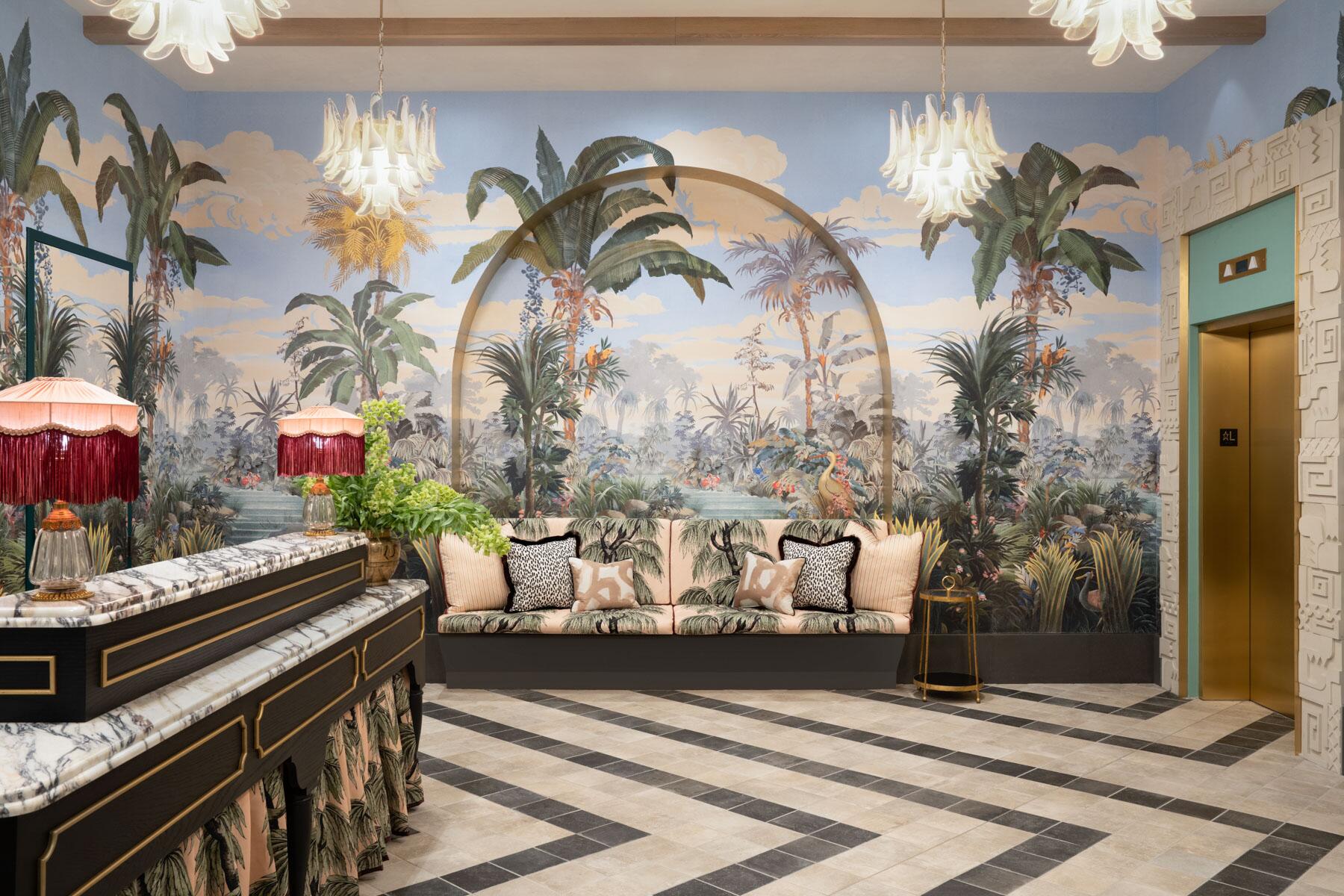 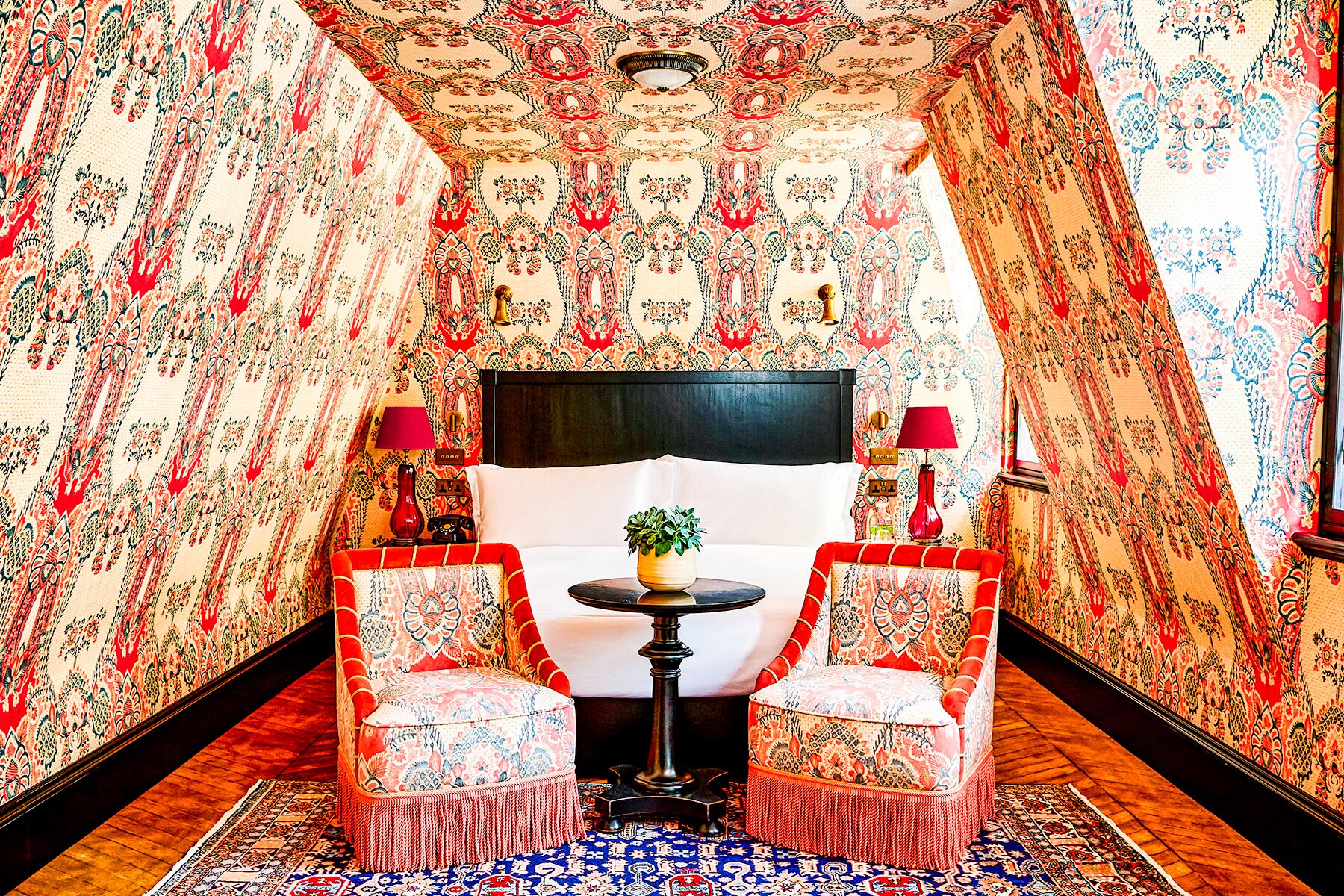 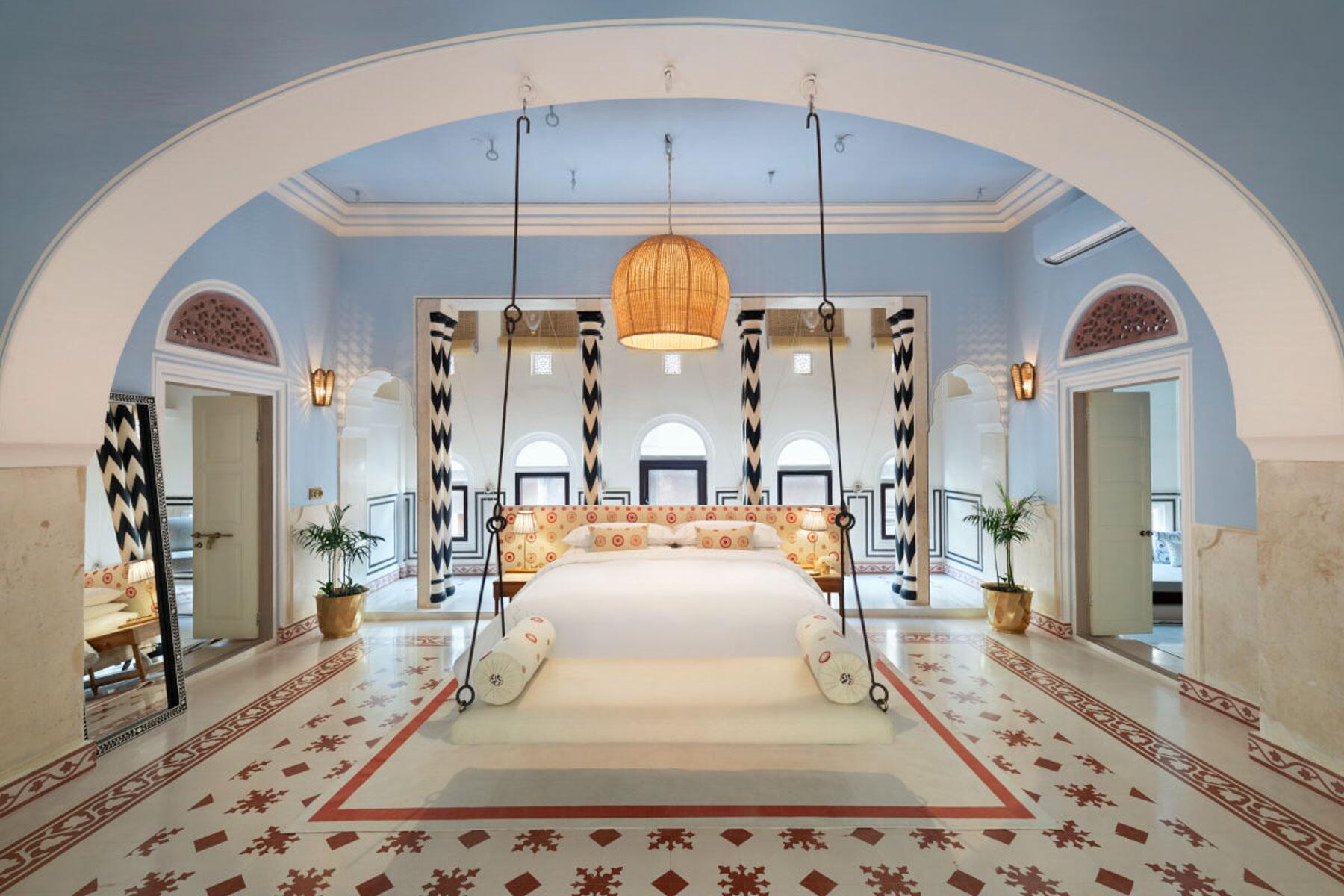 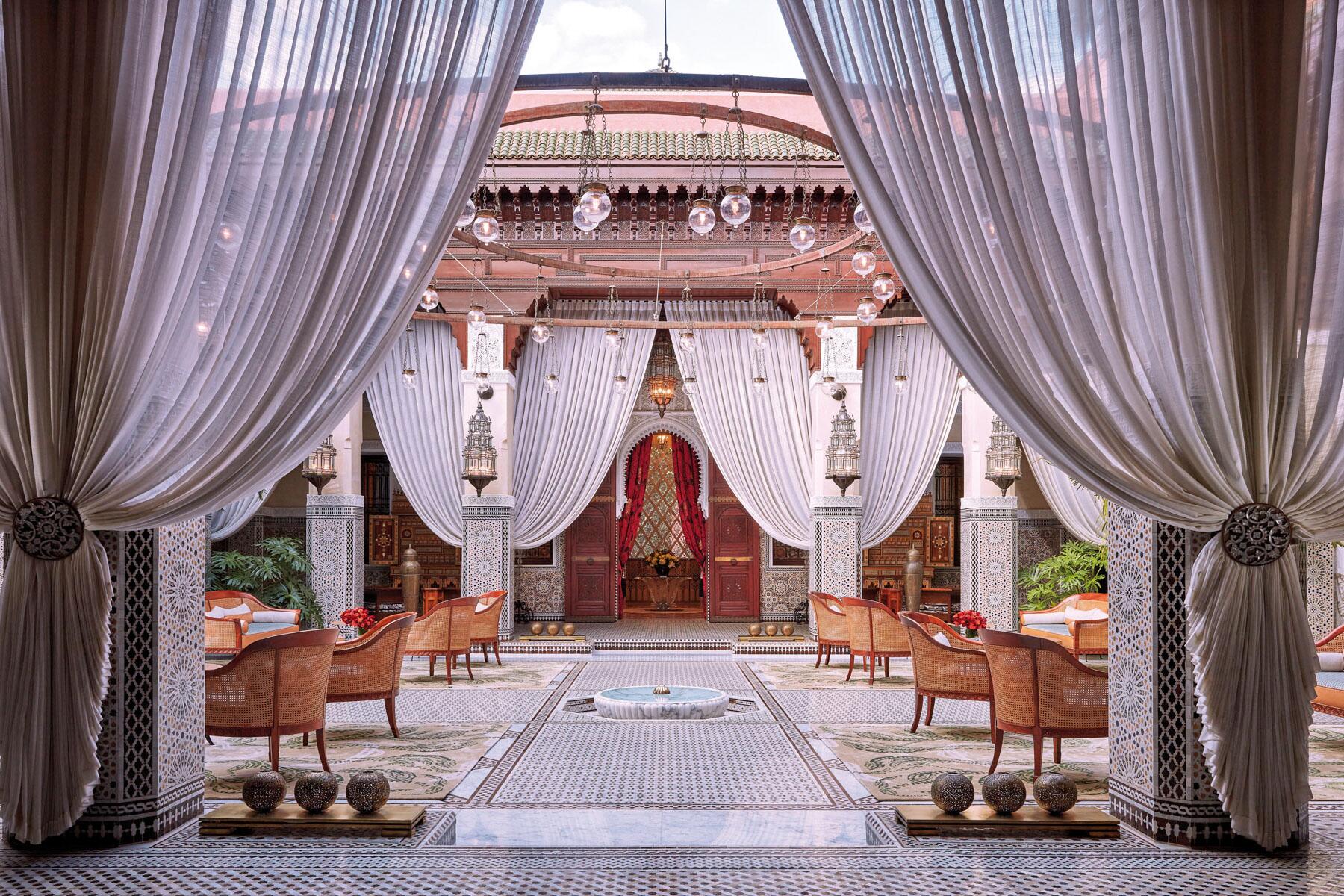