Although it is a country rich in heritage and cultural exports, Colombia’s dominant narrative in recent history has been of violence. But though Medellín—the home of drug kingpin Pablo Escobar and the city that bore the brunt of the carnage—is by no means healed, it is in recovery. This is seen, and in some cases critically reflected, through spaces of art, from the historically informed graffiti in the former drug stronghold of Comuna 13 to the museums blending old and new, to clothing and furniture design to the voluminous works of Botero. That art now flourishes is an indication of renewal. For a background on the city’s past conflict, visit the Museo Casa de la Memoria which includes statistics, news reports, and personal accounts of victims. Then check out below for where to scope out art in Medellín today. 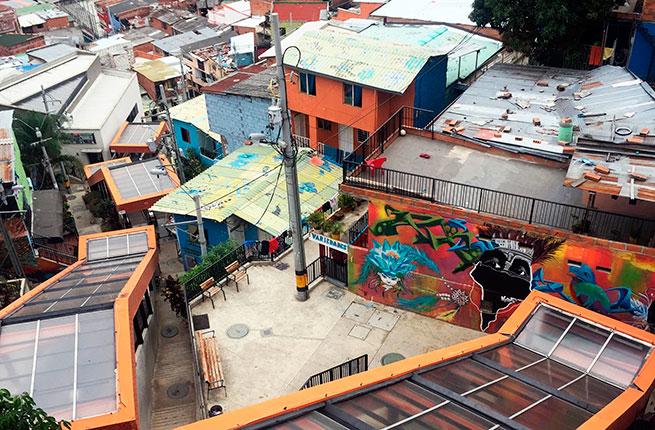 In the west of the city is Comuna 13, one of the poorest and formerly one of the most violent barrios in the city. During the Escobar regime it served as a major hub for trade and later became a stronghold for gangs because of its hilly geography in the Andes, which created a natural fortress for hiding.  Today it is an example of the wonders of urban regeneration projects and the home of the famous 28-story outdoor escalators helping residents travel to and from their homes in the steep terrain.  The area is also famous for its vibrant community-inspired graffiti murals, commissioned by the government. It is advisable to take a tour to safely view pieces and have a tutorial on how visual symbols—like white handkerchiefs of peace held by elephants—relate to Colombia’s history. 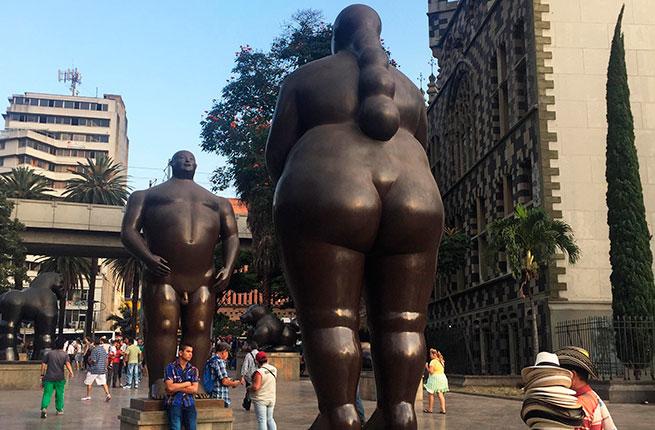 Medellín is the proud birthplace of figurative artist Fernando Botero, who despite spending much of his time abroad has titled himself “the most Colombian of Colombian artists.” You’ll find both tourists and native Colombians lounging around (and on) his distinctively rotund bronze statues in Plaza Botero or Plaza de Las Esculturas (Sculpture Plaza) in the city center, just steps from the Parque Berrio metro station. Donated by Botero himself, the 23 bronze sculptures include crowd-pleasers like Hombre a Caballo (Man on Horseback) and Soldado Romano (Roman Soldier). Here is also where you’ll find the architecturally stunning Uribe Palace of Culture, the Museo de Antioquia, native ceiba trees, and beautiful sky-reaching palms.

Surrounded by the Plaza Botero, the Museo de Antioquia is Colombia’s second-oldest museum. Founded in 1991 by Doctor Manuel Uribe Ángel, Antonio José Restrepo, and Colonel Martín Gómez as the Museo de Zea, it was named after the botanist and diplomat Francisco Antonio Zea. It later evolved to contribute in the preservation and development of the arts.  Besides Botero’s works—the first of which was donated in the 1970s—you can find pre-Columbian, colonial, and modern pieces, as well as a screening room for historical films and a comprehensive resource library.

The Medellín Museum of Modern Art (or MAMM) holds a core collection both historically and artistically valuable to Colombia, with 2,000 pieces by artists like Beatriz González and Enrique Grau. It is the destination for the single largest collection of works by the transgressive Medellín-born master Débora Arango. The museum’s original space was in a small house, but it has been moved to a stunning and cavernous former steel mill. The museum has carved out a vital cultural space within the community by promoting emerging artists and hosting film and music events. 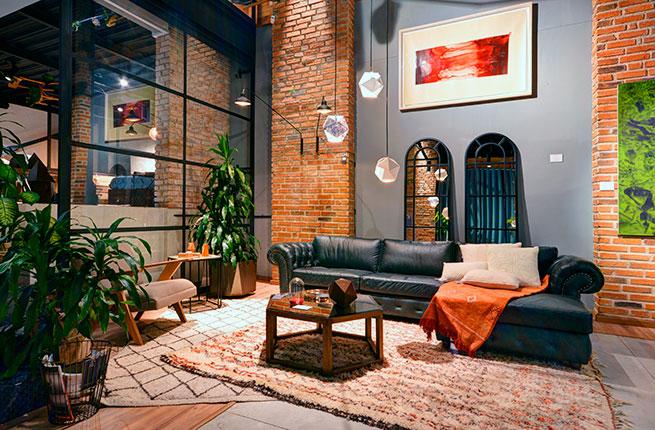 Design is a way through which Colombians have sought to preserve their history while embracing innovation. The Blue House in downtown Medellín integrates art into its one-of-a-kind exquisite pieces of furniture, lighting, and accessories like scarves and necklaces, all manufactured in Colombia. The space also doubles as a gallery for painters and sculptors, curated by Timebag, an organization of artists that create and find alternative exhibition spaces. Nearby Makeno showcases emerging clothing and jewelry designers in a large, airy space with a café on the premises. Every year Medellín also hosts a design week, integrating design and art in events all over the city, including concerts.  This year’s design week is June 18–24. 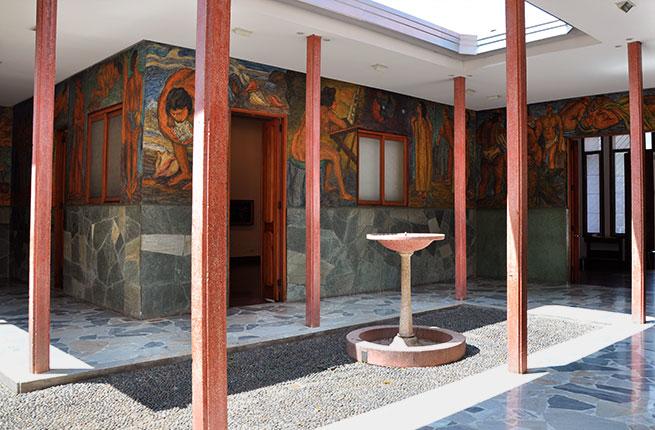 Galleries are an easy way to take in the scope of Medellín's art scene. The classic 45-year-old contemporary Galeria de La Oficiana was created by Alberto Sierra, who was also instrumental in the creation of MAMM. Younger and edgier contemporary art spots include Lokkus Arte Contemporáneo  and Plecto. PorEstosDías and Taller7 house independent art spaces and artist collectives, while Casa Museo Pedro Nel Gómez is the space where the influential painter worked and lived, with an extensive collection of his works. 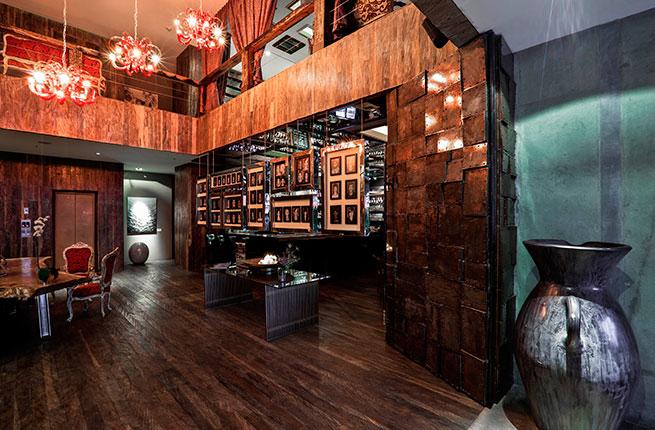 If the visual arts is a priority, why not stay somewhere with a creative theme?  The Art Hotel is a cozy boutique experience that curates its brick walls with colorful modern pieces. There’s also a spa to relax in, which will be more than welcome after a day of gallery-hopping.  Staying a few blocks away at the chic The Charlee – Medellín is like living in a work of art. Rotating exhibits by local artists hang throughout the space while the stairwells and garage are painted with eye-popping street art, which also rotates every few months.  The Charlee also has a rooftop bar and is surrounded by the liveliest nightlife in Medellín.