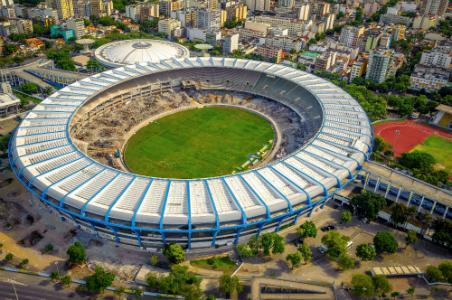 In the summer of 2016, 205 countries will be represented by 10,500 athletes in the first Olympic Games to be held in South America. For 17 days, 42 sports (including rugby and golf, returning to the Games after 92 and 112 years, respectively) will showcase their top athletes in 306 medal events. There are 7.5 million tickets available, 3.8 million of which are less than $30. Here’s how to get one.

First, register on the Rio 2016 ticket web portal for ticket updates and alerts and the Olympic schedule.

As of March, Brazilian fans were able to apply for the first ticket draw, and non-Brazilians can buy tickets through authorized resellers. Residents of the United States and Canada can purchase theirs through CoSport, which is currently accepting requests for individual tickets. All requests must be received by 2 pm EDT on May 4, 2015. Individual ticket requests will be confirmed by CoSport on May 11. What remains of individual tickets will go on sale starting May 19, but putting in a ticket request before the deadline is the best chance you have of attending the most popular events. In coming months, some tickets will be sold as part of packages that include lodging.

The tickets for the first Brazilian draw will be announced in June, and those who applied but did not make the first draw can register for the second in July, with the results announced in August. All unsold tickets after the lottery will go on sale to Brazilian residents.

If you want your tickets delivered, they will be mailed to you in May 2016. Otherwise, they will be ready for pickup in June 2016.

In an effort to make the biggest sporting event in the world accessible to everyone, tickets will be sold at a reasonably low cost, with the cheapest going for about $15. Tickets for pool-based events are among the priciest, from about $100–$350. Prices for individual events can be found here. Note that prices are in the Brazilian real, which is currently equivalent to about 0.34 USD.

Tickets to the Paralympic Games are being sold on a different schedule and will be announced at a later date.